There often seems to be an undercurrent of fear of female sexuality in religion and mythology. It isn’t always that direct, and sometimes male sexuality isn’t viewed that positively either, but it’s pretty blatant sometimes. The idea of the whore in religion is an interesting and disturbing one. The term itself is kind of confusing even in English, as it initially meant a prostitute, then came to mean a promiscuous woman in general. There’s overlap, but it’s not quite the same. Besides, I’d argue that the real evil in adultery isn’t the sex, but the dishonesty. I know the Bible often blames women for leading men into worshipping foreign gods, which is metaphorically considered prostitution.

Jahi or Jeh is a Persian demon whose name is often interpreted to mean “whore,” although it’s possible it was originally just “woman.” In Zoroastrianism, Jahi is not only one of the worst demons in the service of Angra Mainyu, but also the originator of menstruation. The story has it that, after Ahura Mazda and Angra Mainyu started their eternal conflict, the latter created a bunch of demons to serve him, then went to sleep for 3000 years. Jahi woke up him up and he kissed her, which caused her to menstruate for the first time ever. This also changed his form from a lizard-like one to human. As this page says, it’s kind of weird that a sexual act would cause someone to START menstruating. The page focuses largely on Jahi’s appearance in Shin Megami Tensei, a video game franchise I really don’t know anything about, but it’s the source of the picture of the demoness I used at the head of this entry. Jahi somehow spread her curse to all women. Because of its link to her, menstruation is unclean and can defile holy things, something also seen in the Bible. The thing is, even if men only see women as baby factories, don’t they have to start menstruating before they can make the babies? What I’m curious about is how Ahura Mazda intended human reproduction to work. In addition to the period thing, Jahi is the creator of snakes, and her glance and touch can cause massive destruction. She’s sometimes regarded as the consort of Angra Mainyu, and is said to have killed Gavaevodata, the primordial cow from which all life originated.

I’ve seen it suggested that Jahi was the model for the Whore of Babylon from Revelation 17, described on her own forehead as “the mother of harlots and abominations of the Earth.” 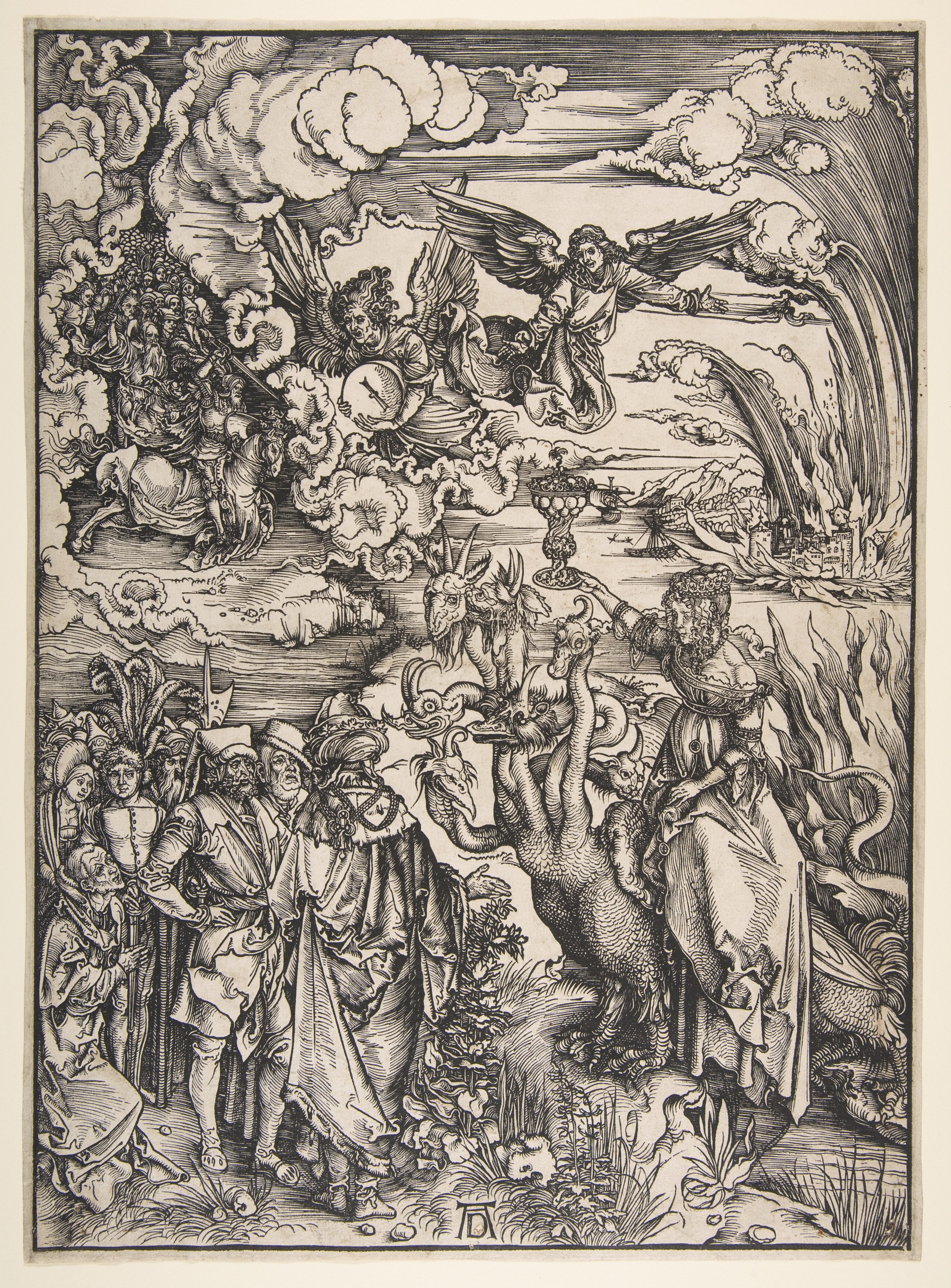 She’s generally regarded as a symbol of Rome, metaphorically called Babylon after an earlier empire that had conquered the Jews, sitting on a seven-headed beast said to resemble the seven hills on which the city was built. This page links her cup “full of the abominations and filthiness of her fornication” with menstruation.

Whether or not there’s a direct link, John of Patmos does appear to be drawing from similar imagery. Why the writing on the woman’s forehead? Apparently Roman slaves were sometimes marked with tattoos, so I guess that could extend to prostitutes. This sort of thing is pretty common in Revelation: the Mark of the Beast is made on people’s right hands or foreheads, the people of God on the new Earth will have the name of God on their foreheads, and Jesus has “King of Kings and Lord of Lords” written on his thigh. 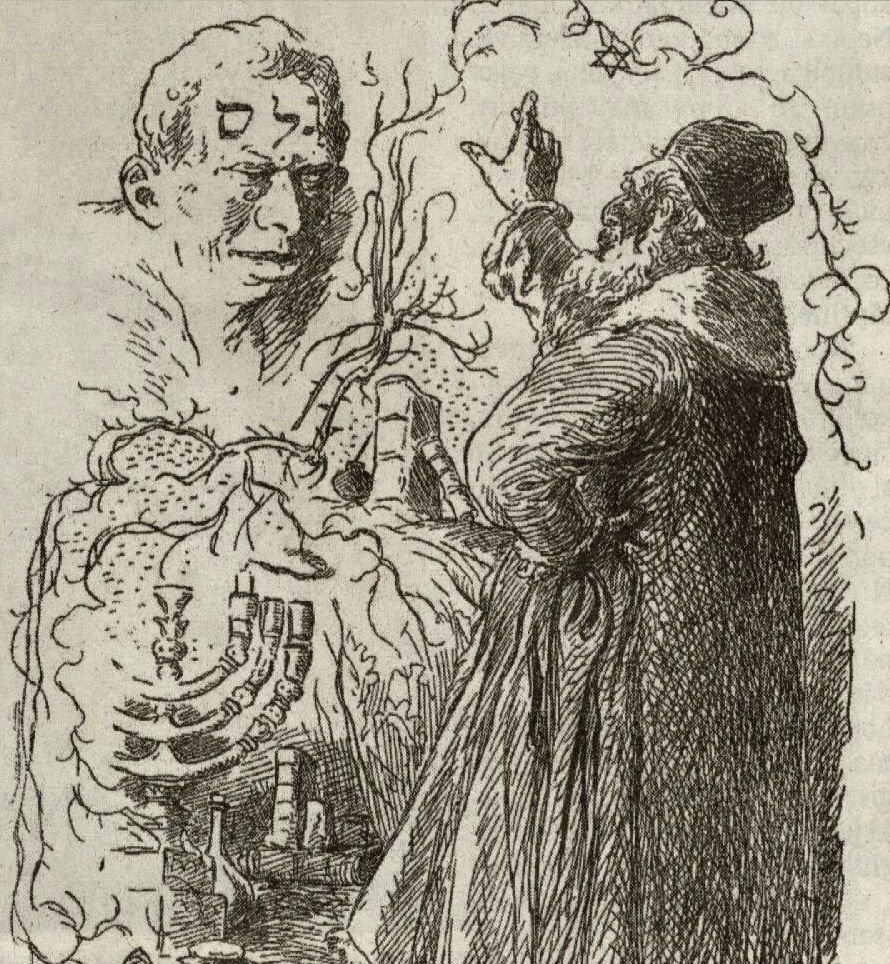 Golem legends sometimes had them animated by holy words on their foreheads. I remember when I noticed They Might Be Giants had a few mentions of forehead writing in their work. The song “Somebody’s Body” has the lyric “What’s the writing on your forehead say?”, presumably addressing a women with sex appeal who “threw me away.”

In “Whistling in the Dark,” a woman who wants to poison the narrator’s mind has something faintly written across her scalp. And the cover art for John Henry features a skull with “THEY” on the forehead.

I might have come up with some other possible examples before, but if so I can’t recall them just now. I guess the Ugliness Men in “Someone Keeps Moving My Chair” using a green Magic Marker to write on the back of Mr. Horrible’s head is kind of a variation.

1 Response to The Big Big Whoredom