For some reason, the name “Gramblamble Land” kept sticking in my head. Perhaps not surprisingly, it’s an Edward Lear reference, to “The History of the Seven Families of the Lake Pipple-Popple” (not to be confused with Dr. Pimple Popper), the lake being located in the Land of Gramblamble on the outskirts of the City of Tosh. The story, along with Lear’s other published works, can be read here. Lear’s nonsense poems and stories prove that being funny doesn’t necessarily preclude being sad and/or disturbing as well. The seven families are parrots, storks, geese, owls, guinea pigs, cats, and fish. The children go out into the world and all do exactly what their parents warn them not to, and end up dead. When the parents learn about it, they have themselves preserved in bottles in a museum.

Not only do I like the sound of many of Lear’s nonsense words, but he uses a lot of them in multiple works. I’ve already written about the adjective “runcible,” as seen in “The Owl and the Pussy-Cat.” “Seven Families” has an animal called the Clangle-Wangle, an incredibly fast creature that can live on land or in the water, and use their long tails as sails.

They’re said to “subsist entirely on vegetables, excepting when they eat veal, or mutton, or pork, or beef, or fish, or saltpetre.” I’ve heard of actual people who consider themselves vegetarians and do much the same. The cats die of exhaustion when trying to chase one. In the same collection, “The Story of the Four Little Children Who Went Round the World,” there’s an old QUANGLE-Wangle who serves as the kids’ cook.

Most of the pictures of the Quangle-Wangle have him obscured by something, but the most clear one shows him as a flexible being with long fingers.

And in “The Quangle Wangle’s Hat,” the titular character wears a hat 102 feet wide, on which a lot of other animals come to live.

Two of them, the Pobble who has no toes and the Dong with a luminous nose, are from other poems.

The Jumblies, little people with green heads and blue hands who sail the seas in a sieve, are referenced in “The Dong with the Luminous Nose.” which explains that the whole reason the Dong made his giant artificial nose is to search for a Jumbly girl he fell in love with, but she left with her fellows.

I guess he quit wandering when he decided to live in a hat. Jasper Fforde used “The Quangle Wangle’s Hat” quite cleverly in The Fourth Bear, where the Small Olympian Bear is the main villain.

The Yonghy-Bonghy-Bo’s story is also rather sad, with the big-headed and small-bodied character proposing to a woman living on his island, only to find out she has a husband back in England. He leaves his home on a turtle, but Jingly Jones remains there and regrets her decision, which hardly seems fair to her husband either.

I have to say that The Dictionary of Imaginary Places, by Alberto Manguel and Gianni Guadalupi, might have been how I first heard of Gramblamble Land and the Gromboolian Plain. While it does contain some mistakes, I appreciate how it uses its guidebook style to describe nonsensical places in the same matter-of-fact manner as those from more serious fiction. I sometimes try to do that as well, when I’m doing a more in-universe sort of post. I don’t know whether there’s ever been an attempt to map the locations in Lear’s work. We know that the Gromboolian Plain is near the Chankly Bore, the Zimmery Fidd, and the Torrible Zone.

Picture by John Vernon Lord
I suppose it could also be the land where the bong-tree grows, although Beatrix Potter’s “The Tale of Little Pig Robinson,” a prequel of sorts to “The Owl and the Pussy-Cat,” identifies the place where the Owl and the Pussycat got married as a tropical island. This page identifies Potter’s drawing of a bong-tree as a Norfolk Island Pine, which is technically not a pine.

There is a plant actually called a bong tree, a sort of laurel found in southeast Asia, but I don’t know whether Lear was aware of this. 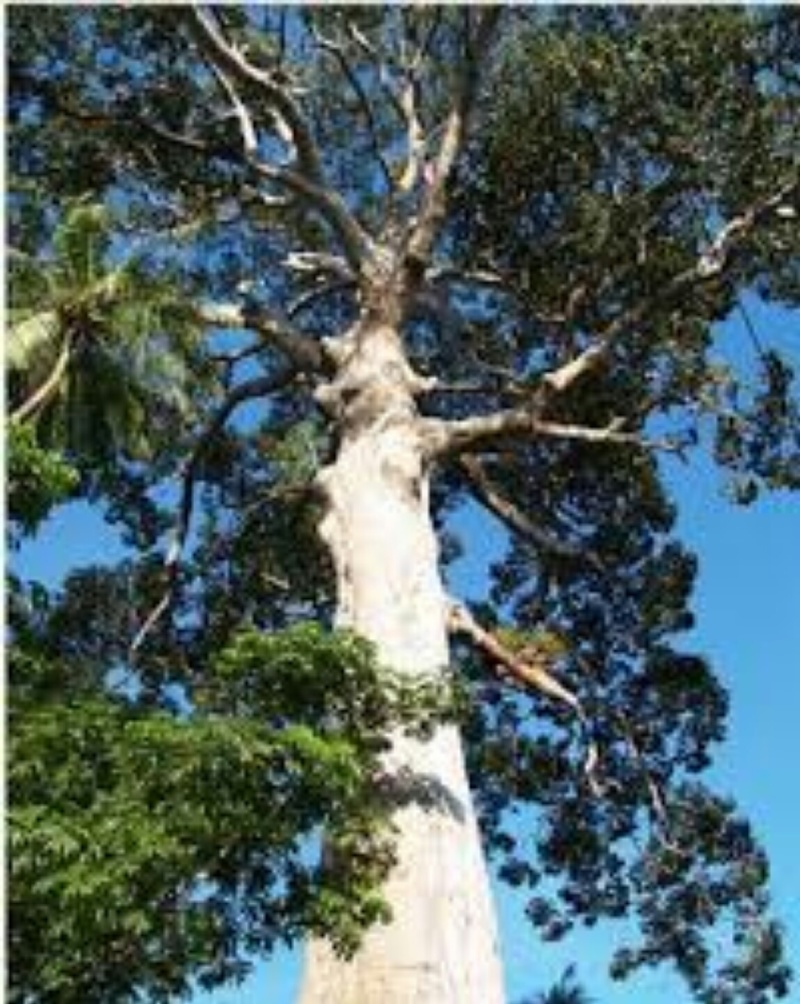 Bong-trees also grow on the coast of Coromandel, the name of actual places in India and New Zealand, but I don’t know that any early pumpkins blow to either of them. So maybe there are several lands where the bong-tree grows. 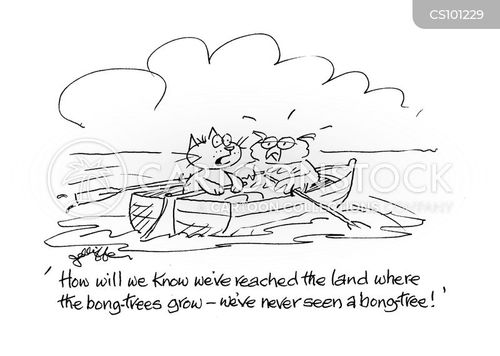 Like Loading...
This entry was posted in Animals, Art, Authors, Beatrix Potter, Edward Lear, Humor, Jasper Fforde, Language, Nursery Crime, Poetry and tagged alberto manguel, bong-trees, cats, chankly bore, clangle-wangle, coromandel, gianni guadalupi, gromboolian plain, jingly jones, john vernon lord, lake pipple-popple, owls, pigs, quangle-wangle, the courtship of the yonghy-bonghy-bo, the dictionary of imaginary places, the dong with a luminous nose, the fourth bear, the history of the seven families of the lake pipple-popple, the jumblies, the owl and the pussycat, the pobble who has no toes, the quangle wangle's hat, the story of the four little children who went round the world, the tale of little pig robinson, torrible zone, trees, yonghy-bonghy-bo, zimmery fidd. Bookmark the permalink.