No Animal Is an Island

Animal Crossing: New Horizons – I got this as a Valentine’s Day present, and I’ve been trying to put a little bit of time into it every day. I’ve played AC on the GameCube and New Leaf on the DS, and I’d like to see how the others differ, but they’re not really the kind of game you can just check out for a little while. They’re very leisurely, which is a large part of their appeal. This time, you go on a getaway led by Tom Nook to a deserted island, along with Nook’s nephews Timmy and Tommy and two other animals. 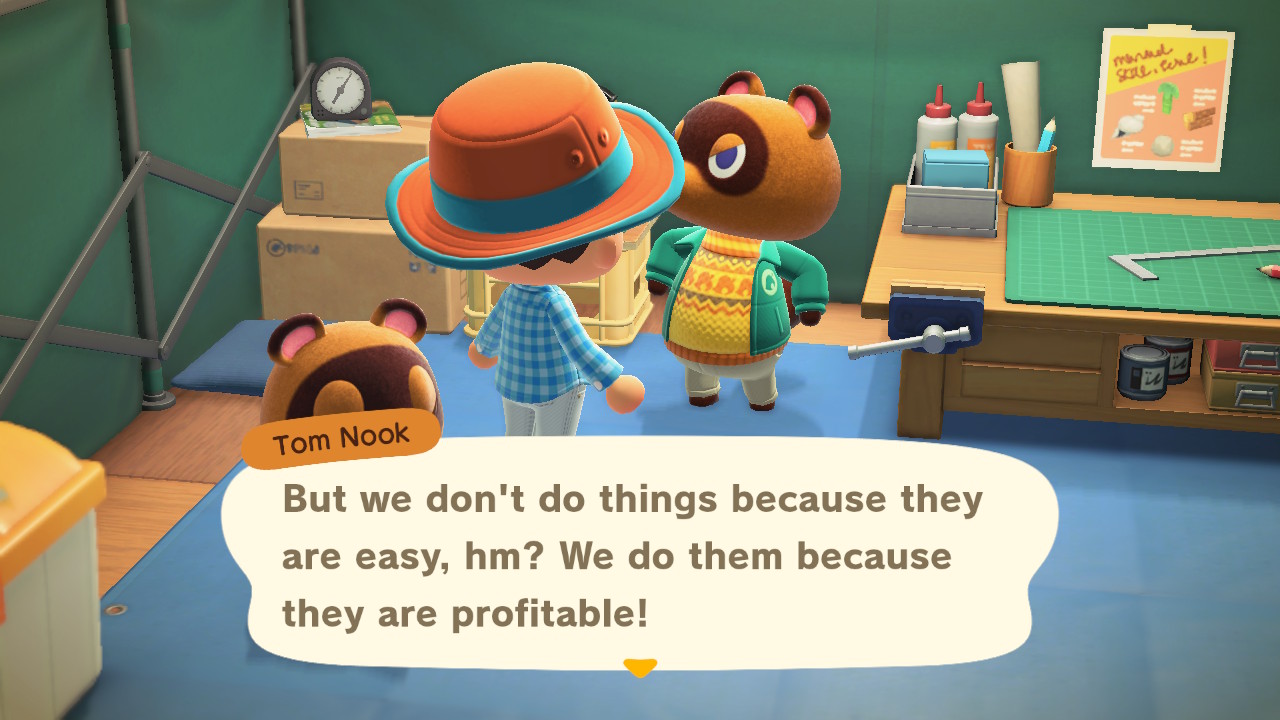 In my case, there’s a mouse named Moose who’s athletic, and a pig called Agnes. Nook sets you up with tents, but it didn’t take me long to pay off my balance and get a small house. Since I’ve found managing inventory one of the more frustrating aspects of previous games in the series, I appreciate that the house automatically has storage, and that there are some items you can place outside. Another feature I hadn’t seen before is crafting items from stuff you can find on the island. I was able to gather enough small animals and fossils for Blathers to have his own museum, but so far he and the dodo at the airport are the only permanent residents other than the ones I previously mentioned. 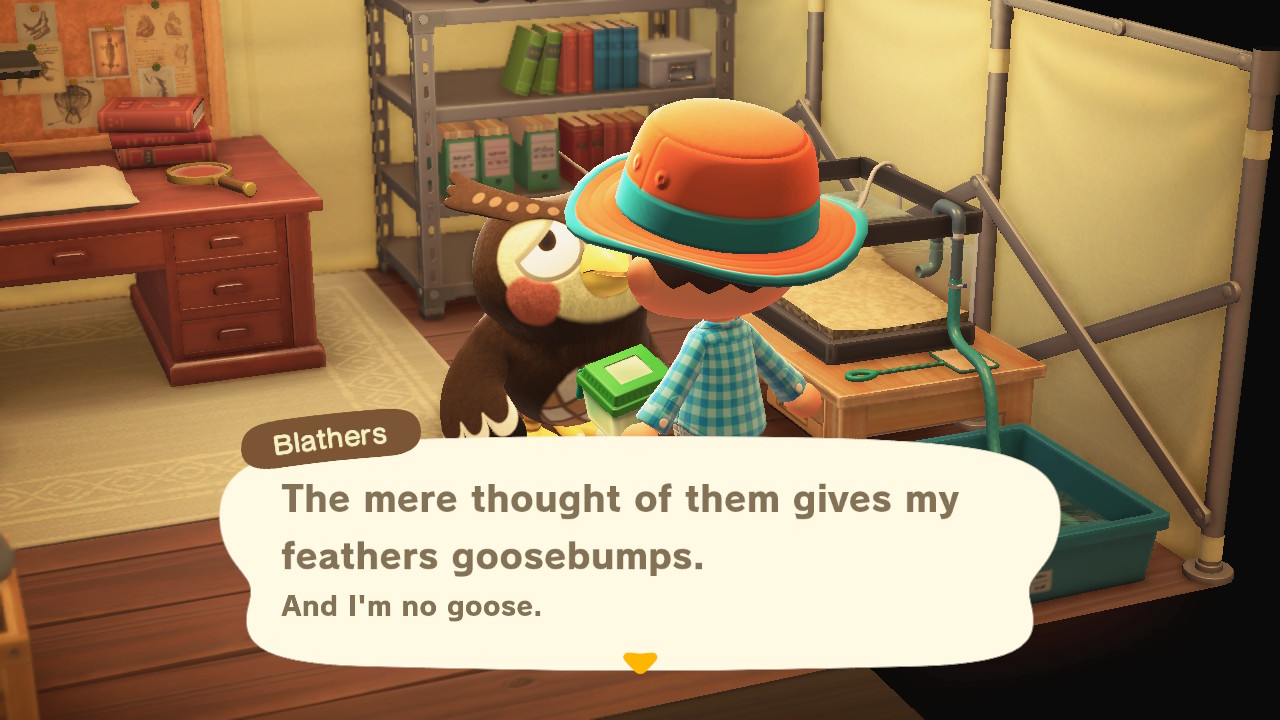 Leif, the relaxed sloth who sells gardening supplies, paid a visit at one point, as did the frequently shipwrecked Gulliver. 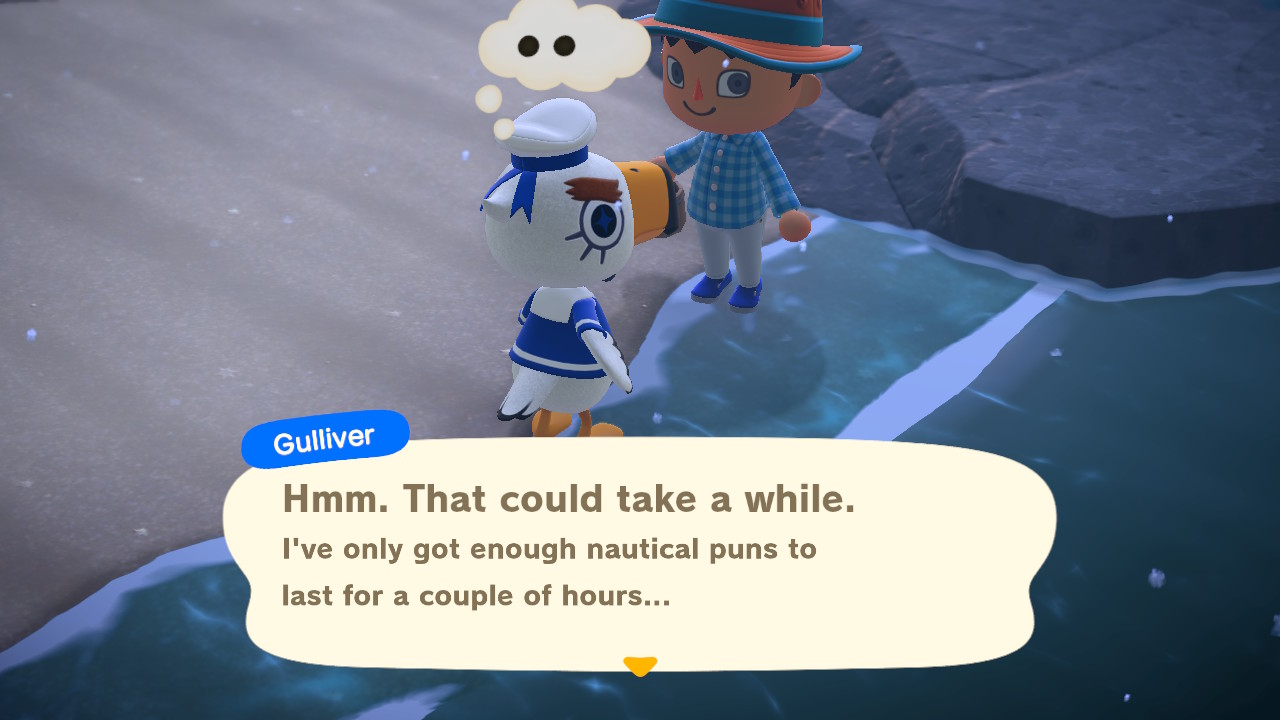 He mentioned Coralcola from StarTropics, which I’ve never played but remember seeing reviewed in Nintendo Power. I think it’s actually a free download with Switch Online, although it seems more like the kind of game Beth would be good at. One thing I haven’t yet done is gather enough material for the Nooks to build a full-size shop. The wood was no trouble, but it’s pretty rare to come across iron nuggets. It’s interesting that, no matter where your community is supposed to be located, you can eventually find every possible variety of bug, fish, and fossil. I guess it’s always been a gathering place for animals from around the world, even in prehistoric times. Maybe it’s the Garden of Eden, although I haven’t come across any forbidden fruit yet.

Since I got the game later than a lot of people, I’m not sure how many are still playing, but I know some of my contacts on social media have it. I set up an online account and have a Dodo Code, so if anyone wants to visit, let me know. As I’ve said, there’s not much there yet. The native fruit is pears, but I also got hold of a peach and planted a few trees. It’s very convenient how they can grow in a few days during the winter.

1 Response to No Animal Is an Island