Give Me Back My Name 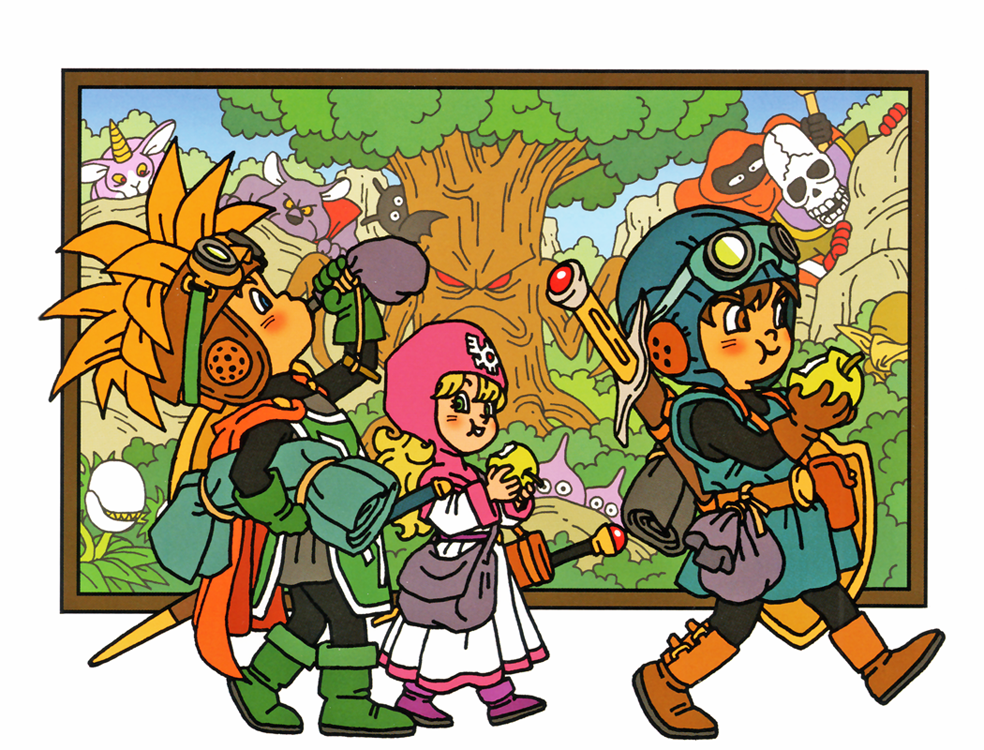 A subject I’ve sometimes seen come up on Dragon Quest fan communities is that of the names in DQ2. You give the hero, the Prince of Midenhall, whatever name you want, and that somehow determines the names of your companions, the Prince of Cannock and Princess of Moonbrooke.

There are different potential names in the Japanese version and the NES and Game Boy Color translations, eight for each character in each version, all listed on the character wiki pages I linked. When I played the NES version, the Prince was Orfeo and the Princess Gwen. I don’t understand the significance of all the names, but I have guesses for some of them. The series was intended as having a sort of medieval European fantasy setting, and the American translations doubled down on this by having everyone speak Ye Olde English (not actual Old English, which would be indecipherable to a modern reader, but the Early Modern English of Shakespeare and the King James Bible, with a lot of thous and thees) and name changes to make things sound like they’d fit into the Arthurian mythos. 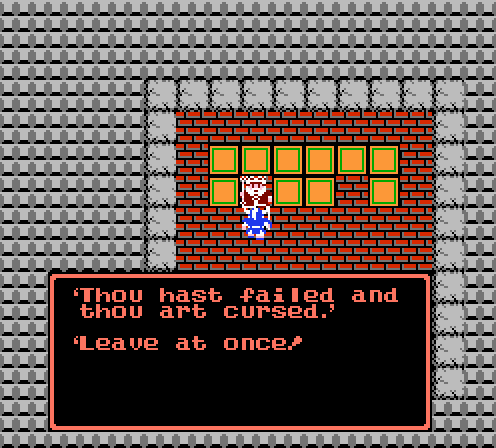 Among others, Ladutorm Castle became Tantegel, presumably after Tintagel Castle in Cornwall; Princess Lora the Welsh-sounding Gwaelin; and Roto the Germanic Erdrick. So it’s not surprising that a lot of the potential names seem to have some connection to Europe of the Middle Ages, and particularly to Britain. 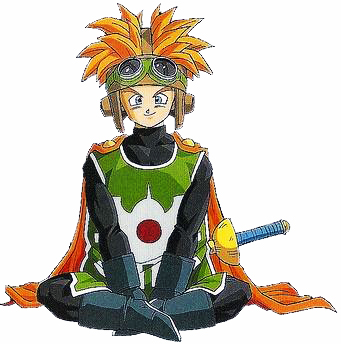 For the Prince of Cannock, one of the names is Arthur, changed for some reason to Artho in English. I assume Conan, an Irish name, comes from the barbarian. Bran is likely a reference to another legendary English king, Bran the Blessed. Lars is the name of the King of Alefgard in the Japanese version of DQ1 (it’s Lorik in English), and one of the Prince’s names in the English version of DQ2. Karl is my brother’s name, but more importantly in this case the German name for Charlemagne and the name of the last Emperor of Austria. Interestingly, it was originally the Norse word for the peasant class. Orfeo is derived from the Greek mythical character Orpheus, and there was an English poem from the thirteenth or fourteenth century that reinterpreted Orfeo as an English king.

Gary might come from Sir Gareth of Arthur’s Round Table. We then move into Scandinavia, as Eric is a Norse name meaning “sole ruler,” and Frey a Norse god associated with kingship (among other things). 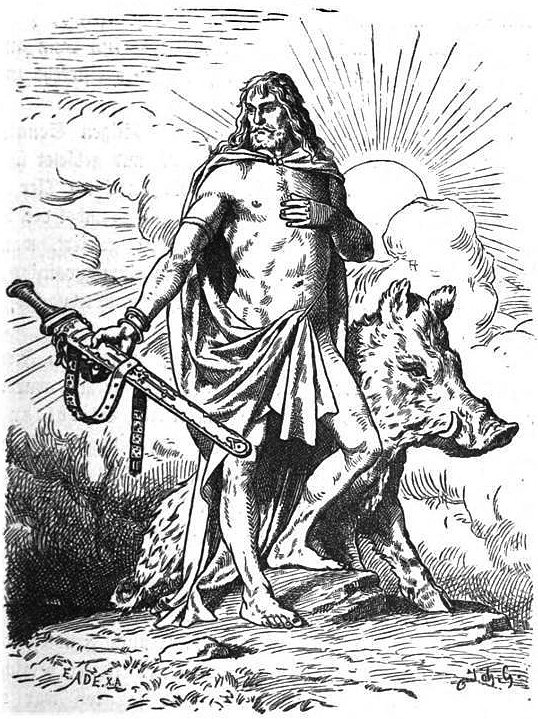 One of the Japanese names, Tonnura, appears to have come from French writer Ernest Tonnelat. It sounded so weird to Japanese players that it became a bit of a running gag in the series. It is, for instance, the name of the rebel leader in Prison Town in DQ6. In the English translation, his name is Erdrick, making it an in-joke of another sort. Cain is a bit strange because he’s known as the guy who murdered his brother, and the name intentionally references that in other Japanese names, including Final Fantasy IV. I looked up Sukesan, and saw that it’s an Indian name, a character in Dragon Ball (which, as you probably know, has the same artist as the DQ games), and the nickname of a samurai in a Japanese period drama. The Dragon Ball character’s name apparently means “invisible man.” None of that gives me any indication as to why it would be a possible name for the Prince. I’m not sure about the others. Dragon Quest of the Stars calls the Prince Caradoc, another Knight of the Round Table. And the Dragon Quest Monsters+ manga gives these characters names presumably based on the Japanese names of their kingdoms, so he’s Satori from Samaltoria. Satori is also the Japanese Buddhist term for enlightenment. In the NES Dragon Warrior III, the item that lets a party member become a sage is called the Book of Satori, and a version of this book appears in the manga.

The name the Princess of Moonbrooke had in my playthrough was Gwen, likely derived from King Arthur’s wife Guinevere, and also similar to Princess Gwaelin in DQ1. Elani might refer to Eleanor of Aquitaine, wife of King Henry II of England. I don’t know about Illyth, although it looks Welsh; and Eileen and Erin are both Irish. Sara, one of the GBC names, basically means “princess” in Hebrew, and is used for a lot of video game princesses. Her name in the novelization, Seria, might be a variant on this. A maiko is an apprentice geisha, but I don’t see how that relates. And Beth is my wife’s name, but again, not relevant to the game. A pair of names for both characters that appear in the Japanese list and are used in other media as well are Cookie and Pudding. Food-based names seem fairly common in Japanese media, although “Cookie” sounds kind of feminine in English, which might be why the translators didn’t use it. DQM+ calls her Luna, appropriate considering the name of her kingdom. Probably the dumbest names for both are Prince Princeton and Princess Princessa, used in bonus content in DQ9 and, in the latter case, in Fortune Street. That does make me wonder if that world also has Princes Harvard and Yale. 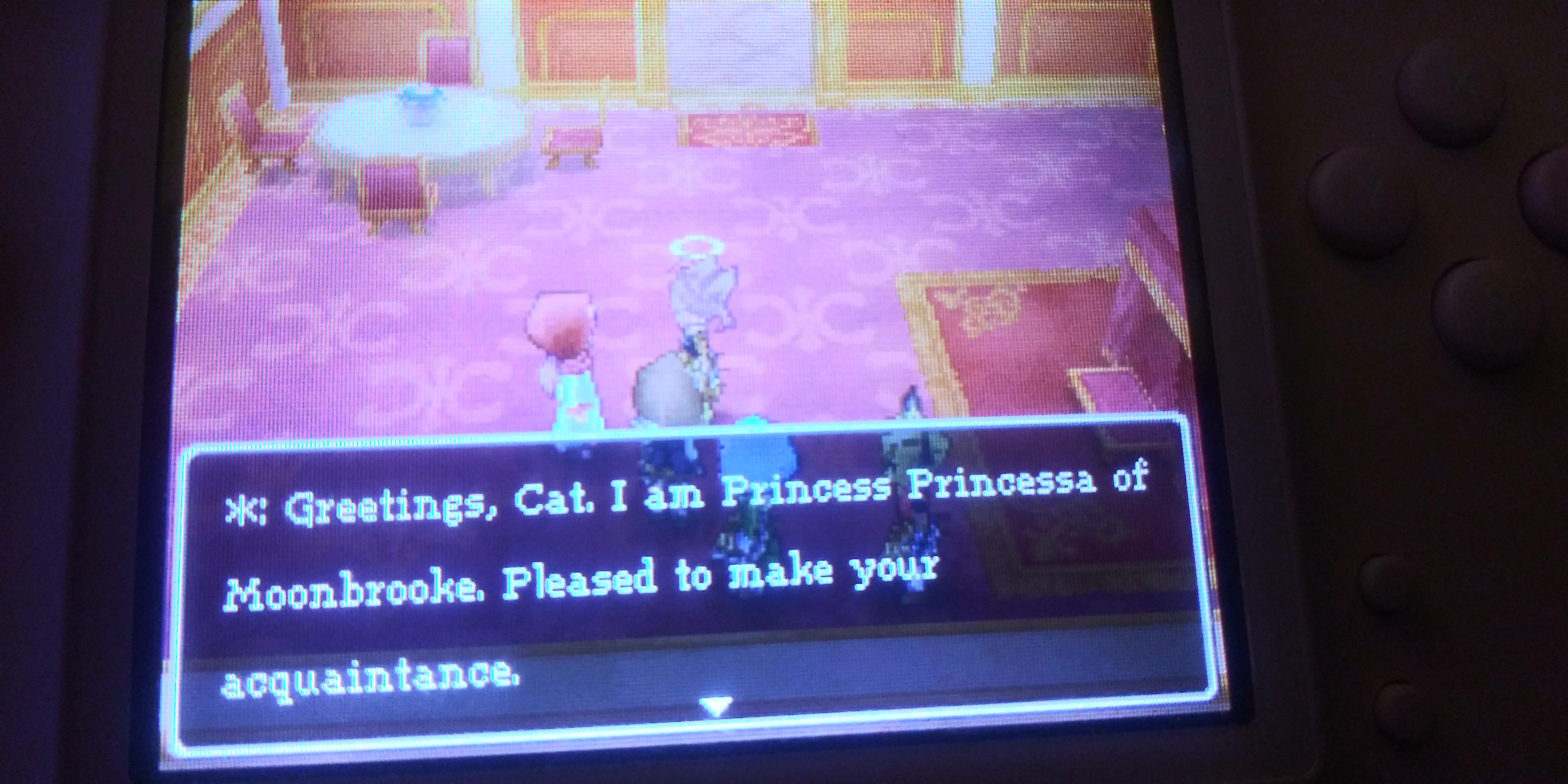 As far as the heroes go, the DQ1 hero is Alef in the novelization and CD drama, which connects to Alefgard, the country where he lives. The Prince of Midenhall is Allen in these adaptations. In DQM+, he’s Loran because Midenhall is Lorasia in Japanese. Loran is also the name of a kingdom founded by Erdrick’s descendants on the site of the Dragon Queen’s Castle from DQ3, as seen in Emblem of Roto, but I’m not sure that’s related as Lorasia was presumably named after Princess Lora. By the way, the names Lars and Laura are variants, both based on the laurel. I suppose Lorik has the same kind of sound, although it looks like that’s actually an Albanian name meaning “quail.” I don’t know where Gwaelin comes from.

2 Responses to Give Me Back My Name