Sick Kids of an Unholy Union 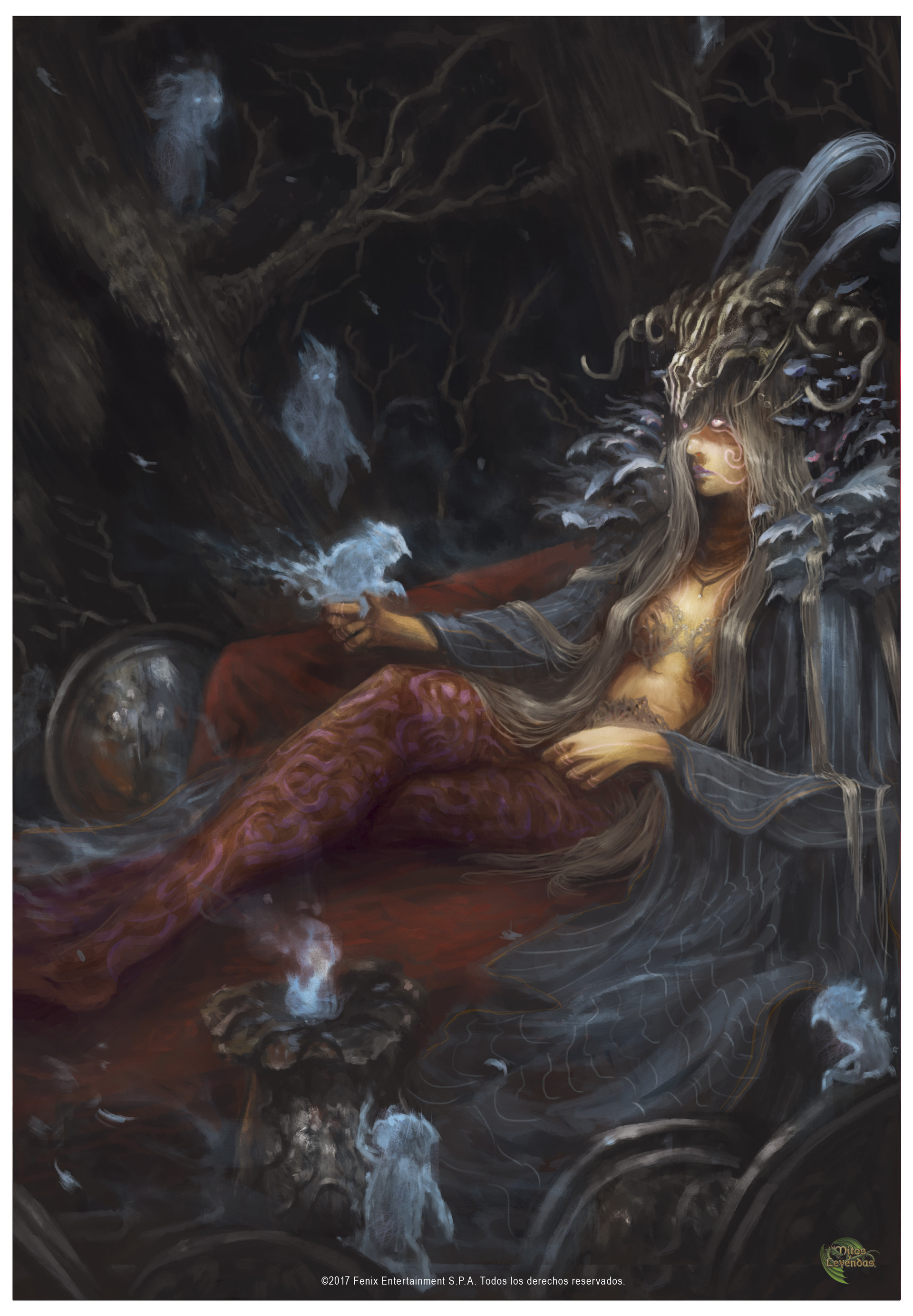 Picture by Matias Cabezas Montoya
When looking up different types of fairies, I came across the Keshalyi (sometimes spelled without the Y), which I don’t think I’d heard of before. From the mythology of the Romani (i.e., gypsies, although I understand that term is frowned upon), specifically those in Transylvania, they’re a sort of forest fairies or nymphs who are known for their abilities to heal and assist with fertility. The daughters of King Haze, mentioned on one page as a personification of rain, they’re all female and ruled by the beautiful Queen Ana. The King of the Locolics, a group of demons who were formerly human but transformed by the Devil, forced her to marry him by attacking and devouring her subjects. He then drugged her with various strange objects and raped her several times, resulting in a bunch of hideous offspring who symbolized different diseases. Melalo, the Filthy One, is a two-headed bird who rips people’s insides apart with his claws. Lilyi is a hagfish with a human head who causes mucus buildup and diseases that result from that. She was born specifically to be Melalo’s mate. Tculo is a spiny ball who attacks stomachs and intestines. Then there’s Tcaridyi, a worm whose hairs damage the bloodstreams of women who’ve recently given birth, and married her brother Tculo. Schilalyi, the Cold One, causes chills and colds, and has the form of a mouse with a bunch of legs. Bitoso is a worm with four or more heads who causes stomachaches. Lolmischo, a red mouse, causes various skin conditions. Minceskro, the one who comes from the genitals, was born from a dung beetle that entered Ana’s body, and she specializes in sexually transmitted diseases. Finally, Poreskoro has four cat heads, four dog heads, and a snake tail. This demon causes plagues and pandemics, and is able to reproduce without a partner. Poreskoro was disgusting enough to gross out even his father, who agreed to grant Ana a divorce to avoid any more such offspring. The King agreed to leave the Keshalyi alone as long as Ana lived, but any who lived to 999 would be given over to the Locolics as a bride. Ana now lives in a remote castle in the Carpathian Mountains, feeding on drops of blood from her servants in order to remain alive. Hey, when Dracula is your neighbor, you pick up some weird habits. When she appears outside her castle, it’s in the form of a golden toad. Her children reproduced with each other and created many more diseases. For more information and some artistic interpretations, see here and here. Diseases being represented as demons or monsters is a pretty universal thing, but this particular myth reminds me of the Finnish one about Loviatar’s children. Also, in Seanan McGuire’s October Daye series (I’m reading one of them now), Kesali are apparently fire fairies.

2 Responses to Sick Kids of an Unholy Union