We’re still working through all the Elvis movies. It’s kind of annoying that there isn’t one service that has all of them, but it’s not like they were all released by the same studio or anything. 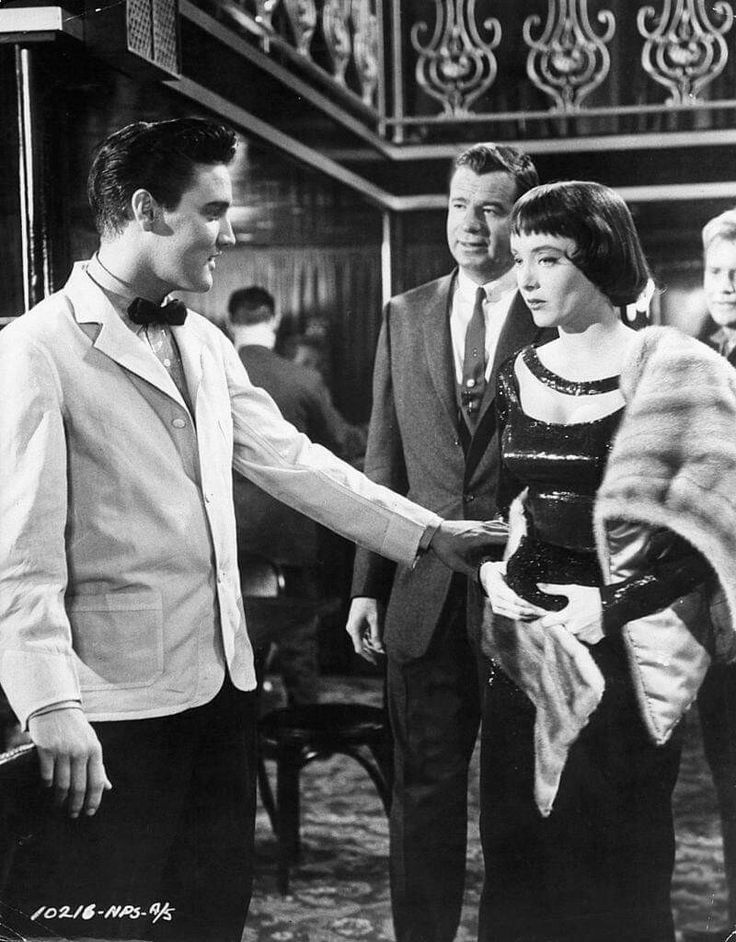 King Creole – This one is interesting for starring not only Elvis, but Walter Matthau as a nightclub-owning mobster and Carolyn Jones as his moll who befriends Elvis’ character Danny Fisher. I’ve read that the story is based on the novel A Stone for Danny Fisher, which is about a Jewish boxer in Brooklyn during the Depression and his conflicts with his father. This movie is set in New Orleans not during the Depression, doesn’t involve boxing, and there’s no indication that this version of Danny is Jewish. I guess the tension between father and son remains, though; it’s not like I’ve ever read the book. When Danny’s dad loses his job as a pharmacist, Danny drops out of school and briefly turns to a life of crime before receiving an offer to perform at the only club in town not owned by Matthau’s character. Matthau tries to blackmail him into singing at one of his clubs instead, and a deadly struggle ensues. Apparently this was Elvis’ favorite role to play.

G.I. Blues – Finally, another color movie! Made partially during and mostly after Elvis’ stint in the Army, it was made with the cooperation of the military, so don’t expect any criticism or anything. It makes it seem like serving as a tank crewman allows you a lot of free time to sing at nightclubs and pursue women. Like Elvis himself, his character Tulsa McLean is stationed in West Germany, so not an active war zone or anything. In order to raise money to open his own nightclub after leaving the service, he makes a bet that he can spend the night with a dancer, and in the process they actually fall for each other. One of his squadmates starts dating her roommate, an Italian woman. There’s a weirdly meta-referential bit in the film where, while Tulsa is performing, somebody plays Elvis’ version of “Blue Suede Shoes” on the jukebox. Juliet Prowse, who plays the love interest, dated Frank Sinatra and once hosted The Muppet Show. As far as I know, she’s not related to the physical actor for Darth Vader.

Flaming Star – Like Love Me Tender, this is a drama set in the nineteenth century, and Elvis doesn’t play a musician, although he does sing a song at the beginning He does get in a fist fight, however, as he has in every one of these so far. Elvis plays Pacer Burton, the son of a white rancher and a woman from the Kiowa tribe, who lives with his family in Texas. Strife between the white settlers and Native Americans leads to war between the two, and Pacer is caught between the sides. The movie isn’t shy about addressing racism, although the Natives do act rather stereotypically. The title references the flaming star as an omen of death that Pacer’s mother sees before she dies, and he follows suit at the end. I feel obliged to mention that Carolyn Mark covered the theme song.