The Scalawagons of Oz, by John R. Neill – This book is eighty years old now, and it’s possibly the worst in the main series. It’s not one of those books that’s particularly embarrassing in retrospect, like Royal Book from twenty years earlier, but it lacks a plot and kind of just glides along, sometimes going around in circles. What plot there is involves the Wizard of Oz creating self-driving cars. As mentioned here, the prototype for Google’s Waymo car even kind of looks like a Scalawagon, with the turret and all. 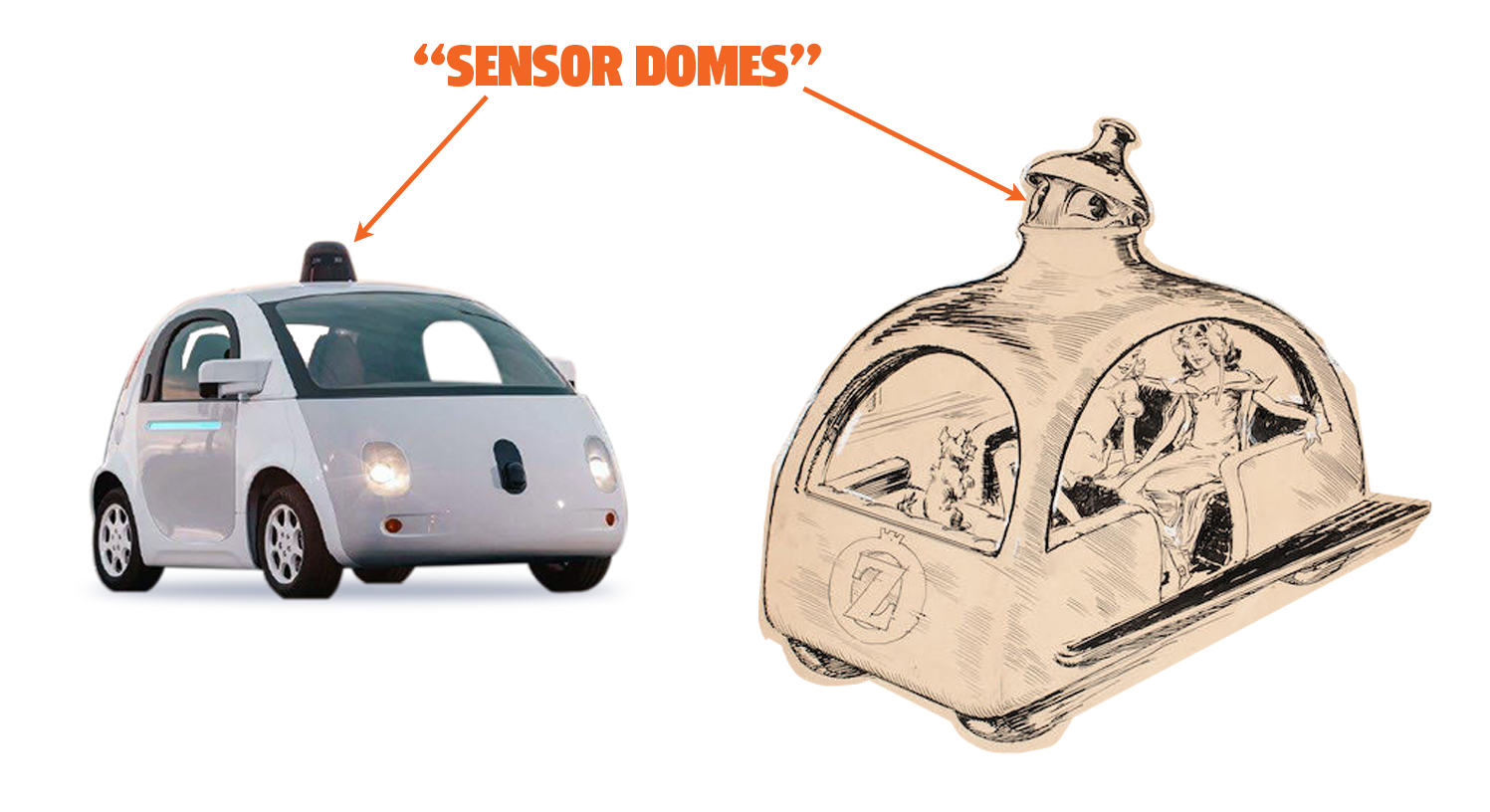 That’s not such a great idea for an Oz book even if there had been a better plot, as an easy way to travel around the country makes it less likely for someone to wander into an adventure. There’s already a bunch of transportation magic to contend with. Neill probably thought it was the next logical step after Ruth Plumly Thompson’s Ozoplanes. But the book is still pretty fun and often entertainingly bizarre. It just doesn’t have any real order or structure to it.

The Wizard leaves Tik-Tok, who here comes across as much more emotional and informal than usual, in charge of the Scalawagon factory; but things turn crazy when a ridiculous rubber creature called the Bell-Snickle exposes the cars to dangerous flabber-gas, making them run wild. 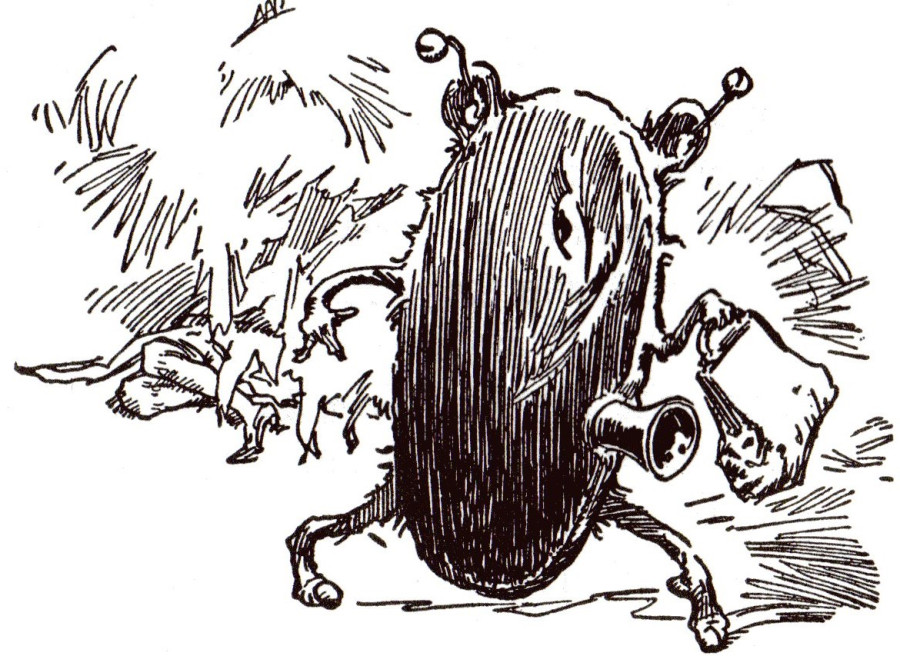 The Snickle is sort of the main villain of the story, except he really doesn’t have any motivation besides remaining a mystery and eliminating all other mysteries. Jenny Jump sets out with the Scarecrow, the Tin Woodman, and the Sawhorse to rescue the cars, and she gets separated from the others, but Number Nine finds her and they save Tik-Tok and the Scalawagons. Everyone oohs and ahs (get it?) about what the Scalawagons can do, while there’s also a stampede of animals from the Emerald City, a Mifkit getting into Aunt Em and Uncle Henry’s car, the Bell-Snickle bossing around a bunch of wandering trees, and the Wizard disappearing whenever anyone wants to ask him a question. Ozma throws a party so the Wizard can announce his surprise, then a beach party later the same day at Singing Brook, and yet another party the next evening.

Betsy Bobbin and Trot, who weren’t in Wonder City, reappear here but don’t really do anything significant. And Jack Pumpkinhead suddenly has an obsession with trying to get the Patchwork Girl to act dignified. Some new characters who are pretty interesting are introduced, including the Wizard’s grouchy clock who hassles Number Nine and the bell-headed Nota-Bells who fly using their beards; and Jenny and Nine themselves have a much healthier relationship this time around.

The Bell-Snickle is eventually integrated into Ozian society, but the Mifkit is banished even though he’s a willing worker. There’s a theme that everyone in Oz has to work, but it’s implemented rather arbitrarily. From what I gather, the Scalawagons tend to be unpopular with readers. I’m no exception, as I wrote “Revolt of the Scalawagons” to explain why they were no longer used in later Oz stories. The later Reilly & Lee Oz authors didn’t use any of Neill’s ideas anyway, but I prefer to maintain continuity as much as possible. Really, even Neill himself uses the automobiles sparingly in Lucky Bucky.

6 Responses to Dude, Where’s My Scalawagon?