I’ve gotten back into The Sims 4 recently, although I’m starting to get a little tired of it now. A while ago, I read something where people were complaining about how the game felt kind of static, how the Sims really had no memories or histories when compared to the two previous installments. I think I sort of know what that means, as they no longer have reputations and seem to care very little about what happened between each other in the past. And they’re kind of boring. While I try to keep my Sims doing productive things most of the time, I sometimes like to let them decide when there isn’t a particular goal to meet. But when left on their own, they generally just want to do the same things over and over. They really like using the telescope for some reason. And their whims are rather repetitive as well. Just the other day, I saw some similar complaints about Animal Crossing: New Horizons, which I also try to play pretty regularly. It’s harder to put aside for long because it uses the real clock instead of an in-game one, but it’s also not like you can wreck much of anything. I wonder if your house still gets roaches if you leave it alone for a long time. But anyway, the point was basically that, compared to earlier AC games, they removed some of the more bizarre characters and made the neighbors so they were pretty much all automatically friendly. 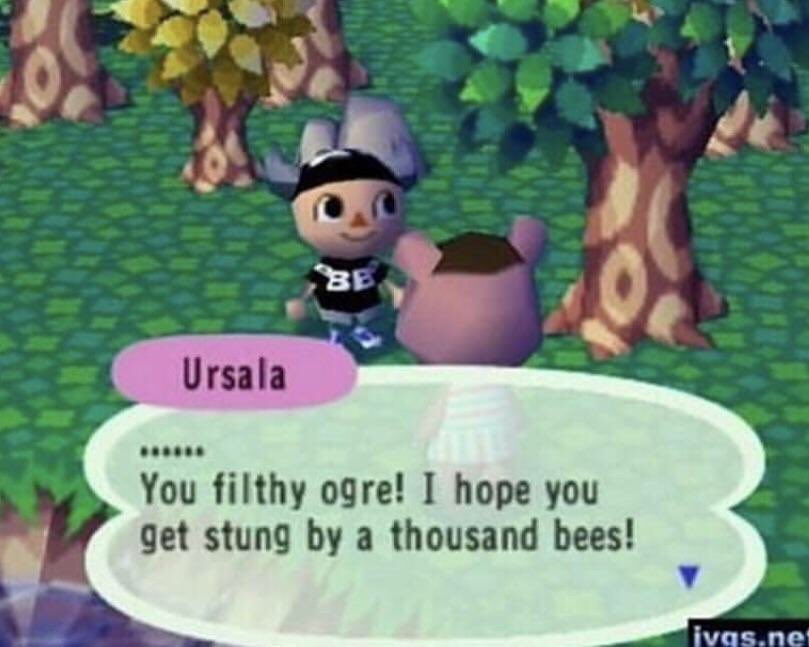 I guess I don’t really mind that much, as I mostly just walk around the island to get stuff and talk to everyone. There are some items that show up way too often, but that’s probably largely random. If I wanted to do something different, I could always fly to other islands, but as of late I’ve just made checking up on the game part of my daily routine. I don’t play it for the challenge, but I do like to have goals. After I get the house paid off, I should probably build more houses and make things more accessible. Yes, I realize I can do both, but that’s not really how I play. 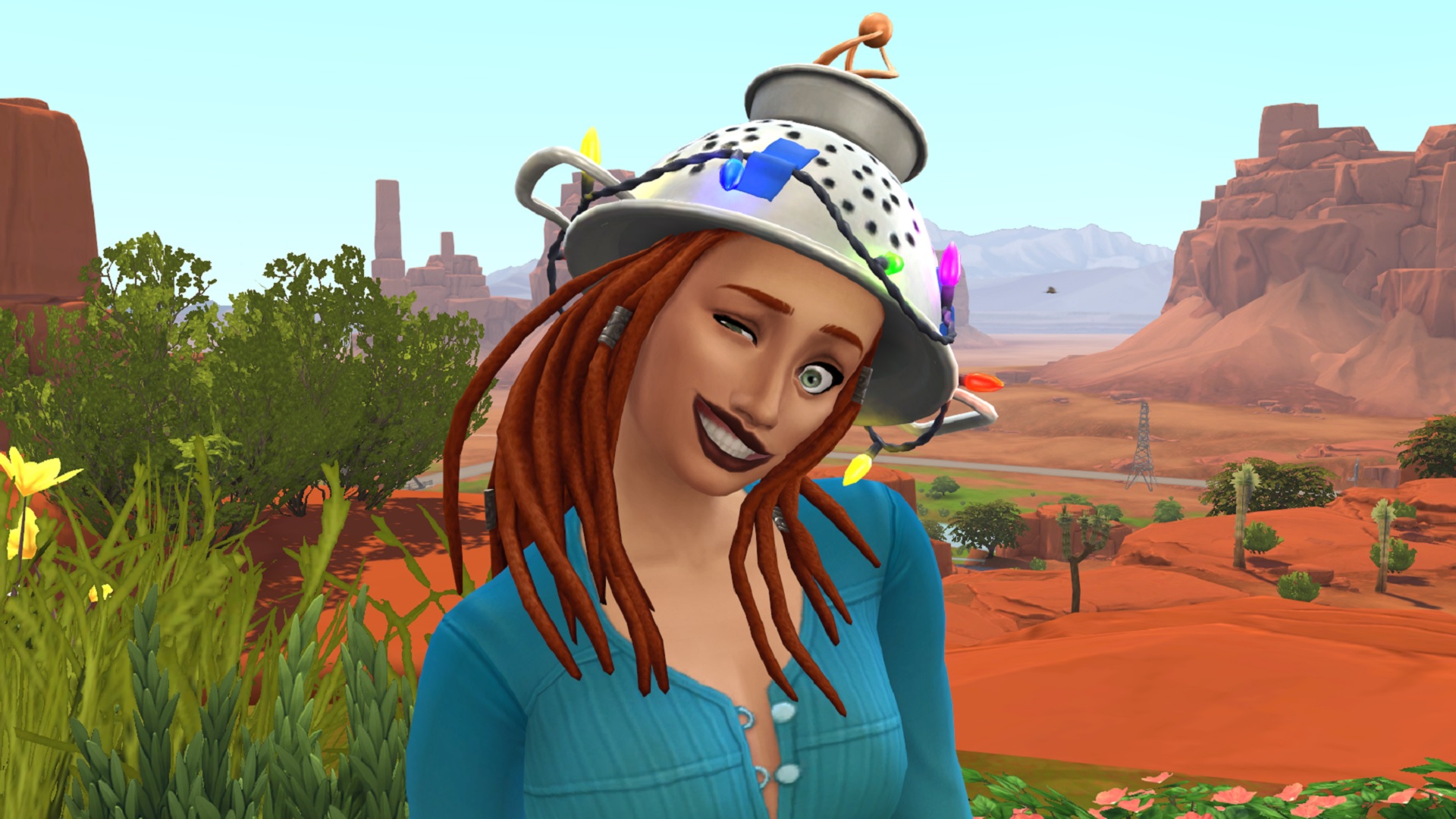 Getting back to Sims 4, I can’t even remember all the expansion packs I currently have installed. I mean, if I had a list of all them, I could probably tell you what I do and don’t have, but I can’t recite them from memory. One expansion I bought some time ago that I found intriguing but never really checked out because I was busy doing everyday things with my characters was StrangerVille, a sort of science fiction mystery adventure. That sort of theme has been present from pretty early on, as the first expansion for the first game included the possibility of a Sim being abducted by aliens. 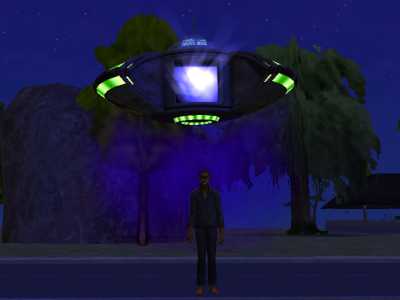 Sims 2 had an Area 51 sort of desert area called Strangetown, but I never really played that neighborhood. And I think the official explanation for what had happened to Bella Goth prior to the game is that she was abducted. 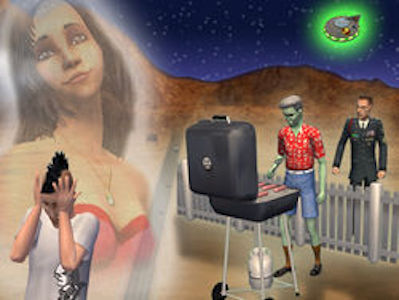 It’s always a little weird when a different sort of gameplay is introduced into a Sims game, like the world adventure packs in earlier versions. You explore dungeons and solve puzzles, but still have to make sure the Sims have regular meals and can get to the bathroom when they need to. Or The Sims Medieval, where you had tasks and quests within a Sims-style world, and the same locations were reused for many different purposes. StrangerVille is the same sort of thing. You have to convince the locals to give you information, requiring you to build up trust with them. It doesn’t really matter which locals you talk to, as they’re essentially interchangeable. This makes for a weaker narrative, but it’s difficult to hunt down individuals in Sims games. There are items you have to collect and make, including fruit from alien plants that can turn people into zombies, in order to infiltrate a mysterious laboratory and find out why everyone seems to be brainwashed and thorns occasionally appear in the plumbing. It turns out the culprit is a giant plant in the bottom basement of the lab, and you can recruit other Sims to help you fight it. 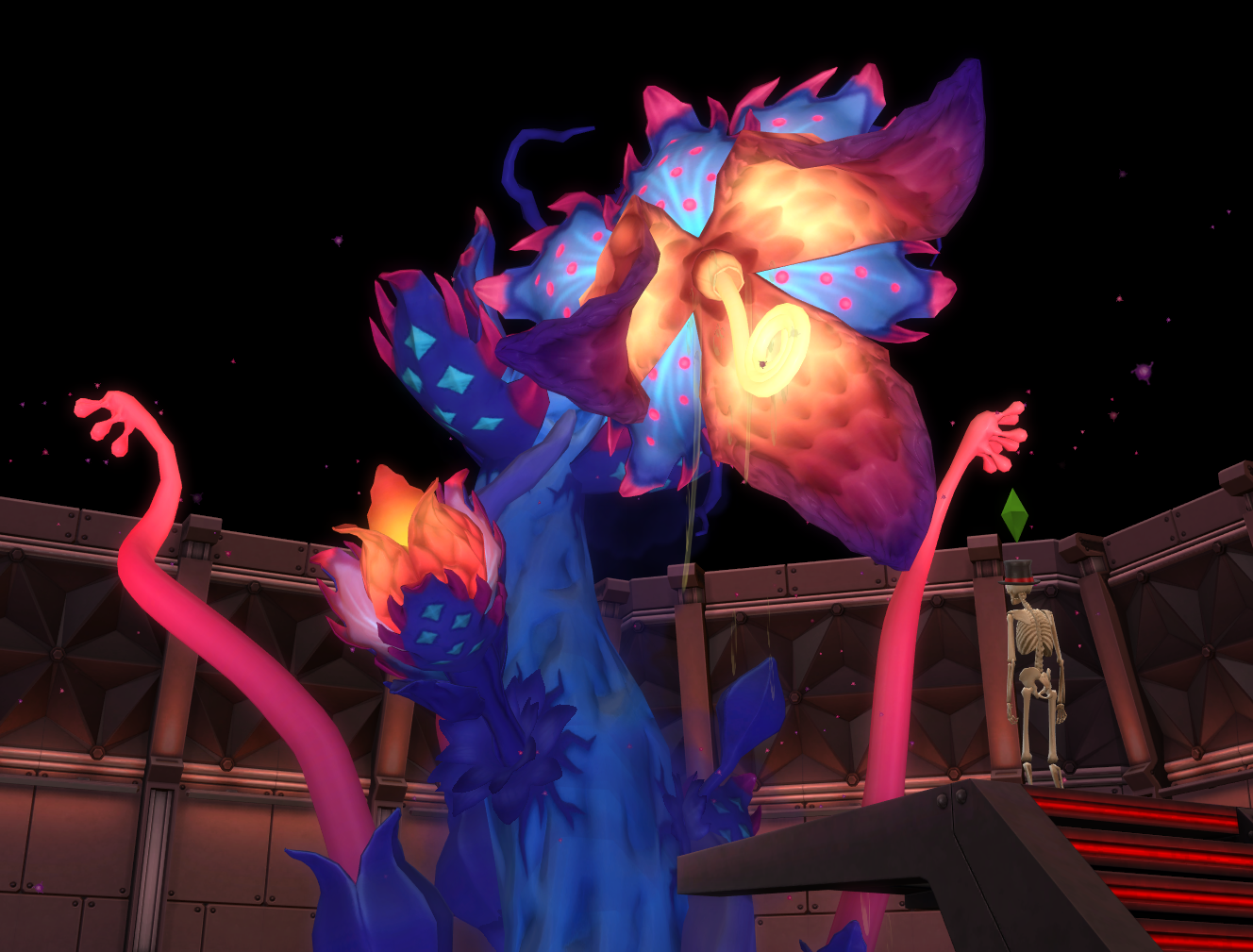 There are different strategies you can use in the fight, but I mostly just muddled through and succeeded on my second try. Solving the StrangerVille mystery is one of the possible character aspirations, but I’m not sure if you can only do it once. I suppose I could either research that or check it out in-game, but I don’t really feel like it. If you can do it all again, it means the achievement was ultimately for naught, doesn’t it?

1 Response to Strangers with Bizarre Fruit