I’ve had some of these book reviews already written for a while, and I’ve finished a few more books, so I think it’s time to put the finishing touches on this post. 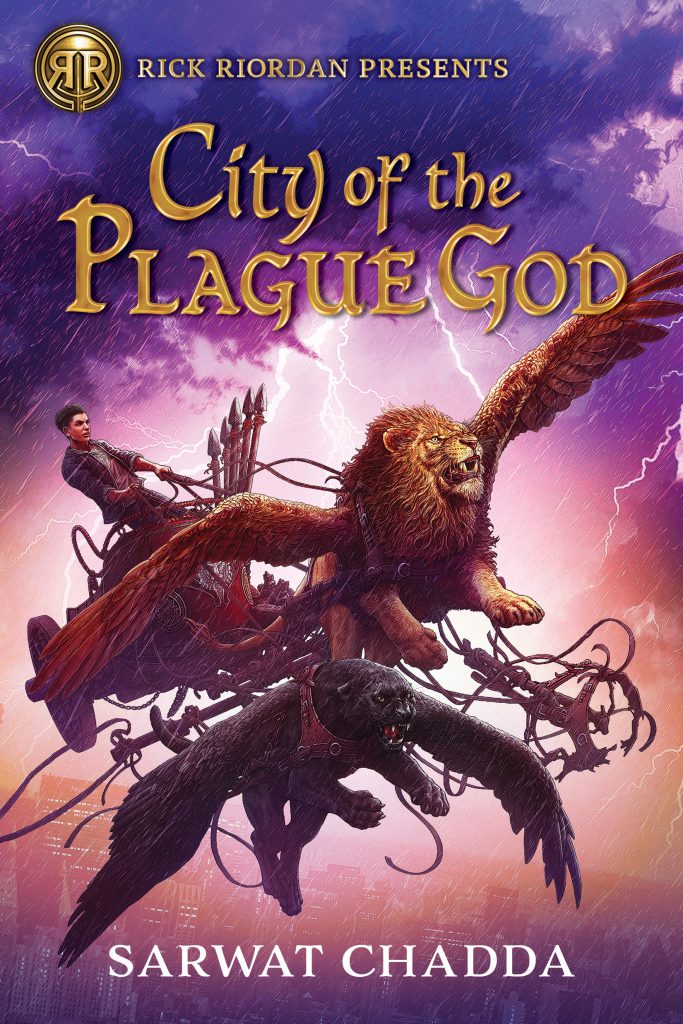 City of the Plague God, by Sarwat Chadda – Both the author and editor Rick Riordan note that it was a coincidence how a book where the villain causes a pandemic came out during an actual pandemic. Not that COVID affects all living things the way the plague here does, but the public does blame immigrants, if not from the same part of the world. Our hero, Sikander Aziz, works at the deli owned by his Iraqi family, and finds himself the target of ancient Mesopotamian demons when the god Nergal comes looking for something Sik’s late brother Mohammad had taken from Iraq. Plague spreads throughout New York City, and Sik teams up with his classmate Belet, the adopted daughter of Ishtar, to fight Nergal. They meet up with Gilgamesh, who didn’t die after all, and has become a pacifist with a garden in Central Park. Sikander also journeys to the world of the dead by subway (an idea I’ve seen elsewhere), and finds his late brother, as well as the goddess Ereshkigal. It makes good use of the mythology, mixing in other legends as well. Chadda also tries to strike a balance between his (and Sikander’s) Islamic faith and the appearance of ancient gods, going with the frequently used explanation that Riordan also uses, that the God of the major monotheistic religions is a different sort of being than the classical deities, perhaps the best way to go with books for young readers. There’s also an inside reference to the Percy Jackson series, when Sik suggests that Belet could turn the shape-shifting sword Kasusu into a pen.

The Order of the Pure Moon Reflected in Water, by Zen Cho – A group of bandits runs into a nun of a magical order in a coffee shop, and she joins them despite their objections. They then try to sell some holy relics. I found it to be a pretty good read, with some good interactions between characters, but it never really built up to anything, either in plot or character development. I’ve seen other reviews saying it might have worked better as a full novel than a novella. It has a Malaysian setting and some fantasy elements. 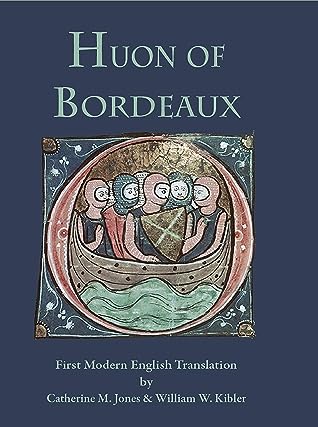 Huon of Bordeaux, translated by Catherine M. Jones and William W. Kibler – I had heard that this thirteenth-century French romance used Oberon as a character, and since I’m interested in his development, I figured I should read it. It’s about a lord named Huon, who, when he kills Charlemagne‘s son in self-defense, is disinherited by the Emperor unless he can fulfill some seemingly impossible tasks at the court of the Emir of Babylon. This is not the historical Babylon in Mesopotamia, which would have been long destroyed by then, but the fort on the Nile in Egypt. Charlemagne here is kind of a jerk who lets himself be swayed by treacherous advisors, but since he’s described as being almost 200 years old, that’s not too surprising. (Historically, he was probably between sixty-five and seventy-one when he died.) On his journey, he meets and befriends Oberon, the very handsome three-foot-tall son of Morgan le Fay and Julius Caesar. (This apparently means he’s far too young to be Theseus’ contemporary like Shakespeare made him, but also that Morgan was around centuries before King Arthur. I don’t think there was any real attempt at consistency with this stuff.) The fairy gives Huon a horn that will summon him and a goblet from which only the virtuous can drink, and sets a series of conditions on his help that Huon keeps breaking for no particular reason; but fortunately for him, Oberon’s entourage is on his side. I can see Huon lying about his religion to get out of being killed, but not so much his raping his fiancée. She’s willing to have sex with him, but only after they get married, so that’s still rape. The writer criticizes Islam without having done even the most basic research on it, calling Muslims pagans and having so many of them say Muhammad created the world that it almost seems like an intentional joke, but I think it just reflects general European ignorance of the time. But then, the Emir’s daughter converts to Christianity just because she has feelings for Huon, which doesn’t exactly show it in the best light either. Our hero kills two giants, coincidentally meets up with some old acquaintances who have been lost for years, and thwarts his treacherous brother’s attempts to steal his lands. 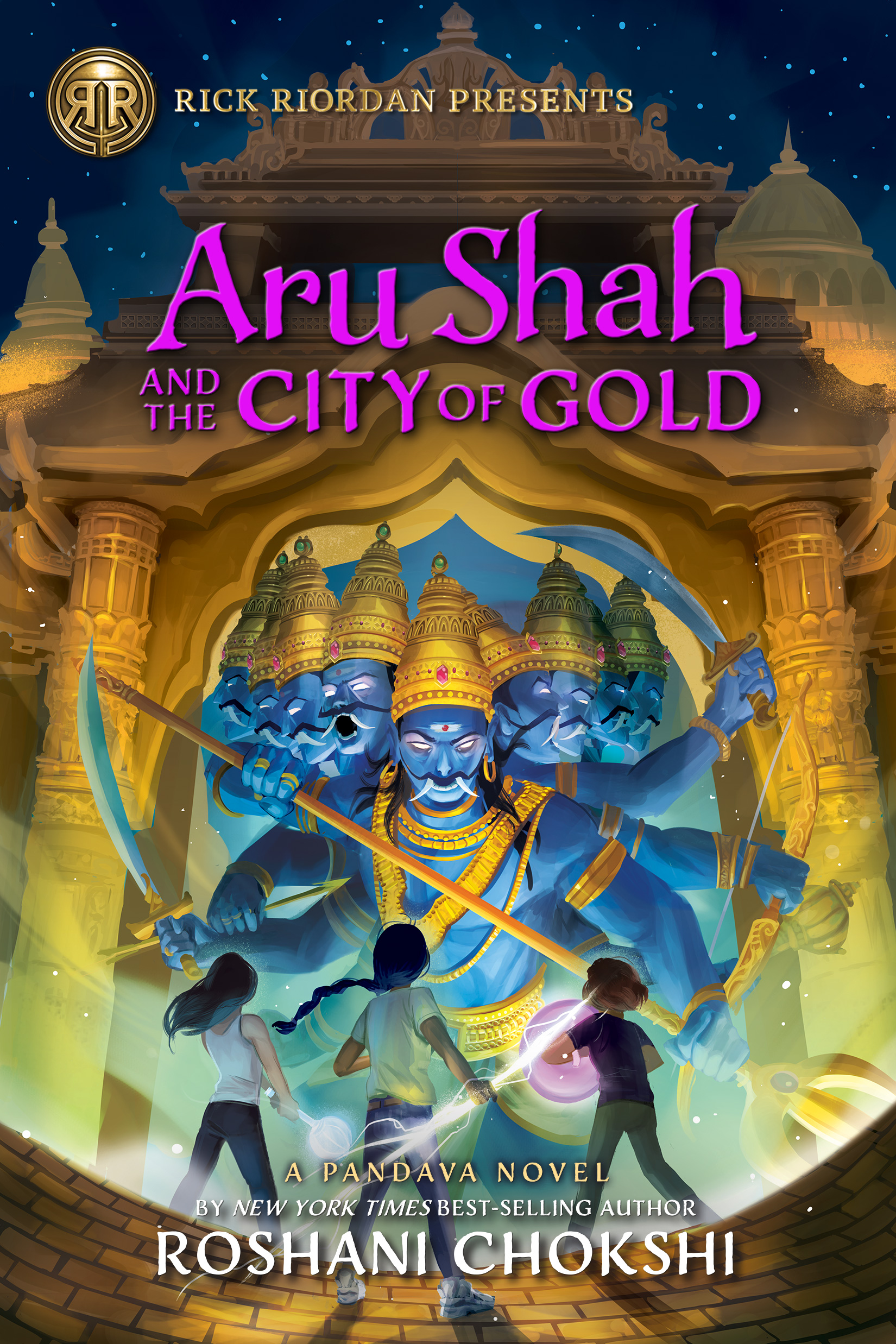 Aru Shah and the City of Gold, by Roshani Chokshi – The usual team of resurrected Pandavas, this time accompanied by a girl named Kara, seek out Kubera, god of wealth and brother to the infamous Ravana, to ask if they can borrow his army and world-destroying weapon to fight the Sleeper. Kara, like Aru, is a daughter of the Sleeper, but unlike her she was raised by him. Kubera decides to test the Pandavas, and one of the trials involves a visit to Goloka, the world of cows ruled by Krishna, and initially see it as a tacky souvenir store. That’s the sort of humor I’ve come to expect from these books, as are things like Aru’s constant pop culture references and the chapter titles that sarcastically comment on the end of the last chapter. For instance, after Brynne saying the ocean can’t stop her, the next one is titled “The Ocean Stops Brynne.” We also find out that Kara has a Sal and Gabi book on her bookshelf, even though Aru is apparently fictional in that series. While I don’t want to give too much away, the story ends with a significant change in the Pandavas’ powers. I probably should actually try to read the Mahabharata, since there are a lot of references to it in these books.

3 Responses to Drawn Into Divine Drama