WARNING! SPOILERS for all four movies!

Tickled – This is a weird movie directed by David Farrier, a New Zealand filmmaker who stumbled upon sites about competitive endurance tickling for young men. Further investigation revealed that this whole thing came down to one guy with a huge trust fund who has a fetish for young men tickling each other. He’d pay for videos, but if anyone tried to get out or just generally find out what was going on, he’d harass them with legal threats. While it was difficult to find out about the guy, he was careless and allowed personal information to leak online, revealing that he had actually served time for a misdemeanor related to his computer fraud. Obviously the guy had some kind of skill for organizing, or paid someone who did, because he had connections all over the world. He died in 2017, about a year after the film’s premier. I don’t know the cause of death, and he was only fifty-five, which is pretty young when you have the money for medical treatments. The film ultimately ended up not really being about tickling, but I have to say that I personally hate it. It’s not kinky, just aggravating.

Dear Zachary: A Letter to a Son About His Father – This is a very depressing film, originally intended by Kurt Kuenne as a gift for his murdered childhood friend Andrew Bagby’s son Zachary. The main suspect in Andrew’s murder was his girlfriend, mother of the then-unborn Zachary, who kept harassing him after they broke up, and was in town on the day of the killing. The courts went easy on her, though, and a lengthy custody battle between her and Andrew’s parents ensued. Eventually, we find out that the mother killed both herself and Zachary before the movie had been completed, but Kuenne kept making it as a tribute to his friend.

My Girl – I remember when this movie came out, and I occasionally saw parts of it on TV, but this is the first time I’ve seen it all the way through. Beth recommended it because it’s a summer film. Dan Aykroyd is a widowed funeral director in western Pennsylvania raising a daughter named Vada. She comes across as smart-alecky, but has a lot of unresolved trauma and fears that she feels she can’t discuss with her father, and it comes out in ways like pretending she has a lot of serious ailments. Jamie Lee Curtis, fortunately not followed by Michael Myers, is a cosmetologist who takes a job at the funeral parlor doing makeup, and she and Aykroyd eventually start dating. Macaulay Culkin plays Vada’s best friend, who for some reason can’t stop messing with a beehive even though he’s allergic, and ends up dying from the stings. Beth remembers hearing something about how that was controversial for his fans back in the day, but couldn’t find any actual evidence of that. There was a sequel a few years later, and Anna Chlumsky, the girl who played Vada, quit acting for a while not long after that, although she started again in 2005. 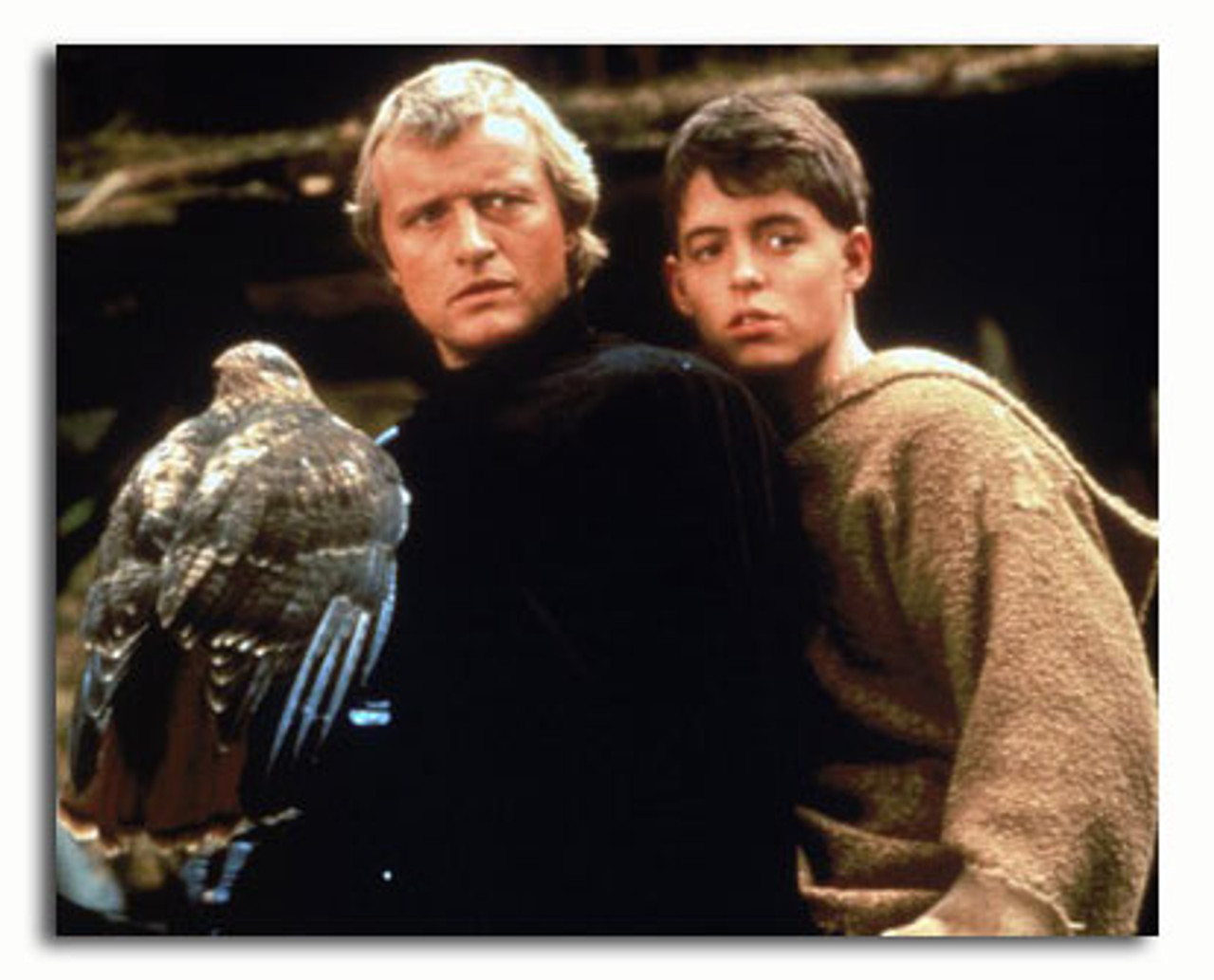 Ladyhawke – Even though I was a kid who liked fantasy movies when this came out, I didn’t hear about it until much later. Our friend Tavie said it seemed like something I would like, and I did, although I will say that it’s rather slow-paced. That was pretty common with movies of this sort from that time. Matthew Broderick stars as the thief Phillipe Gaston, and this Gaston is not roughly the size of a barge, but instead able to squeeze into tight spaces, hence his nickname of the Mouse. After escaping the dungeons of the corrupt Bishop of Aquila, he reluctantly teams up with the former captain of the Bishop’s guard, Etienne Navarre. Over the course of their travels, and with some help from an old monk who lives in a decaying castle full of traps, he learns Navarre’s tragic story. He was in a relationship with a woman named Isabeau of Anjou, played by Michelle Pfeiffer, but since the Bishop also wanted her, he cursed the two of them. Navarre turns into a wolf at night, and Isabeau a hawk in the daytime (hence the name of the movie), so they can never truly communicate. On the monk’s suggestion, they manage to break the curse during a solar eclipse, and Navarre kills the Bishop in the process. It’s interesting that the main character is more the comic relief sidekick than the romantic hero, but it’s hardly the only case of that happening. From what I’ve read, back when the movie came out, promotional material claimed it was based on an old medieval European legend, and the screenwriter successfully sued for the claim that his work was unoriginal. There are certainly elements of old legends in the story, but as far as I know, the lovers turning to animals at different times of day wasn’t an idea that had been used before. As such, I have to wonder if there’s a specific reference to the movie in Dragon Quest III, where in Portoga, a curse from the Archfiend Baramos results in a man named Carlos turning to a horse during the day, and his lover Sabrina becoming a cat at night. It’s also worth mentioning that the film uses a pop-rock soundtrack that’s very eighties, although in-universe music is the medieval stuff you’d expect.

1 Response to Death and Transformation