Sweets to the Sweet 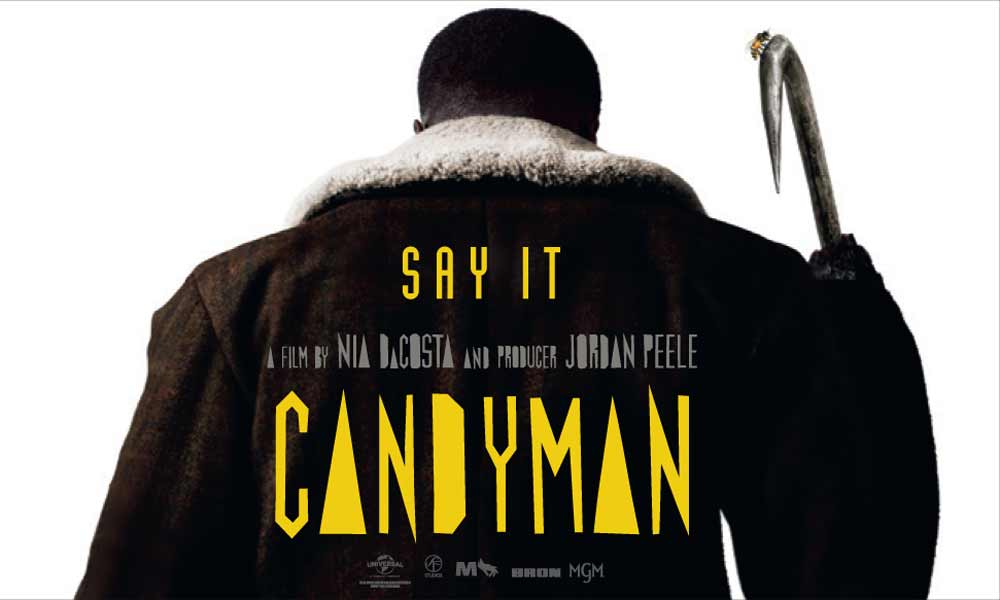 Candyman – WARNING! SPOILERS! I think it would be fair to say the original movie is one of Beth’s favorites, so she was cautiously optimistic about this one. We both liked it, although there were a few things that didn’t work so well. The first film takes place largely in Cabrini-Green, a rather infamous housing project in Chicago. Since then, it’s been demolished and the neighborhood gentrified. The two sequels bring the character to other locations, New Orleans and Los Angeles, but this one brings it back to Chicago and is even heavier on the social commentary, including gentrification and institutionalized racism in law enforcement. I looked on the IMDB for trivia on the film, and there were some reviews saying it was far-left propaganda, or something like that. I guess I am far-left in some ways, but I also hardly think “racism exists” is a radical political position, or one that wasn’t part of the franchise from the beginning (well, of the movies, anyway; I haven’t read Clive Barker’s short story, but I understand it was about class issues, but not racism per se). While the first movie centered around a white woman who stumbled upon the legend and was stalked by the Candyman, the main protagonist here is Anthony McCoy, a Black artist who hears the urban legend and gets more information from a guy at a laundromat who grew up with it, and he becomes obsessed with the story. People who have interacted with Anthony are brutally murdered, and the artist eventually learns of his own connection with an element of the original film. I will say it generally lacked the chaotic creepiness of the first one, where you really had no idea what Candyman was going to do next. Here, Candyman is more about revenge, killing obnoxious white people who were rude to him, which is rather more mundane as far as slasher motivations go. Tony Todd is in the film, but only towards the end, and the cloud of CGI bees surrounding him didn’t really look right. We saw him at a convention once, and he talked about how the earlier movies had a bee wrangler. His relative absence is explained to an extent by explaining that the legend changes somewhat over time and different people fill the Candyman role, which makes sense for an urban legend. But Todd’s voice, especially, was such an integral part of the supernatural killer’s effectiveness, so I would have liked more of him. Another thing of note is the use of shadow puppetry to illustrate the back stories, which was effective and looked pretty neat. I have seen it in other fairly recent movies, which isn’t a complaint, just a question of why it’s so much in vogue these days.

I was also thinking earlier on the day I saw this about how it would be amusing if they used the song from Willy Wonka and the Chocolate Factory in the film…and it was in the opening credits. I guess it WAS right there.