Bringing the Magic Back

The Spellcasters of Oz, by Philip John Lewin – Following up on Lewin’s earlier Master Crafters, this book shows the Ozites dealing with most of the magic that sustains their country disappearing, making beings like the Scarecrow inanimate and animals like the Cowardly Lion and Hungry Tiger revert to their beastly natures. This basic idea was briefly dealt with in Eric Shanower’s Enchanted Apples, but here it’s explored in more detail. Some people there are so unaccustomed to living without magical plants that they have to learn such skills as how to make a sandwich. While Dorothy sets out to find Lurline, who has gone to live among the mermaids, Ozma and the Wizard of Oz journey to Kansas to consult with Enilrul, whose curse might also be necessary to restore the fairyland. They bring with them a few people who have benefitted from the lack of magic, former china people who prefer being human. Dorothy turns out to have a much more significant role in shaping Oz than she had previously realized. As someone who tends to obsess over details, I did notice that a few of the origin stories given here don’t entirely line up with those in other fan-written stories, but I’m sure that won’t matter to most readers, and there are probably workarounds as well. The Society of Master Crafters, led by Jellia Jamb, has created several interesting devices that work without magic, including a flying bicycle, a sky sleigh, and a wind tunnel that can transport people. Dr. Nikidik returns as well, and turns out to be responsible for a lot of what’s gone wrong. It’s a clever tale with some excellent illustrations by Kamui Ayami. 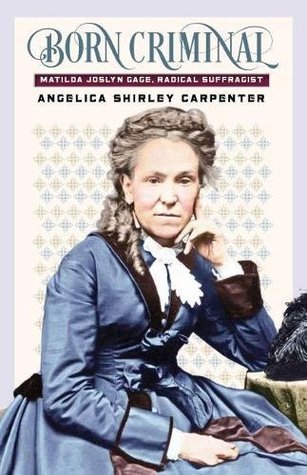 Born Criminal: Matilda Joslyn Gage, Radical Suffragist, by Angelica Shirley Carpenter – While not an Oz book, I’m including it in what’s ostensibly an Oz post because of Gage‘s connection to Oz, being L. Frank Baum’s mother-in-law. The author is an Oz fan, and Spellcasters is dedicated to and has a character named after Gage. The young adult biography gives an overview of Gage’s life and her contributions to the cause of women’s suffrage. She was friends with Susan B. Anthony and Elizabeth Cady Stanton, but they eventually fell out because of her unwillingness to compromise with those who supported her main cause but were otherwise prejudiced. Gage was particularly critical of the church’s role in putting down women. At the same time, she was a member of a church, and was interested in astrology and fortune telling, and a member of the Theosophical Society. I guess to me, supernatural is supernatural, but there was less misogyny associated with these New Age beliefs. Matilda’s family was against slavery and active with the Underground Railroad, part of how she came to support equality for all, while other suffragists supported women being allowed to vote at the expense of others’ rights. How much we should be willing to compromise with those who promote some of the same causes but have other abhorrent beliefs is still a tricky issue. I heard something recently about how the legalization of same-sex marriage went along with a certain amount of transphobia, and that’s much along the same lines. I have to say I was shocked by some of the comments the media made about the woman’s suffrage movement and its adherents, but I really shouldn’t have been, as people still say some of the same sorts of things now. Matilda was also adopted into the Mohawk nation, which makes me wonder about her opinion on her son-in-law’s racist editorial against Native Americans, but as far as I know there’s no surviving correspondence on that. The book also addresses how Gage was largely written out of the movement she helped to establish, perhaps not intentionally, but with that being the ultimate effect. The volume includes a good number of photographs and some reproductions of relevant documents.

Currently, I’m reading Philip Jose Farmer’s A Barnstormer of Oz, a very non-traditional Oz book. I had originally wanted to include a review of that with these others, but I haven’t been able to finish it yet, and I read these other two a month ago. I also received the Autumn 2021 issue of The Baum Bugle, and it had a lot in it that was up my alley, much of which I’ve looked into somewhat in the past. 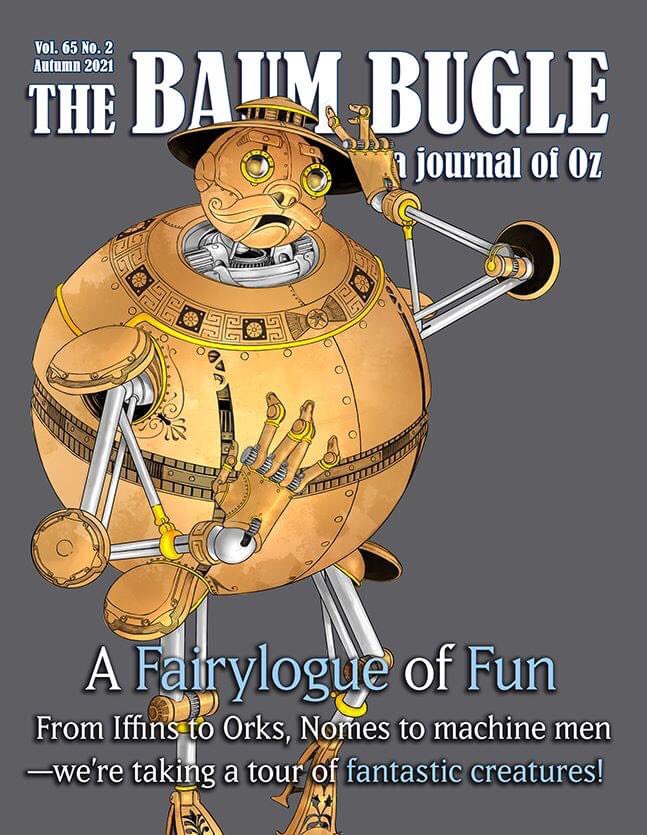 Robert B. Luehrs discusses the Demon of Electricity from The Master Key, and how he fits in with the concepts of demons, elementals, and jinn, as well as his personality. Dennis Wilson Wise writes about how gnomes are used by both L. Frank Baum and J.R.R. Tolkien in very different ways, although both sorts make crafts, like jewelry, and are connected to knowledge. Christina Maffa’s article compares Tik-Tok and other mechanical beings in Baum’s work to their antecedents from Greek mythology. The appearance of automata in mythology has long been fascinating to me, and Maffa also addresses Tik-Tok’s more human tendencies. I noticed that Ruth Plumly Thompson and John R. Neill tended to make him more emotional than Baum ever did, and this would probably be an interesting topic to look into in the future. And Ruth Berman catalogs the various flying creatures and devices in the Oz series. The back cover of the issue displays a map by Gabriel Gale, which is intriguing in its attempt to expand beyond the Ozian landmass, but does take some liberties.

1 Response to Bringing the Magic Back