I recently finished watching an entire playthrough of Dragon Quest Monsters: Caravan Heart. Beth said the guy playing sounded like Garfield. You know who no one ever said that about? Chris Pratt. But anyway, watching turn-based games can be a little tedious sometimes, and this doesn’t preclude my playing the game if it ever becomes available. I never got into emulation, and so far it’s for Japan only, the version I saw having a fan translation. It’s a rather strange game, as most of the DQ Monsters ones are similar to Pokémon, recruiting various monsters and having them fight. There’s some of that here, but not to the same extent. Each wagon in your caravan has a guardian monster, and they can grow stronger or change form based on hearts you find throughout the world. You also recruit human characters, who each have their own skills that can be used in and out of battle. The party is limited both by number and by weight, although you can occasionally get the wagons modified to hold a slightly heavier load. There’s also a food mechanic that people who play this game tend to hate. You have to buy rations, and if you use up all of them, your party loses hit points with every step until you get more. The hero of the story is Prince Kiefer from DQ7, continuing the tradition of supporting characters starring in spinoffs. Even more interesting is that he visits the world of the Erdrick Trilogy many years after the events of 2.

This is the main reason I was interested in seeing the game, to see how the places had changed. In Dirkandor, the hometown of the caravan leader Luin, someone mentions that they used to have a king, but he brought about disaster by fooling around, I guess like making people fight sabrecats for sport. Midenhall and Moonbrooke Castles have both fallen into ruin, and they, along with Hargon’s old castle in Rendarak, now house powerful beings called Illusions. Cannock still has a king, although his relation to the line of Erdrick isn’t clear. His son makes potions for a hobby, and can join the caravan. Beran is said to have been founded by a merchant and treasure hunter named Bella, who I suppose would be Bera if these translations were consistent. One place I’m pretty sure you can’t revisit is the fishing village of Zahan. Alefgard has somehow sunk under the ocean, but you can restore it, after which people start using the port in Galenholm. 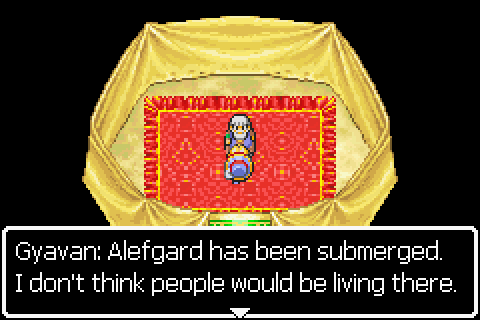 You can explore the basement of Tantegel Castle, and the green dragon in the Swamp Cave is still wondering what happened to the Princess. 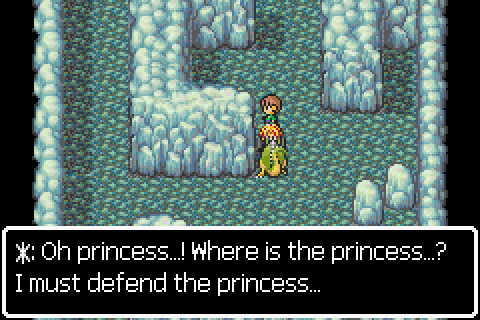 After finishing the main game, it’s possible to access Charlock Castle and fight a prematurely resurrected Dragonlord. Other bonus content takes place in Slimeland, a Slime-shaped island east of Rendarak.

Connections between most of the DQ games tend to be vague. The first three take place in the same world, and the next three presumably do as well but there isn’t as much focus on it. And 11 is a prequel to 3, but we don’t know whether it’s set in the same world. A few other connections appear as well, mostly just cameos. Rubiss, the guardian of Alefgard, shows up in 6, where she’s the goddess worshipped on Weaver’s Peak. She lives in an underwater shrine like she does in 2, and there was apparently supposed to be more about her in the game. 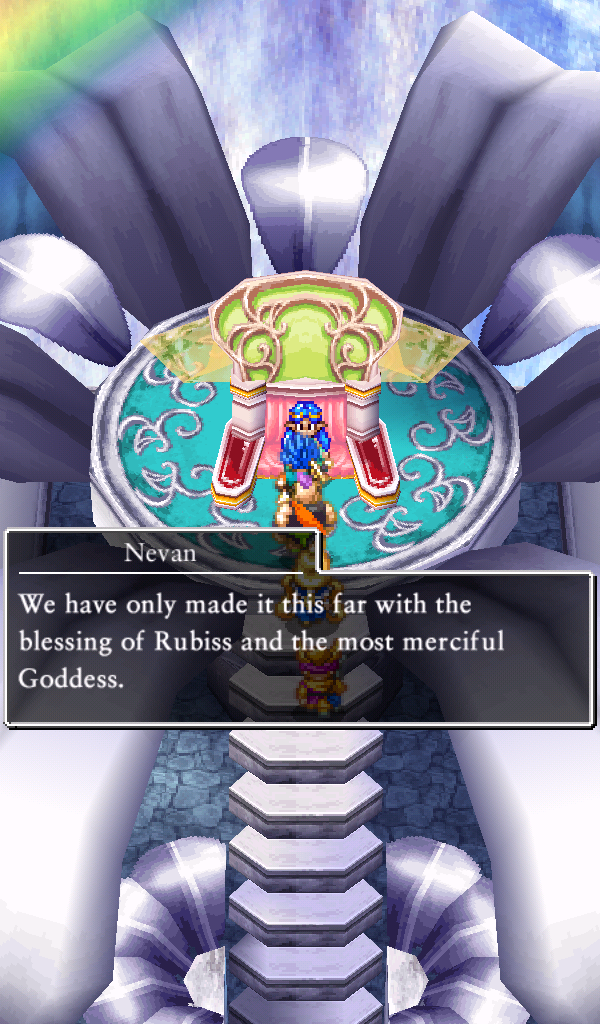 Yuji Horii said there were intended story elements that were never fully developed, largely because he was busy with Chrono Trigger at the time. What we know is that Rubiss created the ocarina that an old man gave Milly, and she used to summon the golden dragon to reach Murdaw’s Keep. Connected to this is that the dragon was originally supposed to be a transformed Ashlynn.

In 8, the godbird Empyrea mentions that she was known as Ramia in another world, presumably that of 3. Ragnar and Torneko from 4 also show up in that game as team leaders in the monster fighting arena.

And in the Mystery Dungeon game Young Yangus, Torneko trains the title character.

I did learn not long ago that the DQ7 manga indicates that the Prince of Midenhall traveled in a balloon to the upper world from 3, which was based on our own Earth, and that a great cataclysm turned it into the world of 7.

The Prince then founded the Kingdom of Estard. I don’t think there’s any requirement that the games conform to the manga, but there is a suggestion in Caravan Heart that Kiefer is himself a descendant of Erdrick, which would fit with the Prince of Midenhall being his ancestor. The guy who pointed out this reference came up with a proposed timeline for the games including elements from a lot of material that hasn’t been translated into English, but I think he’s said he’s since changed his mind on some things.

1 Response to Caravan of Crossovers