My God Can Beat Up Your God

I can’t remember how I was originally signed up for Quora, but I do find it interesting to read some of the answers, especially about mythology. Like much of the Internet, answers are from both experts and people who are just making stuff up. Anyway, I found this critical overview of Robert Graves’s The White Goddess, which was apparently foundational in the formation of Wicca as a religion. When I wrote a bit about Wicca about eleven years ago, I received some negative comments. That’s one reason I appreciate that the person who did the book review, who is a self-proclaimed pagan and occultist, at least sort of has the same take I do that the Goddess has the same all-pervasive, unknowable quality as the Christian God. I’m an atheist, so I don’t believe in any gods, but I do have my own aesthetic and narrative preferences when it comes to religious stories and personages, and God being ineffable yet somehow gendered doesn’t really work for me. 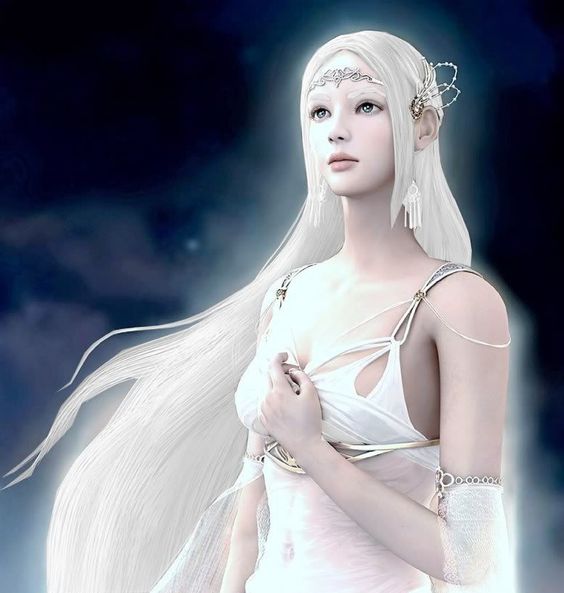 Neither does magic or prayer being faith-based; that’s another thing that I don’t much care for in mainstream religion, so why would I like it in alternative beliefs? That doesn’t mean you can’t believe in these things, or even that they aren’t true, just that it’s how I see things. I haven’t read The White Goddess, but I did read Graves’s The Greek Myths, and it includes a lot of the same stuff about ancient matriarchy being supplanted by men, apparently a common idea at the time he wrote. As I said in the earlier post on Graves, Matilda Joslyn Gage was a supporter of the idea, and her son-in-law L. Frank Baum used some of these concepts in the Oz books, with Ozma and Glinda as beneficial rulers of the fairyland.

Now, readers have pointed out that these characters are perhaps more flawed than Baum intended, but the basic idea seems to be that they’re good rulers BECAUSE of traits that are generally considered feminine, like being nurturing and empathetic. Graves’s proposed queens are just as bloodthirsty and vindictive as stereotypical men, so the switch to patriarchy would presumably be a lateral move. That said, I think I’ve absorbed the idea of women as more inherently mystical than men, even if I don’t know how I learned it and it hasn’t always played out in real life. I hope that, in practice, I’m more the sort of feminist who believes in equality and the importance of diverse representation. It sounds like Graves had a submission fetish, and based on his Wikipedia entry, that seems to be the case. At one point in his life, when he was married, he had his mistress, the poet Laura Riding, move in with them, and he was weirdly worshipful of her. It also looks like he was bisexual but ashamed of his attraction to men, and there’s some casual homophobia in his work. There’s also the weird defensiveness I often see in books proposing fringe ideas, where the author chides the scholarly establishment for not accepting new theories. Of course, if you cherry pick the evidence and fill in the details with stuff that just feels right, that’s fan-fiction, not scholarly research. And there’s nothing wrong with that, but it’s not the same thing. Graves often does the word association thing when there isn’t any known connection, like I mentioned before about the syllable “Dan” linking the Greeks to the Tuatha De Danaan of Ireland.

I read a mythology book that was big on the ancient matriarchy, as well as that of tales of gods overthrowing other gods, like the Olympians and Titans, reflecting political and religious history. From what I’ve seen, it looks like this idea was in vogue before the ancient Mycenaean Linear B script had been translated. What’s been found in this script has since been determined to show that most of the same gods were worshipped by the Greeks even that far back. There does appear to be some evidence that Poseidon, instead of Zeus, was the main god, but I don’t know of any myth of Zeus overthrowing Poseidon; the general take is that they were allies who peacefully agreed on a way to divide the world between themselves. 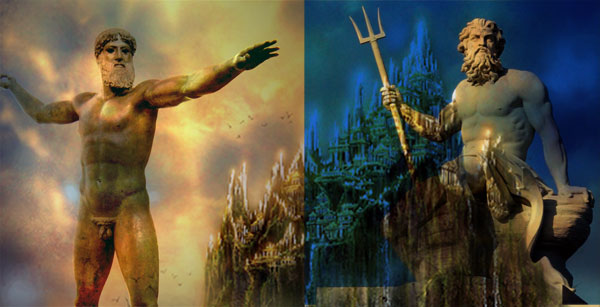 There’s evidence for Dionysus having been a quite ancient Greek god as well, even though part of his backstory is often that he’s a relative newcomer from Thrace, suggesting that this isn’t a reflection of the deity’s actual historical origins. Some of the Titans were worshipped alongside the Olympians, especially when they were equated with other local gods, like Kronos with the Roman harvest god Saturn, and his wife Rhea with the Anatolian earth goddess Cybele.

But the concept of two competing pantheons doesn’t necessarily have a lot of support, as interesting as it is. I’ve seen some stuff online supporting the idea that Tiamat was a major goddess who was later demonized with the story of her being a chaotic monster defeated by a male god, and while we really don’t know, I’m not sure there’s any actual historical support for this position. It does seem to be the case that Set becoming the enemy of the main Egyptian pantheon when he had earlier been an ally of Ra WAS based on shifting politics, so it’s not like that’s never the case.

Set is in the same sort of position as Prometheus or Loki, who were sometimes allies and sometimes opponents of the major gods. Are these the result of competing traditions being combined, or just that ambiguous characters keep things interesting? Probably some of both.

2 Responses to My God Can Beat Up Your God