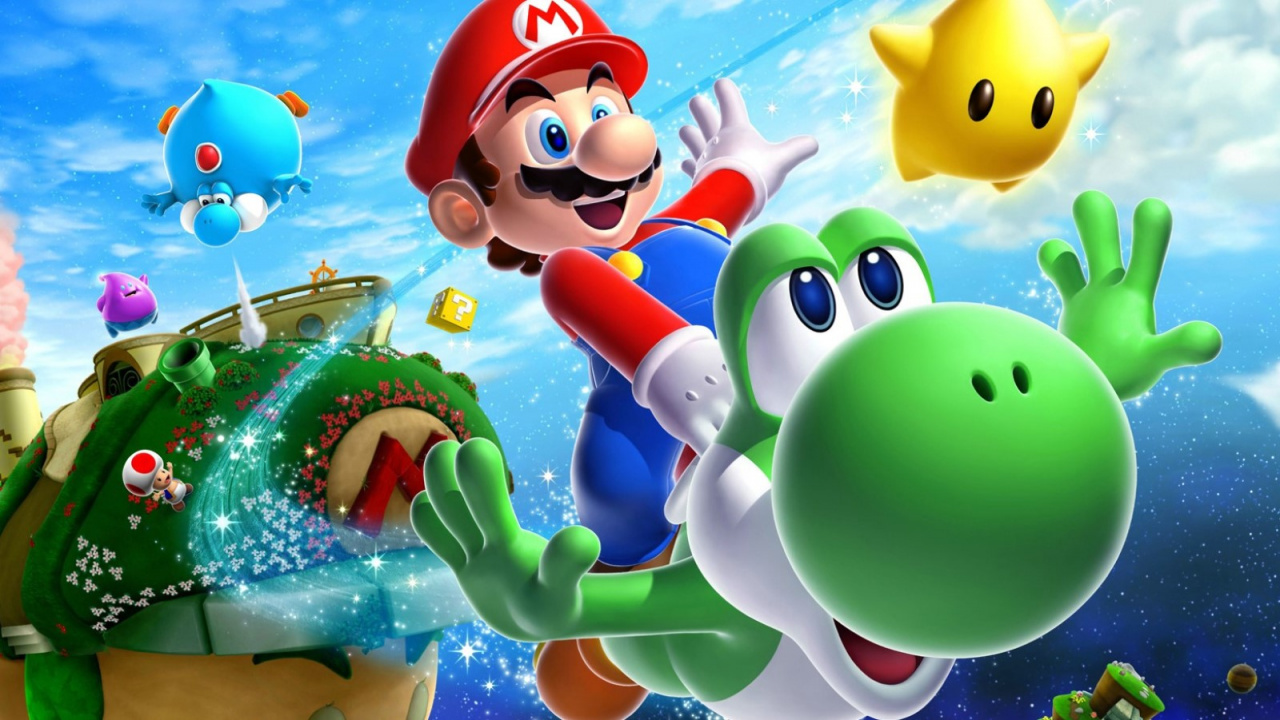 Next on my list of video games I haven’t played but watched playthroughs of to see what went on in them, it’s the Super Mario Galaxy games. They definitely look good, like how the Lumas resemble cuddly stuffed animals. 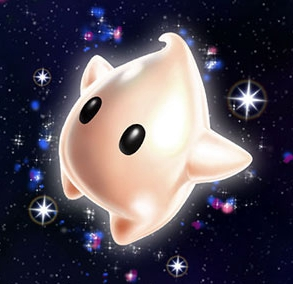 Mario in space is obviously an idea that had been floating around for a long time. There’s a brief space section in Super Mario Land 2, and some licensed media also brought him there. As such, it’s a little disappointing that he doesn’t visit, say, the homeworlds of Tatanga or the Shroobs. That gives me an excuse to share this fan art I saw on Twitter, with a bunch of aliens in Paper Mario style. 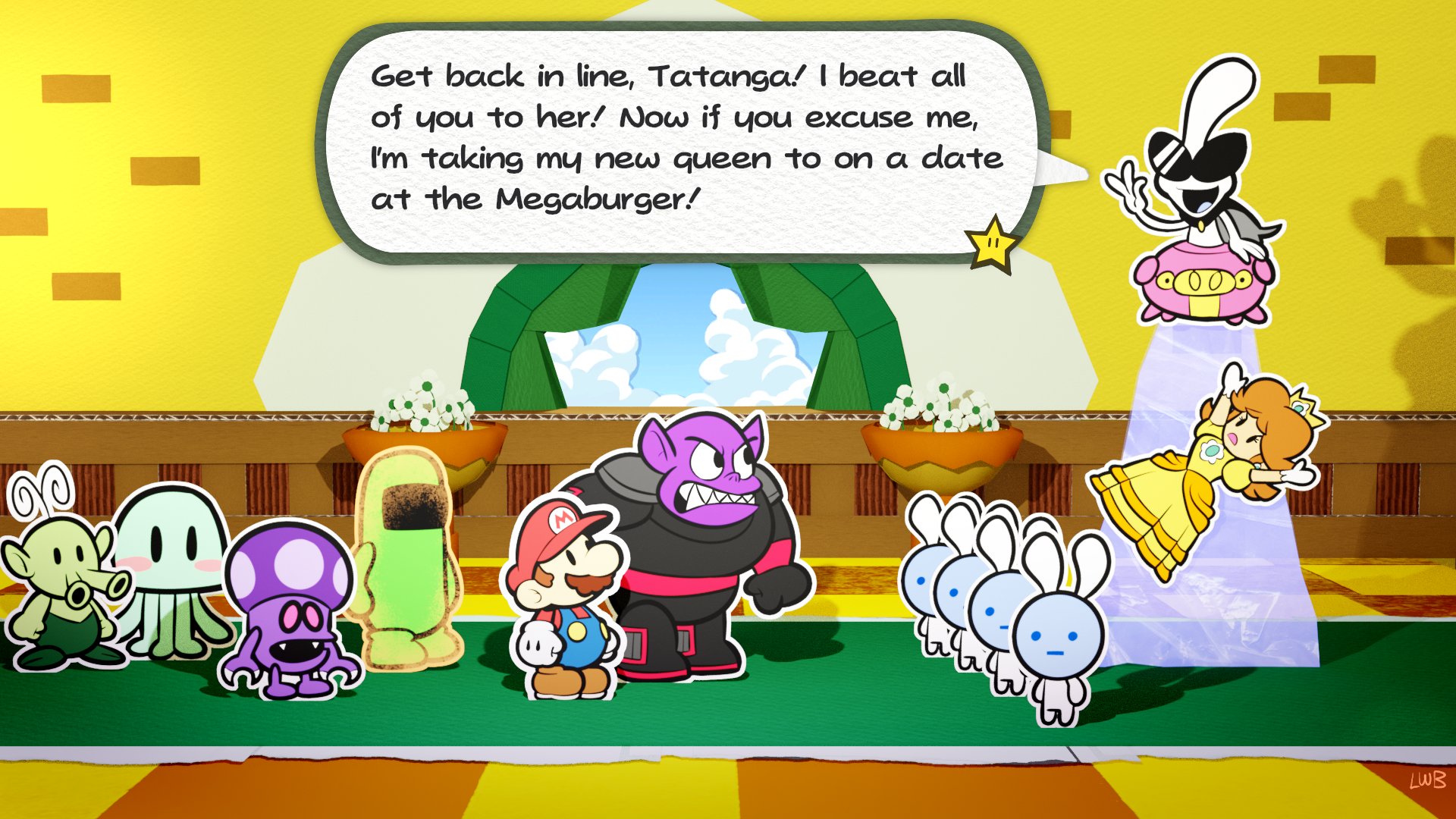 There’s Orbulon from Wario Ware, Tatanga from Super Mario Land (in the style of the Valiant Game Boy comics), a Shroob from Mario & Luigi: Partners in Time, a Quirk from the Super Mario Bros. Super Show, and creatures from Mario Party and Donkey Kong 3: Dai Gyakushu. Anyway, while the Galaxy games are big overall, the individual levels are pretty small, despite being referred to as galaxies. I guess if a world can be basically any stretch of land, a galaxy can be a few planetoids and floating platforms. It does make me wonder how far from Mario’s main planet these places actually are, though. Despite their small size, the planets often have their own gravity, part of the original concept for the game. I suppose this means there isn’t another stronger celestial body nearby, except those black holes that are everywhere. But gravity is already weird in the series, so who knows? Nobody has trouble breathing in space either, although they do in other games. 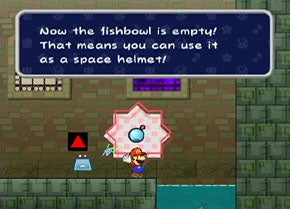 The enemies you fight aren’t generally particularly alien either, and include a lot of the standard types. I suppose Bowser brought them with him when he invaded. In Galaxy 2, the Throwback Galaxy is just Whomp’s Fortress from Super Mario 64, raising the question as to whether or not it was always in space.

I suppose there’s no defined limit to how far the paintings can transport someone, but it also could have moved. Inhabitants of the galaxies include penguins, Piantas from Super Mario Sunshine, and giant space bees ruled by the Honey Queen, who reappears in a much smaller (but still really big for a bee) form in Mario Kart 7.

Yoshi also has a house in the Sky Station Galaxy. 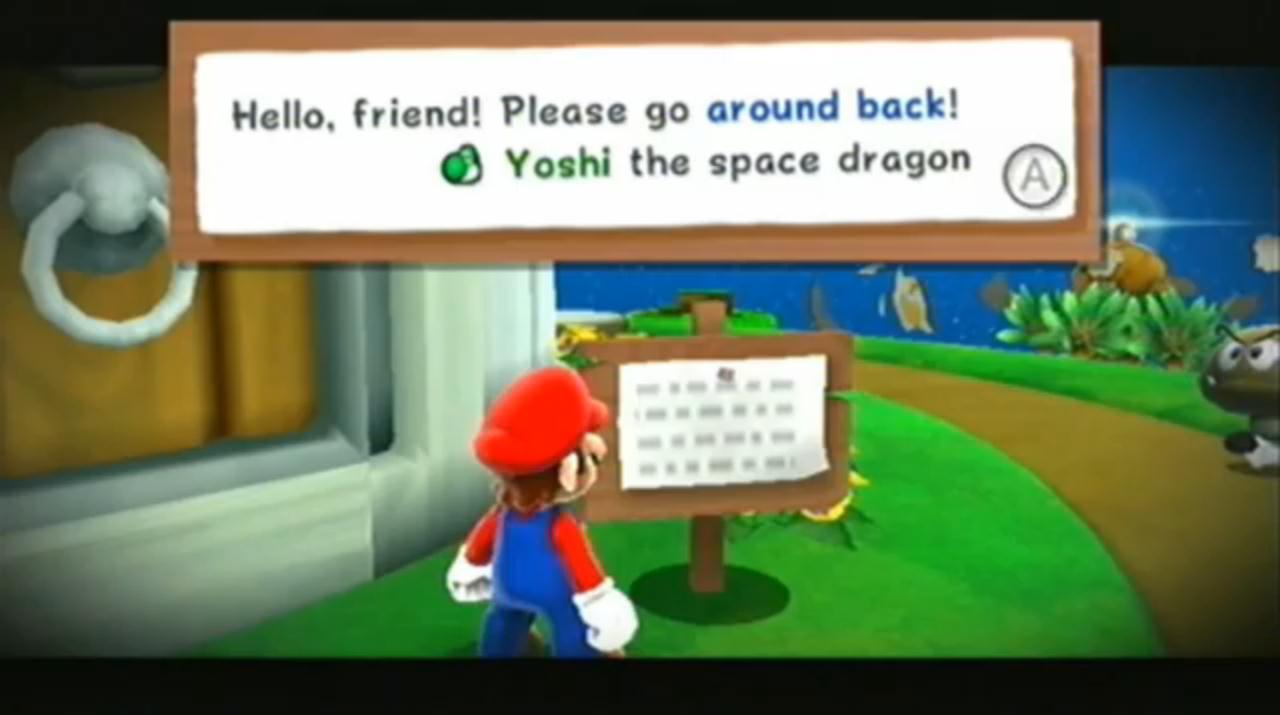 There’s a somewhat more spacey design on the Star Bunnies and the Gearmos, robots that do maintenance work and sometimes keep Goombas as pets. 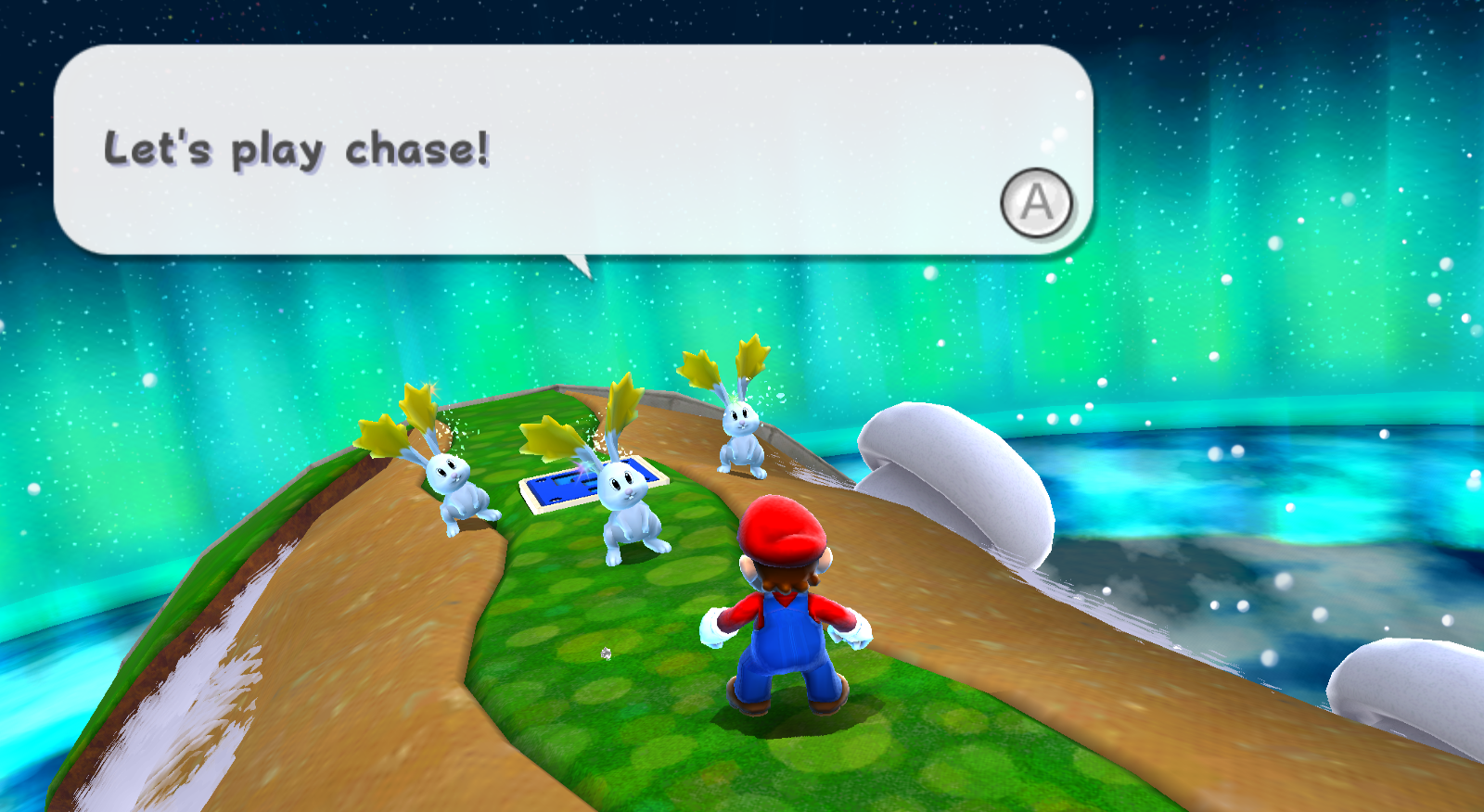 There are also a few different octopus-like enemies, some of which spit rocks like the Octoroks in the Zelda series. 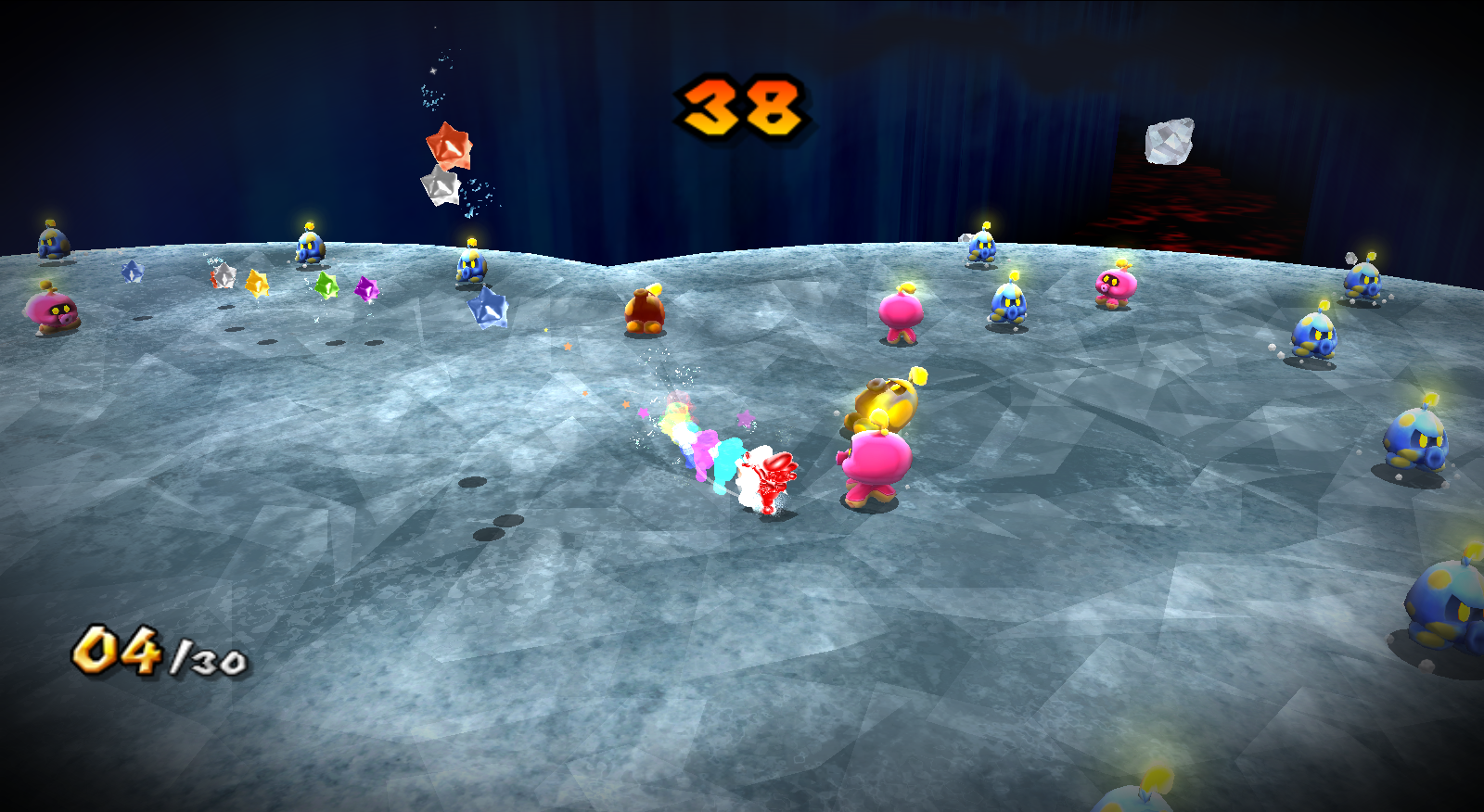 There are also octopus creatures on the Moon in Super Mario Odyssey, and a suggestion that octopuses on Earth might have common ancestors. 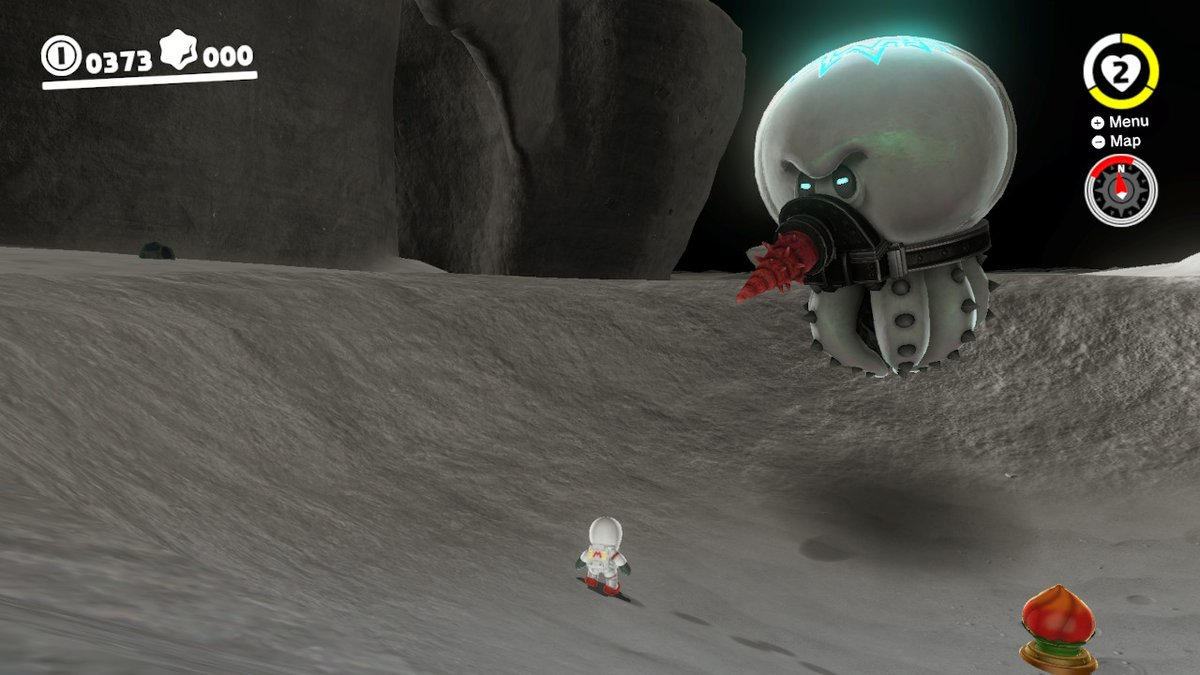 It does seem like Mario’s world is more advanced in terms of space exploration than our own, but I suppose it’s easier when the other planets aren’t all that far apart. There’s a mention in Mario Kart 8 of the Rainbow Exploration Agency, or REXA, which is specifically linked to the Rainbow Road. but their posters and badges show satellites and Toads in spacesuits, suggesting they also handle space exploration in general.

Another interesting thing about these games is that they’re sort of the same story twice, which isn’t to say the plots are identical. They both start with Mario being invited by Princess Peach to her castle for the Star Festival, then Bowser kidnapping her and taking her to the center of the universe, where he creates his own galaxy to rule over a cosmic empire. In the first game, Mario helps to restore Rosalina’s Comet Observatory, from which he can teleport to various galaxies, eventually gathering enough Power Stars to get to Bowser’s galaxy. 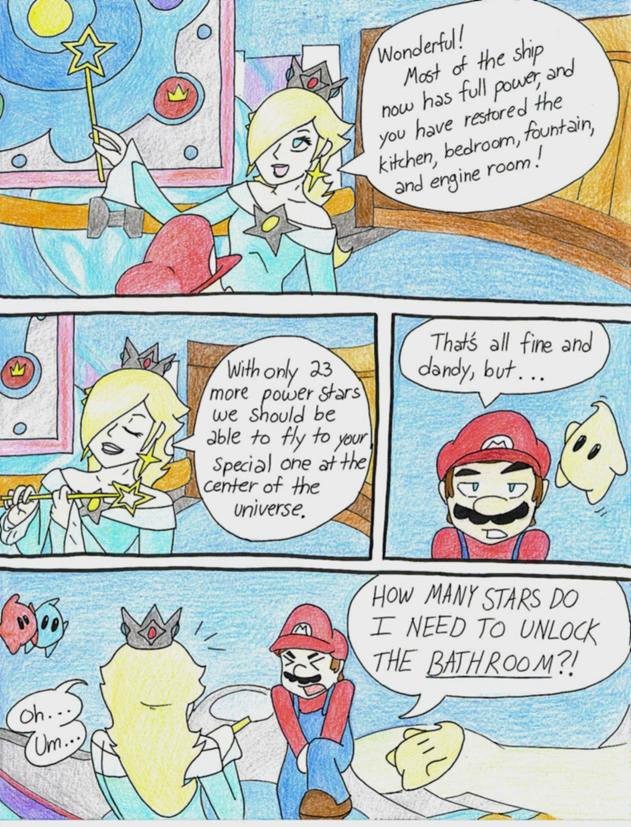 Source: Hambammich64 on DeviantArt
Rosalina is more of an offscreen presence in the second game, where Mario instead helps a Luma named Lubba to restore his spaceship, using a Power Star to transform it into a replica of his own head.

Starship Mario moves along a largely linear path between the different mini-galaxies. It’s presumably the same Star Festival in both games, marked by the once-a-century visit of Rosalina’s comet, so the similarity in the plot is probably due to the universal reset at the end of the first game when the Lumas stop a black hole caused by the destruction of Bowser’s galaxy.