I wrote about Slimes in the Dragon Quest series eleven years ago, and mentioned the fact that they were inspired by Creeping Cruds from Wizardry, but Akira Toriyama drew them as cute. 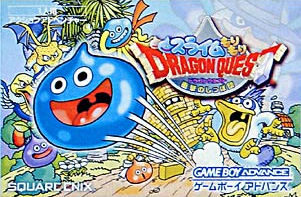 There was also a mention of Slimes in the Final Fantasy series in the comments. What you might call DQ’s sister series takes a different approach to slime monsters, making them generally resistant to physical attacks and some kinds of magic, although there are exceptions. Also, many of them are named after desserts, the Flan being the most common.

That probably doesn’t mean it’s a good idea to try to eat them, although DQ Slimes are allegedly lime-flavored. The FF Slimes originally appeared in the first game of that series, where they have faces, but are mostly amorphous.

As early on as the second game, however, perhaps inspired partially by the DQ monsters, they become more animal-like, with faces at the tops of their bodies and visible arms.

Different kinds throughout the series are called Jelly, Mousse, Gelatin, Custard, and Bavarois, the latter of which is apparently the French name for Bavarian cream. Others have names that aren’t foods at all. FF4 has Flan Princesses, originally known in English as Pink Puffs. living underground on the Moon. 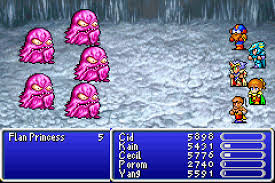 They’re very rare enemies, and it’s even rarer that they’ll drop a Pink Tail. A group of them will perform a dance that will make your party go berserk. The Pink Tail can be traded for adamant to a miner in Mythril Village who collects tails. The tail thing is presumably a reference back to FF1, where a rat tail is the prize for surviving the Castle of Ordeals. I’m not sure why slime creatures would have tails lying around. Maybe they grow and then lose them at some point in their life cycle. 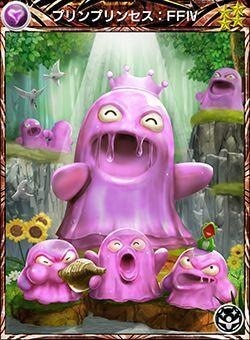 I assume they’re referred to with a female term just because of their appearance and not because they fit any human concept of sex or gender. It does appear, however, that there’s a cute humanoid variety in World of Final Fantasy. 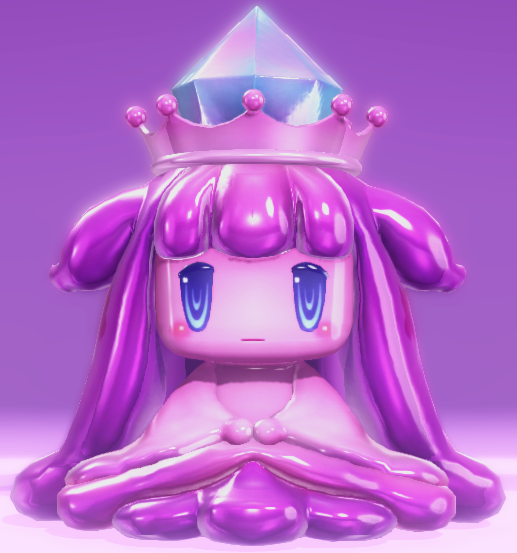 I understand She-Slimes in DQ, and their occasional Queens and Princesses from spinoff titles, aren’t female in the way that we think of it, either. 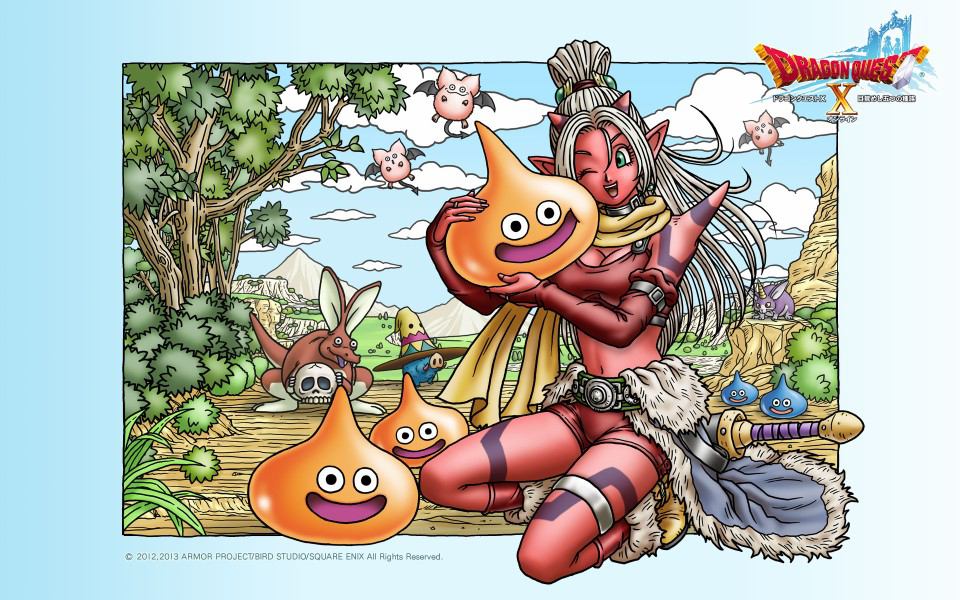 Like many monsters in FF1, the Flans were lifted pretty directly from Dungeons & Dragons. I haven’t played D&D, but I did have a board game as a kid that was based on it, and there were monsters called Green Slime and Black Pudding, the latter of which was presumably the basis for all the food-related names. 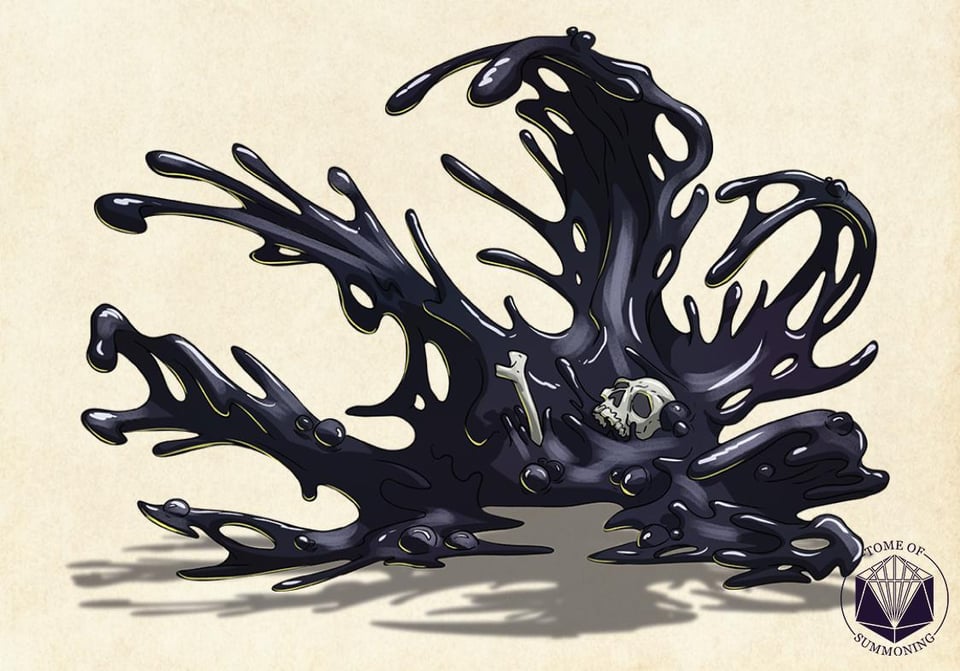 I didn’t know at the time that black pudding is a British food that’s actually a blood sausage (not a dessert, despite the word “pudding”). 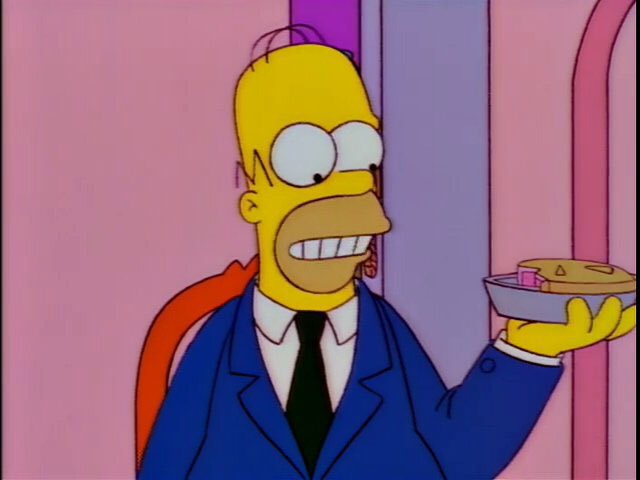 I’ll just stick to the brain and kidney pie, thank you.
But anyway, Oozes and the like in D&D are beings that that move on walls and ceilings and slip through tiny spaces, and dissolve what they touch as well as attacking with pseudopods. They reproduce by splitting, so it seems that they were at least partially inspired by amoebas. D&D also has the Gelatinous Cube, as seen in the movie Onward, which is the same sort of being in the form of…well, an enormous cube.

As far as fictional antecedents to these slime monsters go, what I’ve seen indicates that they’re mostly inspired by science fiction stories and movies, the Blob being the most famous example.

It creeps and leaps and glides and slides.
This page mentions some literary slime creatures, including the shoggoths from H.P. Lovecraft’s At the Mountains of Madness, giant shapeless collections of bubbles that can form temporary limbs and organs at will. 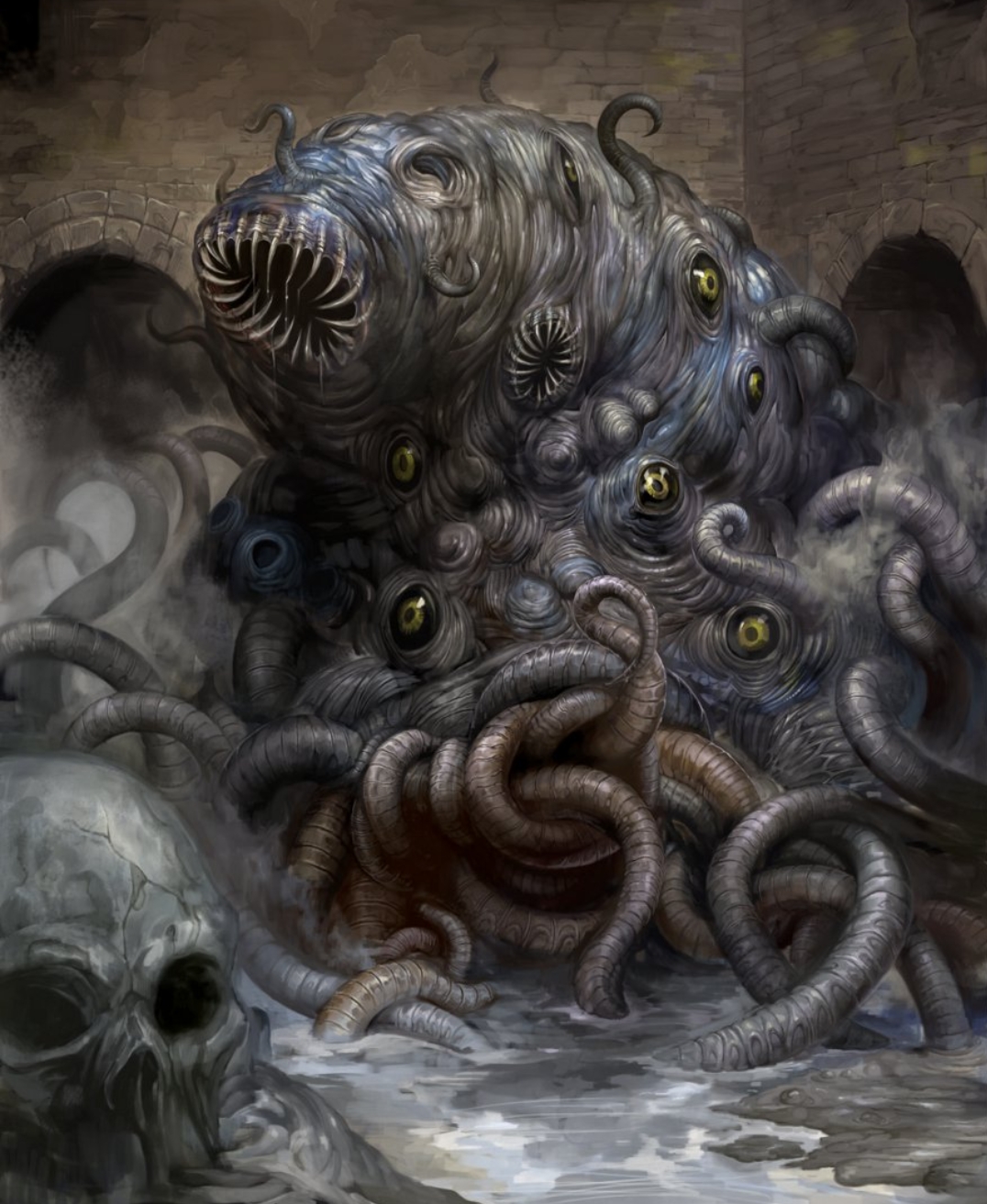 Like some of the D&D monsters, they’re used to dispose of garbage. Instead of absorbing living things, however, they simply crush them. And this page mentions the Nuppeppo, a kind of <a href="https://vovatia.wordpress.com/2013/06/01/yokai-and-you/?yokai that aren’t slimy so much as they are just blobs of flesh with present but indistinct features.

While not hostile, they smell horrible, and are skilled at evading anyone who tries to kill or capture them. Their flesh can apparently be made into medicine, and their name is thought to come from a derogatory term for someone wearing too much makeup. It’s possible they had some influence on blob monsters, especially the kinds with animal features. 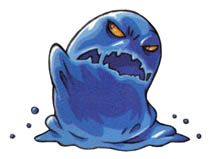