The Secret Lives of Stars 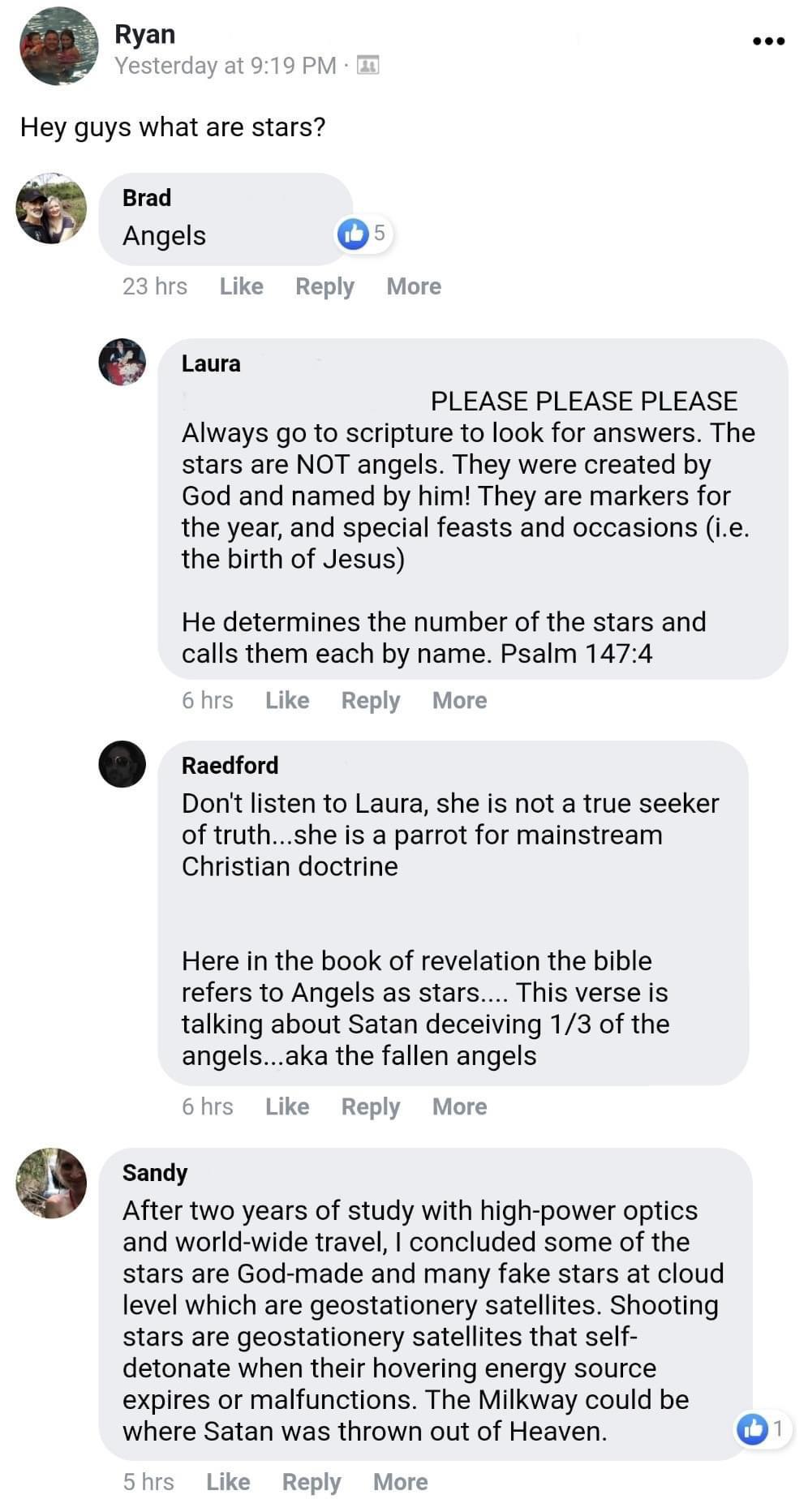 It’s kind of an odd inspiration, I suppose, but I got an idea to write a post about star mythology from this tweet, for which I’m honestly not sure how serious the original posters were. There is some basis in Biblical mythology for stars being angels, or at least the two being very closely associated.

That passage in Revelation is one that’s often cited, as is another in Job 38 that indicates that, when God laid the foundation of the world, “the morning stars sang together, and all the sons of God shouted with joy.” The phrase “sons of God” is often associated with angels, as with the story of the Nephilim in Genesis. The Book of Enoch makes a mention of angels moving stars around, but also has a story about Enoch seeing both stars and fallen angels being tortured. If stars were linked with angels, then fallen angels could potentially have been inspired by meteors. There’s a reference in Enoch to seven stars being bound in a place of eternal torment burning with fire for 10,000 years as a punishment for breaking God’s commandments. This could also be a reference to the Pleiades, seven stars that appear together in the sky. Job 38:31 has God ask Job whether he can bind the Kimah, meaning “group” or “cluster,” and usually said to mean the Pleiades.

The stars are actually gravitationally bound, which people wouldn’t have known back then, but they would have been aware that they were always together. 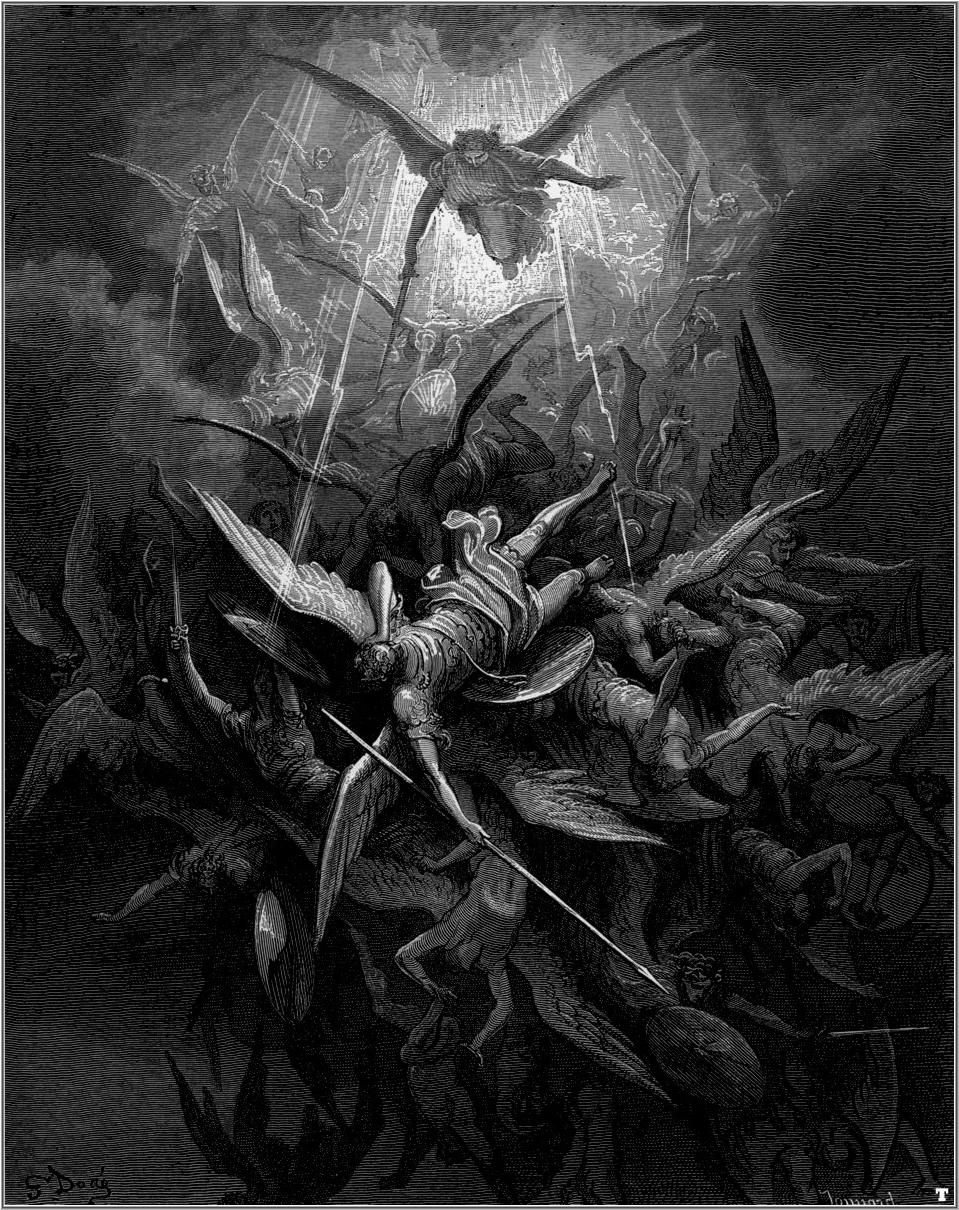 The idea of fallen angels seems to have been fairly popular around the time of Greek rule over Judea, but it’s apparently not really a thing in mainstream Judaism. On the other hand, it’s pretty standard Christian lore. In Luke 10:18, Jesus says he “saw Satan fall like lightning from Heaven,” and Revelation has a story of a battle in Heaven in which Satan and his angelic supporters are thrown out of Heaven by the Archangel Michael and his forces. 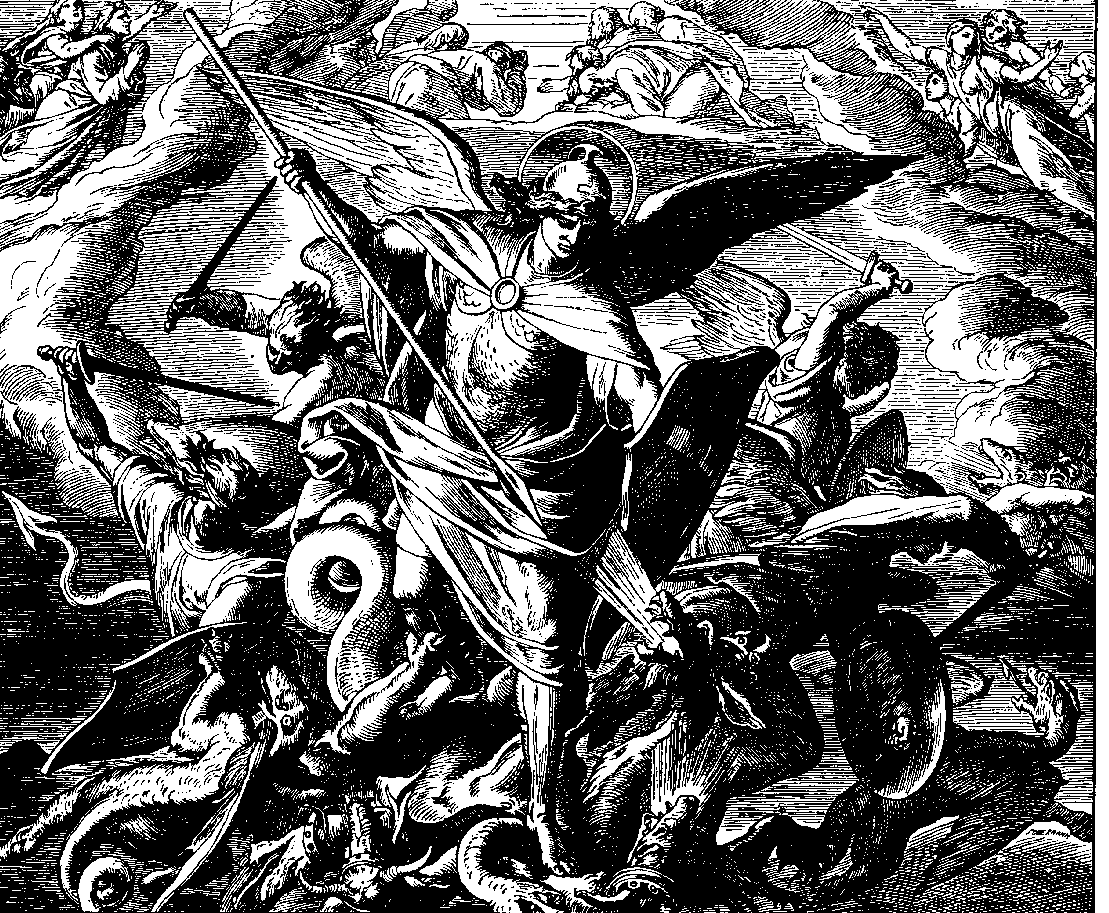 There might be some link between these passages and Isaiah 14:12, which speaks of the morning star falling from Heaven. In context, it appears to be a reference to the King of Babylon, not to an angel. The similar Ezekiel 28:speaks of the King of Tyre, figuratively (I assume) referred to as a holy cherub, being cast out of the mountain of God to the ground for his sins. The phrase “morning star” was translated into Latin as “Lucifer,” which is pretty literal, but it later led to the idea that Satan’s original name was Lucifer. The idea that the Devil was associated with this passage at all seems to be a specifically Christian one. As for why the morning star falling is a thing, I don’t really know. I’ve seen suggestions that it refers to an earlier Semitic myth, the most commonly cited being Attar, who was associated with Venus, taking the throne of the gods and being overthrown by Baal after his return from the underworld, but I don’t know that this myth actually involves Attar being thrown to the Earth; the common interpretation is that Attar abdicated on his own accord. Venus is seen in the evening and morning, but not in between; and its path as seen from Earth has it disappear from the sky for a period of time. The Babylonians associated Venus with Ishtar, who descended into the underworld, so there might be a connection there.

Or it could just be a metaphor that doesn’t need any additional context. 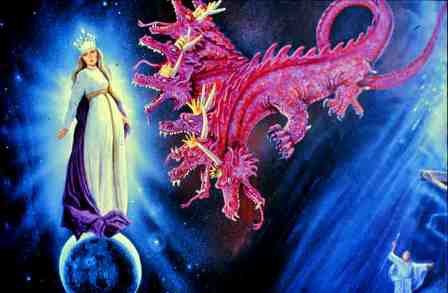 As for Satan one third of the stars from the sky with his tail, as seen in Revelation, this does proceed the battle in Heaven in which some angels back the Devil. It probably refers back to Daniel 8, with a horn likely representing Antiochus Epiphanes throwing stars and the host of Heaven down to the Earth. So again we see stars and angels, but the Daniel reference is said to be a symbol of pride, not to his convincing the angels to join him.

Looking into ancient ideas of what stars were, some interpretations made them the spirits of the dead. I’m not sure whether that means they spend the entire nighttime looking down on Earth, but I’m also not sure how literal the myths about people and animals being made into constellations were supposed to be. Stories interpreted various constellations as interacting with each other in some way, like Scorpio chasing Orion and Bootes driving Ursa Major and Minor, but would this mean they just do those same things over and over for years on end?

But then, you could say the same thing about Demeter mourning whenever Persephone is in the underworld, even though you’d think she’d have gotten a little more accustomed to it over the centuries. Anyway, other people thought the stars were lights embedded in the sky, or holes in whatever the sky itself was made of showing light from outside it. The concept of something else being behind the sky also appears in the Bible, where the firmament is what separates the ordered world from the primordial waters on the other side. I also remember reading in my mom’s old encyclopedia that there was a Greco-Roman tradition of stars relaying prayers to the gods, but I can’t find any support for this. Ancient astronomers figured that the stars couldn’t be that far away because there was no parallax effect, or shift of positions. There actually is some, but it’s very difficult to detect.