I feel like I’ve pretty much exhausted all the Oz books, or at least the ones that are generally consistent with the original series (not that everyone even agrees on what that is). I’ll occasionally come across lists of interesting-sounding titles, but I sometimes can’t even be sure they even exist, or at least STILL exist. There are occasionally new titles, or reprints of obscure older ones, coming out, however. Here are my thoughts on two: 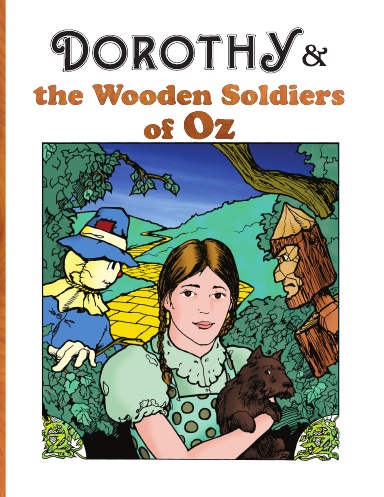 Dorothy and the Wooden Soldiers of Oz, by Ken Romer – This item is a bit of an oddity, a coloring book that tells an abridged version of Alexander Volkov’s Urfin Jus and His Wooden Soldiers that takes place in Oz instead of Magic Land. March Laumer had done an earlier translation of this book with the more typical Oz versions of the characters, and this one follows suit. It has Dorothy, the Tin Woodman, and Glinda, rather than Ellie, the Iron Woodman, and Stella. Urfin has an appropriately Russian appearance, and the Deadwood Oaks have the same basic shape as the Tin Man. I tend to think of Magic Land as an alternate-universe version of Oz. It could even be in the same universe in a different location, since it’s in the middle of the American continent like L. Frank Baum seems to have originally thought, although he later changed his mind. In the appendix for Dagmar in Oz, Chris Dulabone wrote that his explanation for this story is that Urfin crossed over into the regular Oz and had his soldiers invade it, placing its events in 1973. There are a few references to the Magic Land series in Chris’s books, including Ellie appearing in A Million Miles from Here Is Oz and the planet Ramiria showing up in Three-Headed Elvis Clone Found in Flying Saucer Over Oz. There’s also an Oz equivalent of Urfin in Robin Hess’s Spelling Bee, where he identifies himself as the Wicked Witch of the East’s apprentice. 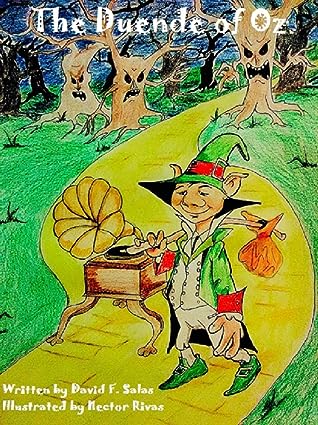 The Duende of Oz, by David F. Salas – A duende called Maximillian of Monterrey accidentally travels from Mexico to Oz on a golden eagle, causes some trouble when he tries to settle in Dorothy’s old house from Kansas (which for some reason was moved to the Emerald City; you’d think that would have a negative effect on tourism in the eastern Munchkin Country) and borrow items like he normally would, and befriends the living phonograph Victor Columbia Edison. Meanwhile, Trot plans a birthday party for Cap’n Bill, and the Tin Woodman has a tin leg made for him as a present. Not all that much happens in the story, but it has some good characterization of Maximillian and examination of his fairy powers, and appearances by several familiar characters, including Polychrome, the Fighting Trees, and the Hammer-Heads. He’s technically not the first duende to show up in Oz, as there’s one in Chris Dulabone’s The Deadly Desert Around Oz who animates Ruggedo’s cactus form, but that book doesn’t say much about what one actually is. Several other authors have tried to do justice to Victor, who receives rather shabby treatment from the heroes in Patchwork Girl. He shows up in a manuscript I wrote, and Marcus Mebes’ “Quiet Victory” from The Lost Tales of Oz ties together a few of his other appearances. Here, he plays a few actual songs, as well as one from Lucky Bucky, and there’s an amusing reference in his volume knob being stuck at eleven.