After looking at the notion of people chosen by the gods, I became curious as to how the concept of a specific person being the Chosen One originated. It’s a pretty common trope in fantasy, someone being prophesied to save the world and/or defeat a great evil, something presumably nobody else could do. It’s a little ambiguous, really, as any religion or philosophy that believes in an inherent order to the universe pretty much assumes everyone has their own part to play, and hence we’re all chosen. But for someone to be the Chosen One with capital letters suggests that they’re going to do something major that often changes the entire world. Also, individuals are often Chosen well before their lifetimes and predicted in prophecy, which makes the idea more epic; but there isn’t any particular reason why someone couldn’t be chosen within their lifetimes. It just doesn’t make for as compelling a narrative. Anything involving prophecy runs across the idea of fate vs. free will. The case often seems to be that there are certain things people can’t avoid even if they try (ESPECIALLY not if they try, in, say, the case of Oedipus), but that doesn’t mean every single decision you make is predestined, because that would make the story kind of pointless. A Google search revealed that some people think of Gilgamesh as the chosen one of the gods, although in that Epic it’s really Utnapishtim who’s specifically chosen by the god Ea for a specific purpose, that of sustaining humanity after the Flood.

In Hammurabi’s law code, he refers to himself as chosen by the gods.

King Arthur proved himself worthy of ruling England by pulling the sword from the stone, although that seems to be more because he was the long-lost son of the former king than because of any particular qualities he possessed, although he had some of those too. 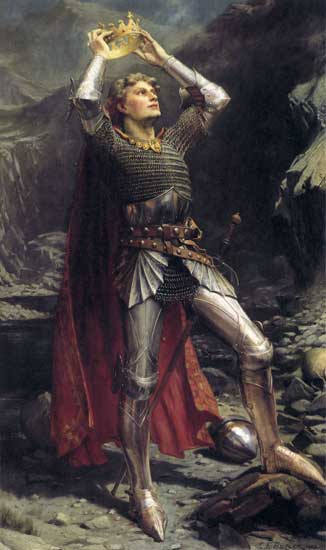 And nowadays (as in the past 2000 years or so), I’m sure even non-Christian writers tend to think of Jesus when doing the Chosen One thing, due to the cultural significance. Sometimes bloodlines are important to whether someone is Chosen, whether they’re a son of a deity, descended from someone famous, or even both. As I mentioned before, Jesus was thought to be both the physical son of God and a descendant of King David. Aragorn in Lord of the Rings is the heir to the old line of Kings of Gondor. 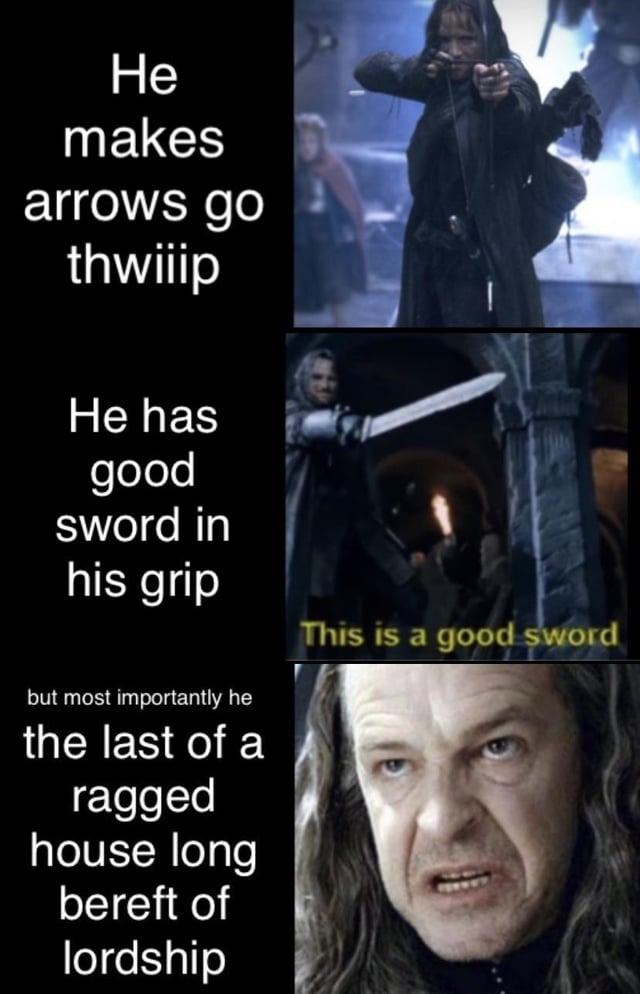 Carrot Ironfoundersson in Terry Pratchett’s Discworld books plays on this idea somewhat, as he’s the heir to the ancient Kings of Ankh and has the requisite heroic qualities, but doesn’t actually want to be king.

The Star Wars prequels make a big deal of Anakin Skywalker being the potential Chosen One to bring balance to the Force, and I’ve seen different interpretations as to how this could be the case despite his turn to evil.

The thing is, as I understand it, it’s not supposed to be a balance between the Light and Dark Sides, which sort of becomes the case as he leaves only two Jedi and two Sith alive. It’s more that he has to eliminate the Sith entirely, which he also essentially does by killing Palpatine and letting himself die. I’m not sure how this fits with the sequel trilogy, as even though Kylo Ren is never referred to as a Sith, he’s definitely something who uses the Force for evil purposes. I suppose maintaining the balance is an ongoing thing. Anakin was also the product of a virgin birth, although it might have actually been Darth Plagueis who was responsible for this. Harry Potter is the Chosen One in his series, although that was partially due to Voldemort’s own attempts to make sure the prophecy wasn’t fulfilled. 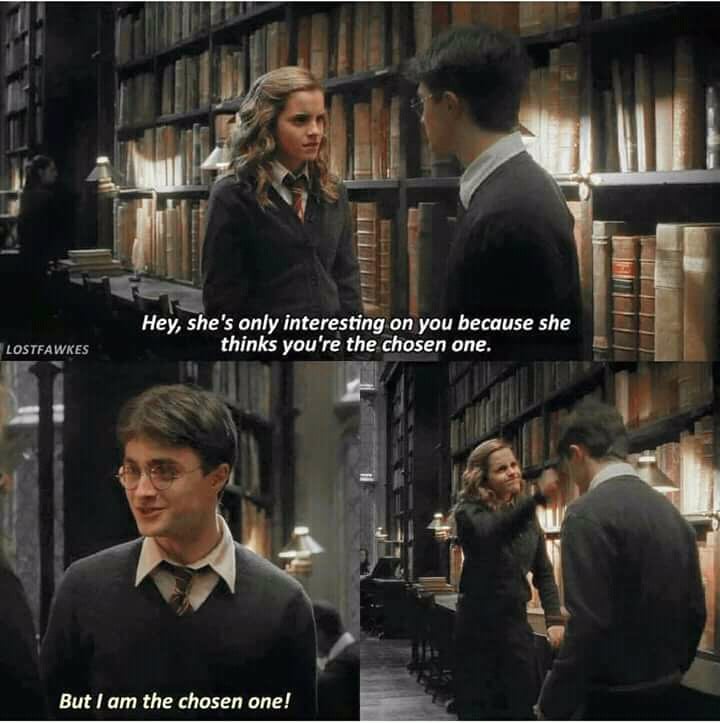 Didn’t you ever learn about Oedipus, Voldemort? And Futurama makes Fry the Chosen One to the Nibblonians for one specific purpose, not because he’s particularly smart or skilled; it’s because he lacks the delta brainwave, which makes him pretty dumb, but also immune to the knowledge-sucking Brain Spawn.

As the Nibblonians explain, this is due to his being his own grandfather. Since he had that immunity in “The Day the Earth Stood Stupid” before going back in time in “Roswell That Ends Well,” does that mean he didn’t actually change anything by going back and was always his own grandfather? And this wasn’t specified to be paradox-free time travel like in Bender’s Big Score, either. I’m sure we’ll never know. Professor Farnsworth accidentally shooting Eleanor Roosevelt with a ray gun doesn’t seem to have changed the future that much either. Maybe it goes back to some things being free will and others being fated, or that cartoons don’t have to make sense. The Oz books don’t really do much with the Chosen One idea, but some later stories put Dorothy, the Wizard of Oz, or both of them in that role. Andrew Heller wrote about Glinda being so eager to fulfill a prophecy about a girl from the Outside World who would bring down the Wicked Witches as to manipulate events behind the scenes. Donald Abbott’s comic version of How the Wizard Came to Oz has a Winkie mentioning a soothsayer who predicted a savior from the sky, which someone thinks is the Wizard, although his fellow argues that the prophesied savior would be a girl. Oz the Great and Powerful played up the idea that the Wizard was the prophesied hero of Oz, but the guy who produced it was apparently intent on making a movie centered on a man. While the Wizard did help keep the Wicked Witches in check, it’s Dorothy who’s much more of a savior figure.

Just searching for Chosen Ones brought up how, in the Zelda series, Link is often the one chosen by the gods to save Hyrule.

Video games often use the idea, really. The Dragon Quest games each make the main playable character a chosen hero, although exactly what this means varies somewhat. Bloodline is generally important, with the hero of DQ3 being the son of another great hero, and the ones in 1 and 2 being his (or her) descendants.

The DQ4 hero is the child of a Zenithian, but all of the main playable characters in that game are considered Chosen Ones. 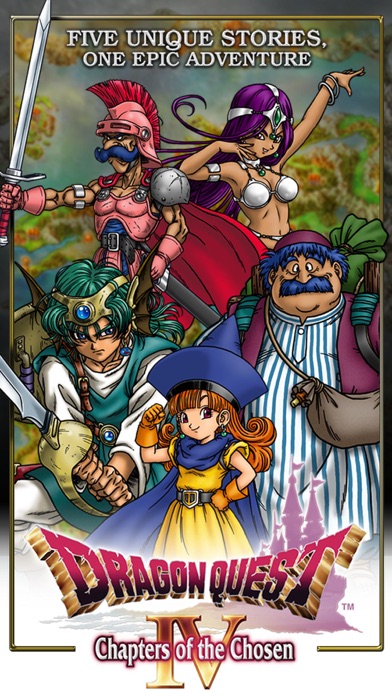 And in 5, it’s actually not the main protagonist who’s the Chosen One, but his son, with all three potential mothers presumably being descended from the hero in 4.

Picture by Cesar Hernandez
In most cases, the chosen hero is the only one who can equip certain legendary weapons and armor, although it’s not clear what happens when someone else tries to use them. Being able to wield certain legendary weapons is often a sign of being chosen, as seen with Arthur, Aragorn, and Link. Final Fantasy Mystic Quest is rather light on story, but it reveals that the prophecy of the chosen hero was made up by the main villain. It still ends up coming true, though. 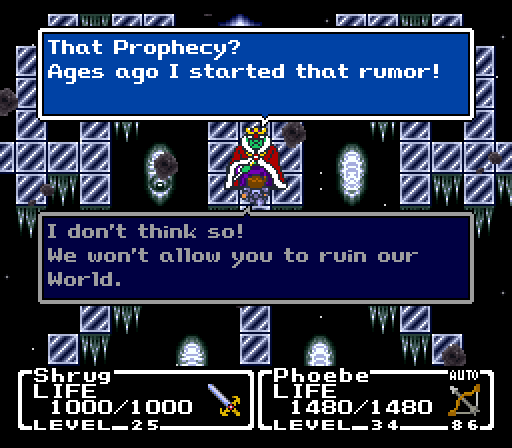 Mario, despite being a Star Child and prophesied by Kamek to cause trouble for the young Koopa King, doesn’t seem to be especially Chosen. I understand Super Paper Mario does utilize the concept, but I haven’t played that yet. Captain N totally fits the trope, however.