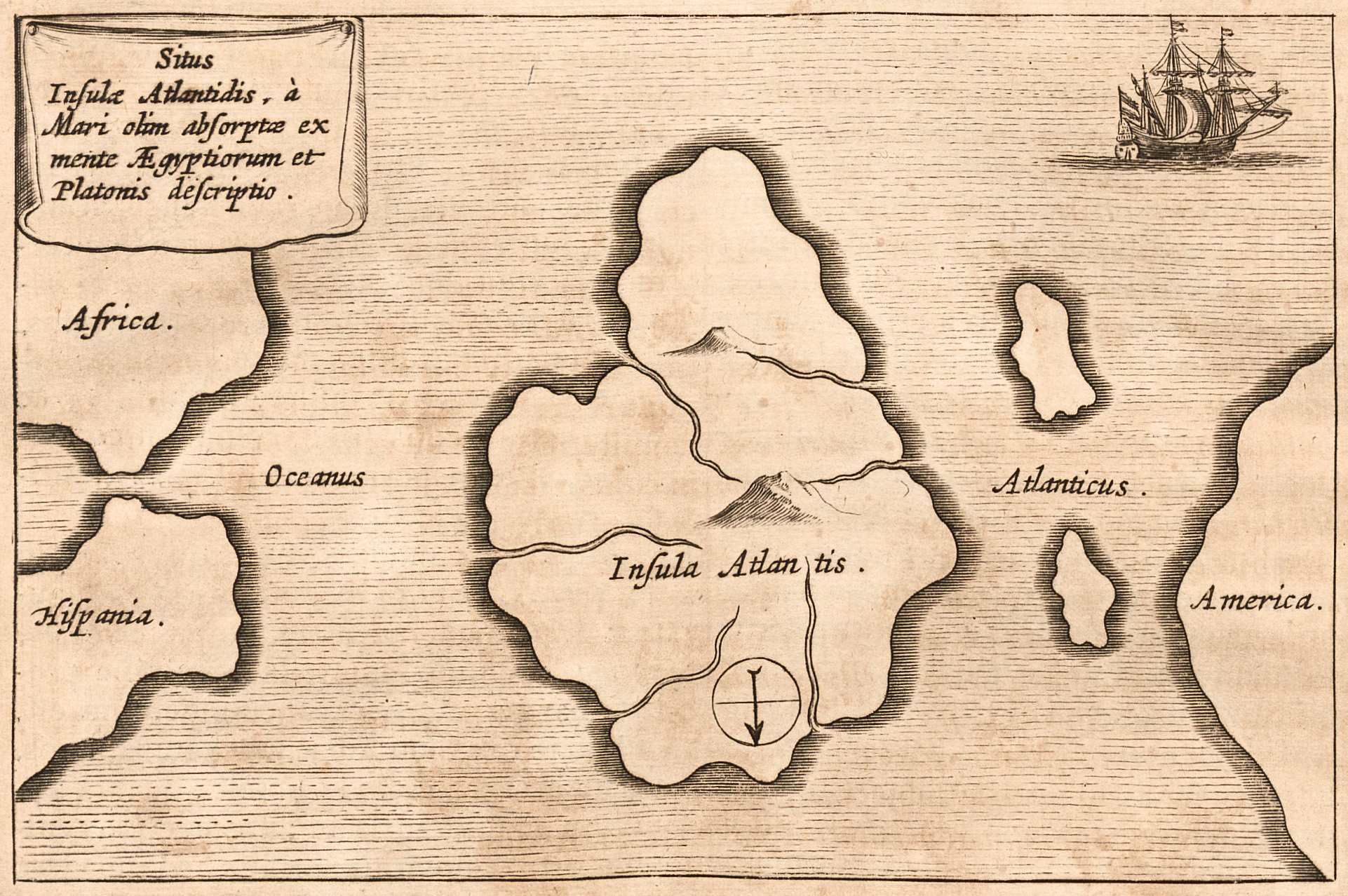 I’ve started listening to the Let’s Talk About Myths, Baby podcast, which I found on Twitter. I have a lot to catch up on, but I did listen to some of the most recent installments about Atlantis. As the host made clear, Atlantis is actually not a Greek myth. It’s a story made up by a Greek guy, but not a myth in the sense of the classical tales of the gods. I’ve looked into this a few times before, and I read L. Sprague de Camp’s book debunking the idea some years back. Basically, it’s part of a philosophical point Plato made in his Timaeus and Critias. There’s some background to make the story more interesting, but the main point is about hubris, and how cool Athens is. The account supposedly comes from Egyptian records that dated back about 9000 years before Plato’s time, and involves a large island, larger than Libya and Asia put together (he wouldn’t have known the actual extent of either Africa or Asia), with a huge empire and military presence that was beaten by Athens in a war. 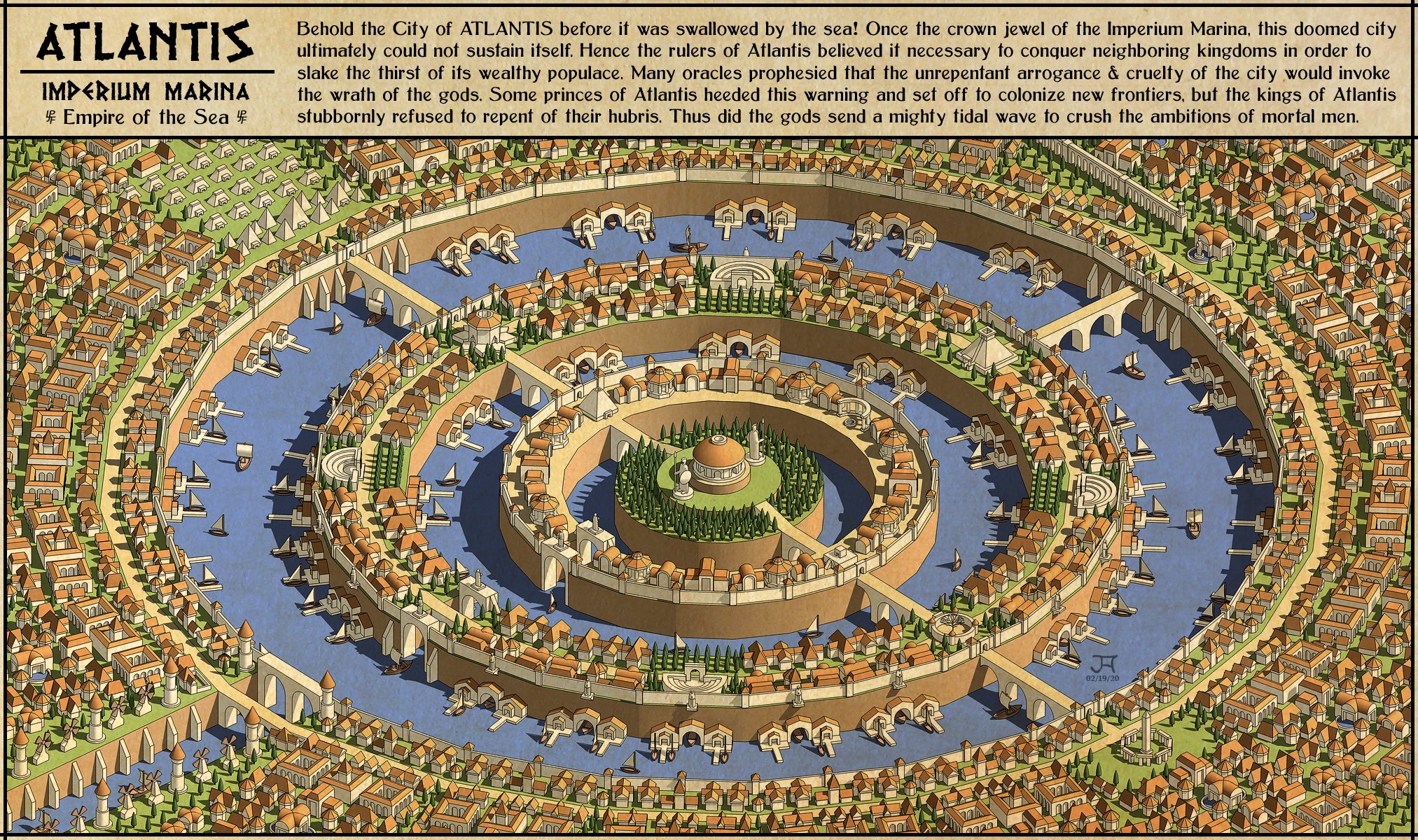 I’m sure Plato would have realized that Athens didn’t exist that far back, especially not with pretty much the same government and culture that they had in his time, so looking for Atlantis is a lot like looking for the cave where all anyone saw were shadows on the walls. But interest in the idea of Atlantis being a real place came back into vogue in the nineteenth century, when a Minnesota Congressman named Ignatius Donnelly wrote something called Atlantis: The Antediluvian World. (Hmm, Frank Black’s cover of Donovan’s “Atlantis” has a spoken introduction by Al Franken, who was later a Missouri Senator.)

I just read the book, and it’s pretty bad, but a fast read, and an interesting document of its time. This was around when archaeologists started studying ancient Native American culture, particularly the Mayan, more closely, and similarities to classical Mediterranean societies led to suppositions that there might have been contact between the two. Donnelly proposed the similarities were due to Atlantis having colonized both the Mediterranean and the Americas. 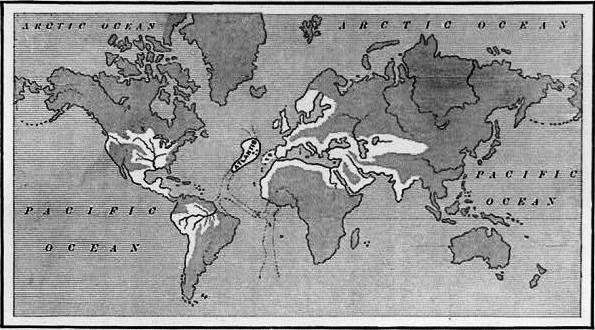 He also identifies Plato’s continent surrounding the ocean as the Americas, even though they don’t surround anything. The surrounding continent also shows up in Silenus’ stories to King Midas, but I don’t know which was first. There was also some knowledge in the nineteenth century that places had changed location over time, but since the theory of plate tectonics hadn’t yet been developed, the idea of huge cataclysms sinking and rising entire continents within human history seems to have shown up pretty often. Both Robert E. Howard and J.R.R. Tolkien used this concept in their imaginary histories, and Atlantis was part of both of them. In both cases, however, I think this was more to create a world that was recognizably our own without having to be entirely historically accurate than for any scientific reason. Fiction tends to influence conspiracy theories like these, but what makes a good story doesn’t necessarily also make for good science or history. Donnelly also claims that all flood myths are memories of the sinking of Atlantis, and mixes in euhemerism (the classical gods are really just based on memories of ancient Atlantean kings, an attempt at rationalization that comes across as more convoluted than just saying they were made up, or even that they really were gods) and racism. I don’t know that he was exceptionally racist for a white man of his time and place; one of the first things it says on his Wikipedia page is that he was a pretty fervent abolitionist. It wasn’t Donnelly’s fault that the word “Aryan,” which he uses constantly, came to be so closely associated with Nazis. But there’s still a clear sense of Aryan superiority present throughout when it comes to developing civilization. The term was originally used for an Indo-Iranian people who were known for being light-skinned. Of course, this was light skin when compared to the original inhabitants of India, so we’re probably not talking blond hair and blue eyes. That’s probably not who would have lived in a lost continent near Spain and Morocco, either. And these ideas of race originated in fifteenth century Europe anyway. But people really latched onto that light skin thing, and the idea of white people originating in the Caucasus contributed as well. So Aryans, Nordics, and Hyperboreans all came to mean pretty much the same thing in that sort of rhetoric. Obviously it doesn’t have to make sense, just kind of sound like you know what you’re talking about. Nowadays the term tends to be avoided in general except by outright racists. Donnelly mentions that the Table of Nations in the Bible really only includes countries in the immediate region, but instead of just going with the obvious conclusion that those were all they knew about at the time, he instead uses it as an argument that Atlanteans never had any presence in eastern Asia or sub-Saharan Africa. While there aren’t any aliens in the book, it’s based on the same premise that supposedly primitive people couldn’t have built and invented stuff on their own. It’s the sort of pseudoscientific work that throws a bunch of possible connections at the reader, so that it becomes difficult to look up whether any individual ones are particularly accurate. At one point, Donnelly argues against something by saying that similar names don’t necessarily mean anything, which is kind of hypocritical as that seems to be all a lot of them are based on. Donnelly was also a proponent of the idea that Francis Bacon wrote Shakespeare’s plays. Bacon actually used Atlantis in his writing, but as a philosophical commentary on society, as did Sir Thomas More with Utopia. I haven’t read either of their books (although I actually checked out the latter from the library today), but it sounds like they were already thinking along the lines of Atlantis being an ideal society instead of Plato’s hostile depiction; for him it was Athens that was utopian.

Atlantis later came to be popular with the spiritual movement, with Helena Blavatsky, founder of Theosophy, keen on the idea of lost continents. She wrote of root races coming from places like Hyperborea, Lemuria, and of course Atlantis. The Aryans were the fifth root race, evolving from the Atlanteans, although other races, like the Mongolians, were directly from Atlantis. It’s even more bizarre than what Donnelly wrote.

There was also some indication that Semitic people were often spiritually bankrupt, and not all races could create the products of civilization. She also wrote that all people were equal regardless of race, creed, or color, so it’s nothing if not contradictory. Her Atlanteans had magical powers, and there’s a bit in some Theosophical work about a dragon named Thevetat who corrupted the people and led them to practice black magic and breed human-animal hybrids. The name is associated with Devadatta from Buddhist doctrine, a monk who is identified as the cousin and opponent of Siddhartha Gautama. L. Frank Baum, a member of the Theosophical Society, mentions a Green Dragon of Atlantis in Dorothy and the Wizard in Oz, but I’m not sure whether that’s an intentional reference to this story. The psychic Edgar Cayce also came up with a lot of weird ideas about Atlantis, including that it was powered by a giant crystal and had futuristic technology including laser guns and flying machines. 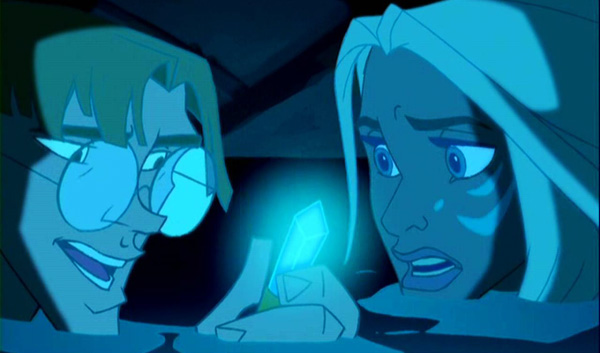 He also had ideas about different races evolving separately. Why do these things always seem to go together? Plato didn’t indicate that Atlantis was particularly technologically advanced or magical. I mean, having an Iron Age civilization in the Neolithic Era would have been advanced, but not more so than what existed in Plato’s time, and no more so than his prehistoric Athens. The idea of ancient wisdom and technology being lost was appealing enough to have largely superseded Plato’s proud military society.

Another book I read recently was Sir Arthur Conan Doyle’s The Maracot Deep, a short novel about a visit to Atlantis, which is portrayed much as Plato described it. It starts as a fairly typical science fiction adventure story, with a zoologist, a mechanic, and an expert at pretty much everything descending into the depths of the Atlantic and encountering all kinds of weird sea monsters.

The Atlantis they discover has some pretty advanced technology, but it seems to be there mostly to make the plot work. The people have devices that let them breathe underwater, and a machine that projects thoughts onto a screen, so as to make the language barrier less significant. Towards the end, it takes on a way more spiritual tone, reflecting Doyle’s later beliefs. Remember, despite his most famous character Sherlock Holmes supposedly being incredibly rational, this is the guy who thought children had actually photographed fairies. The narrator discovers that he had lived in Atlantis in a past life, and Maracot is possessed by an ancient sage in order to fight off Baal-seepa, the demon who caused the corruption of the people, associated with Moloch and usually called the Lord of the Dark Face. Plato spoke of the decline of the nation as being from the divine blood of the people, the kings being descendants of Poseidon, becoming dilute over the generations. The Atlanteans seem to have dark complexions, but they’re still racist in their own way, keeping slaves descended from ancient Greeks and not allowing marriage or reproduction between the two groups. Tolkien identified Sauron as the one who caused the downfall of Numenor, so the idea of a specific evil being leading to the sinking of Atlantis presumably became part of the zeitgeist.

Picture by Turner Mohan
I also think it’s interesting that more recent works often reduce Atlantis from a lost continent to just a lost city. Plato wrote about both, but just a city disappearing into the sea is much more believable. There’s also the trend of its being inhabited by fish-people, and I don’t know where that originated, but I guess it’s an easy way for the place to still have residents while underwater. 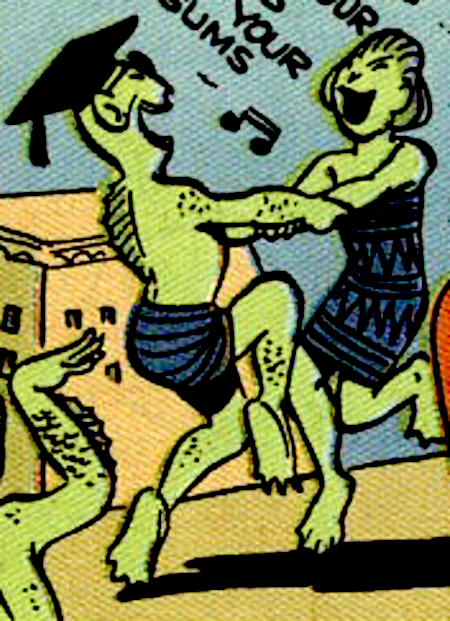 I’ve read that the image of Atlantis covered by a transparent dome comes from David M. Parry’s The Scarlet Empire, a story about why socialism is a bad idea. Come to think of it, Baum also wrote about a sinking city controlled by magic and technology and surrounded by a dome.

2 Responses to A Washed-Up Atlantis