A Self Called Erewhon Erewhon and Erewhon Revisited, by Samuel Butler – The son of an Anglican priest, Butler spent some years as a sheep farmer in New Zealand, and both of those things influenced this work. “Erewhon” is almost “nowhere” spelled backwards, making it similar to a lot of other fictional proper names, dating back at least to Odysseus. From what I’ve seen on Google, it’s also the name of a chain of grocery stores in California. Some of the people of Erewhon also have names that are just anagrams of common English names or other words, although it’s not totally consistent. The story involves sheep farmer George Higgs discovering a hidden country within New Zealand (maybe Peter Jackson should make a movie of this), with a very European society with some strange customs. 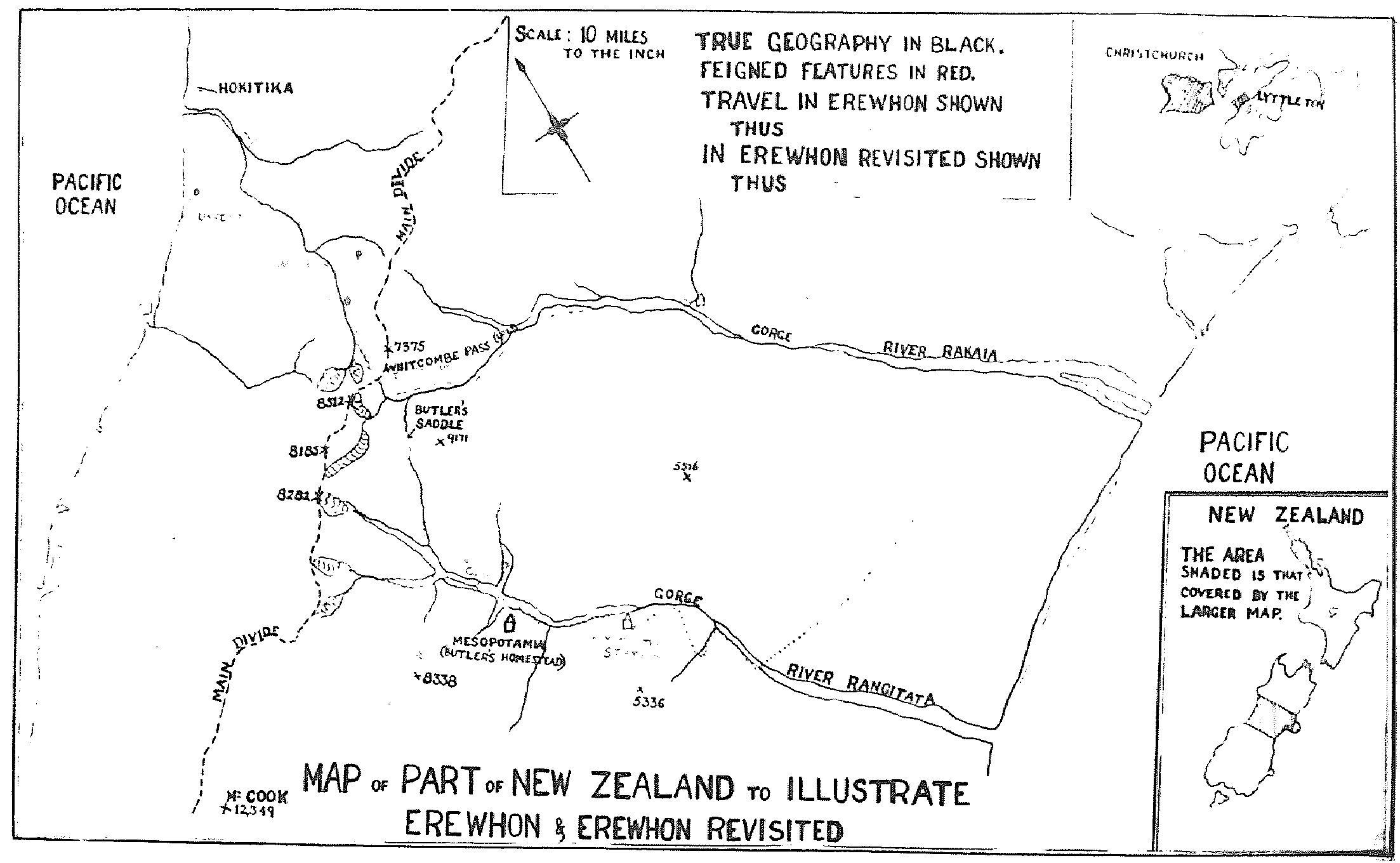 Getting sick and being ugly are considered personal failings, the former punishable by prison time. On the other hand, people who commit what would elsewhere be considered crimes are given treatment instead. The schools purposely teach illogical ideas, there’s a totally hypothetical language that everyone learns, people who are rich enough pay no taxes, there are banks that deal in worthless currency that everyone insists on having some of anyway, and machinery has been forbidden due to fears that it would eventually evolve and take over. It was, in some ways, the precursor to later science fiction stories about artificial intelligence. Erewhonian society specifically satirizes Victorian England, but there are certainly aspects that remain relevant today. While it’s not codified the way it is in this fictional country, people are certainly punished for illnesses and other things they can’t help, and the rich manage to get out of paying taxes. And while the Musical Banks were clearly intended as a parody of the Church of England, I can’t help drawing comparisons to cryptocurrency and the like. Revisited, which has Higgs returning twenty years later and finding out that he’s being worshipped as the Sunchild, has a more straightforward narrative. The laws of Erewhon are downplayed in favor of more mockery of the Church. George meets his long-lost son, and two new significant characters are hypocritical professors. 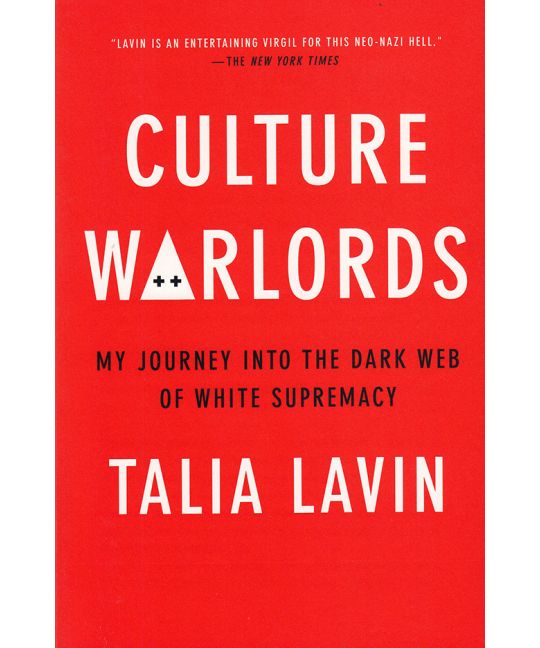 Culture Warlords: My Journey Into the Dark Web of White Supremacy, by Talia Lavin – I’d seen some of the author’s material retweeted on Twitter, and she’s written some pieces I quite liked, including a fairly recent one on corporal punishment in conservative Christian households. I checked her book out from the library, and it’s interesting, very disturbing but with a glimmer of hope. Lavin writes about her research on modern white supremacy, including how she infiltrated some of their online communities. Their beliefs are so crazy that it’s difficult to understand how anyone can hold to them, but Lavin addresses some of the causes of radicalization and dissemination of their propaganda. There are many different groups with somewhat different ideas, but antisemitism remains a major theme throughout. 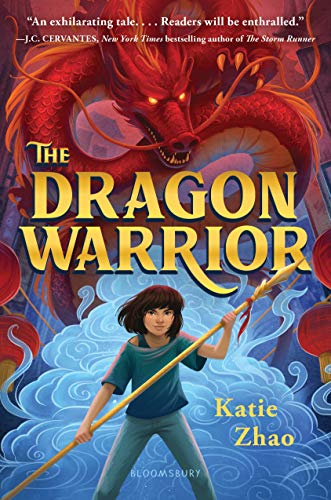 The Dragon Warrior, by Katie Zhao – This has nothing to do with the Dragon Quest games, which used to have that title in the States, but that’s part of why it drew my attention when I saw it recommended to me. During the Lunar New Year in San Francisco, the twelve-year-old Faryn Liu, part of a society of Chinese-American warriors who worship traditional gods, finds out that she’s the prophesied Heaven Breaker. This gives her a cool spear and the ability to communicate with and sometimes command dragons. She goes on a journey with her brother and some other kids, fighting demons and meeting deities. She eventually learns that the Jade Emperor is planning to eliminate most of humanity, and there’s a schism between gods who are for and against him, making it unclear whom she can trust. Her brother ends up turning to the Emperor’s side, the reasons for it not being totally convincing for me, but I’m sure there will be more explanation in later books. There are many references to Journey to the West, and it looks like the Monkey King himself might make an appearance in a sequel. While Rick Riordan didn’t invent the concept of modern children going on quests based on classical mythology, I do think he was somewhat responsible for the modern surge in this trend, even in series he wasn’t involved with. 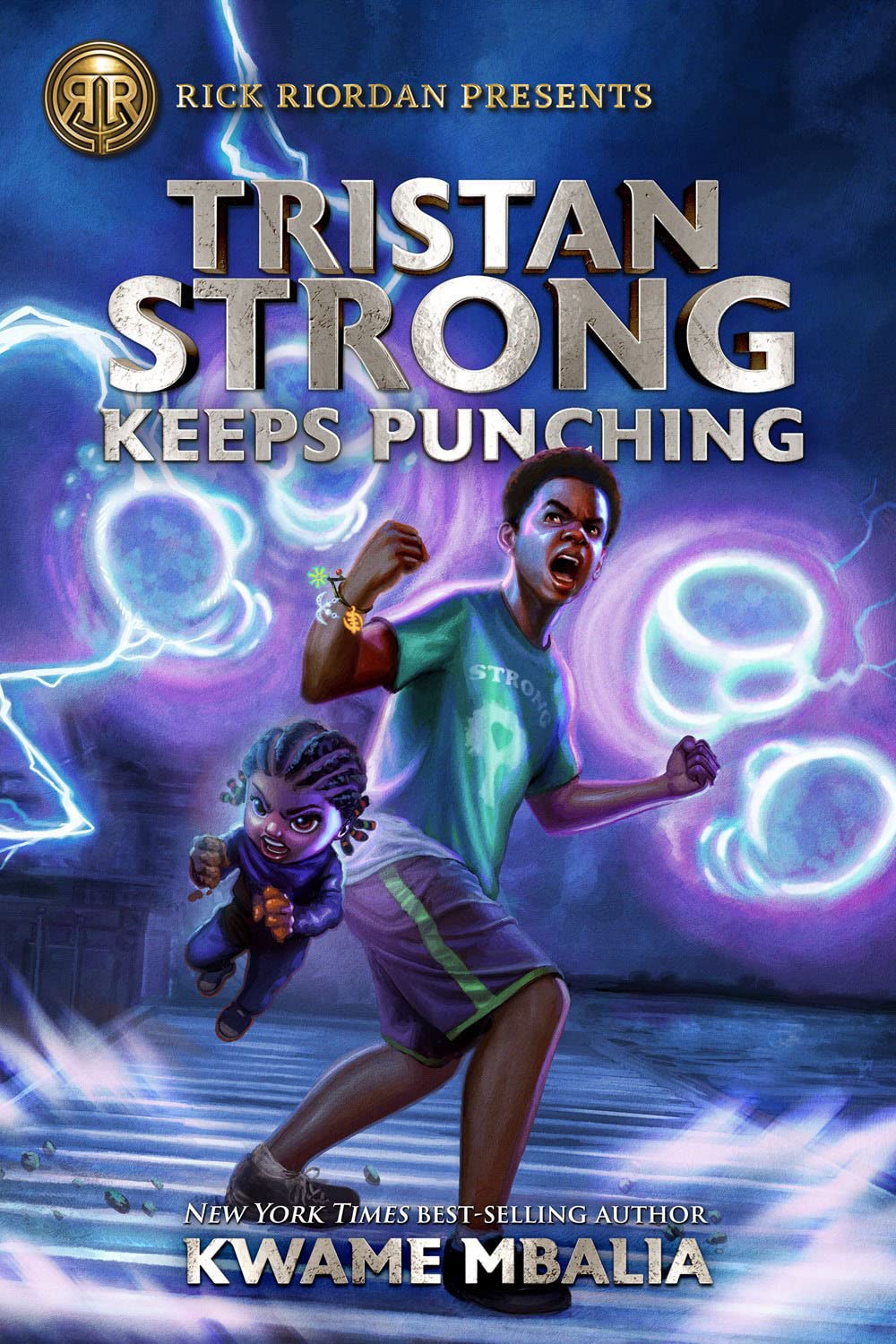 Tristan Strong Keeps Punching, by Kwame Mbalia – This is part of the Rick Riordan Presents label, the third and presumably last book in the Tristan Strong series. As I’m sure I’ve said about the first two, the mythology here is a little looser than other ones under the imprint that use a specific pantheon. It focuses on African-American mythology, so it presents a mix of traditional African gods and American folk heroes. The villains are mostly representations of Black oppression, led by a ghost representing cotton, and assisted by, among others, a bunch of racist humans. Rather than being set in the fantasy land of Alke, this takes Tristan and company to various places in the United States, culminating in his home city of Chicago.

1 Response to A Self Called Erewhon