God Loves You, He Really, Really Does! 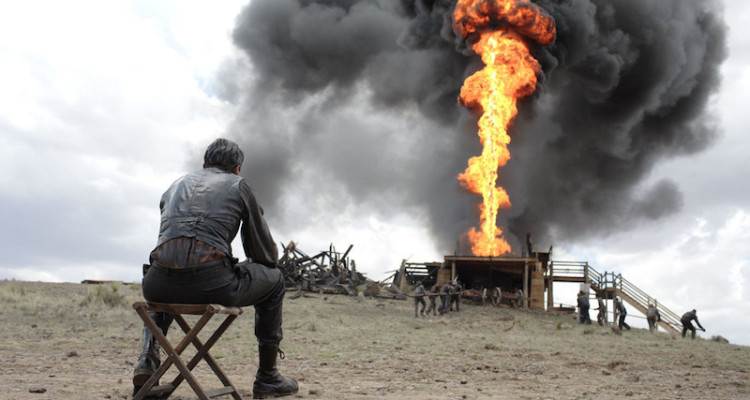 There Will Be Blood – Another Paul Thomas Anderson movie, which was really famous, but I didn’t know much about it. I remember seeing a marquee that looked like it said, “There Will, Juno, Be Blood,” and I also recall a co-worker talking about both of those movies, particularly about the milkshake line. Beth pointed out the similarity to the Simpsons episode where Mr. Burns had the slant-drilling operation, and that was over a decade earlier. She liked this one more than I did, but I guess it’s her brand of film because of how bleak and brutal it was. Daniel Day-Lewis abandons his son and murders two people. There’s a theme about unfettered, immoral capitalism beating out capitalism with a religious bent.

The Master – Now, this one I liked more than Beth did. It’s interesting because it’s based pretty heavily on L. Ron Hubbard and the origins of Scientology, and they’re known to be very litigious about any commentary on their cult. Of course, some stuff was changed, and elements from other similar spiritual movements were incorporated. There’s apparently quite a bit of John Steinbeck in it as well. The stuff with the processing and the repetition of phrases and actions until they become meaningless is very much like what I know of Scientology, though. To bring it back to The Simpsons, because that’s a major touchstone for me, it’s like how the commentary for “The Joy of Sect” downplayed the influence from Scientology, which was clearly there even if it was mixed with other stuff, and I had to wonder if it had anything to do with Nancy Cartwright being a Scientologist. I would have to think constantly suing people would be bad publicity for the organization, but I guess they only do it to people they know they can’t recruit. But anyway, the main focus is on Freddie Quell, played by Joaquin Phoenix, who has PTSD after serving in the Navy in World War II, and is unable to adjust to society. He meets the guru Lancaster Dodd, played by Philip Seymour Hoffman, and the two have a tumultuous relationship, with Dodd simultaneously attracted to and disturbed by Quell’s violent tendencies. 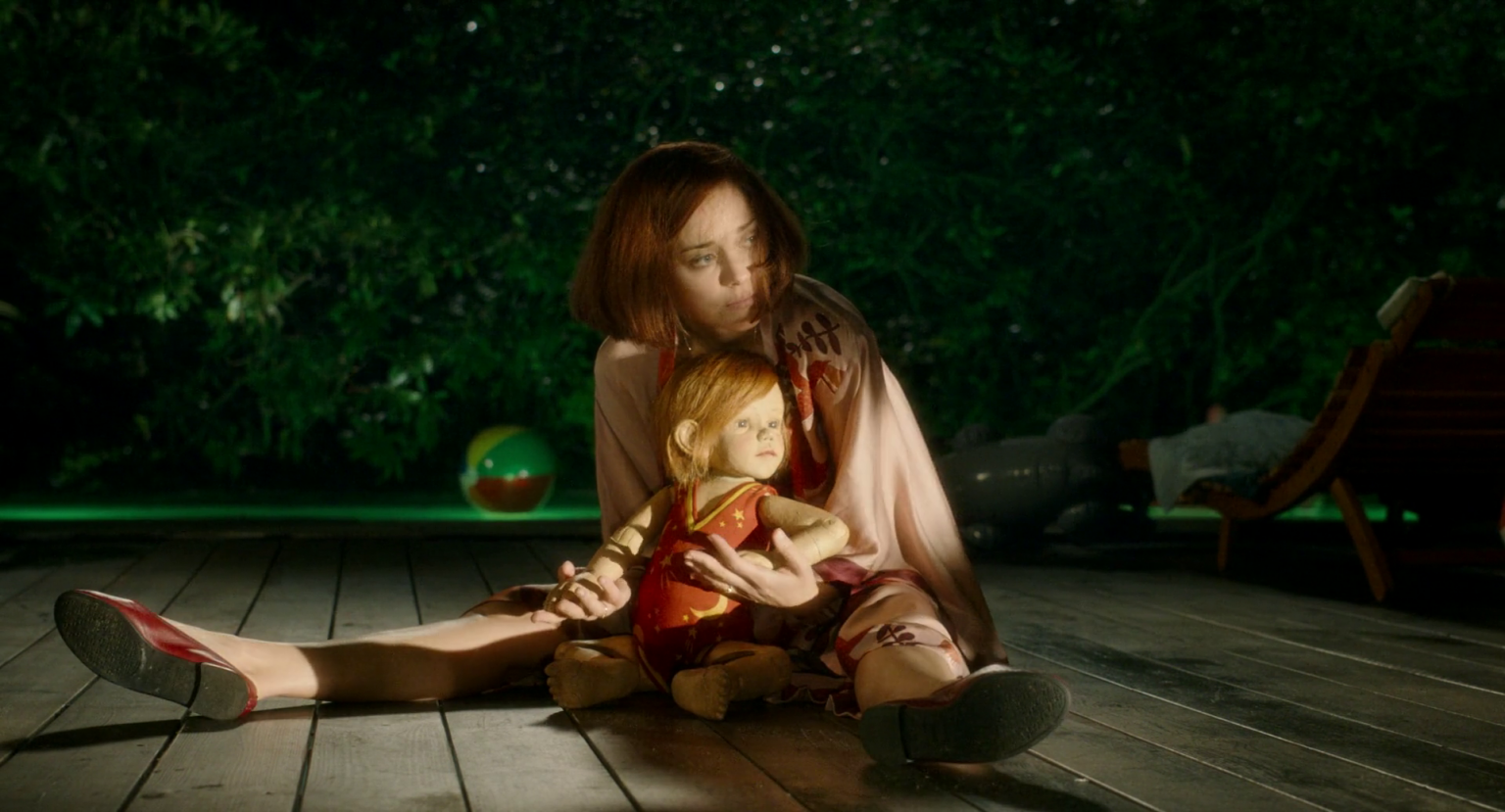 Annette – Beth has recently gotten into Sparks, and Ron and Russell Mael wrote both the soundtrack and screenplay to this recent film, an artsy rock opera directed by Leos Carax. Comedian Henry McHenry and opera singer Ann Desfranaux, played by Adam Drive and Marion Cotillard respectively, have a whirlwind romance followed by marriage and a baby, the titular Annette, who’s a puppet. That is, she’s PLAYED by a puppet, except in one part late in the movie. After Henry’s drunken carelessness leads to Ann’s death, Annette starts singing with her mother’s voice, and he tries to monetize it. In addition to the new songs written for the film, some older Sparks songs are incorporated, and a little bit of a Tom Lehrer number appears early on. It’s a very darkly absurd kind of thing. The Eyes of Tammy Faye – This movie was based on a documentary of the same name, which we haven’t seen, and that’s a little confusing. I remember hearing a little about Jim and Tammy Faye Bakker back when I was a kid and he was in legal trouble for running a scam, but I didn’t know that much about it at the time. More recently, some years after his release from prison, he started a new TV show where he sells survivalist gear and supplements that he claims can cure anything. For all I hear about cancel culture, it seems like it’s the exact opposite for some people, especially in the Religious Right. He’s remarried, and while his current wife is part of the show, she’s not involved like Tammy Faye was, instead mostly just saying “yes” after someone else says something. Anyway, the movie, directed by Michael Showalter, stars Jessica Chastain as Tammy Faye and Andrew Garfield as Jim. Beth pointed out the similarity to I, Tonya, in that they both try to reexamine a much-maligned personage, not making them out to be totally innocent but presenting them mostly as someone doing their best in a toxic environment. She’s shown to be weird but generally well-meaning, even trying the best she could to stand up against evangelical homophobia. Jim is a jerk who uses her, but is also somewhat naive himself, with Jerry Falwell as the main villain.