There Is No Such Thing as Subtle Cruelty

I haven’t been listening to a lot of music lately, as when I get the chance to listen to anything, there are two podcasts for which I’ve been working through the archives. Beth has been really getting into Sparks as of late, and I have to say I enjoy them as well, but I haven’t just sat down and listened to an entire album of theirs as of yet. And I still need to write about seeing Elton John live this week. Anyway, here are three albums I did find some time to process in the last few months: 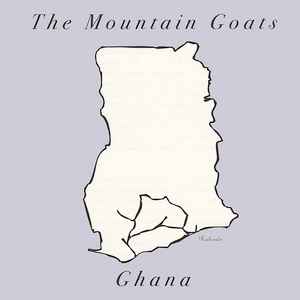 The Mountain Goats, Ghana – This rarities collection was released in 2002, but includes songs that were originally given limited releases as early as 1991. Some of the tracks are pretty rough, but there’s a lot of entertaining stuff here. It starts with “Golden Boy,” which preaches that the reason you want to end up in Heaven instead of Hell is the presence of that brand of peanuts. Since there was an entire Mountain Goats album based on Bible verses, it’s not too surprising that there are Biblical references scattered throughout these songs as well, including the bit from 1 Corinthians about putting away childish things in “Song for John Davis” and Revelation in “Standard Bitter Love Song #8.” “Stars Around Her” is pretty upbeat, and “Wrong!” has an arrangement even more minimal than usual, with a music box sound and a simple drum machine track. There’s a set of songs with violin by Alastair Galbraith, and “Blood Royal” in particular reminds me of Camper Van Beethoven in that respect. “The Anglo-Saxons” is a fun song, although John Darnielle admits that it’s not entirely historically accurate, as he mixes up the Anglo-Saxons with the Picts; there weren’t any Angles or Saxons in Britain in Roman times. And it’s pretty amusing how “Anti-Music Song” pronounces Morrissey’s name as “Ma-rissy.” The liner notes say a bit about most of the songs, as well as jokes about hidden messages in them. 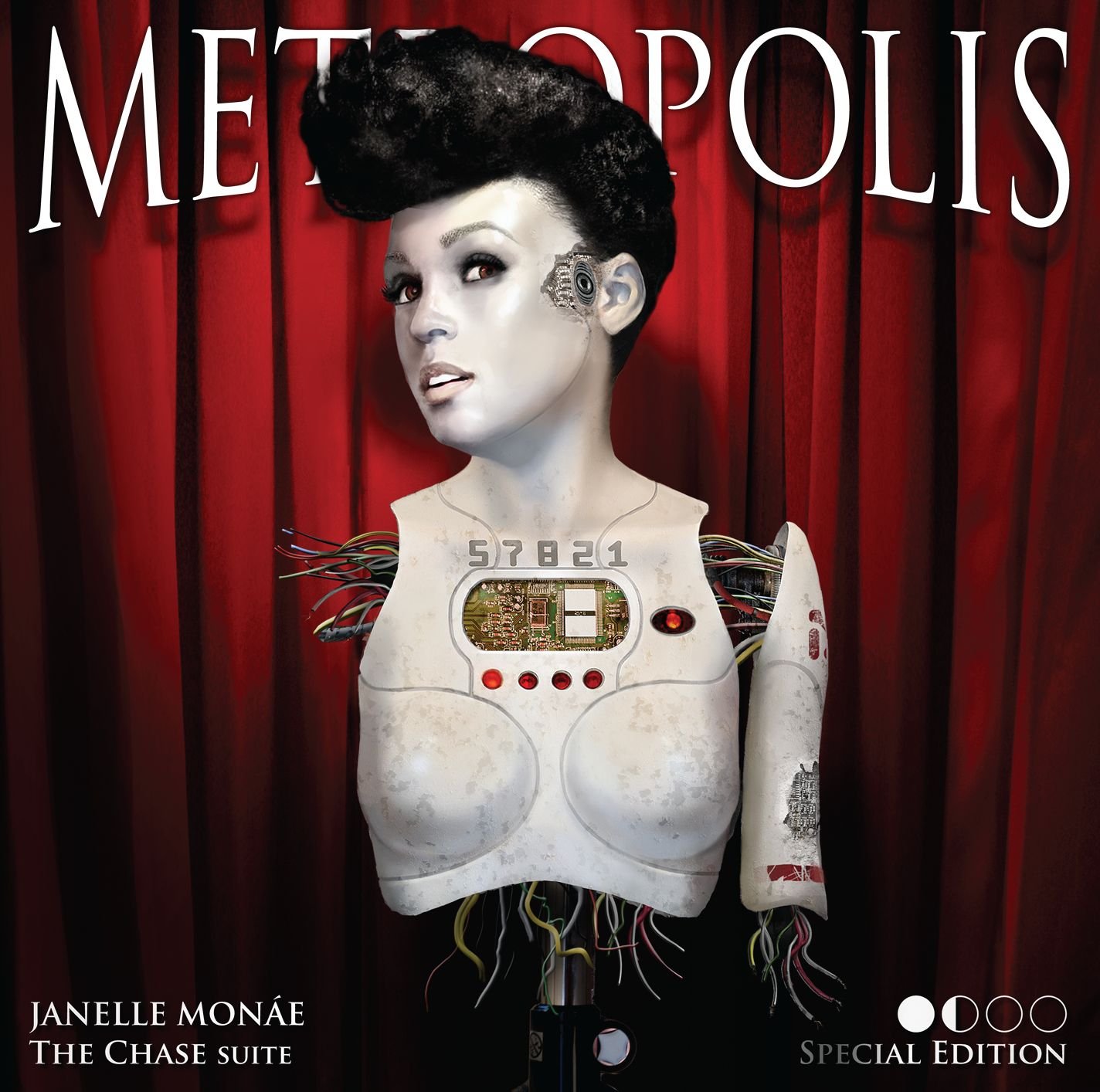 Janelle Monae, Metropolis: The Chase Suite – I guess I sort of listened to the Metropolis Suite backwards. Actually, I listened to a bunch of Monae’s stuff at once when I had a free trial on Amazon Prime Music, but I received the albums in reverse order from their release. This is the beginning of Monae’s story about the android Cindi Mayweather, who falls in love with a human and is hunted down and killed, only to come back as an eternal symbol of rebellion. The opening, “The March of the Wolfmasters,” has Monae playing an announcer who cheerfully talks about dismembering Mayweather with chainsaws and electro-daggers. This is followed by “Violet Stars Happy Hunting!”, about Cindi on the run. “Many Moons,” the single from the EP, is a very catchy, enthusiastic song, driven by an organ part. It changes from complete sentences to short phrases, then ends with a lullaby. “Cybertronic Purgatory” is Cindi’s lament after being captured. “Sincerely, Jane,” has strings and horns, and as this page notes, relates to Cindi’s story thematically but not in subject matter. The last two tracks on the CD I have aren’t officially part of the Suite, but I will note that “Smile” is a cover of the Charlie Chaplin song. Interestingly, one of the podcasts I’ve been listening to mentioned Janelle Monae (years ago, but I only heard it recently), albeit only briefly. 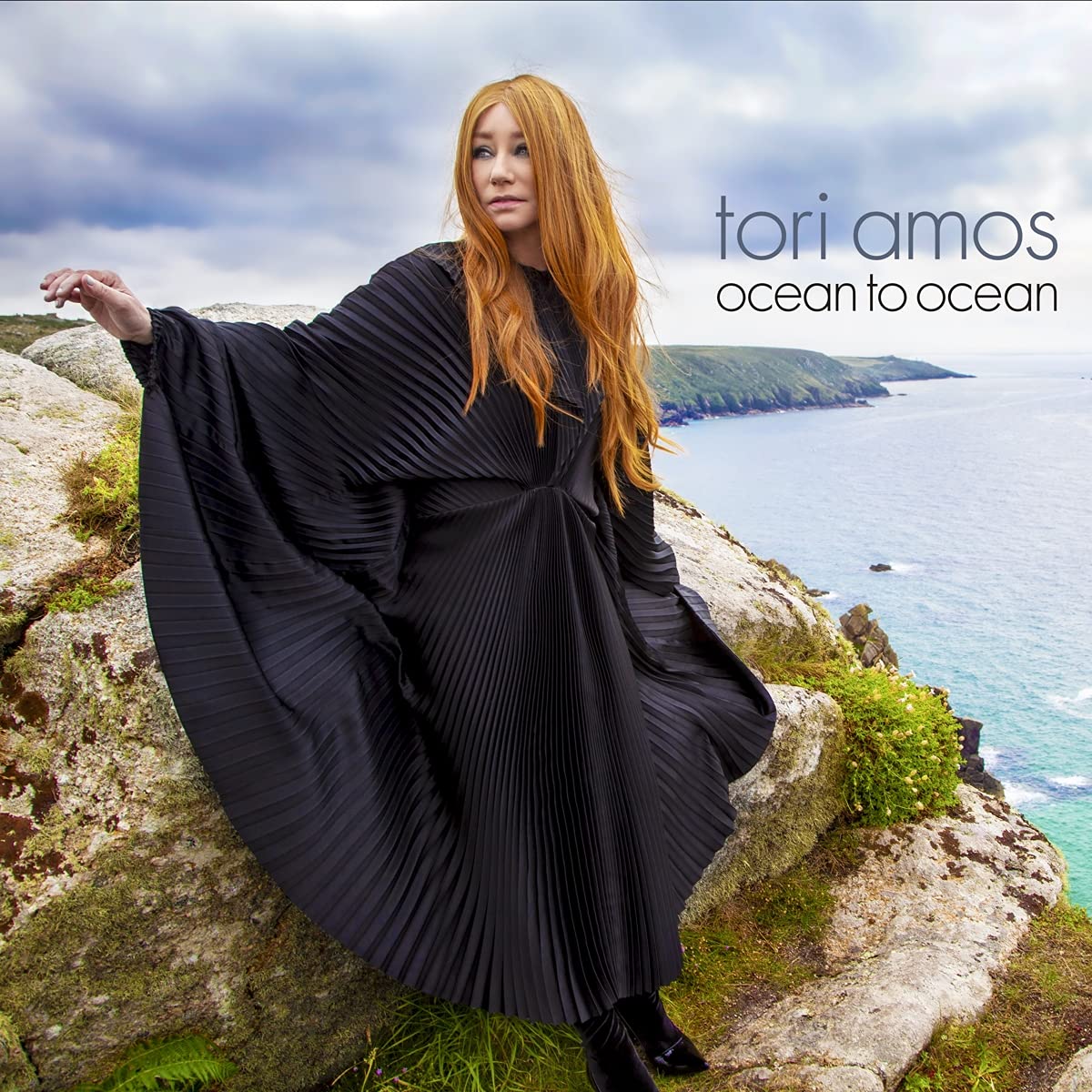 Tori Amos, Ocean to Ocean – I’ve read that Tori wrote most of these songs while in quarantine in Cornwall, which she mentions quite a bit in the lyrics. Nothing really stood out for me on the first listen or two, but I later found a few songs with some aspects I could write about. I like the rhythm section and backing to “Speaking with Trees.” That and the wistful “Flowers Burn to Gold” refer to the recent death of Tori’s mother. “Swim to New York State” is a very grand-sounding song, particularly with the presence of the orchestra. ‘Spies” reminds me of “Giant’s Rolling Pin” in that it combines surveillance paranoia with desserts. I’m not really sure what a lot of the lyrics are about, which isn’t uncommon with Tori’s songs, but it’s one of the most musically engaging songs on the record, and rhymes “hippopotamus” with “anonymous.” It’s obviously a coincidence, but it’s interesting that the Mountain Goats album I reviewed in this post has a song called “Earth Air Water Trees,” and this one has “Metal Water Wood.” In Chinese tradition, the five elements are earth, metal, water, wood, and fire (and not air, although of course that’s a Western classical element). There’s a complicated keyboard arrangement on this one. “29 Years,” about the tragic experiences in Tori’s career, has her compare herself to Medusa, who, at least in Ovid’s version of the myth, was punished with ugliness for being raped by Poseidon. As far as mythology goes, there’s also a mention of Kali in “Addition of Light Divided.”