Dragon Quest Builders – I got this from Beth as an anniversary present, and even though I’m still working on some other games, I decided to try it out. I haven’t gotten very far, but I’ll give some early impressions. It’s largely based on Minecraft, but, well, I’ve never played Minecraft. Much of the game is based around making things, both items and buildings, in order to restore the world. It’s also an alternate universe kind of story. In DQ1, the final boss, the Dragonlord, gives the hero the option to join him. If you agree, it’s an automatic game over; you can’t actually play as a villain. In this game’s backstory, the hero actually did make this choice, and it not only led to the ruin of Alefgard but the loss of creativity for its inhabitants. The goddess Rubiss wakes the protagonist, the Builder, so that he can both rebuild the kingdom and inspire others to create things. So far, I’m still in the first town, Cantlin. I’ve constructed a few simple buildings, mostly out of dirt. A few other people I’ve recruited to live in the town help with building and provide quests to fulfill. 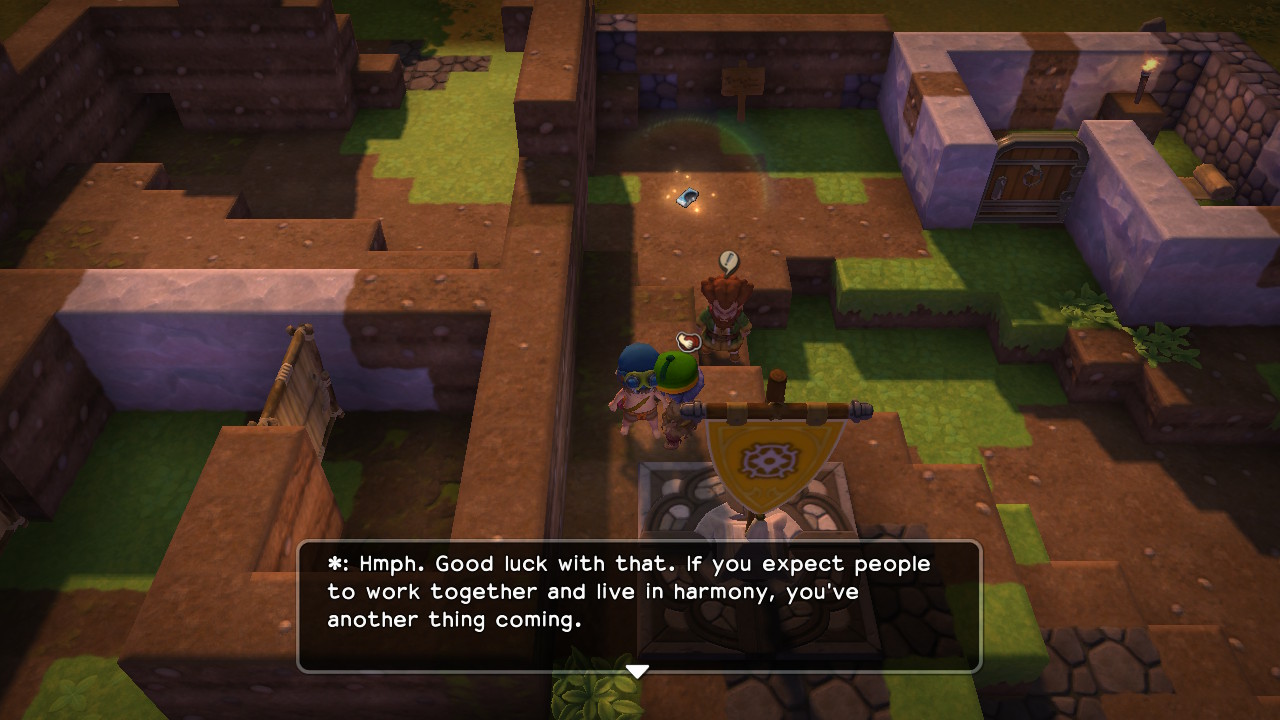 I have yet to build anything with a second story or a roof, but it was pretty common in early DQ games for roofs to rarely be shown.

I did come across a Hammerhood who makes you fix her roof. Since you’re a builder and not a hero, you gain experience from building instead of fighting monsters. The monsters are still there, however, and you have to fight them in order to gain materials, and sometimes because they’re trying to attack your base. Where I am now, I’m supposed to fight a metal scorpion, but it’s pretty tough. I know that other locations from DQ1 will also appear in the game, but I don’t know when I can travel to those. While DQ is traditionally turn-based, battles here are action-oriented, and I’ve never been much good at dodging. So far it hasn’t been too difficult, but the monsters will sometimes gang up on you. 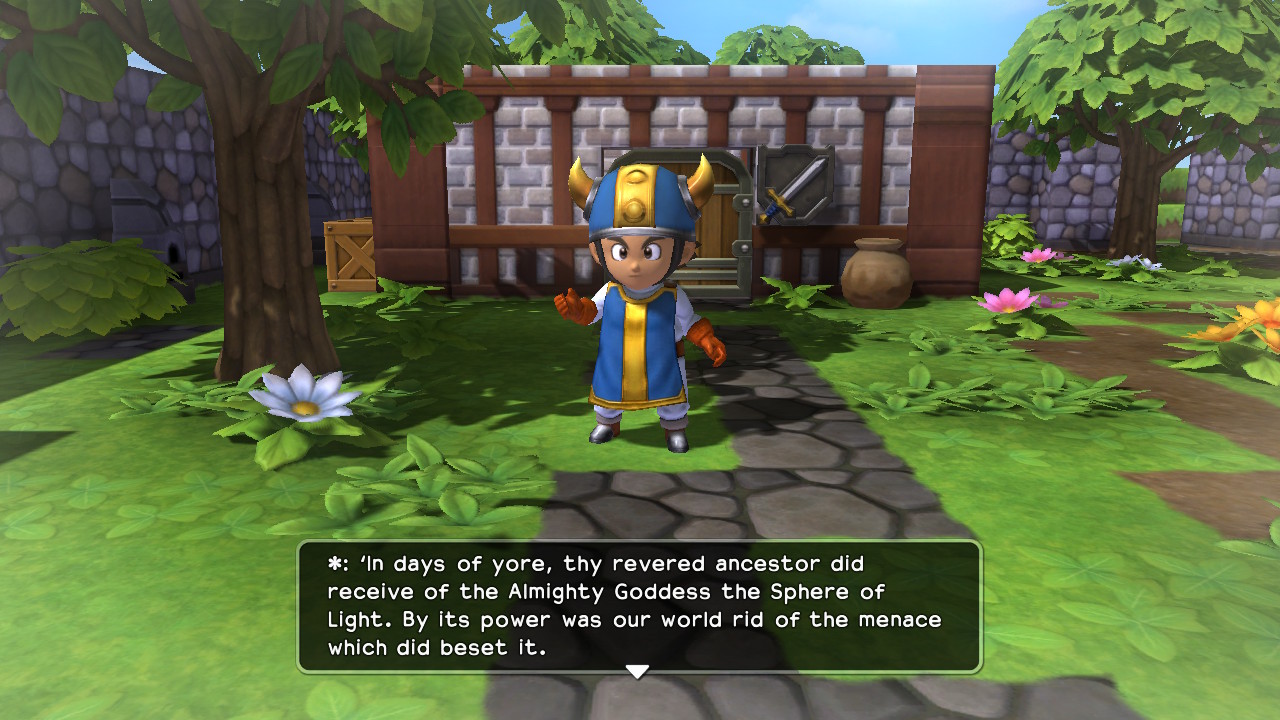 And weapons and armor will break over time. I appreciate the references to DQ1, and I understand that the sequel (which has been out for a while; I’m behind the times) does the same with DQ2, including having the final boss of that game be your companion. If they make a third, I wonder if it will be a prequel the way DQ3 was.

1 Response to Build Back Blockier