The 1975 Oziana is the last one with Gary Ralph as editor, and the majority of it consists of one story, but it’s a good one.

“The Romance of the Silver Shoes,” by Laura Jane Musser – A longer tale that provides an explanation for the origin of the Silver Shoes and what happened to them after Dorothy lost them in The Wonderful Wizard of Oz. As I’ve mentioned before, there are several different stories about the Shoes, and I’m not sure they can all be reconciled with each other. The explanation here is that they were given as a gift by the god Mercury to Princess Zephyra, who’s in charge of light breezes. They not only provide fast travel, but can also inspire humans to create things. The Wicked Witch of the East sent an eagle to steal them, and when Dorothy lost them in the desert, they ended up in the possession of a nasty Sand Witch named Sandrika. Dorothy goes undercover to Sandrika’s castle to try to get them back, and she and Toto have a quite harrowing experience. Princess Langwidere, who is distantly related to the Sand Witch, makes a significant appearance in the story. It’s a quite descriptive narrative, with some quite engaging new characters. Bill Eubank illustrated this one, and provided portraits of two of the three windy siblings, who hail from the Kingdom of Storms. Some of the pictures are pretty clearly based on ones by John R. Neill. 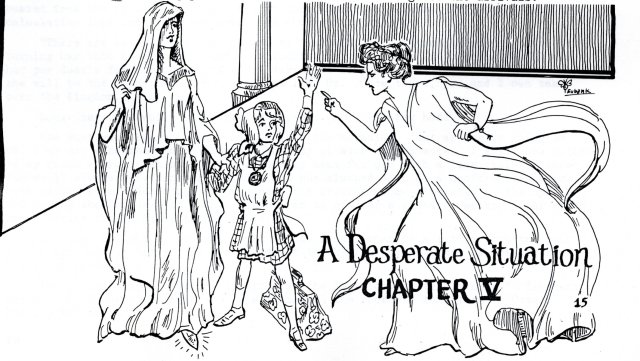 I think it’s also the first time the cover illustrates a scene from a story in the issue. Really, the back cover by Robert Lauer seems more like it would be the front cover, if only because of the more prominent appearance of the title, but what do I know? 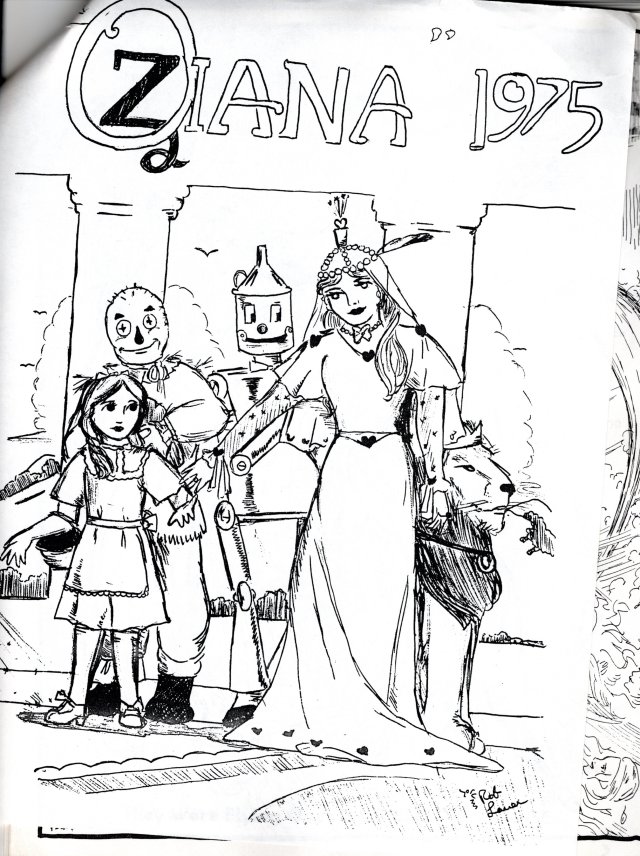 Mixing in Greco-Roman mythology, as this piece briefly does, is something I tend to enjoy and have done myself, but it’s somewhat controversial. With all of these Immortals to take care of the world, wouldn’t the classical gods be somewhat redundant? L. Frank Baum tended to borrow more from folklore than from ancient mythology. The story mistakenly states that the Rain King is Polychrome‘s father instead of her uncle, but this same error appeared in Grampa, and possibly elsewhere.

“Dorothy’s Dilemma,” by Mark Deitch – A short poem from the perspective of Dorothy when she’s caught in the poppy field, mentioning the similarity to the Sirens.

“The Threat of Civil-Oz-ation,” by Dan Cox – Compared to the epic feel of “Romance,” this one is rather comedic, although the stakes are still pretty high. It features the Glass Cat and the Woozy as traveling companions who come across the Duke of Progressia, a man who wants to destroy all magic in Oz, claiming that he’s only following Ozma’s law. He has a transporter to the Great Outside World, so does his hatred of magic mean he created it entirely with scientific principles, or is he just a hypocrite? Regardless, the two unlikely heroes save the day in their own way. The illustrations by Nate Flower show the Woozy and the Cat as about the same size. 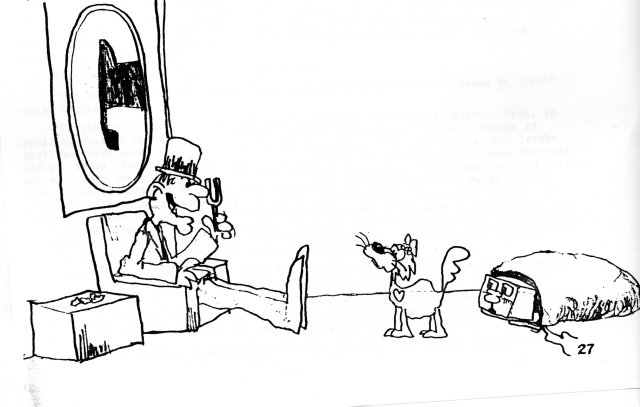