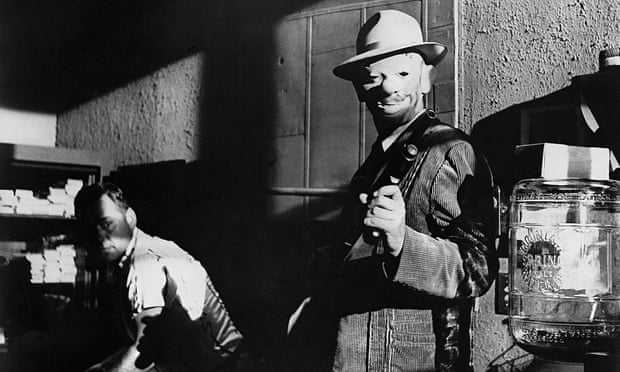 The Killing – Stanley Kubrick’s 1958 film noir heist picture, filmed in black and white. It’s about a conspiracy to rob a racetrack during a big race, presented in documentary style with a narrator and some scenes appearing from different perspectives. There’s some focus on each co-conspirator and how they pull off their own parts. One of them, a rather meek teller, has a wife who responds to every single thing he says with an insult, and she’s also having an affair. I didn’t love it, but it was definitely well-made. I’ll point out that somebody does use the N-word, but it leads to his demise. 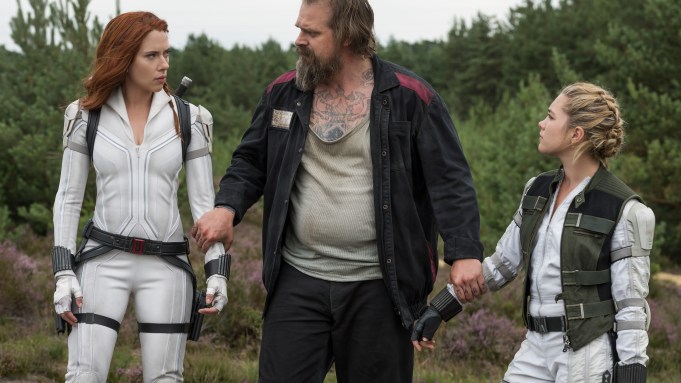 Black Widow – I’ve fallen behind on the Marvel Cinematic Universe since the pandemic started, which I guess is kind of weird because I had more free time when I wasn’t commuting, but still. I’ve still only watched the first of the relevant Spider-Man movies. Anyway, the idea of a solo film for the only founding female member of this version of the Avengers had been kicked around for a while, but we didn’t actually get it until after the character had been killed off in Endgame. I’ve never really understood why everyone seeking the Soul Stone automatically believes the Nazi ghost when he tells them they have to sacrifice someone they love, but there you go. And I know Scarlett Johansson has been called out for pretending she’s never heard of white privilege, but we’ve probably been expecting too much of her. As far as I know, she hasn’t attended anti-vax rallies like the Wasp, or sold snake oil like Pepper Potts. I remember Florence Pugh, who played Yelena Belova, from Midsommar, and her character is brainwashed there as well. It starts with a flashback to when Natasha and Yelena were undercover Russian spies in the States, with other agents playing their parents. I looked it up, and the Red Guardian, Alexei Shostakov, who here was the father, was actually Natasha’s ex-husband in the comics. David Harbour, who played the character, gained and then lost a bunch of weight, which doesn’t sound healthy. I’m sure he made plenty of money, but still. Anyway, going on the run after Civil War, Natasha runs into her faux-sister, and soon the whole fake family is reunited. There’s a lot of good banter between them, and the general idea that, even though they were only living together as part of a Soviet plot, they still see each other as family to some degree. Yelena making fun of Natasha’s battle pose was pretty amusing, as people have been commenting on that for years. The main villain is a guy named General Dreykov, who’s in charge of the whole network of assassins trained in the Red Room (this showed up in the comics before Fifty Shades of Grey, although apparently it was a generic term for a torture chamber even before that), and whom Natasha thought she had killed years earlier. Since he’s a behind-the-scenes kind of bad guy, I liked that he was just kind of a normal-looking guy. Of course, all the female assassins we see look like models, but that’s Hollywood for you. It’s mentioned that the Black Widows’ reproductive organs are removed, which makes Natasha’s comments to Bruce Banner in Age of Ultron make more sense, although it’s still not really comparable to transforming into a big green rage monster. Wait, don’t black widow spiders kill their mates to increase the chances of their offspring’s survival? Learn some biology, Dreykov!

Seed of Chucky – The fifth movie in this series has a weirdly convoluted plot that involves Chucky masturbating in order to artificially inseminate someone, so maybe that’s part of why it wasn’t rated too highly.  But I found it to be quite fun. It starts with the child of Chucky and Tiffany from the end of Bride of Chucky working as a ventriloquist’s dummy, which is totally cheating, although there might not be anything specifically about it in the rules. The doll travels to Hollywood, where there’s an in-universe movie being made about the events of the last film, and uses voodoo to transfer their parents’ souls into the mechanical dolls being used for the film. The child isn’t sure about their gender identity, and lacks genitals (which Bride established that Chucky and Tiffany do have in doll form). In addition to voicing Tiffany, Jennifer Tilly plays herself, who’s providing the voice of Tiffany for the in-universe movie, but aspires to better things. Redman appears as a director, and John Waters has a fun part as a paparazzo who’s killed in a humorously gruesome way. Britney Spears, who’s run off the road by Chucky, does not play herself, which apparently required a legal disclaimer back in the day. By the way, there’s a They Might Be Giants song, “Cyclops Rock,” that mentions Chucky and includes the line “Chucky’s arm keeps me company.” I can’t remember for sure, but I think this is the first movie in the franchise that specifically showcases the killer doll’s disembodied arm. Probably not a reference to the song, but who knows?

1 Response to Making a Killing