It’s Hip to Be Hypocritical 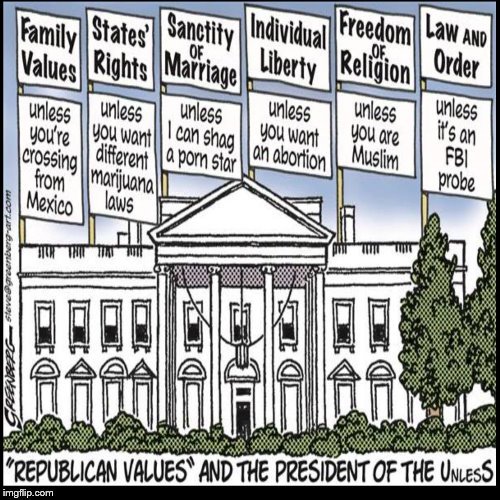 I’ve been thinking of a few things recently with regards to politics, especially in terms of Republicans. They’re hardly original ideas with me, and I’m sure many people have expressed them better than I have, but I’m going to say my piece anyway. One is the sense of hypocrisy and projection. It’s no secret that Donald Trump did this all the time, as evidenced by the 2016 Saturday Night Live debate sketch where Alec Baldwin’s Trump accuses Hillary Clinton of having orange skin. It’s hardly a surprise that some people who spread the whole Pizzagate/QAnon thing about all their political rivals being pedophiles turned out to be pedophiles themselves. They’re all pro-Trump, and even if he’s not actually a pedophile himself, he has no problem making inappropriate jokes about the subject. Remember when he talked about walking into a teenage girls’ dressing room, or being sexually attracted to his own daughter? Obviously this doesn’t apply to everyone making these accusations, any more than all homophobes are closeted. But it seems worthy of notice. Projection is a pretty human thing, I guess. It comes back to the things people hate about others being the same as the ones they hate about themselves. But really, you’d think someone who’s a pedophile would try to entirely avoid the subject as much as possible, right? By accusing other people of it, aren’t they casting suspicion on themselves? I recently came across this Tumblr post that addresses conservatives accusing others of grooming or indoctrinating kids. It seems that, at least sometimes, the whole reason they think other people are doing these things is that it’s what they’re doing themselves, “because that’s how they relate to their children, with authoritarianism.” As such, kids simply being exposed to other viewpoints, or anything that just generally makes the parents uncomfortable, is seen as dangerous. That’s why they often hate public education in general. It’s certainly fair to criticize aspects of the public education system, but a lot of what it’s about is teaching critical thinking, even if it’s not always effective in that respect. Everybody who teaches or relays information is going to have a viewpoint, but not everyone is going to insist you have the same one. I’ve certainly been guilty of assuming other people think like I do, but I realize I’m often wrong. Tied into this is how people think it’s okay when they do something, but not when other people do. Sometimes it’s a case of the in-group, only thinking things are bad when done by someone of a different political party, or a different race or gender. I wondered about Trump constantly saying he was for “law and order” when he was known to have broken laws. 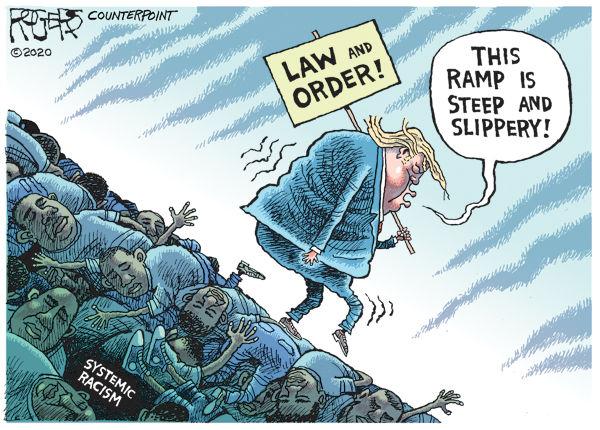 Later, I found out that this expression originated with Nixon, and was always explicitly racist. The whole concept of the racist dog whistle is somewhat new to me, I guess because I’m kind of a sheltered white guy. But I suppose it’s only hypocritical if you think the law should apply to everyone, instead of only to people who aren’t white. It’s sort of like how the same people who think their kids learning that gay and trans people exist don’t seem to care so much about child marriage. 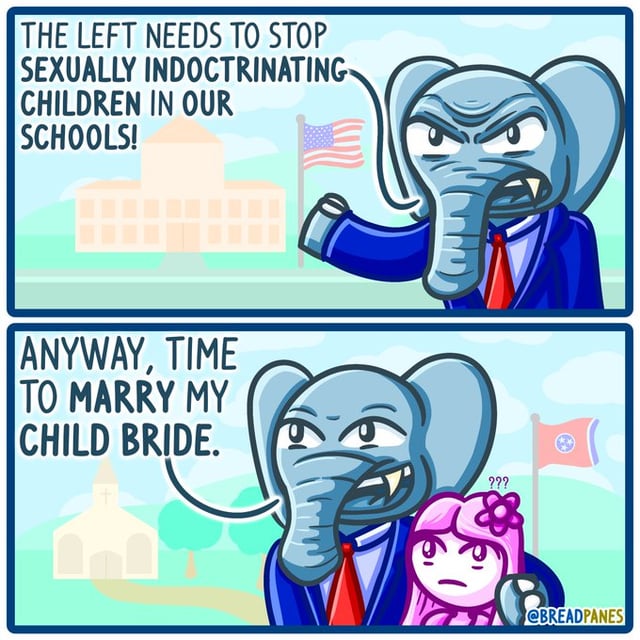 I’d written most of this before hearing about the Supreme Court being primed to overturn Roe v. Wade, but that’s the same kind of thing. Not only is there hypocrisy in people credibly accused of sexual harassment making decisions about women’s reproductive systems, but I’m sure the decision wouldn’t stop any rich people from having access to safe abortions.

Another thing that comes up is people using the same tired arguments over and over again. I recently saw a tweet (quote-tweeted, that is) with someone claiming rape isn’t a big deal if the person is dressed provocatively. Not only is this argument totally ridiculous, but it’s so overused as to be a cliché. Sort of like “If we evolved from monkeys, why are there still monkeys?”, which apparently also still shows up quite a bit.

Another one that I’ve seen crop up from time to time, including pretty recently, is that women tend to be looked over for promotions and raises because they’re not good at negotiating. Replies to the most recent instance I saw of this pointed out how there’s empirical proof of women being treated poorly just because they’re women, and of forthrightness being seen as a positive for men and a negative for women. But even if that weren’t the case, why should negotiation be the key to success in a job, unless maybe your job is to be a negotiator? It’s not only wrong, but the whole premise is flawed. That’s not to say it would be any better for people to come up with NEW terrible arguments, just that it’s really tiresome to see these same comments when they’ve already been addressed. And in regards to sexual assault, isn’t it kind of strange when someone’s reaction to allegations is indignance? If they’re really innocent, I would have to think they’d respond with fear, but no. I mean, I’m sure I’d be terrified in that case. This was very much the case back in the Brett Kavanaugh hearings, where not only he but many other Republicans thought that the allegations even being brought up was just insulting. It comes back to a sense of entitlement and not thinking the rules apply to you, I guess. It’s not necessarily proof that these people actually did something, but it’s suspicious.

Another such annoying thing is people in power making their personal tiffs everyone else’s problem. This is something I thought of back when Chris Christie was Governor of New Jersey, and he purposely slowed traffic on the George Washington Bridge. And why? From what I’ve heard, just because the Mayor of Fort Lee didn’t support him. So he’s inconveniencing everyone who needs to take this bridge because he’s mad at one guy? This happened quite a bit with Trump as well. There was that feud with Jeff Bezos of Amazon, and his trying to get all his supporters to hate Facebook and Twitter just because they banned him. Never mind that they let him get away with flagrantly breaking the rules for years, and probably only cracked down on him due to public outcry. And now we have Ron DeSantis in Florida wanting to punish Disney (at the expense of the taxpayers, no less) because they withdrew their support for him.

It’s kind of funny to see pro-corporate politicians fighting with major corporations and pretending they now hate “Big Tech.” I have plenty of issues with Facebook, Twitter, and Disney as well. But these politicians don’t hate them because corporatism enforces and increases the wealth gap. They’re perfectly fine with that. They just don’t like being criticized, and act like these companies are their personal enemies. Maybe that has something to do with thinking corporations are people. I saw something on Tumblr about how Elon Musk might be rolling back restrictions on transphobic comments on Twitter because his latest space ex, Grimes, is now dating a trans woman. No idea if that’s actually true, but it sounds like the kind of thing a rich jerk would do.

7 Responses to It’s Hip to Be Hypocritical