There’s No Crying in Baseball 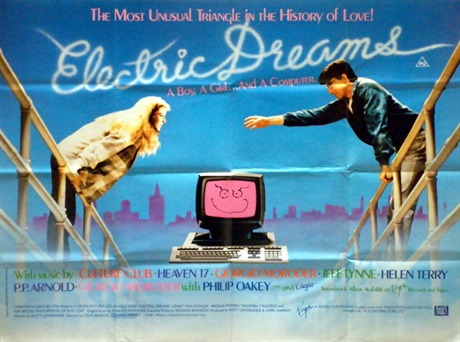 Electric Dreams – Beth had wanted to watch this pretty much just because of the connection to Giorgio Moroder, who wrote the music. He’s known for his work with synthesizers, and was highly influential in the development of disco and electronic dance music. He also composed the music for The Neverending Story. Maybe Top Gun is the more famous movie he scored, but I haven’t seen that, and Story was very important to my childhood. Looking at his Wikipedia entry, it says he was born in 1940 in the Kingdom of Italy. That would have been during Mussolini’s fascist regime, but apparently Italy technically had a king until 1946. What I guess would be considered this film’s theme song, “Together in Electric Dreams,” was one he wrote with Phil Oakey of the Human League. As far as the plot goes, it’s about a San Francisco architect named Miles who’s trying to design earthquake-proof bricks, and is talked into buying a computer by an electronics store clerk. The computer turns out to be capable of learning, communicating, and feeling, hardly an original idea for the time. While a romance develops between Miles and his new neighbor, a cellist played by Virginia Madsen, the computer thinks it’s in love with her as well, and tries to sabotage Miles. I don’t have that much else to say about the film, but it is interesting that Madsen’s character is very intrigued by the computer’s imitation of the music she plays, and it’s a large part of why she’s interested in Miles in the first place. So she doesn’t think it’s a cheap imitation that’s going to put professional musicians like her out of work? I was thinking a bit about this recently, and how the original function of the synthesizer was to imitate instruments, a lot of synth music instead utilizes its functions that don’t sound like any real instrument, showcasing the bleepy computerized sound instead of trying to avoid it. But then, I’m generalizing here. The name of the film was later used for a TV show based on Philip K. Dick’s work, unrelated to this, although the computer in the movie does dream of electric sheep. 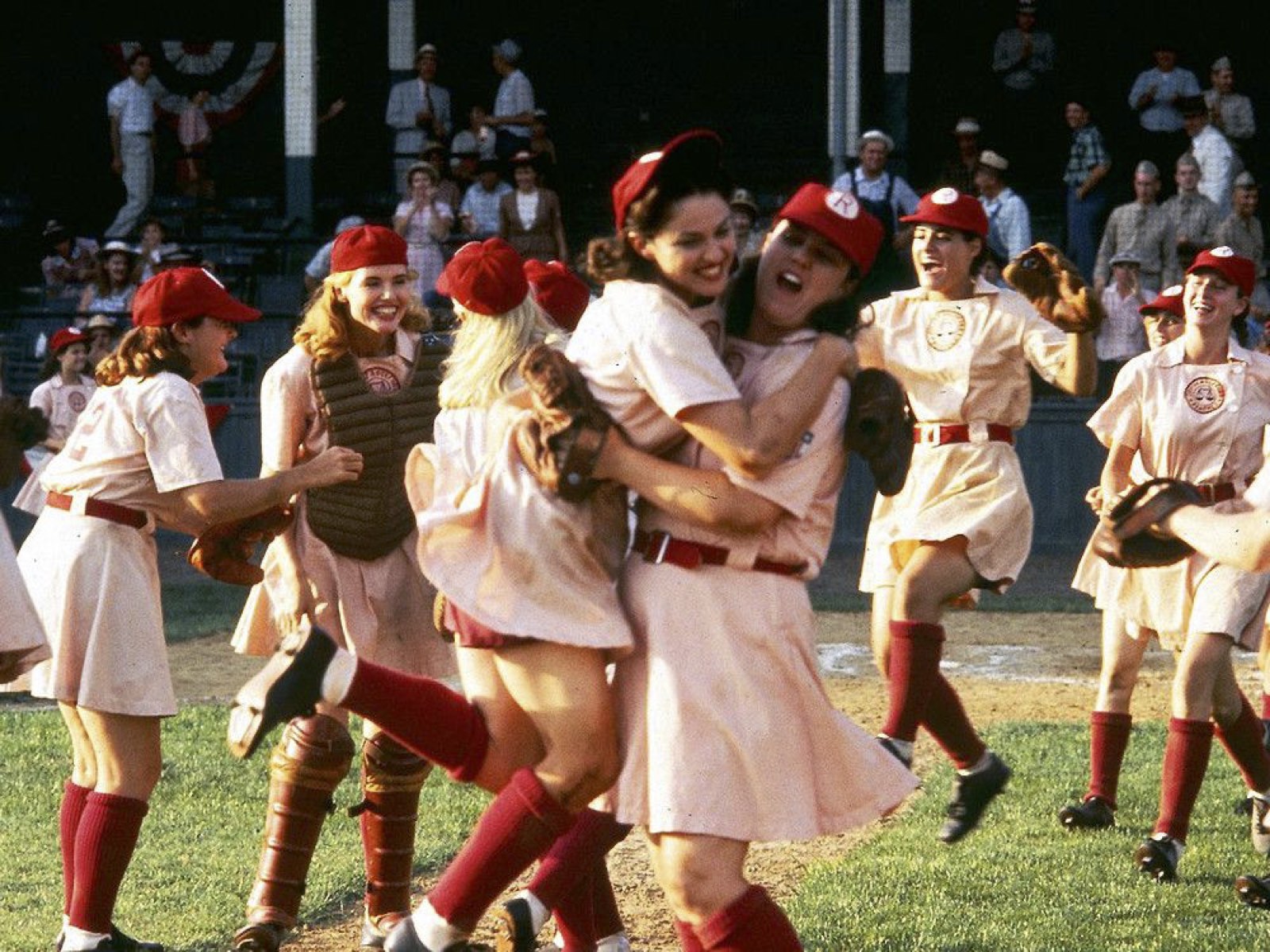 A League of Their Own – This came up in conversation with Beth as something she’d seen and I hadn’t, so we watched it together on Friday. I’m sure you already know what it’s about, but I want to pad out this review a bit. It’s a fictionalized version of the story of the All-American Girls Professional Baseball League, founded in 1943 when the fate of men’s baseball was dubious due to World War II. In the movie, the co-founder of the league is a chocolate bar executive, but it was actually Philip K. Wrigley, who ran the gum company. The company and Wrigley Field were named after his father, and they owned the Cubs. The team includes several well-known actresses, including Madonna as a trampy woman and Rosie O’Donnell as a tough Staten Island native. Tom Hanks plays the team manager, a former professional baseball star who’d become an alcoholic. The main focus is on Geena Davis, perhaps sometimes at the expense of the other characters. There’s one scene where a messenger shows up with a letter saying that one of the players’ husbands had died in combat, and it’s played like it’s supposed to be a relief when it’s not Davis’ husband, as if that somehow makes it better. She also has a lot of tension with her sister, who’s played by Lori Petty. I don’t think I’ve seen her in anything else, but I know she was Tank Girl. What I really want to know, however, is what sport DOES include crying.

Behind the Candelabra – This was based on a book by Scott Thorson about his relationship with Liberace. Michael Douglas plays the pianist, and Matt Damon is Thorson. While primarily sexual, Liberace also says he wants to adopt Thorson, and pays for him to have plastic surgery to look like a younger version of him. Thorson becomes a drug addict, allegedly due to all the drugs the plastic surgeon gives him. He becomes paranoid, and annoyed at Liberace’s turning to pornography and peep shows, and desire for an open relationship. Thorson ends up suing his former lover and having to settle for a much smaller amount, but does visit him one last time before he dies of AIDS. It portrays Liberace as controlling, a devout Catholic despite being gay, and against celebrities being vocal about political causes. Apparently this was released by HBO because Hollywood studios thought it was too gay, something that I guess was still a dealbreaker in 2013. From what I’ve read, Thorson is still an addict, and has been arrested for burglary.

1 Response to There’s No Crying in Baseball