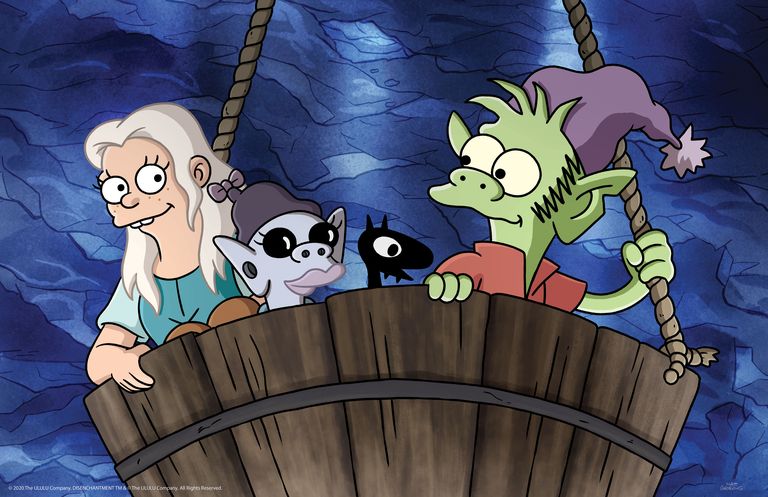 I watched the first season of Disenchantment when it was still pretty new, then didn’t get around to watching any more until the fourth was about to come out. And we don’t yet know whether there’s going to be a fifth. But anyway, I’m caught up, so I might as well share some thoughts. Beth has been watching it with me, but she’s not really into it. As the show has gone on, it’s become more about ongoing storylines, something there was a little of in Futurama, but nowhere near as much. There are also a lot of references back to previous characters and plot elements that seemed to just be one-off jokes at first. It also seems like pretty much every episode ends with a cliffhanger instead of any kind of resolution, which I guess goes along with the format of a whole season being released at a time. There are going to be some SPOILERS in the rest of this, although I’ll try not to go into too much detail. A lot of the overarching plot is based on various factions trying to take control of Dreamland to get access to some kind of magic that’s kept there. This might be linked with the fact that it was the old seat of power for the elves, who were then slaughtered in a vicious battle. There have been arcs for many of the characters: King Zog was committed to a mental institution after being buried alive, escaped and regained his sanity (well, as much of it as he had before) at a monastery, divorced Oona (who went on to become a pirate captain) and fathered a child with a shape-shifting bear woman. Elfo has learned the identity of his non-elf parent. Bean’s mother Dagmar has tried to force her daughter into a marriage with Satan, and Bean herself has fallen in love with a mermaid. 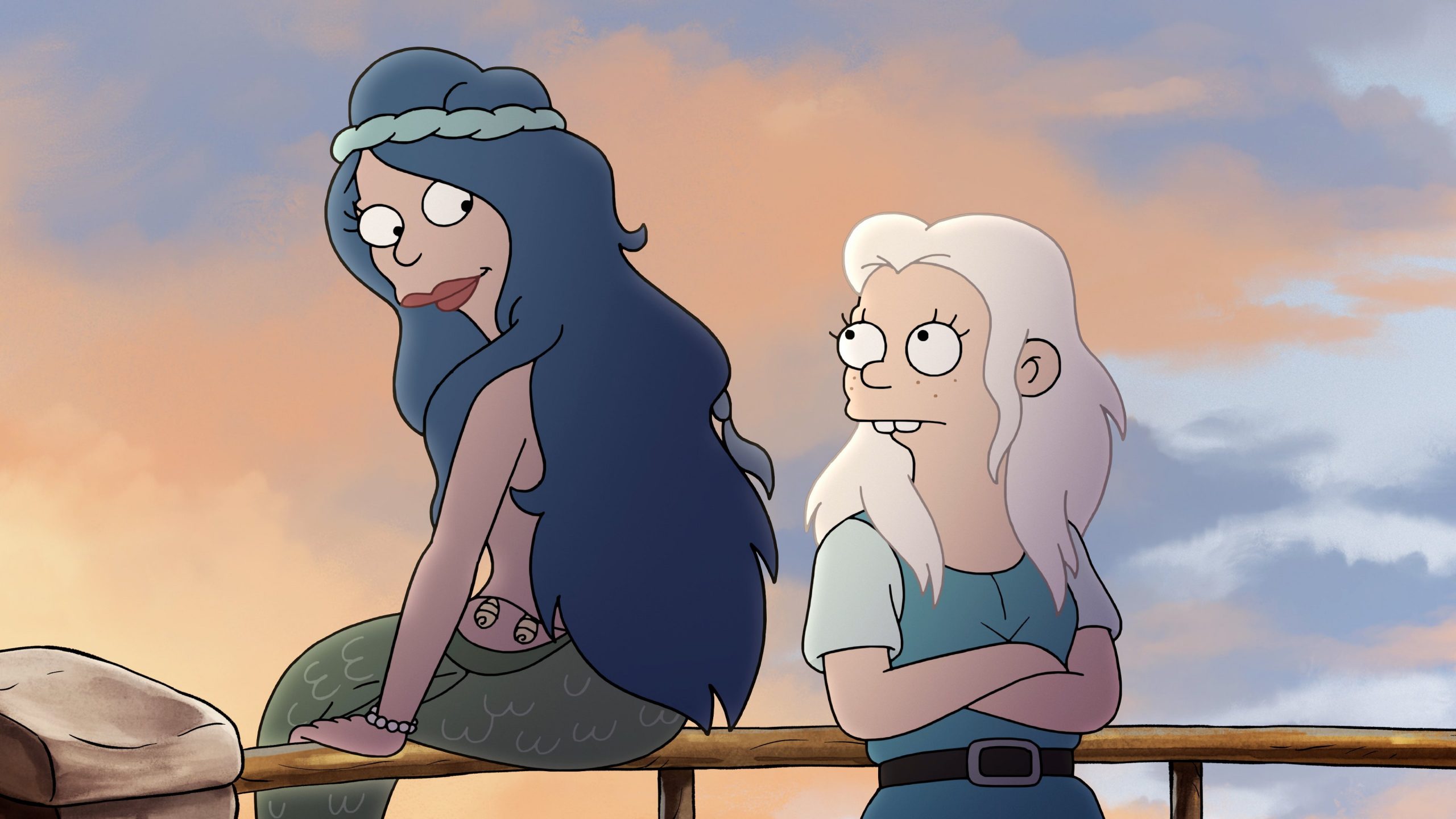 The second season introduces the Trogs, who live underneath Dreamland, and are revealed in the fourth season to be elves who adapted to that environment. 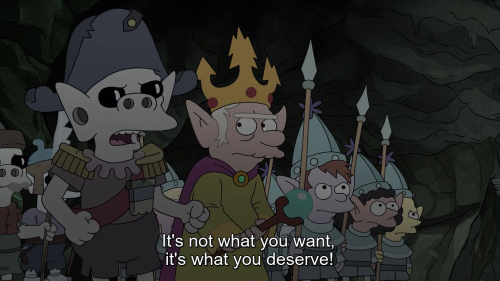 The name is presumably derived from “troglodyte,” yet we also know that there was a former King of Dreamland named Trog, and they’re both spelled with the line through the O (which I’ll admit I haven’t been doing in this post). From what we’ve seen, all of the kings have had rhyming names, and they’ve all ruled in alphabetical order. 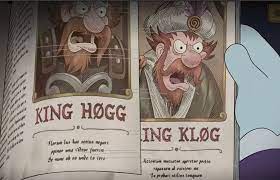 We’re also not entirely sure how Steamland, a nearby country with a steampunk level of technology, in sharp contrast to the mostly-medieval feel of the other places in this world, figures into the main story. 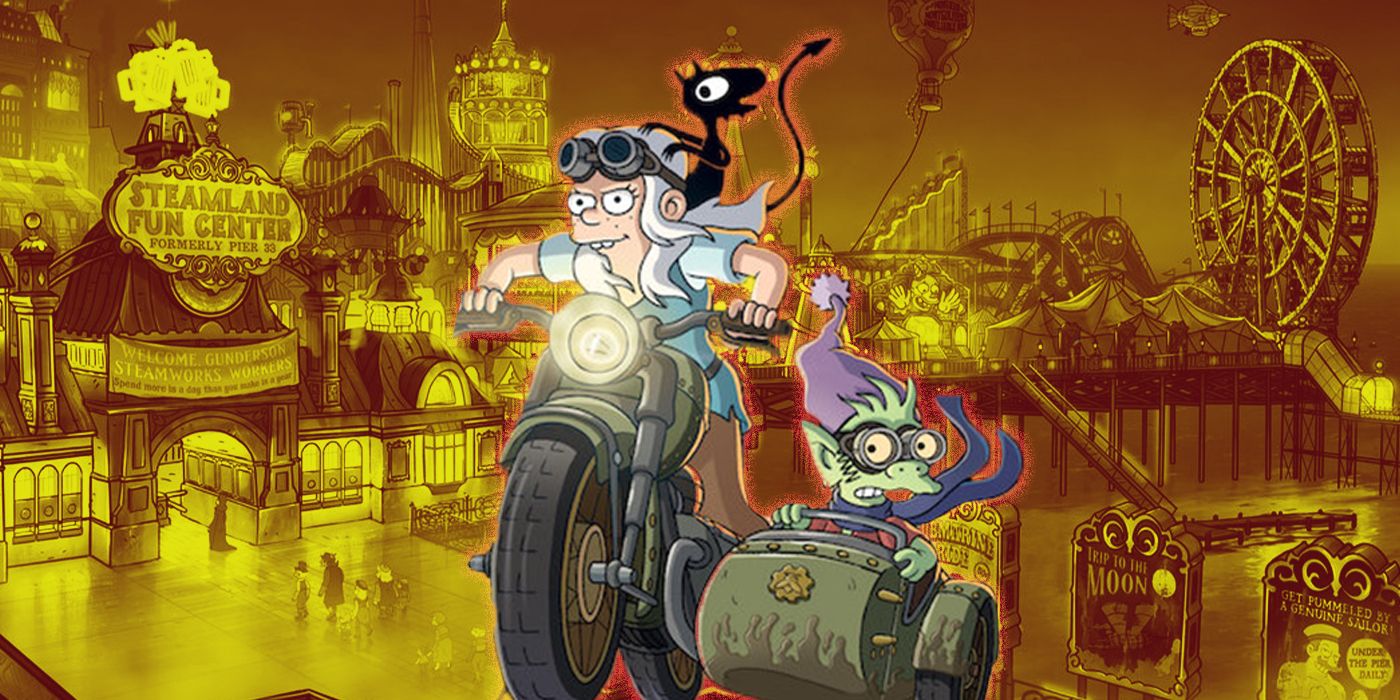 We know that its leader, the Edison-based Alva Gunderson, has some kind of deal with Satan to provide the power for his city; and that the Arch-Druidess, who escaped there after her attempt to partner with Odval to take control of Dreamland went awry (and who sounds just like Mom from Futurama), has some kind of significance there. I am kind of curious about the religious system in Dreamland, as it’s pretty similar to medieval Catholicism in many respects, but led by a druidess. I guess that’s often standard for fantasy, but it’s definitely a world where both God and Satan are real, although neither one comes off as all that bright or effective, pretty much in line with Matt Groening’s other shows. And it probably wouldn’t work to take any of this too seriously. It’s a show that constantly plays up how primitive the technology and beliefs of Dreamland are (if not quite as much now as it did in the first season), but then will put in anachronistic references as long as they work for a joke or a plot point. 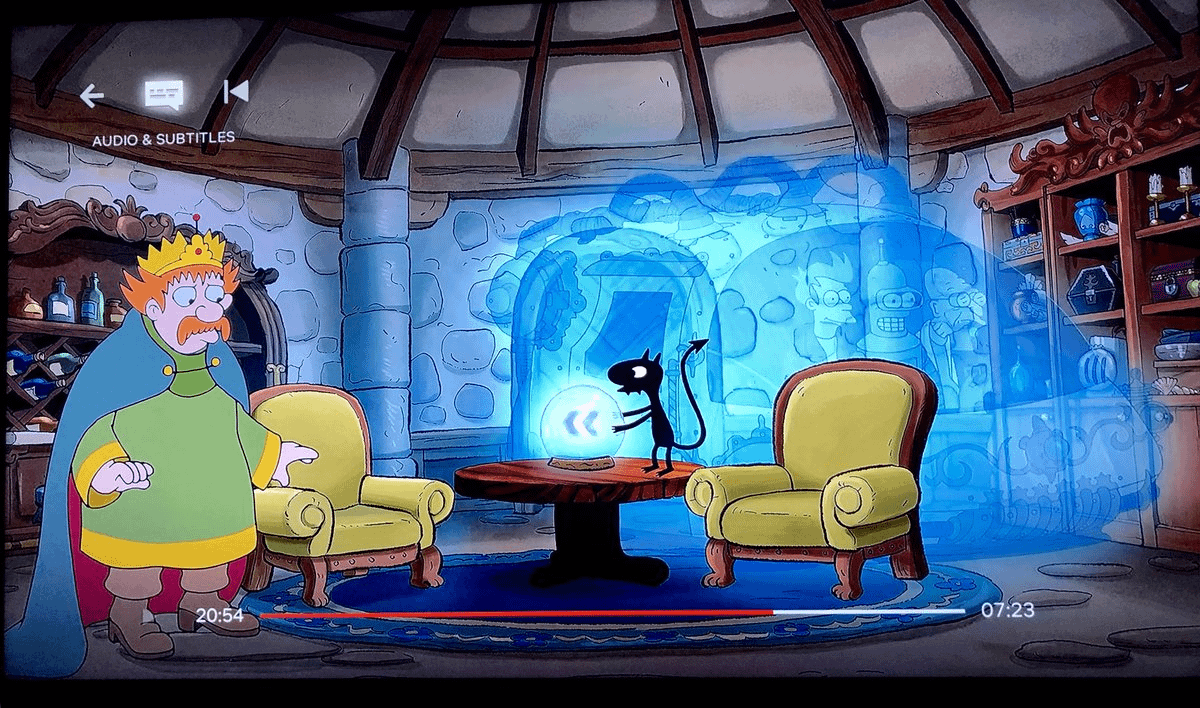 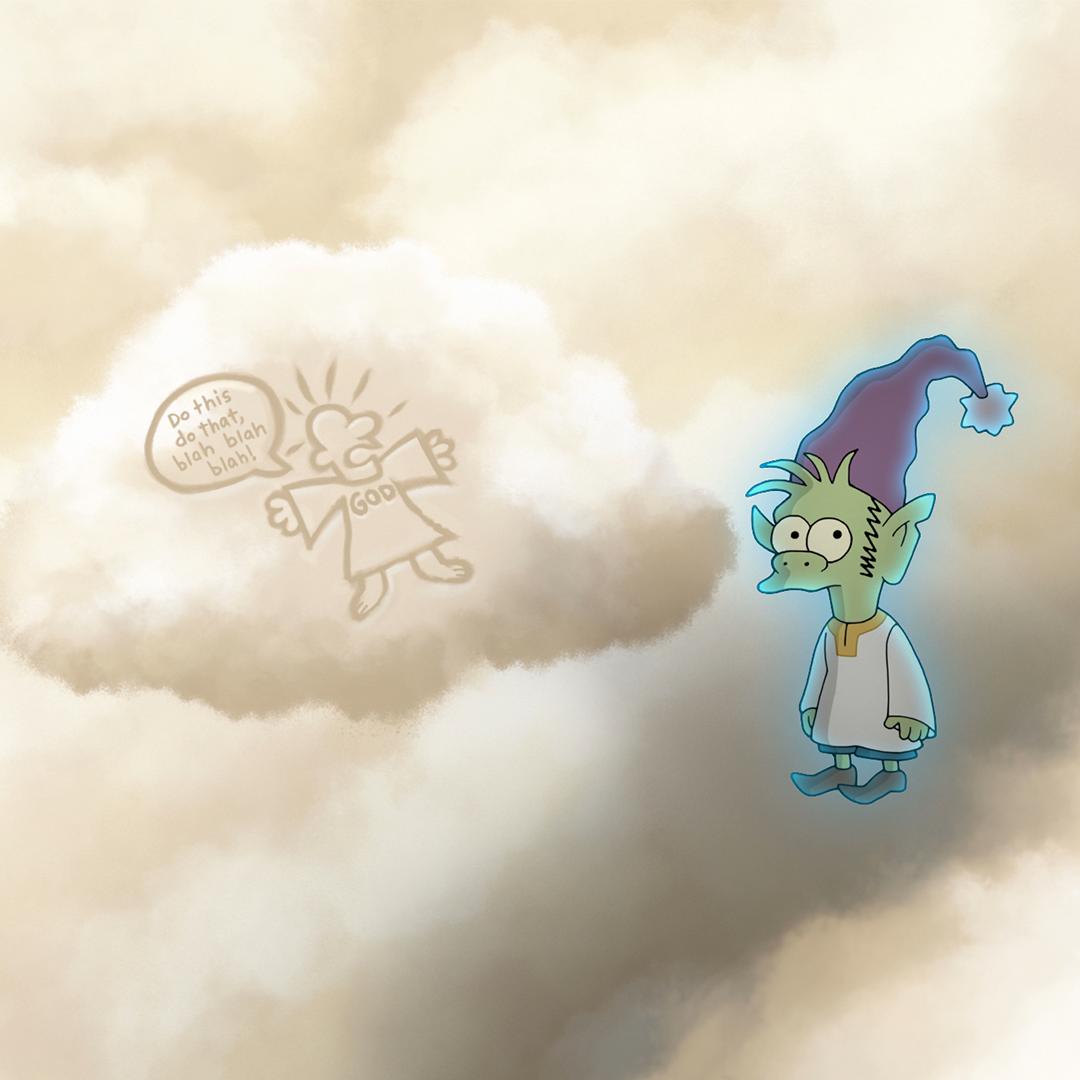 While there have been a few Simpsons references, this show definitely maps more to Futurama in many respects. Bean is the tough woman character like Leela, Elfo is clueless and enthusiastic like Fry (and wears similar clothes), and Luci and Bender are sadistic jerks whom the other characters tend to like anyway. I understand they’re actually planning new Futurama episodes for Hulu, and John DiMaggio finally agreed to sign on after they gave him a better deal, which is a relief as I would have been conflicted about whether to watch it otherwise. DiMaggio voices Zog on Disenchantment.