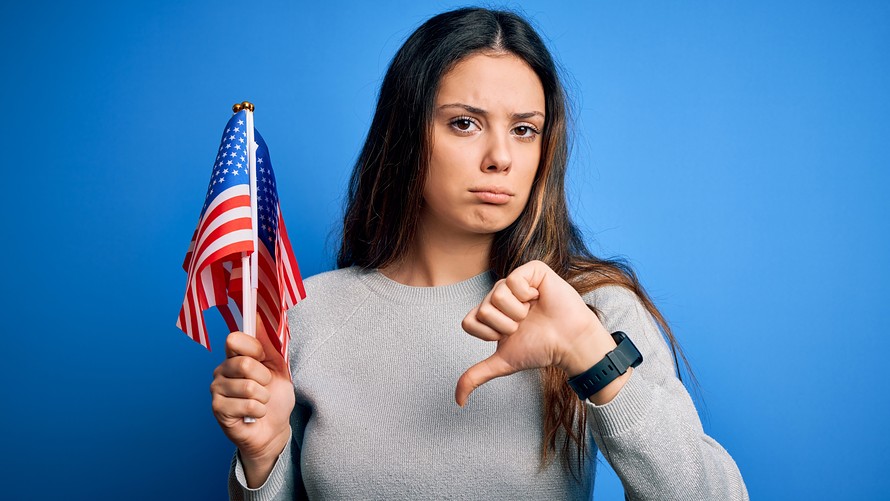 It’s Independence Day here in the States, although you could ask what we’re celebrating when the Republicans are using the Supreme Court to eliminate as many freedoms as possible. This comparison seems pretty apt. But then, it’s not like anyone is trying to make, me, personally, celebrate today. It’s more of just a general thing. I assume all countries have their pros and cons, and their own contributions. I guess it’s more nationalism in general than just American nationalism specifically that’s the problem. It makes me feel kind of helpless realizing how many people are being treated poorly, and having no idea what I can do about it. It’s probably the case that I don’t want to give up my own comforts, but I also wonder if it would actually do any good to do otherwise. I don’t know how to fight, organize, or give rousing speeches. I could perhaps contribute more to causes I support, but even then, which ones? There’s just too much going on at once.

I’ve been thinking about the limited effectiveness of protests. They’re easy to ignore, and some are way too general anyway. And I can’t help but feel that the protests I saw by people who didn’t want to get vaccinated kind of cheapened the whole concept. They shouldn’t have, but they probably did. Maybe I’m cynical, in that I think a lot of the time, that kind of thing is more so people can feel good about themselves than a real avenue to social change. Maybe I’m just defending my own laziness. I don’t know. Besides, that doesn’t stop the police from reacting violently to peaceful, lawful protests. I’m not totally sure that means they’re effective, though; there are a lot of people in charge who don’t want to be criticized even when it doesn’t actually affect them in any significant way. This is something I noticed a lot during the Trump administration. It was pretty much certain that Brett Kavanaugh was going to be confirmed and the impeachments weren’t going to stick, because Trump had the Senate on his side. But that didn’t stop Lindsey Graham from wagging his finger (I can’t recall for sure if he literally did that, but it wouldn’t have surprised me) at the people who even tried to point out that Kavanaugh just might be an abusive liar. (I believe I mentioned at the time that, even if he HADN’T raped Christine Blasey Ford, he still showed himself to be emotionally unstable and weirdly entitled, probably not great qualities in a justice.) And Trump himself couldn’t stop bitching and moaning about how unfair it was that he was being impeached, even when we all know he had an ace in the hole. So I can’t even imagine the reaction to protests that operate outside the law. I’m sure there would be a lot more people willing to be martyrs if it were guaranteed that their deaths would actually advance those causes. I’m not sure there’s a great track record on that, though. One of the most famous martyrs, Jesus, became the center of a major world religion, but the meek never actually inherited the Earth, did they? Something I often see argued on social media and such is how complicit the Democrats are in the Republican agenda. It’s hard to say, but it’s just such a crazy contrast when Republicans are making no bones about how they’re racist and sexist and think elections should be overturned when they don’t like the results, and Democrats seem to be too afraid of offending conservatives to even make a token stand against them. It bothered me how, in New York City, Mayor Bill de Blasio and Eric Adams who has succeeded him, both Democrats, have been so intent on getting government workers back into offices, and hoping that this would lead private businesses to do the same. If I’d wanted economics over health and practicality, I could have voted Republican. When the Supreme Court overturns Roe v. Wade and the Democratic response is to ask for money, it definitely shows a lack of emotion and an inability to read the room. At the same time, they’re very much limited in what they can do within the political system. They probably should make more of an effort to communicate that. There’s a kind of detachment that’s very disheartening, like the people in power can afford to treat politics as more of a game than something of grave importance to many people. I sometimes see the argument that criticizing Biden, or Democratic office holders in general, is just helping Republicans. Is anyone really going to decide not to vote because someone on the Internet pointed out that Biden could be doing more (whether or not that’s true)? If they are, I’m not sure there’s much help for them. I get why people frustratedly say voting doesn’t do anything, but I’m obviously still going to vote, and I hope they are too. It does SOMETHING, just not ENOUGH. But if politics were about positive thinking, Marianne Williamson would probably have been way more popular. Is being centrist the only way to win against Republicans? Maybe it is, at least nowadays. But then I hear rumors about the Democratic leadership making sure more progressive candidates don’t get the same attention, and while I don’t know if it’s true, I wouldn’t be surprised if the system is being rigged to an extent. And money is so important to the whole thing that, as much as I’d appreciate it if Democratic politicians would just avoid lobbyists altogether, I’m not sure that’s practical. I think we should definitely make more of an effort to get money out of politics; I’d rather vote based on a candidate’s ideas and competence than on whether they could raise enough funds to get into the debates or whatever. But how? I don’t know, although cutting down on political advertising most likely wouldn’t hurt. I think some of it comes down to how money doesn’t just mean you can buy more stuff, but also more influence. And, really, how do you prevent that? I can say that Citizens United went in the exact opposite direction. I suppose the real way to enact change, for better or worse, is to be rich.