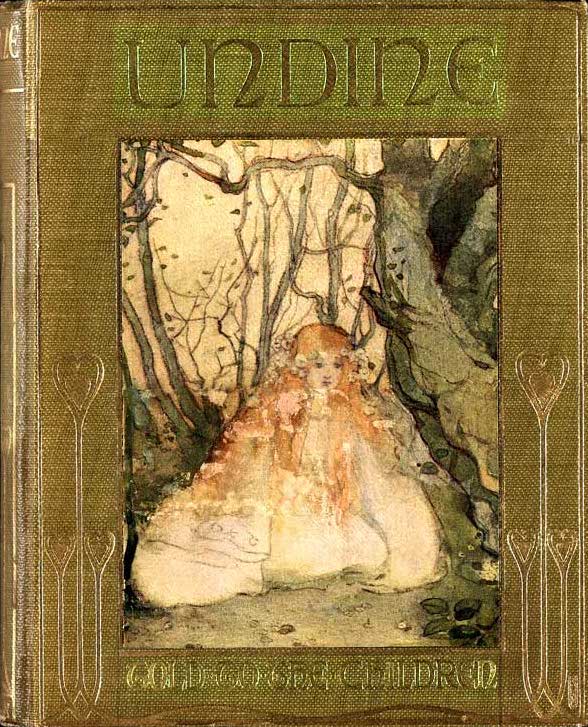 I keep forgetting to write something about the novella Undine, by German author Friedrich de la Motte Fouque, which I read on Gutenberg in a translation geared toward children. I’ve become somewhat fascinated with the influence of Paracelsus‘ concept of elementals on popular culture, and this was directly based on his ideas. An undine, from the Latin word for “wave,” is a water elemental, a type that appears in a lot of different mythology and folklore. 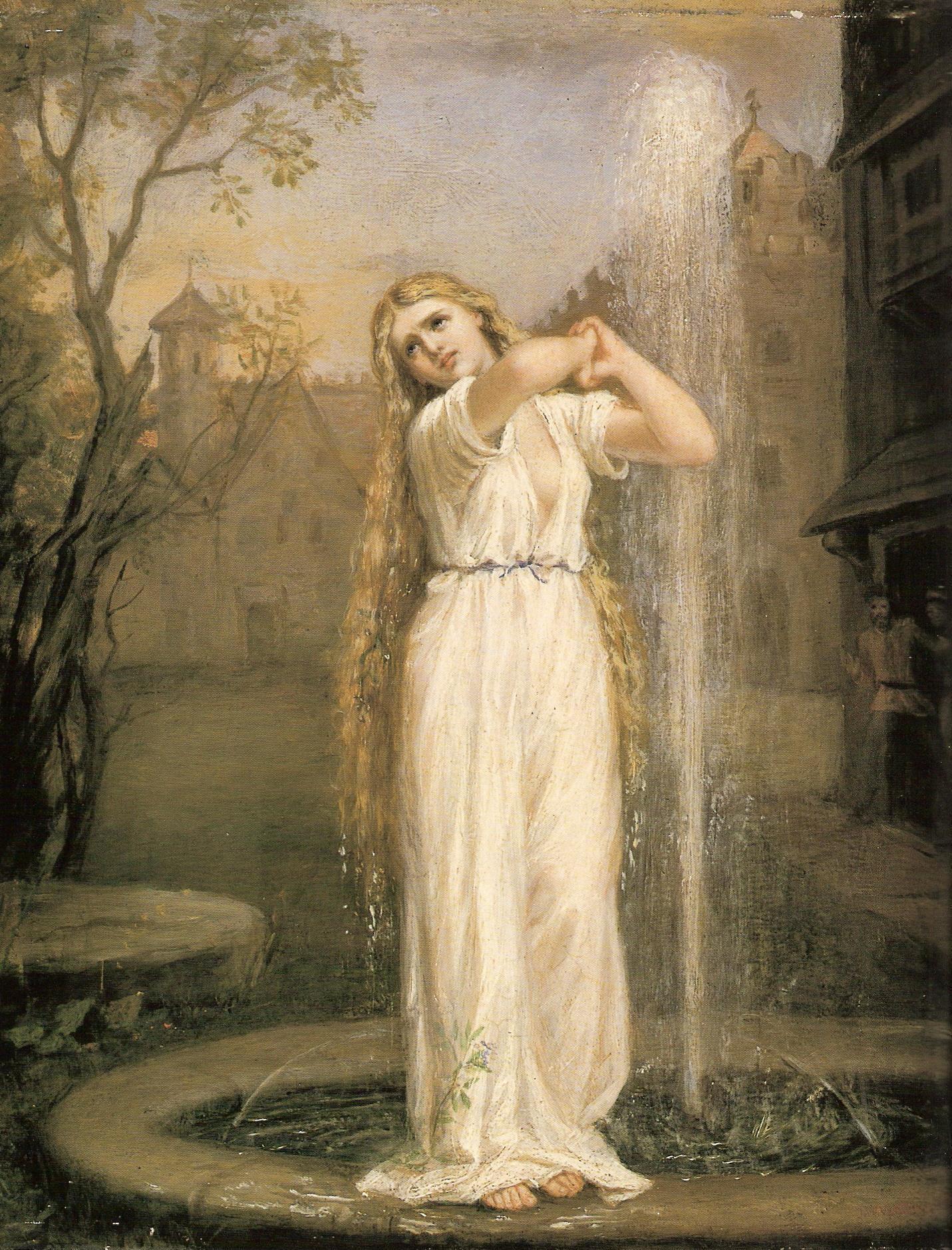 I’m not sure where he got the idea, but Paracelsus had said elementals didn’t naturally have souls, but could gain them by marrying mortals. This seems like part of the way nature spirits were incorporated into a Christian belief system, that they had magical powers and lived a lot longer than humans, but did not have immortal souls. It’s sort of like legends where supernatural creatures are driven off by a cross, which always seemed hokey to me. At least that makes a little more sense with vampires, with the Catholic associations of drinking blood. Anyway, the Undine of the story is a water nymph who is raised by a fisherman and his wife, and falls in love with a visiting knight named Huldbrand. The two of them marry, and she warns him that there would be dire consequences if he were unfaithful to her. Unfortunately, he had a previous lover, Bertalda, the daughter of a duke. While the three of them are friendly for a while, Bertalda later convinces Huldbrand that Undine is in league with her uncle, the nasty water spirit Kuhleborn. The sprite returns to the water of the Danube, and after Huldbrand and Bertalda are married (dude doesn’t waste any time, apparently), she shows up to kill him for his unfaithfulness. Bertalda also turns out to be the biological daughter of Undine’s foster parents, taken away in a changeling sort of situation. The story had a few operatic adaptations, and inspired Hans Christian Andersen‘s “The Little Mermaid.” He gave it a bit of a twist, however, as the mermaid THINKS marrying a mortal man will give her a soul, but she turns out to have one anyway (or at least the potential for one) after her body dissolves into sea foam.

This probably inspired the bit in the original Final Fantasy about the mermaids in the Sunken Shrine being afraid they’ll turn into foam if the power of the Water Crystal isn’t restored. 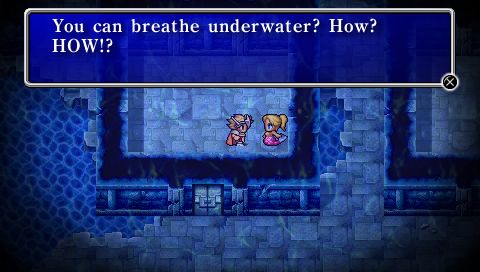 And while I’m on the subject, some of the elemental spirits in the Mana series are named after Paracelsus’ elementals, and this includes Undine, who takes the form of a mermaid. 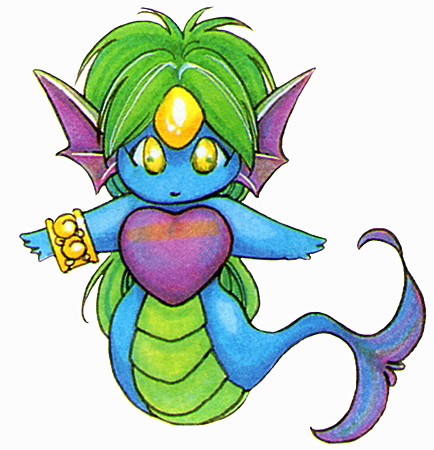 I’ve also mentioned before that the They Might Be Giants song “Ondine” (essentially the French version of the word) seems to be about a woman killing her unfaithful lover, which could link it to the story, although John Flansburgh appears not to have done that on purpose.

When dealing with mythical creatures, I often have an image of a particular sort in my mind, but legends are rarely that consistent. I imagine a water spirit or nymph as having a watery form, while merfolk are flesh; but that’s obviously not how everyone saw it. I am somewhat curious about how mermaids came to be so closely associated with Sirens, which were described in Greek sources as having the bodies of birds, not fish.

Mermaids causing people to jump into the sea and drown is a pretty common trope that more closely matches the mythology of Sirens.

Cap’n Bill references these tales in L. Frank Baum’s The Sea Fairies, but Trot finds a flaw in them, and it turns out that mermaids are actually quite benevolent.

This fits with Baum’s general tendency in his fantasy for immortals to be mostly good, if sometimes aloof. 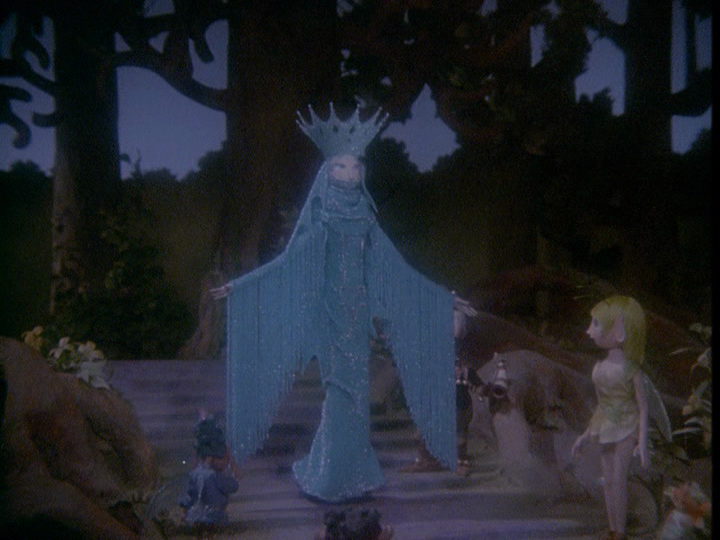 He also mentions the Queen of the Water Sprites, “whose beautiful form was as clear as crystal but continually dripped water on the bank of moss where she sat,” as being part of the Council of the Immortals in The Life and Adventures of Santa Claus. 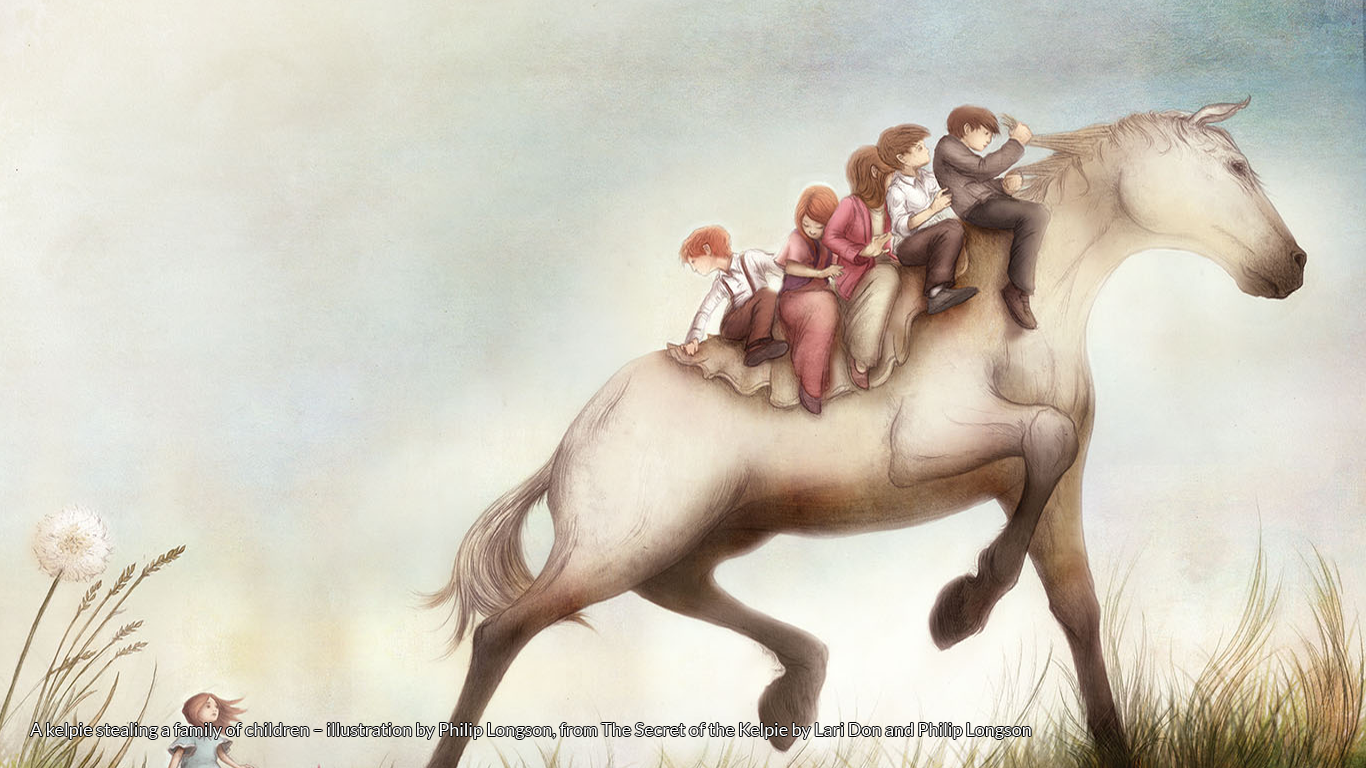 There are other mythical beings who like to drown people, including Kelpies and Blue Men of the Minch. It must be a pretty boring life if that’s what they consider fun. In Germanic folklore, there’s the Nixie, or sometimes just Nix, a shape-shifting water spirit that usually takes an attractive human form, and is often but not always malevolent. 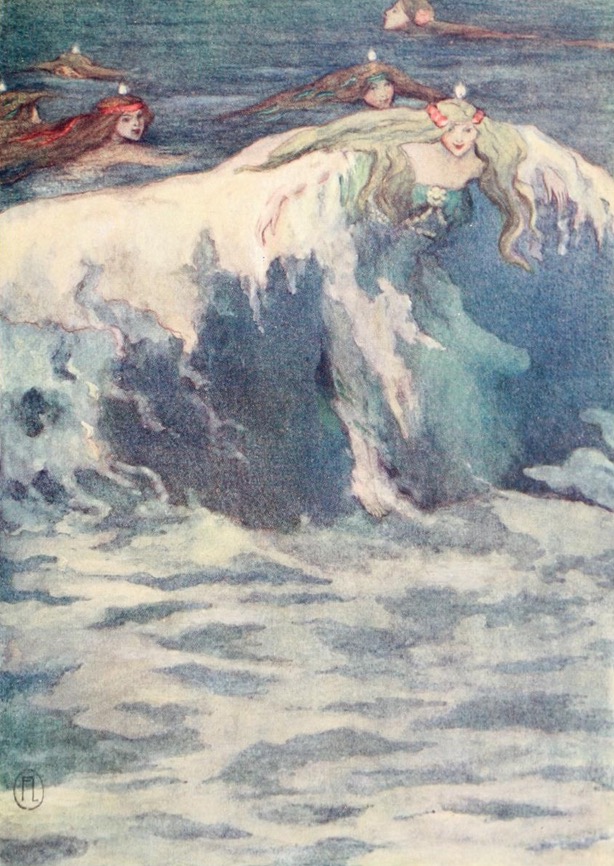 A related Scandinavian being, the Nokk, is often specified to be male and to play the violin really well, sometimes luring women to their deaths, although they were also known to marry mortals. The Fossegrim, or Stromkarlen in Swedish, is a variant on this legend, but he’s willing to teach his fiddling skills to anyone who gives him the proper gifts. 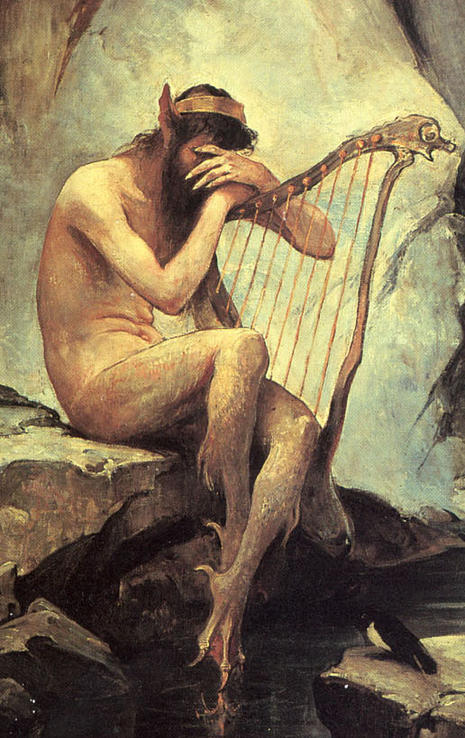 I guess he sometimes plays the harp as well.
He’s also associated with mills. One of the fairy tales collected by the Brothers Grimm involves a Nixie who lives in a millpond, and makes a deal with the miller to make him prosperous in exchange for his son, although of course that isn’t how the Nixie phrases it.