I recently finished reading the Mabinogion, a collection of Welsh mythological prose, translated by Lady Charlotte Guest in the nineteenth century. I understand there have been better English translations since then, but this is what I could easily find online, and it was the standard for over a century. It’s not clear that all these stories were originally grouped together, but they were all written in Welsh and have some similar themes. The book starts with the Four Branches, which are followed by some other tales that are less strictly mythological. Several of these later ones deal with King Arthur, and seem to predate the more familiar stories of his court. There’s a version of the story of Sir Perceval (here called Peredur), the Fisher King, and the Holy Grail, except there’s no grail in it. 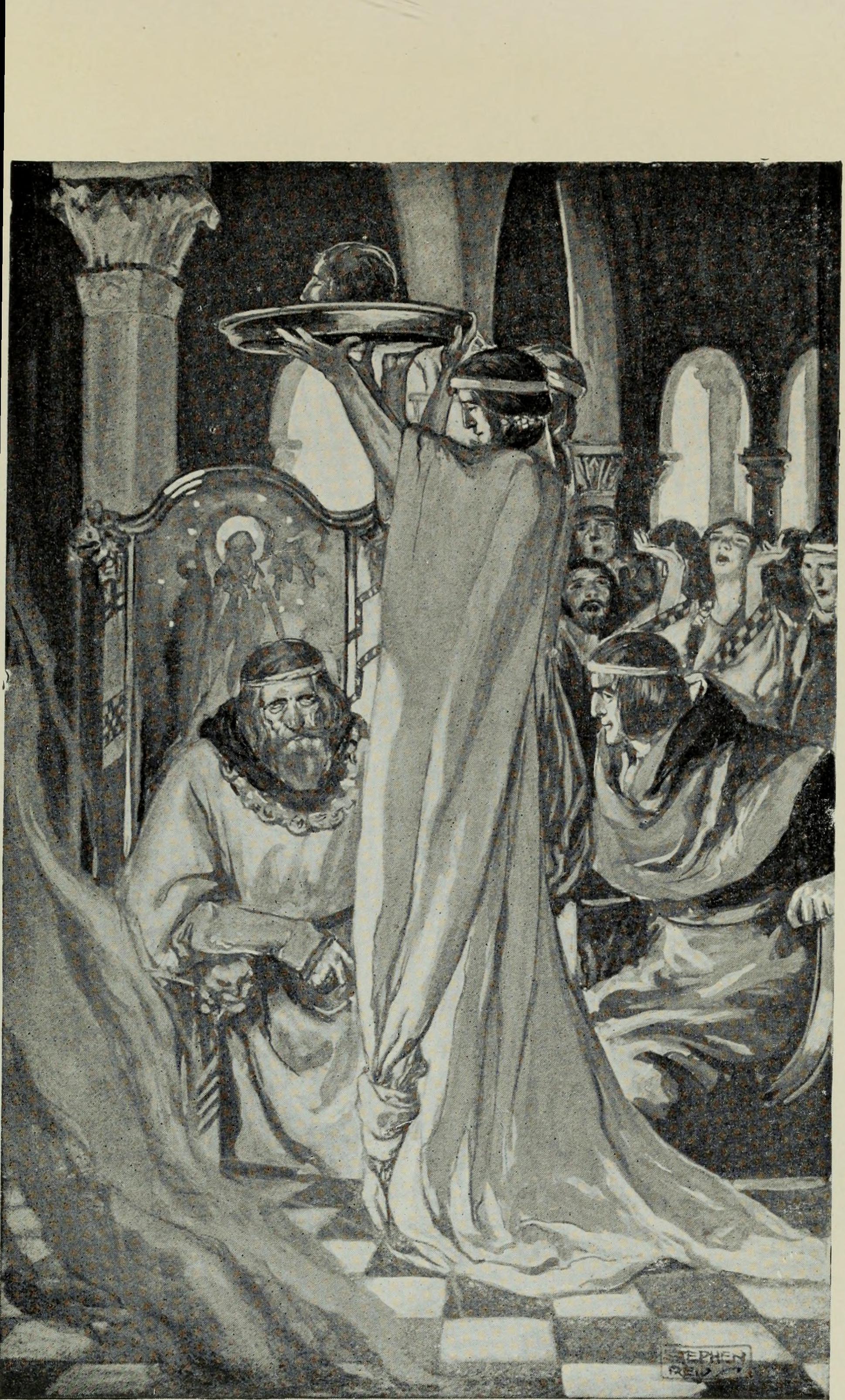 “Did anyone order the head cheese?”
Arthur has a magic fidchell set in some of these stories.

Another part of the collection is a Welsh legend that developed about the fourth century Roman Emperor Magnus Maximus, who is elsewhere associated with Arthur. If you’ve read Lloyd Alexander’s Chronicles of Prydain, or seen the not-so-great Disney adaptation, you’d recognize some of the names and ideas from the Mabinogion, although their characterizations are often different. Gwydion, son of Don, is a righteous warrior in Alexander’s books, but more of an amoral trickster magician in the source. The cauldron that resurrects the dead, the Pair Dadeni, is portrayed pretty accurately, though, down to a living person having to sacrifice himself to destroy it. 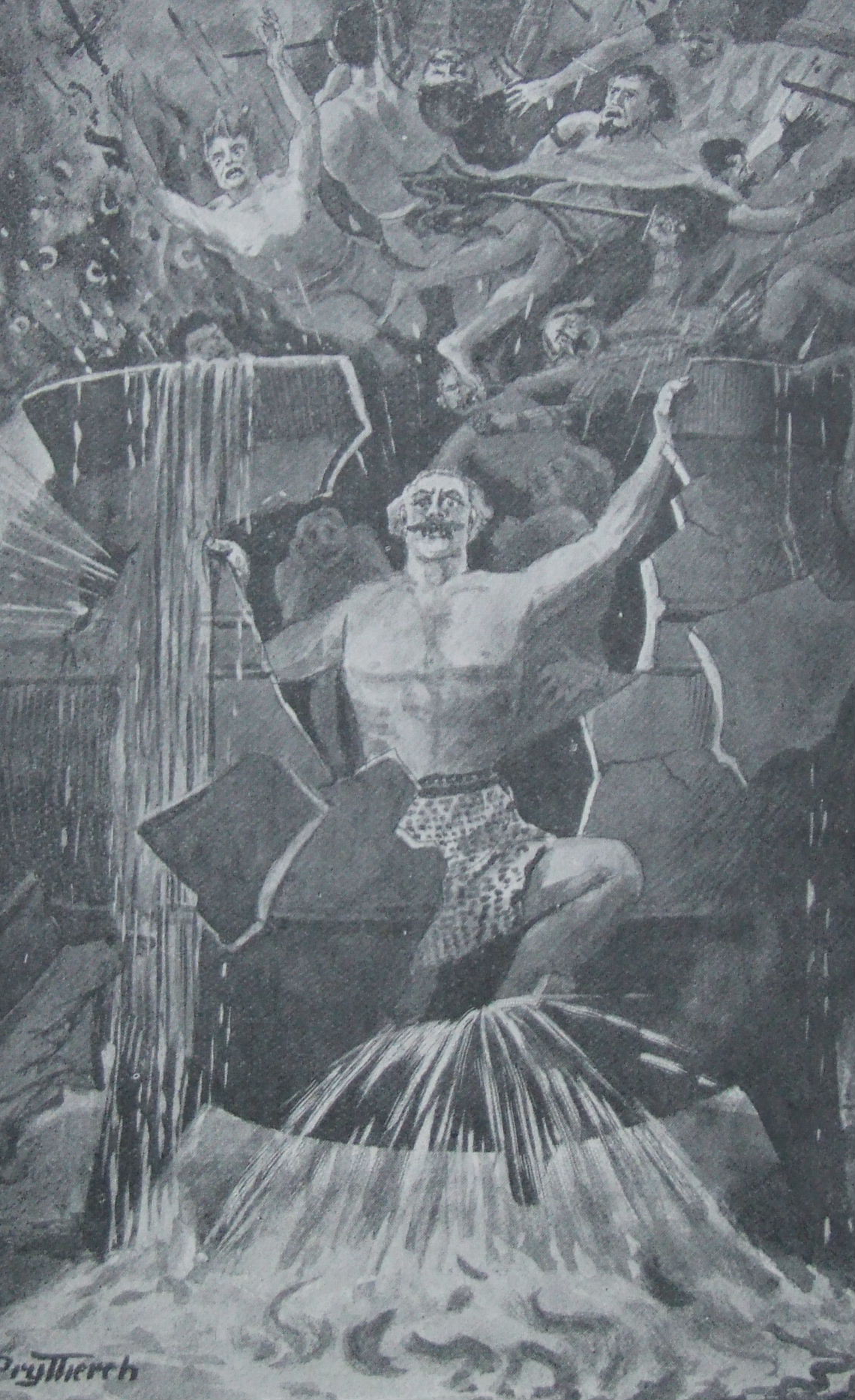 Prydain is the old Welsh name for the island of Britain.

One story in the Mabinogion that I found particularly interesting was that of Math, son of Mathonwy, which I already touched upon in my post about Arianrhod. She’s actually Gwydion’s sister, and various sources include Affalach, ruler of Avalon, and Cassivellaunus, who led an alliance of British tribes against Julius Caesar’s invasion. Whether that hints at the time period is unclear, as folklore like this tends to be loose in that respect, and several of these characters are likely either gods or adjacent to them. Another brother, Gilfathwy, is the one who rapes Math’s original footbearer Goewin, Gwydion manufacturing a war to get Math out of the castle so he can do this. Then he suggests his sister as Goewin’s replacement. Something about this doesn’t add up. (You know, because the king’s name is Math?) 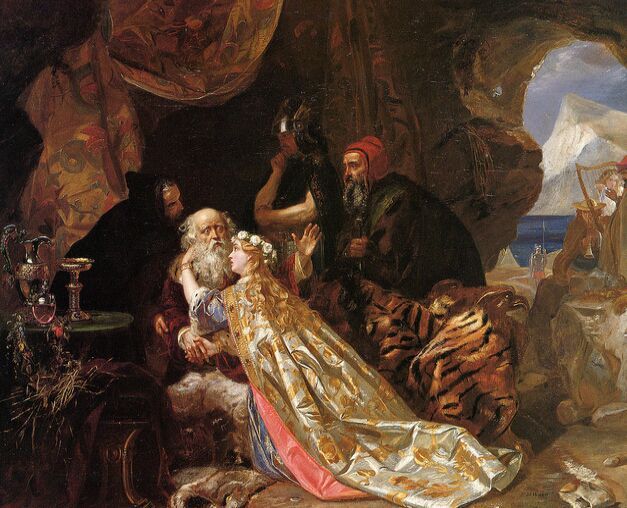 One of Arianrhod’s sons, Dylan, decided to live under the sea after being baptized. The other, Lleu Llaw Gyffes, started life as an amorphous blob, but grew into an adult human form very quickly. Gwydion raised him, and had to trick his sister in order to overcome the curses she placed on her son. The last of these was that he wouldn’t ever marry a human woman, so Gwydion teams up with Math to make a woman of flowers, specifically oak, broom, and meadowsweet. This woman, Blodeuwedd, or “flower face,” marries Lleu, but it’s apparently not a happy marriage, as she has an affair with a guy named Gronw Pebr, and the two conspire to kill Lleu so they can stay together. 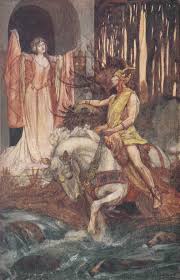 Maybe she’s part rose, as she turns out to have hidden thorns. Then again, maybe it’s not entirely fair to bring someone to life for the sole purpose of marrying your nephew. Did she have any say in the matter? 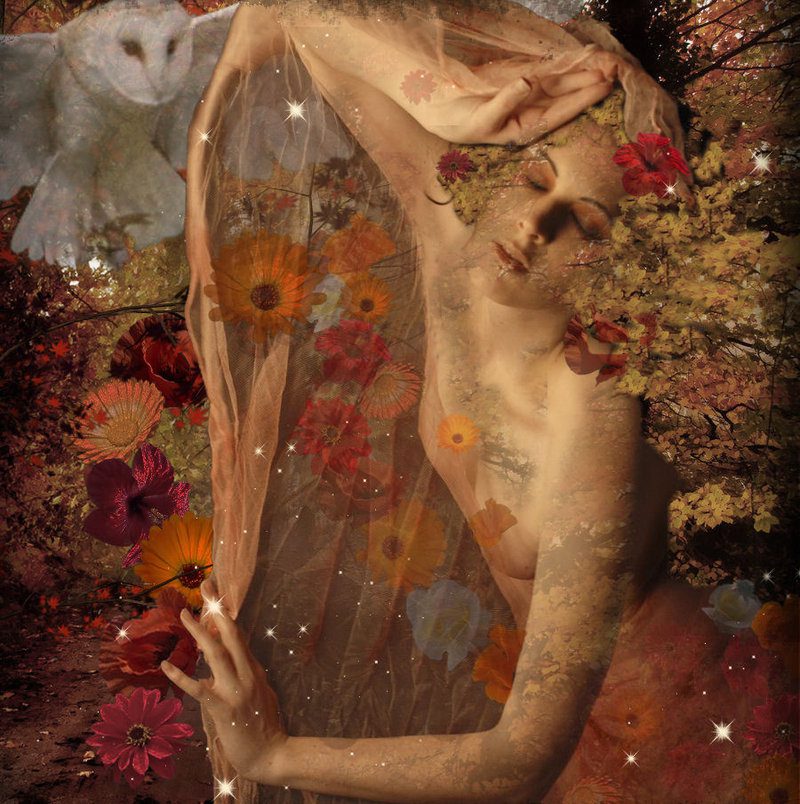 Presumably due to his magical birth and all that, he Lleu can only be killed in a very specific way, so, taking a page from Delilah‘s playbook, Blodeuwedd tricks her husband into revealing the way. He has to have one foot on a goat and one on a cauldron, and the weapon used against him has to be a spear forged for over a year, thrown when people are attending mass. How Lleu even knows this, I couldn’t say. It’s not a situation he’d be likely to stumble into accidentally. Instead of dying immediately, however, Lleu turns into an eagle, and Gwydion is able to change him back. 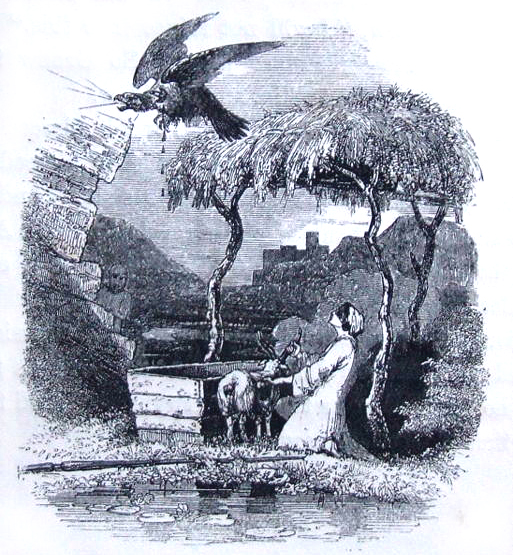 Lleu kills Gronw in revenge, and Gwydion turns Blodeuwedd into an owl, which was apparently a Welsh pun. 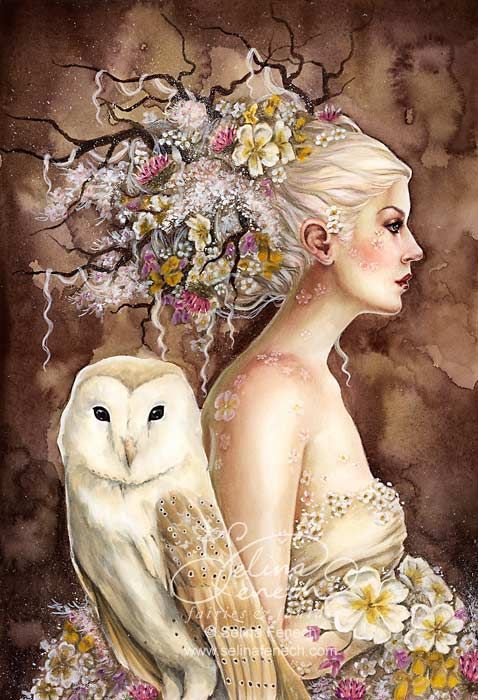 I have to wonder if Ruth Plumly Thompson was influenced by the tale of Blodeuwedd in creating her own woman made out of flowers, Urtha, although she’s sweet and loving rather than duplicitous.

I’ve also been thinking of linking the cauldron and the grail to Cayke the Cookie Cook’s Magic Dishpan, but that one is much more tenuous.

2 Responses to It’s a Celtic Thing