The World First Spoke to Me in Sensurround

We haven’t really been watching a lot of movies recently, aside from the two Elvis ones. I can’t even remember how long ago it was we saw the first two on here; they’ve been sitting in a draft for a while. But anyway, here we go. SPOILERS AHEAD! 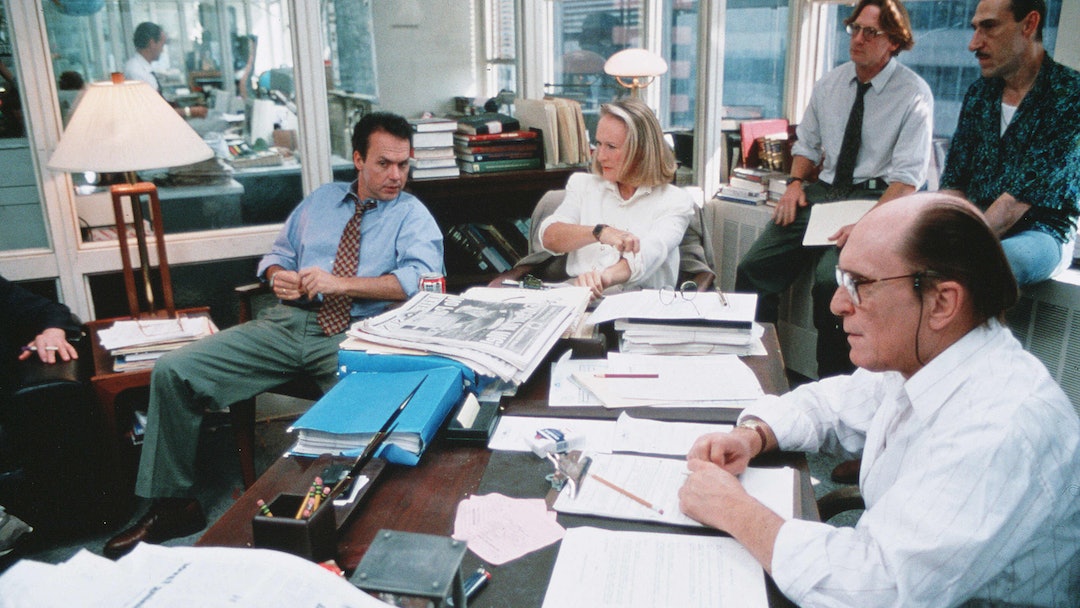 The Paper – This was directed by Ron Howard and has some pretty famous people in its cast, but it didn’t really grab me. Michael Keaton plays an editor at a New York City newspaper who has a pregnant wife played by Marissa Tomei, and puts his work before his home life. He’s considering switching to another paper, but instead steals information from them at his interview. There’s a significant story about some businessmen being murdered in Williamsburg, and two Black teenagers are blamed for it, something still unfortunately relevant today. Keaton tries to make a last-minute change to the banner headline, but his boss, played by Glenn Close, initially tries to prevent him. And a columnist played by Randy Quaid gets into a fight with a traffic official who’s Jason Alexander with a mustache. Eventually, Close relents, the teenagers are exonerated, and Tomei has the baby.

Rollercoaster – I think Beth mostly just wanted to see this movie because Sparks was in it. Not all that much, but they do play both “Fill ‘Er Up” and “Big Boy” during a pivotal scene.

She pointed out that you can hear the latter in the background for longer than the actual song goes on. The plot involves a terrorist who blows up rides at two different amusement parks, and threatens to do so again unless he’s paid an excessive ransom. George Segal plays a safety inspector who comes into conflict with the villain, and while the antagonist outsmarts him at Kings Dominion, he manages to figure out that he’s going to strike at Magic Mountain in California next, and finally manages to corner him. I’ve been to Kings Dominion before, and I rode the Rebel Yell, the coaster shown in the movie, although it wasn’t racing trains at the time. They changed the name in 2018 to Racer 75, as Confederate references weren’t as cool by that point. I would have thought that would have been the case back in 1865. I also remember the singing frog at the Skyway station, so that was nostalgic for me.

I haven’t been to either of the other actual parks featured, but the Rocket at Ocean View in Norfolk, Virginia is real, and the Revolution was a new ride at Magic Mountain at the time. If you like ride footage, and I do, there’s a lot of it here. And a safety inspector as the hero is an interesting idea. This was one of only five movies to be shown in Sensurround, a vibrating speaker system that They Might Be Giants have a song about.

Earth Girls Are Easy – A very eighties movie that neither of us had seen before, it features Jeff Goldblum, Jim Carrey, and Damon Wayans as three hairy, colorful aliens who land their ship in a pool in the San Fernando Valley. Geena Davis plays a manicurist who’s engaged to a doctor, only to find out he’s been cheating on her, so she throws him out of the house. She meets the aliens, who are inexplicably attracted to human women despite seeing them as bald, and takes them to the owner of the salon where she works, played by Julie Brown, who co-wrote the screenplay. She somehow gives them makeovers that make them look human, so the actors can just play themselves without the suits for the rest of the movie. The aliens get into some wacky hijinks, and Davis quickly falls in love with Goldblum, whom she was actually married to at the time. It’s quite cheesy and campy, but entertaining. 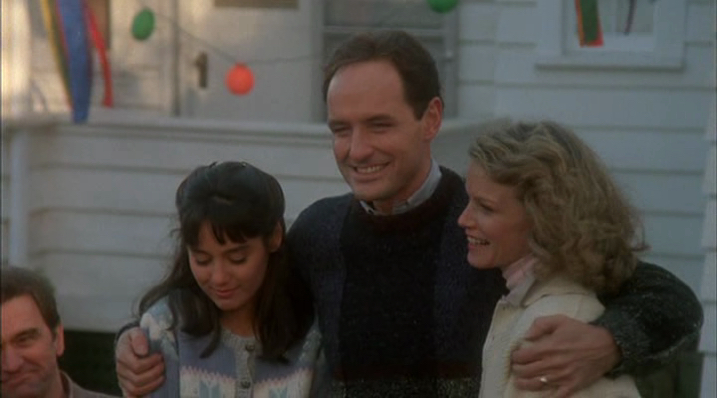 Stepfather – This low-budget horror film from 1987 is about a guy who murders his family, then goes to marry a widow with a daughter. The daughter is very suspicious of him, and catches him going into fits in the basement; but the mother doesn’t believe there’s anything strange about her husband until he screams at the daughter for coming home with a boy. This triggers him to try to kill them and endear himself to a new widow, also changing his appearance and getting a new job. He’s a realtor for most of the movie, then interviews to be an insurance agent. I’d think someone with rage problems and a secret identity might want to avoid jobs where he has to sell stuff to people all the time, but I think he’s supposed to be one of those charming psychopaths. It’s just hard for the audience to see him that way when we know from the very beginning that he’s a murderer, or at least that’s how I felt.