Tammy and Tommy in Fairyland

Picture by Stephanie Pui-Mun Law
I’ve come across multiple mentions of the Ballad of Tam Lin, so I thought that might be something worth addressing in a post. The Scottish song is thought to have existed as far back as 1549, but we don’t have any versions that old. The most famous version, from what I’ve been able to garner, is from 1792, around when Robert Burns came up with his own take. Tam Lin is initially treated as sort of a boogeyman, a guy who is rumored to rob or rape any woman who comes near his hideout in the forest of Carterhaugh, near the English border. A maiden named Janet (Margaret in some versions) goes there anyway, as the place is part of her father’s landholdings. She meets Tam Lin and the two fall in love. 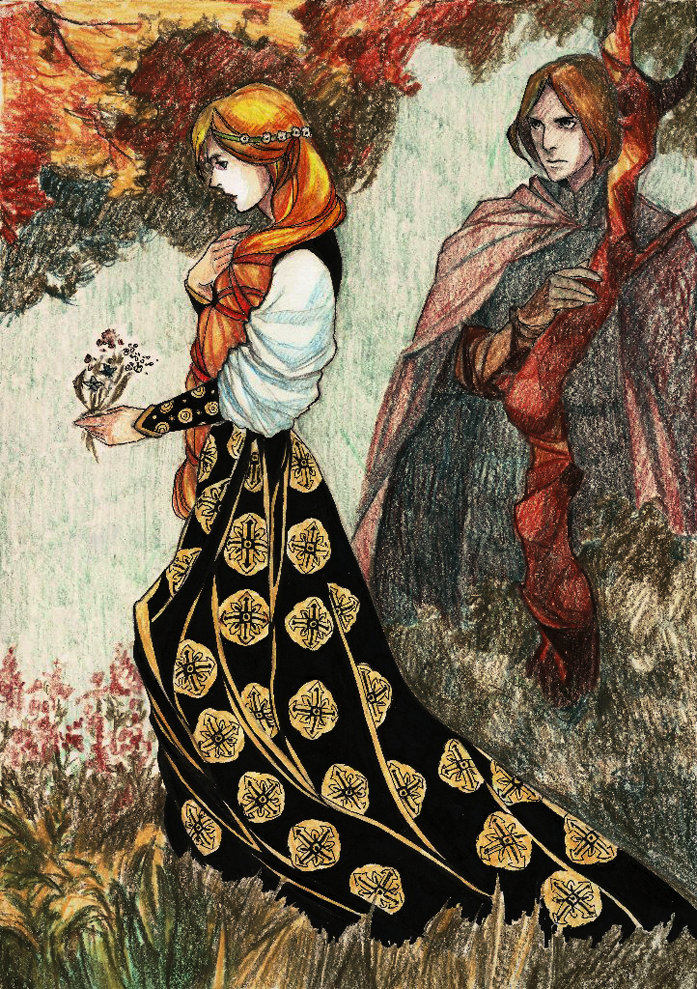 He gets her pregnant, and at least in some takes, she return to the woods trying to find herbs to induce an abortion. Tam tells her that he had been captured by the Queen of the Fairies and become part of her court, and was about to be sacrificed as part of the fairies’ tithe to Hell every seven years, on Halloween night. He tells her what color horse he’d be riding and that the Queen would turn him into various forms, including a snake, a bear, and a lion.

There’s a similarity here to the story of Taliesin, as well as to Proteus from Greek mythology. How Tam knows all this ahead of time isn’t entirely clear, but maybe he’s seen the ritual before.

When the fairy transforms him into a hot coal, Janet throws it in a well, and Tam becomes human again. The Queen is angry, but admits defeat. Stuff I’ve read that features Tam Lin includes Diana Wynne Jones’s Fire and Hemlock, which tells a modernized version of the tale with a girl named Polly and the cellist Thomas Lynn. There are some uncomfortable feelings between the two of them, considering the age difference; and a plot where it’s hard to tell what’s actually happened. Within the world of Seanan McGuire’s October Daye series, the ballad tells a true story. As per Night and Silence, the Janet of the legend went on to have an affair with Oberon, and was both Toby’s grandmother and the stepmother of her daughter. Tam Lin was earlier identified as part of Oberon’s court in Michael Drayton’s seventeenth century poem Nimphidia. 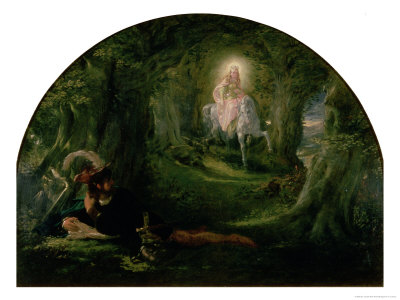 The story of Thomas the Rhymer has some clear similarities to that of Tam Lin, and seems to have originated earlier. There are works attributed to Thomas, who is said to have lived in Earlston, also in Scotland near the English border, in the thirteenth century. The legend has it that, when he was in nearby Melrose, he saw the Fairy Queen arrive on a white horse decked out with bells, and he kissed her and accompanied her back to Fairyland. 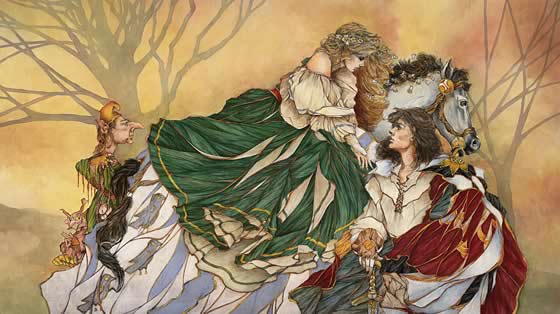 She showed him three roads along the way, a thorny one leading to Heaven, a pleasant one to Hell, and a green one to her homeland. Before getting there, they ride through a river of blood. She warns him not to eat or drink anything other than what she herself provides, a typical warning for mortals visiting such a place. He’s also not supposed to speak while there. Unlike with Tam Lin, the Queen doesn’t seem to mean Thomas any harm. There is a mention of a tithe to Hell, but this fairy ruler helps him to avoid it. He stays in her country for seven years (or at least it’s that long in the mortal world), then returns to his home for another seven. She gives him a special coat and shoes, as well as the gift of prophecy, accompanied by an inability to lie. Thomas is said to have correctly predicted many events in Scottish history, and was sometimes called True Thomas. According to Walter Scott’s account, after seven years back in Scotland, a sign from the Queen led him to return to Fairyland, where he still lives today.