I Guess You Can Kill the Boogeyman After All

I have three movie reviews this time, all of fairly new films, although that wasn’t really intentional. Two are relevant to the Halloween season and one not, and it should probably go without saying that there are SPOILERS for all three. 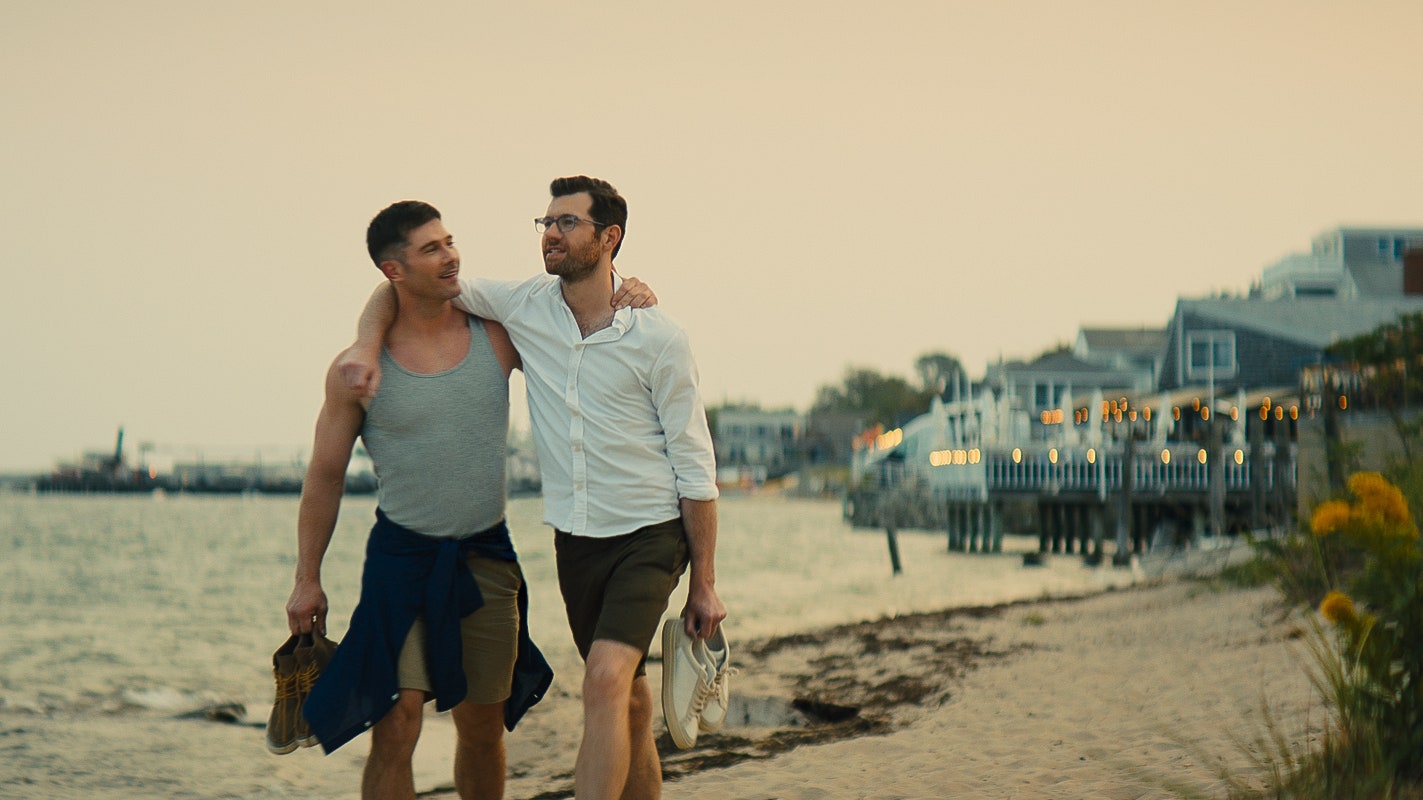 Bros – I’m not really big on romantic comedies, but I do appreciate that the genre has turned to gay men and culture, showing a relationship between two guys who have mostly just had no-strings-attached sex in the past. They’re different types, one a nerdy, jokey podcaster, and the other more muscular who tends to go for other guys of that type. There’s a lot of discussion within the film itself about how other popular media about gay men are often made by, starring, and geared toward straight people. I think there’s a bit of a clash in styles between the romantic comedy stuff and the more satirical parts. The satire was some of what I enjoyed the most about the film, especially the digs at the Hallmark Channel’s attempts at representation, but they felt way more exaggerated than the rest. I also found out that I, like Billy Eichner, have a concave chest. 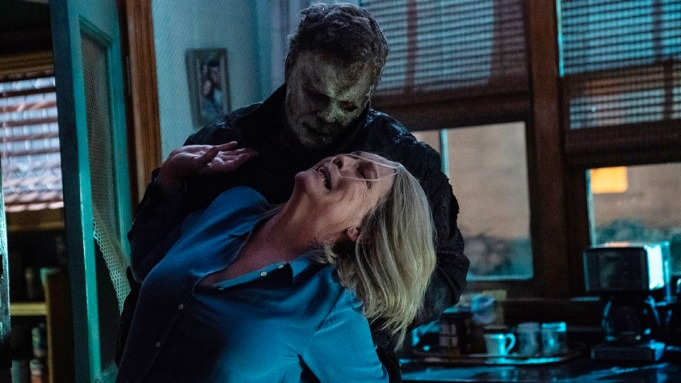 Halloween Ends – Doesn’t that happen every year at midnight on the first of November? Why is that worth a movie? But seriously, at least from what I remember, the previous movie in this series ended with Michael Myers, who had been relentlessly attacked by an angry mob, got up, presumably to start murdering again. But did he? I’m not quite sure. This one takes place four years later, and Laurie Strode has decided to move back into town with her granddaughter, and try to live a normal life. Michael has disappeared, but the town has a new enemy in a young man named Corey who accidentally killed a kid while babysitting. Laurie’s granddaughter starts dating him, but he also runs into Michael, who’s been living in the sewer like Pennywise. Also like Pennywise, he seems to be making the whole town evil, and there are some psychotic teenagers in the Stephen King style. By the way, I understand King liked the movie. Corey starts using Michael to kill people he thinks wronged him, and eventually steals his mask to become the new Michael. Why this kid, who feels horribly guilty about accidentally killing somebody, becomes a serial killer isn’t entirely clear. And Michael doesn’t generally seem to be a revenge killer, except in the Rob Zombie version. Michael takes the mask back and has a drawn-out fight with Laurie, who kills him with a knife. Is that supposed to mean something because that was Michael’s original weapon? Then his body is destroyed in a trash compactor, although that didn’t work on Shredder. But what about how, in Kills, Laurie kept talking about how Michael couldn’t be defeated by facing his violence with more violence? For that matter, even though Michael didn’t die in the last movie, it does seem like he was weakened, as he’d been hiding out and hadn’t gone on a Halloween rampage in the three years in between. What are the rules here? I assume the Cult of Thorn is no longer in play, as that was three timelines ago. I guess it doesn’t matter. But even if just want to see Michael murdering people in creative ways, there isn’t a whole lot of that either. It’s certainly possible that this won’t be the end of the franchise, although it will probably be the end of this sub-series.

The Munsters – Rob Zombie’s film version of this franchise hasn’t been getting great critical reviews, but I liked it. So did Beth, but she’s an apologist. I’ll admit that, while I do remember watching the TV show before, I don’t have a whole lot of knowledge of it. Still, this had goofy humor and Herman thinking he was normal, so it seems to be in the right spirit. It’s a prequel, so Eddie and Marilyn aren’t in it. Daniel Roebuck plays Grandpa, although since he’s not a grandfather yet, he’s just called the Count. Rob’s wife Sheri Moon, who’s in all of his movies, plays Lily, who lives with her father in his castle in Transylvania. Herman, played by Jeff Daniel Phillips, is created by a mad scientist, and while Frankenstein parodies are quite ubiquitous, I think there was some direct inspiration from Young Frankenstein. The lab assistant even writes down the name of the guy whose brain he’s supposed to steal on his hand. We all know by now that he gets the wrong brain, in this case that of a hacky comedian instead of his genius physicist brother. Herman and Lily fall in love at first sight, but the Count doesn’t take to him. Meanwhile, the Count’s gypsy ex-wife Zoya Krupp tries to get Lily’s deadbeat werewolf brother Lester, who owes her money, to get his father to sell the castle to turn it into a casino and theme park. He tricks Herman into selling it, using the typical cartoon version of contract law where it doesn’t matter that Herman didn’t know what he was signing, or that he would have been co-owner of the castle at most. Now homeless, Herman, Lily, and the Count move to California, and to the familiar house on Mockingbird Lane. Herman gets his job at the funeral parlor, and the family also gets a sizable sum of money from Lester, who had won big in Las Vegas. The film had an interesting look, being super saturated with color. The show was in black and white, but it still seemed appropriate, very cartoonish and campy. Butch Patrick and Pat Priest both made cameo appearances, and Elvira (well, Cassandra Peterson, as she wasn’t playing that character) showed up as the cheerful realtor who sold the Munsters their house. The Wikipedia page for the show does give indications that some of the material in the film contradicts what had been established earlier, like that Herman and Lily were married in the nineteenth century, but I don’t know that anyone is really all that strict about Munsters canon. Lily apparently did have a werewolf brother who appeared in one episode, though, perhaps partially to explain where Eddie’s genes came from, so Lester didn’t come entirely out of nowhere. What’s kind of weird is that, while Rob had a hit with a song called “Dragula,” the car didn’t appear in the movie at all, at least from what I can remember.