The Mistress of Misdirection

In my Oziana reread, I thought I might say a bit more about the 2012 issue, made up of a round robin story based on the brief fragment known only as “An Oz Book.” Robert Stanton Baum credited it to his father, L. Frank Baum himself, but the typewritten bit doesn’t really seem like his style. It deals with the lake to the south of the Emerald City, as shown on the map in Tik-Tok of Oz and briefly mentioned in the text of Lost Princess.

It seems a bit contradictory anyway, as it at first refers to the lake as being “in the park surrounding Ozma’s Emerald City,” but then later as being in “Ozma’s Palace grounds.” It also implies that the lake is fairly small, while the map makes it look pretty big. The map isn’t necessarily always to scale, as demonstrated with the size of the Truth Pond. What’s presumably the same lake is called Lake Quad in John R. Neill’s books, and a wooden whale and a small volcanic island end up there.

The round robin story tries to clear up a few of these oddities, but, not surprisingly, introduces more in the process. Marcus Mebes, who edited the issue and came up with the idea, immediately introduces Kabumpo, Jinnicky, and Percy into the story. If it’s supposed to take place during Baum’s lifetime, then the inhabitants of the Emerald City presumably wouldn’t have known the former two yet, and the latter wouldn’t have even existed.

But I believe the first publication of the fragment was in The Baum Bugle in 1965, well after these characters have been introduced by Ruth Plumly Thompson and Rachel Cosgrove. Mike Conway and Nikki Haladay hint at this in their contribution, which has the Green Dolphin tell these characters that they’re from the future. Atticus Gannaway’s conclusion, however, indicates that this was just a result of the Suggestion Box. The inclusion of multiple authors means several possible plot points were either forgotten or dismissed as misdirection, including the main villain, the witch Velbartka, being the original Krumbic Witch, and that Krumbic magic requires the spilling of blood. That last seems a bit gruesome for Oz, but it’s quite possibly based on a mention in Glinda that Coo-ee-oh, who claims to be the only Krumbic Witch in the world, has “a shelf of books written in blood.” The Dolphin himself refers to how March Laumer had earlier used the same fragment in one of his own works, although I understand only a little of that book is actually about Oz. Kim McFarland drew the Dolphin for the back cover.

Betsy Bobbin thinking she’s married to Carter Green is also a Laumer reference, although I put it in because Chris Dulabone had already introduced the idea that various Ozites believed they were in relationships that they really weren’t. Conway and Haladay also introduce the Yith, whom I understand come from an H.P. Lovecraft story about body-stealing beings who can travel through time and space.

They’re also referenced in Conway’s “The Trade,” and Gannaway identifies them as ancestors of the Yips. The Yips certainly seem human when they show up in Lost Princess, but maybe the origins of the Magic Dishpan are somehow linked to these cosmic horrors. By the way, the front cover is by Shawn Maldonado, based on a picture Dick Martin drew for the Autumn 1976 Bugle. Dennis Anfuso also contributed illustrations, including the one of Ozma skating. 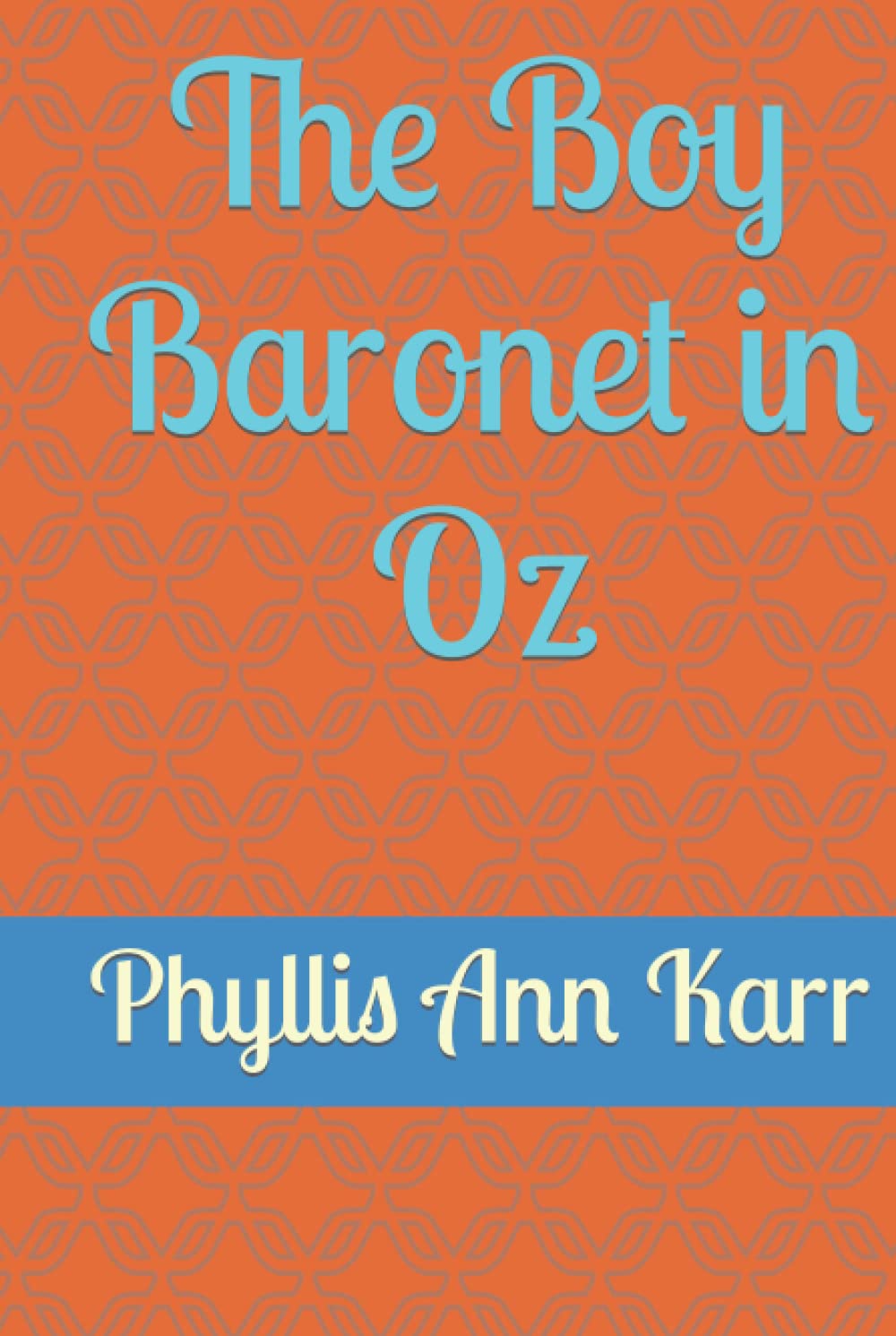 I’ve also recently read a new book, The Boy Baronet in Oz, by Phyllis Ann Karr. This is a crossover between Oz and Gilbert and Sullivan, and I’m not really that familiar with G&S. I know my mom is a fan, and I do like what I’ve heard; it’s the sort of lyrically dense and complex verse that I like in more modern music as well. I did read the libretti for the two main works referenced in Karr’s book, The Sorcerer and Ruddigore. The former was also the basis for several of Tom Holt’s books. Taking place between Tik-Tok and Scarecrow, it starts with Dorothy using the Magic Belt to save John Wellington Wells, whom the Wizard of Oz had encountered previously in London, from Ahrimanes’ dungeons, and he goes on to open a magic shop in the Emerald City. He also brings up the cursed Baronets of Ruddigore, who are forced to commit one crime per day. Dorothy brings in Sir Denys Murgatroyd, a child baronet from the seventeenth century, and his sister, also named Dorothy, but usually called Dolly. I believe Karr had used these characters before in a non-Oz work, so two characters having the same name wasn’t really intentional. And yes, this means the Belt and Magic Picture can access the past, although it causes so much trouble to do so that I can see why these powers aren’t used afterwards. Denys meets the giant Chow Bird, named after the chough, although I believe that’s actually pronounced “chuff.” But then, the bird speaks in a lower-class dialect anyway. Also involved in the story are a country of wooden peg people and another of marzipan, both brought to life by Lurline’s enchantment. Getting back to temporal oddities, two characters have found that they can age backwards, and are considering once again becoming babies and being adopted by somebody. That sounds pretty awkward, which could be why this isn’t common even in Oz. The Good Witch of the North plays a significant role, and while she’s just called Goody North as she is in Karr’s Hollyhock Dolls, I suspect the author was aware that Thompson’s name for the character, Tattypoo, is almost certainly a G&S reference.

3 Responses to The Mistress of Misdirection