The Art of Clowning

Terrifier 2 – This is one I saw at the theater. While the first movie was mostly just Art the Clown messing with and brutally murdering people, this one has a more involved story, although it still leaves a lot of questions unanswered. A lot of it revolves around Sienna Shaw and her younger brother Jonathan, whose father had developed a brain tumor and died in a car crash that was apparently a suicide. Jonathan has a fascination with serial killers and wants to dress as Art for Halloween, something his sister and mom find objectionable. It turns out that their dad had drawn a picture of Art, as well as other potentially relevant images, before he died. A year after his first killing spree, Art himself returns to go on a murderous rampage, accompanied by a little girl who dresses like him and whom most other people can’t see. 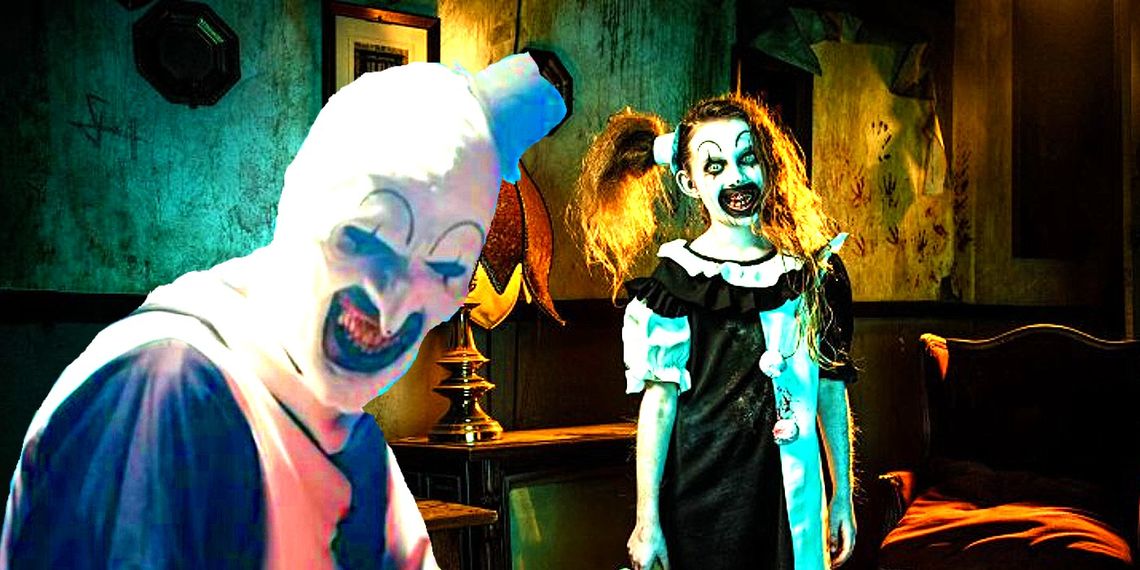 His murders are incredibly gory but often funny in some twisted way, like when he feeds mashed potatoes to a dead woman and gives candy to kids out of another’s head. His pantomime reactions are even more varied and exaggerated than in the previous movie. It’s pretty amusing to watch him do his laundry and react to the newspaper. Also worth mentioning is the dream Sienna has where Art shows up on the set of a commercial and kills everyone, the humorous part coming in because a cheerful lady keeps dancing and playing the banjo after being set on fire. The song she plays is very catchy, sort of like the Silver Shamrock jingle in Halloween 3, although this time it’s an original tune. The dream also gives Art his own cereal, presumably inspired in-universe by the cereal her brother eats with a clown on the box.

I have to wonder if that’s at least partially referencing how Post Sugar Krinkles used to have a clown mascot who was somewhat disturbing, although I’m pretty sure that wasn’t the intention.

The ending reminded me of Nightmare on Elm Street 4 in that it added a bit of the destined hero trope to a horror franchise, in this case even including a magic sword.

Thale – I was looking up the Scandinavian Huldra and similar varieties of wild wood women some years ago, and I saw a mention of this movie. Then I proceeded to not watch it for years. I finally did the other day, and it kind of reminded me of The Shape of Water and Session 9, the former for the supernatural elements and the latter for the convenient stash of abandoned audio tapes. There has to be a subgenre about cleaning crews coming across strange things in labs. While there was no lab, Killdozer even has the same basic sort of plot. Two people working on a cleaning job find a huldra, who is initially somewhat hostile to them, but they come to develop a friendship. A bunch of tapes made by a scientist tell some of the details of her captivity. A man who tries to recapture her describes her as a sort of creature driven into the wilds when humanity took control of the world. She has a tail, sings but doesn’t speak, can instill empathy in others, and is suggested to have healing powers as well. I saw a comment from the director that the name was supposed to connect to the English word “tail,” but the effect is somewhat lessened in the dub I watched, in which everyone just pronounced it like it’s spelled, with the English TH sound.

Hey, it’s better tail placement than in the Cats movie, and that had a much higher budget.
At the end, you see a transcript in Norwegian that uses the word “hulder,” but it’s pronounced “huldra” in the dialogue; both are alternate names for the same being. It’s a quiet movie, somewhat creepy but not really gory or violent.

1 Response to The Art of Clowning