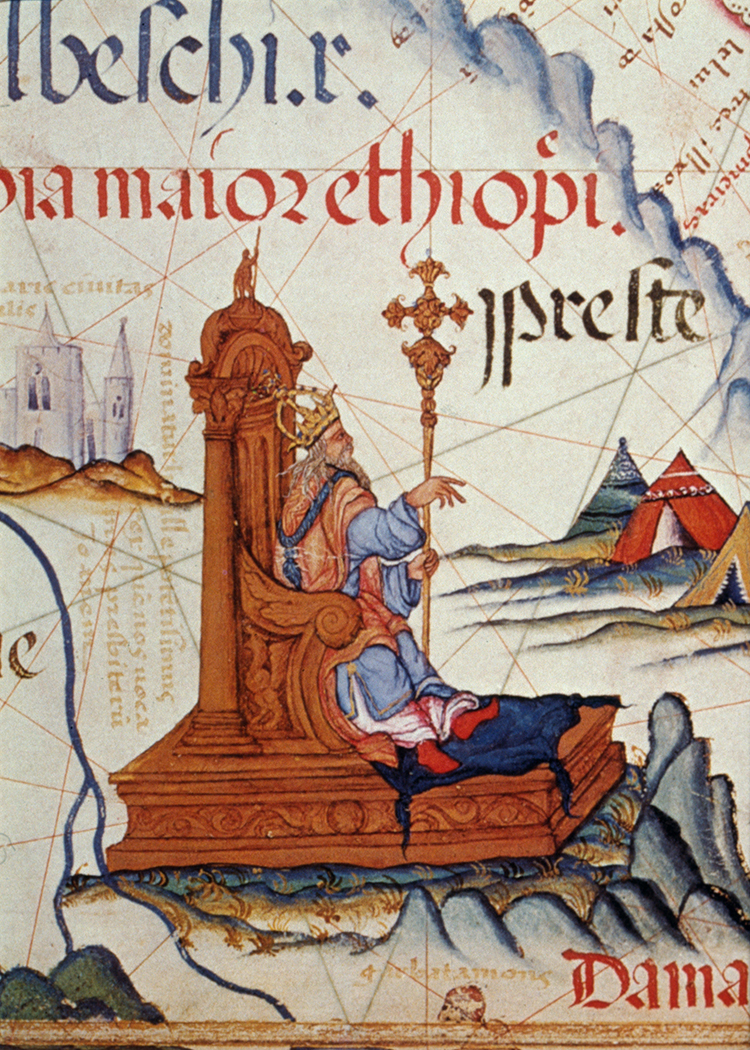 I’d seen mentions of Prester John, but I wasn’t really sure who he was. I’ve since found out he was a mythical Christian king in or near India whom the European Church saw as a potential ally against the Muslims during the Crusades. In 1145, Hugh, the Bishop of Jabala in Syria, brought some news to Pope Eugenius III. He told of the loss of Edessa to the Sunni Seljuk Empire, but balanced it out by telling of a victory over the Seljuk won by one Prester John, a descendant of one of the magi and a Nestorian Christian (which means he believed Jesus not only had separate human and divine natures, but that they were essentially two different people) who ruled a great kingdom in India. The historical event that inspired this was probably the defeat of the Seljuk by the Mongol Kara Kitai, led by Yeliu Tashi, who was not at all a Christian. The title “Prester” derives from “Presbyter,” an elder in the Church. There is an unverified account of an actual Patriarch from India named John visiting Rome around 1122, which might have inspired the Prester John legend (but not John Legend). There were early Christian documents telling of a “John the Presbyter,” sometimes associated with the Apostle John or John of Patmos. 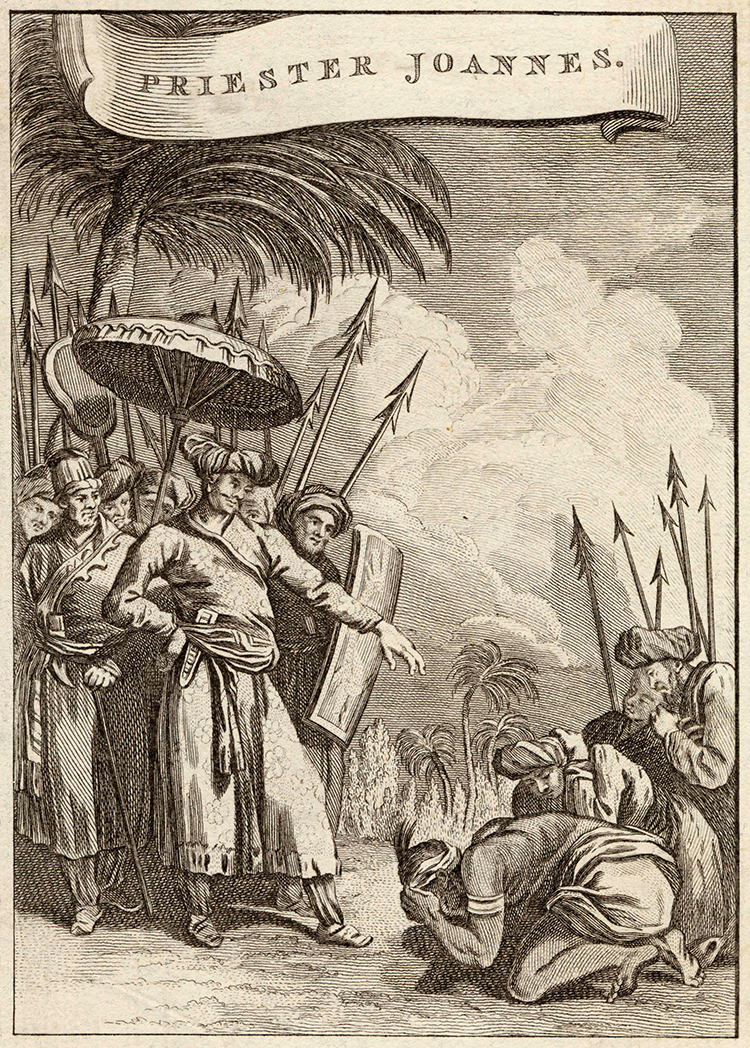 In 1165, a letter from the fabled John to the Byzantine Emperor Manuel Commenus began to circulate throughout Europe. According to the letter, John’s kingdom was home to, among other beings, giants, pygmies, cyclopes, griffins, and satyrs. It has a river that cures disease, a river of precious stone, a stream that changes flavor, and a watchtower from which the entire land can be seen. Anyone there who lies drops dead instantly. A lot of these ideas come directly from other tales of travel in unknown lands, like the Alexander Romances and stories of Sinbad the Sailor. It’s also described as the burial place of the Apostle Thomas, who is credited by legend with having preached Christianity in India and possibly China. The letter is generally considered to have been a European forgery. During the Crusades, the Prester John story seems to have been a sort of propaganda, encouraging continued participation with the promise of a hitherto unseen ally. The fact that they already claimed God was on their side was apparently insufficient. In 1221, Jacques de Vitri, Bishop of Acre, reported that a son or grandson of Prester John named David had conquered Persia. The person who had actually done this was none other than Genghis Khan, who did allow increased travel between Europe and the territories he ruled. Searches for the legendary Prester continued for some time into China, Ethiopia, and Abyssinia, even though a guy they were talking about in 1145 presumably would have been dead by then. Maybe they were looking for descendants or a dynasty, or assumed someone who lived in a miraculous land could potentially live for centuries. Regardless, the myth eventually fell out of favor, and even well before that the story largely changed from an immensely powerful ruler who was biding his time for some reason to a weakened one who might well have needed help FROM Europe. He did appear in Fantastic Four comics, though.

The Prester John Map by Abraham Ortelius, which shows John ruling an enormous amount of land in Africa, dates to 1573, a time when the myth was waning.