Ain’t You Never Seen a Disembodied Soul Before?

I picked up a few albums recently, either through buying them used or receiving them as presents, so here are some thoughts.

Robyn Hitchcock and the Egyptians, Globe of Frogs – I have the box sets of much of Robyn’s earlier solo and Egyptians work, but there were a few albums they skipped, perhaps because of label issues. A few of them, including this one, sell for ridiculously high prices new on Amazon, so I bought a few of them used. There’s some great stuff on here, starting with the opener, the boogie-woogie piano near the end being a highlight. “Vibrating” is kind of like a creepier, less chaotic version of Talking Heads’ “And She Was.” “Balloon Man” was Robyn’s biggest hit, although even that is relative. He says he originally wrote it for the Bangles, which is something I’d like to have heard. It’s not necessarily a stand-out for me, but it’s quite catchy and typically surreal, so I can see why it caught on. Robyn has said he no longer likes the song, but he played it both of the last two times I saw him live. It is a very New York song, of course. “Sleeping with Your Devil Mask” reminds me quite a bit of “I Watch the Cars,” at least in the verses. I like the way he yells “you” in the chorus. “Chinese Bones” is a rather pretty, which might not be what you’d expect from the title. Robyn sure has a lot of songs that mention bones, doesn’t he? good song with some chimes in it. The tamblas on the title song (well, mostly) “A Globe of Frogs” help to create a surreal atmosphere (although I can’t say whether that would be the case for an Indian listener). 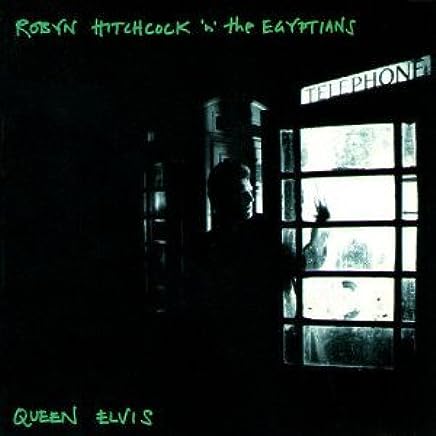 Robyn Hitchcock and the Egyptians, Queen Elvis – This one starts with the oddly sweet “Madonna of the Wasps,” which Neko Case covered. “The Devil’s Coachman” has kind of a Magical Mystery Tour era Beatles sound, and the it has some really funny lyrics, like, “Yesterday I saw the Devil in my food. I wasn’t hungry, but I played with it.” But watch that “If he treats you horribly, he’s probably a Scorpio,” Robyn! “One Long Pair of Eyes” is one I’ve heard in concert several times, so it’s nice to have the studio version. Since the live versions were solo acoustic, I didn’t know it had such an infectious bass part. “She had one long pair of eyes between her” is a good example of Robyn’s way with words, clever, nonsensical, and kind of disturbing. I think the opening lines are referencing the Lady of Shalott story, although as usual there are a whole lot of allusions that don’t always work together. And I think Robyn might like to use eyes in his lyrics even more than he does bones. “Veins of the Queen” is another one I quite like, especially the trumpet part. “Autumn Sea” features some of Robyn’s intriguing spoken-word bits. What isn’t on this album is the song “Queen Elvis,” which would appear on Robyn’s next record, Eye. 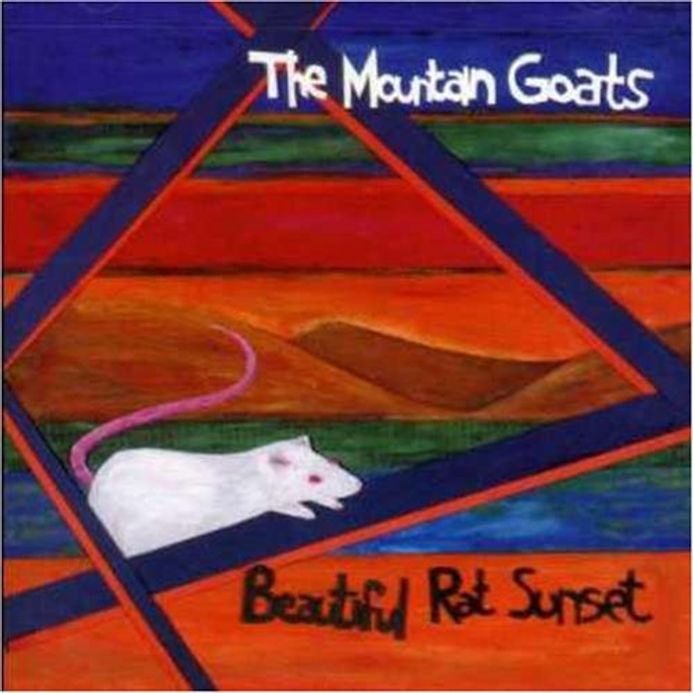 The Mountain Goats, Beautiful Rat Sunset – I’ve had much of the band’s back catalog on my wishlist for a while. This one is en EP, but it has eight songs, so that’s pretty substantial. Earlier Mountain Goats songs tend to be distinguished by urgent, frantic acoustic guitar, rambling vocals, and titles that have little to nothing to do with the songs themselves. The rat on the album cover is, according to the band, an actual rat named Mr. Do. Acoustic guitar. Itzcuintli, as in the title of the first song, is Aztec for “dog,” and is the tenth day of the twenty-day cycle; but whether that has anything to do with the lyrics, I couldn’t say. “Song for Cleomenes” is an account of Gaius Verres, Roman Governor of Sicily in the first century BC, who was notoriously corrupt and embezzled a lot of money. We know about him through Cicero’s legal arguments against him. The title actually is relevant here, as Cleomenes was the name of a fleet commander under Verres who was supposed to fight pirates, but instead let them sack the place. The bit in the last song, “Resonant Bell World,” where he awkwardly speaks the end of a line instead of singing it, totally works with the general style. 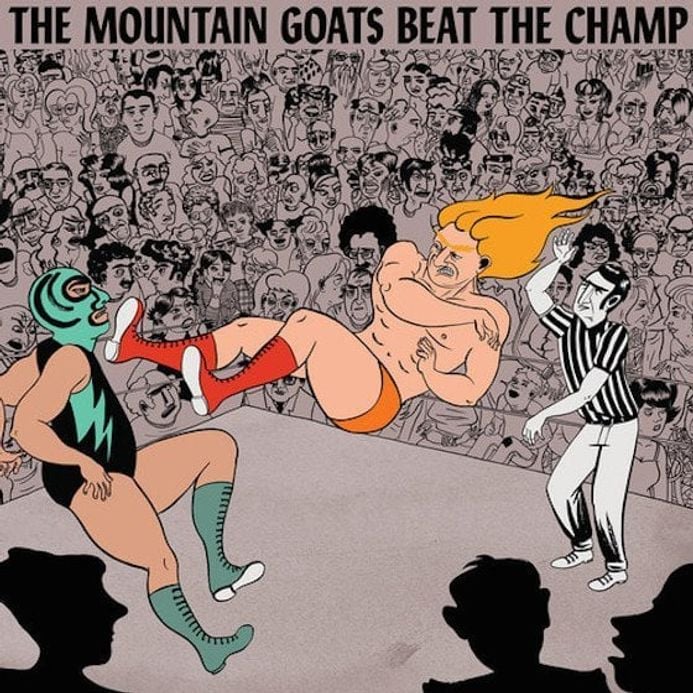 The Mountain Goats, Beat the Champ – This one is a concept album about professional wrestling, of which John Darnielle was a big fan as a kid, back before it was nationalized and heavily commercialized in the early 1980s. Several wrestlers from the era are the subjects of songs, sometimes also discussing their later lives and deaths, like Bull Ramos starting a wrecking business and Luna Vachon’s house burning down. Most of the time, the wrestling themes can be taken both literally and metaphorically. It’s from 2015, so the music has more variation in instrumentation, including woodwinds and horns. The second song is about Chavo Guerrero Sr., and more specifically about his being Darnielle’s childhood hero and helping him get through bad situations. “Animal Mask” is about a battle royal, but also about the birth of Darnielle’s child, and about anonymity in general. It’s sad and wistful overall.