I mentioned in my review of Rick Riordan’s The Tower of Nero that I liked the way it portrayed the troglodytes, and since I don’t think I’ve done it before, I might as well take a look at the origins of the term and people who’ve been called by it. It essentially means “people who go into holes” in Greek, so basically cavemen. There apparently never were that many people living in caves; some did, but artifacts were more likely stored there for community ritual purposes than because they were someone’s living room. 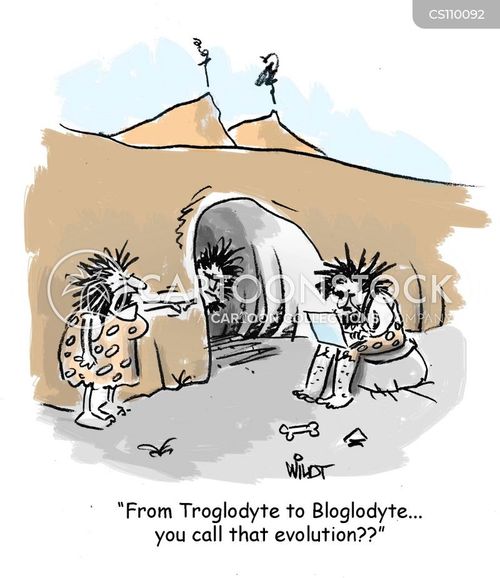 But the stereotype of primitive people living underground has apparently existed for centuries. Herodotus wrote of the troglodytes as people in Libya who were incredibly fast runners, ate snakes and lizards, and had a language like the screeching of bats. They were said by later writers to dwell in Ethiopia and Arabia as well. According to Strabo, the Troglodytes on the coast of the Red Sea were nomadic, keeping flocks of sheep and cattle, and keeping wives and children in common. They’re also said to have played stringed instruments, including the sambuca and the pandura. These people fight with clubs (another lasting caveman stereotype), and have been associated with, among other tribes, the Horites of Mount Seir. 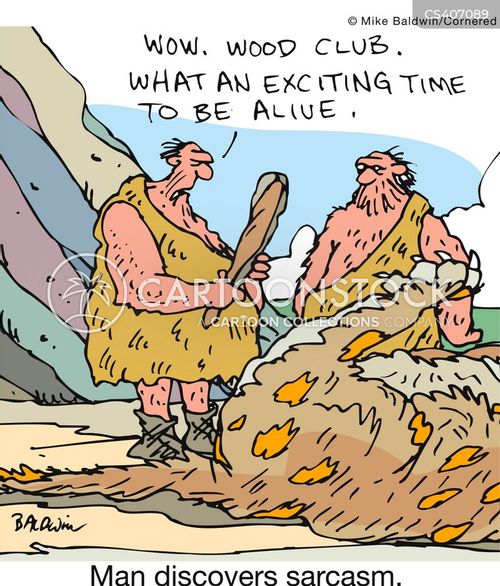 There’s a mention in Flavius Josephus’ work of some Abraham and Keturah’s descendants relocating to a place called Troglodytis. An interesting bit of trivia mentioned by Claudius Aurelius is that the Troglodytes have great respect for Ethiopian Bulls, terrifying animals twice the size of Greek bulls with hides that cannot be penetrated by iron and horns that they can move, trapping them in pits being the only way of stopping them. 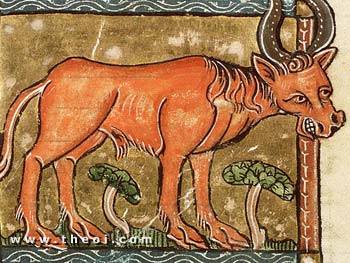 That is, of course, all a load of bull.
The accounts of these animals probably derive from descriptions of African buffalo. The bulls also feature in Riordan’s book, where they have an inimical relationship with the Troglodytes. Such strange rivalries aren’t uncommon in old Greek texts, the African Pygmies, for instance, said to be tiny people in an ongoing war with cranes.

The word “troglodyte” has come to be an insult. Well, it might have already been in the first place, but it now often means someone is ignorant, I guess because that’s how you might be if you hang out in a cave. The scientific name for chimpanzees is Pan troglodytes, because people seemed to think THEY lived in caves. 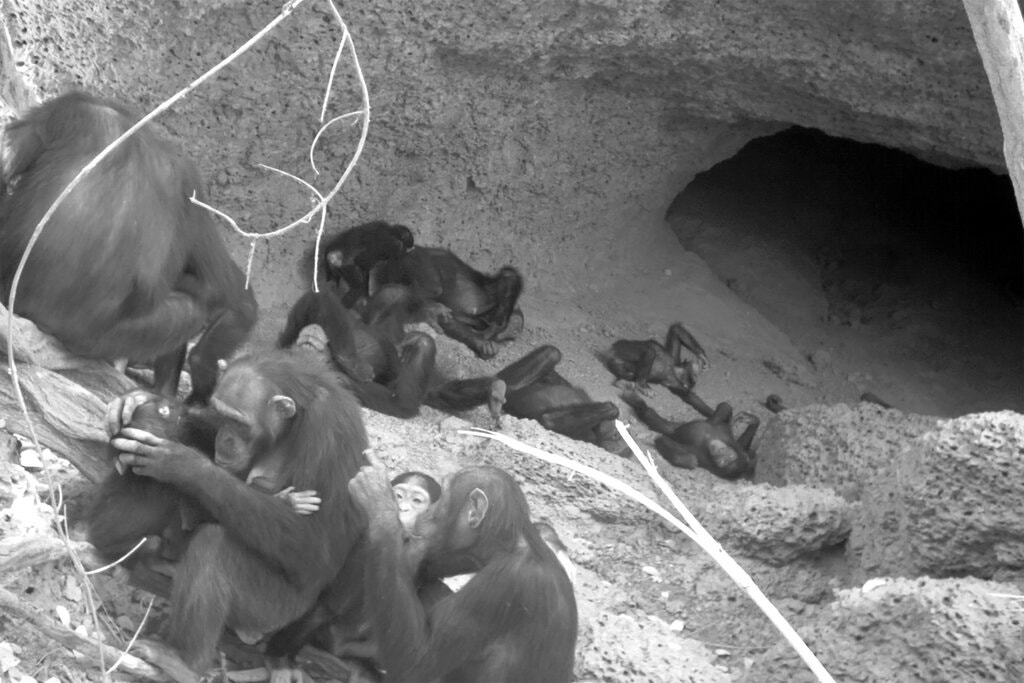 In fairness, they do hang out there sometimes.
Would everyone stop trying to make living in caves happen, except for weird old hermits? 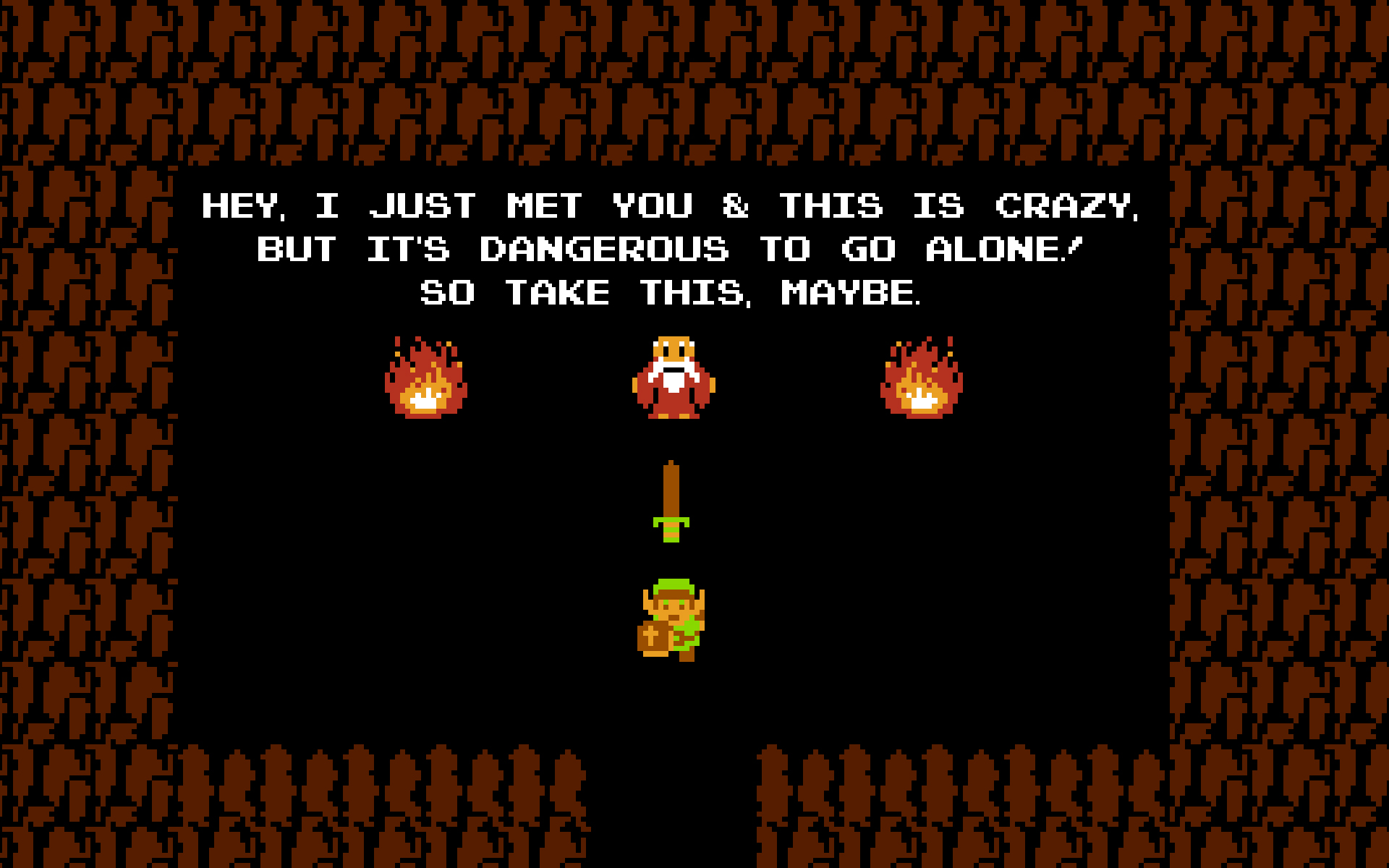 Actually, all the people in the first Legend of Zelda live in caves. I guess video game graphics hadn’t advanced to houses by that point.
Jorge Luis Borges’ story “The Immortal” has a Roman soldier discover a city of Troglodytes who live eternally, lives there for a while, and ends up becoming confused about his own identity.

Troglodytes in Dungeons & Dragons not only eat reptiles but are reptilian humanoids themselves, and are able to change their skin color like chameleons. They’re also known for smelling really bad to everyone except each other.

In the original translation of Dragon Quest IV (which technically makes it Dragon Warrior IV), one sort of long-tongued ghoul was called a Troglodyte, but this was later changed to a Lickspittle. 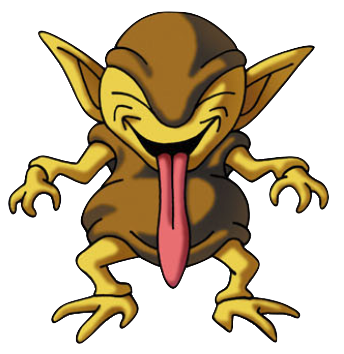 I wrote before about how the Munchers educational games that I played a lot as a kid had monsters called Troggles, presumably derived from “troglodyte” even though there was no indication that they lived in caves. There were also Troggles in the Gummi Bears cartoon, and apparently in My Little Pony. 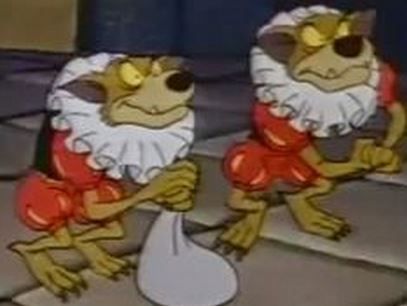 The Troggs, the band who had a hit with “Wild Thing,” were originally called the Troglodytes. “Trogg” also sounds like it could be the name of one of Sarah Palin’s relatives.