The dream of a land where jewels and precious metals are plentiful is an old one, the implication being that you could take some gold that’s common in that country and become rich in your own. The Land of Oz is a country like this, although it’s rare that anyone takes treasure back to the Outside World. According to The Emerald City of Oz, Dorothy never did, despite receiving a bracelet studded with diamonds on her very first visit. Peter Brown does bring back gold and pearls, but Ruth Plumly Thompson cheats a bit by saying that they’re “real,” which presumably means they didn’t originate in fairyland. While the Emerald City isn’t entirely made of emerald (it’s mostly green marble), they’re used in a lot of its decorations. It’s never stated where they come from, but the map in Forbidden Fountain shows a Beryl Mountain near the city. And in Mark Haas’s Emerald Mountain, there’s a subterranean mountain of emeralds that causes problems when it breaks above ground.

Maybe Beryl Mountain is actually this underground mountain, since it seems unlikely that the Emerald City territory would contain an above-ground mountain that nobody noticed in previous books. Jewels show up quite often in other books as well, usually color-coded to the area of the land in which they’re found.

Giant Horse tells us that the Sapphire City, which becomes the Munchkin capital, “the beaches are strewn with precious stones, opals, rubies, and amethyst, turquoise and pearls, but more numerous than any other of the precious stones are the glittering sapphires that color the whole island realm with their dazzling blue light.”

In Ojo, 5000 bags of sapphires is a reward for which thieves eagerly compete, even though sapphires otherwise seem commonplace in Oz. Jewels can also be found in enormous sizes in Oz, as well as in the neighboring Nome Kingdom.

I seem to recall seeing one of the world’s largest diamonds when I was a kid and being disappointed at how small it really was. I guess diamonds like the one used to weigh down Tik-Tok aren’t found outside fairyland.

Road has Jack Pumpkinhead give Ozma a necklace of pumpkin seeds set with carolite, “which is considered the rarest and most beautiful gem that exists.” 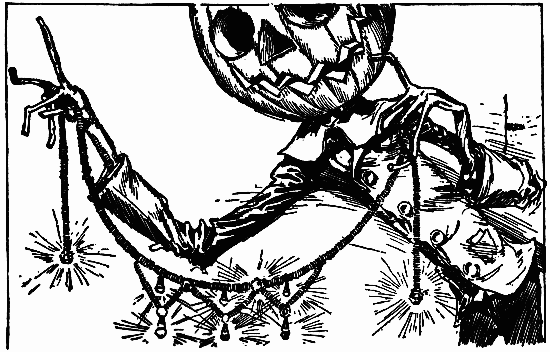 I assume L. Frank Baum made up the word, but for some reason my spell checker recognizes it. Apparently it’s the name of a Linux operating system, but I have no idea whether that was named after the Ozian jewel. David Hulan’s short story “The Gauds of Oz” introduces another gem that’s rare even in Oz, the firestone, which glows from inside like a hot coal.

Gold is mentioned as the most common metal in Oz in Patchwork Girl, and there are suggestions in Lost Princess that tin is considered more valuable than gold. We’re told that it’s “highly esteemed in the Land of Oz because tin is so bright and pretty and there is not so much of it as there is of gold and silver.” I believe it was J.L. Bell who pointed out, however, that later in the same book is a mention of Corporal Waddle of Bear Center having a toy gun with a tin barrel. It’s possible that tin is rare in Oz because so much of it was used in making the Tin Woodman’s castle.

There are also several mentions of radium in the series: the Horners‘ chief occupation is mining it, King Evardo gives Ozma “a diadem of diamonds set in radium” as a gift in Road, and in Tik-Tok the Magic Picture has a radium frame. Back when the books were written, the harmful effects of radium weren’t known, but it’s possible they’re muted in a fairyland anyway.