In Anne Nesbet’s A Box of Gargoyles, one of the effects of the strange magic affecting Paris is that some ordinary women turn into Samodivi, described as a sort of Bulgarian vampire. What I’ve found online suggests that, while they do have some of the traits of vampires, they’re generally classified as a kind of wood-nymph.

Picture by Alex Petrov
Like many fairies, they can be quite malicious, and aren’t that concerned about killing humans; but they can also be friendly and beneficial at times. Another name for the Samodiva is Samovila, revealing its connection to the beautiful Vila whom Harry Potter recently brought into the public consciousness. (J.K. Rowling spells it “veela,” but it looks like the more accepted English spelling is “vila.” Like the guy who used to host This Old House, although I don’t think he was known for his sex appeal.) The Samodivi appear as tall, thin, very attractive women, often with long, curly, blonde hair. This hair has magical properties, as do their clothes. 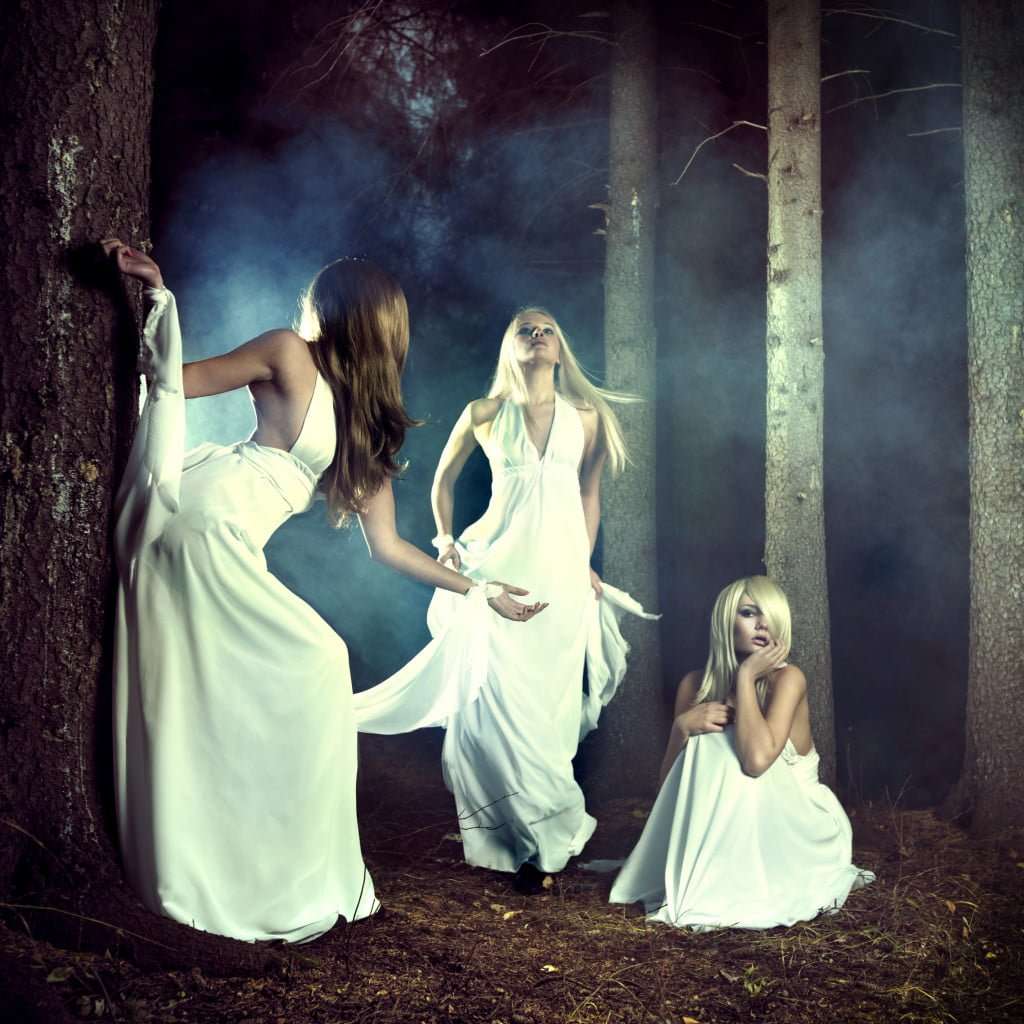 They’re said to wear loose gowns covered in feathers, and sometimes also have wings. When angry, they can turn into birds that fling fire. Like birds, they migrate for the winter, spending the time from fall through spring in Zmeykovo, the mythical Dragon Village at the edge of the world. Their eyes are usually either blue or green, and can be used to curse people. All men (and perhaps some women) fall in love with them immediately, and the Samodivi then drain their energy. They also dance from midnight until dawn, and any human who sees this dance is forced to join in, which will often result in their death.

Samodivi are known to ride on deer, and use snakes as bowstrings.

As with several other types of fairies, many of them able to transform into animals, a Samodiva will be totally under a human’s control if they steal the nymph’s clothing while she’s bathing.

Picture by Alexander Nanitchkov
Not surprisingly, even though she’ll be docile and subservient on the surface, she’ll constantly be looking for her clothes so she can escape. I can’t blame her, as she was forced into what’s essentially the fairy equivalent of a shotgun wedding. There have, however, been instances of successful human and Samodiva marriages, probably when the guy asks nicely instead of using blackmail. Their offspring then tend to have supernatural abilities. There are legends that the late fourteenth-century Serbian monarch Marko Mrnjavčević was raised by a Samodiva, and gained magical power from her milk. The nymphs also have knowledge of herbal healing, but will only occasionally share this information with humans, who are often stuck with eavesdropping on Samodiva gatherings in order to learn about life-saving cures.