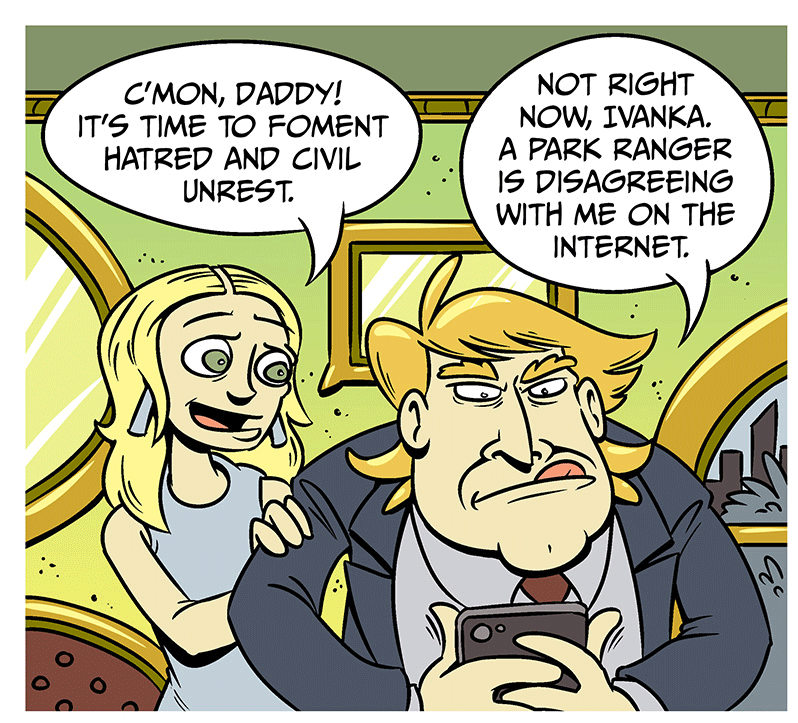 These days, it seems like people are always outraged about something. Well, I say “these days,” but I’m sure it’s pretty much a constant. Still, the rabble had just gotten over Kathy Griffin holding Donald Trump’s disembodied head before we started getting stuff about Bill Maher saying the N-word and Reza Aslan calling Trump a piece of shit. Oh, and there was some guy I’d never heard of making jokes about the terrorist attack during an Ariana Grande concert pretty much immediately afterwards. Does the Stephen Colbert thing still count as recent? My own opinions vary, although for the most part I’m not all that shocked by much of anything anymore. Maybe I’m just desensitized, but the Griffin thing seemed neither outrageous nor funny. I did wonder about the legality of it, since the conventional wisdom seems to be that you can’t even jokingly threaten the President’s life, but apparently it’s a gray area. But really, John Waters could shock people by having Divine eat dog poop in Pink Flamingos, and now there’s poop-eating in children’s movies. Family Guy makes a recurring gag out of a pedophile. What’s really shocking these days? I suppose it’s possible that society just hasn’t thought of the next way to push the envelope yet. There are still taboos, but for the most part it’s not that you can’t talk about them, just that a lot of the time making jokes about them is punching down. I think that’s the thing with the Maher comment. I’m generally someone who doesn’t go in for censorship. I don’t curse a lot in print (I’m more foul-mouthed in person), but I also don’t do any of that “f**k” crap. If I’m talking about a word, I write the actual word. I used to think that way about the N-word as well, but I’ve seen enough comments from black people (the ones whose opinions really matter the most in this case) that they find it offensive for white people to use it even non-maliciously, so now I try to make an exception. I was a little surprised at Maher because I swear he said not too long ago that he wouldn’t use that word, but I probably shouldn’t be as he seems to be making an effort to be as offensive as possible as of late. I don’t know if he’s trying to remain relevant, get fired, or what, but there you go.

I generally supported Maher even after he’d started to get a lot of flak from liberals, but he just keeps doubling down on his stupider positions and largely ignoring the ones that actually made sense. My wife sent me this Esquire article on Maher last week, and it gets to the heart of a lot of what’s obnoxious about him. He’s always had extremists as guests, presumably for the entertainment value, but it seems like his interest in people like Milo Yiannopoulos goes beyond that. Instead of just letting him eviscerate himself like is recommended with his ilk, Maher instead tried to find common ground with him, and wants to have him back on the show again. Hearing alternate viewpoints is all well and good, perhaps vital in some cases, but that doesn’t mean you have to give a platform to those who don’t have a coherent argument at all. We all have the right in this country to say what we want to say, but that doesn’t mean you’re guaranteed a national platform. And no, I don’t think Yiannopoulos is joking about his views. I don’t think he’s smart enough for that. I’m still not entirely sure about Ann Coulter. I’m kind of going in the opposite direction from Maher, in that I feel that so many Americans supporting a racist, sexist, totally incompetent con-artist is proof that they don’t need to be taken seriously. The way I see it, if you actually believed Trump was going to help the working class, you’d probably believe just about anything. Well, anything that doesn’t come from the liberal media or scientists, I suppose. And Maher’s Islam thing at first sounded like it was just about statistics, but he’s increasingly brought it outside the realm of facts. I have no idea whether his supposition about the majority of Muslims in the world supporting Sharia law is at all accurate, but he said he understands how Trump’s message resonated with Americans. Aren’t those both cases of people being convinced to go against their own interests? And it’s just over-the-top political correctness to apologize for potentially offensive costumes, but old white guys who date a lot of young women are being persecuted? That seems a bit skewed. And that brings me back to the idea of punching down, and how I don’t think saying mean things about one guy, President of the United States or not, is at all on the same level as insulting an entire minority group. Besides, EVERY President gets mocked and insulted, and most of them didn’t seem to talk about it in public. Trump has to launch a bevy of tweets every time someone mentions him on Saturday Night Live. That’s going to happen when you’re a public figure, even if you AREN’T horrible at your job.

As far as people like Aslan being fired, well, the networks can do what they want. But in a way, isn’t firing anyone who says something offensive an impediment to speaking truth to power? I’m not saying there aren’t lines that have to be drawn sometimes, just that maybe news shows shouldn’t be about the ratings, and should sometimes make people uncomfortable. Funnily enough, I think Bill Maher made a similar argument not too long ago. But then, the twenty-four-hour news channels are an anomaly in this respect, as there are so many up-and-coming anchors competing for those shows. Besides, we don’t always know the internal politics involved. Just because the official reason someone was fired is one specific comment, that doesn’t mean it was the ONLY reason.

4 Responses to Shock and Awfulness