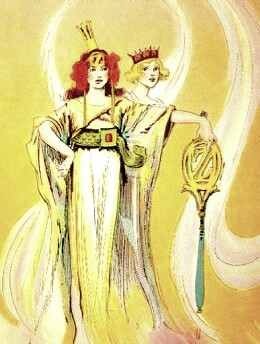 I’ve occasionally seen the question as to whether it was morally questionable for Dorothy to take the Magic Belt from the Nome King. I think she really didn’t have much choice, as he was determined to keep Ozma and her companions as prisoners. After that, she gave it to Ozma to keep in the Emerald City, and it gave her a lot of power. In the next few books, she mostly just uses the Belt for quick transportation. In The Emerald City of Oz, she uses it to put dust in the Nome King’s tunnel, and apparently to close it up again (although Jack Snow’s The Shaggy Man of Oz places some doubt on that). 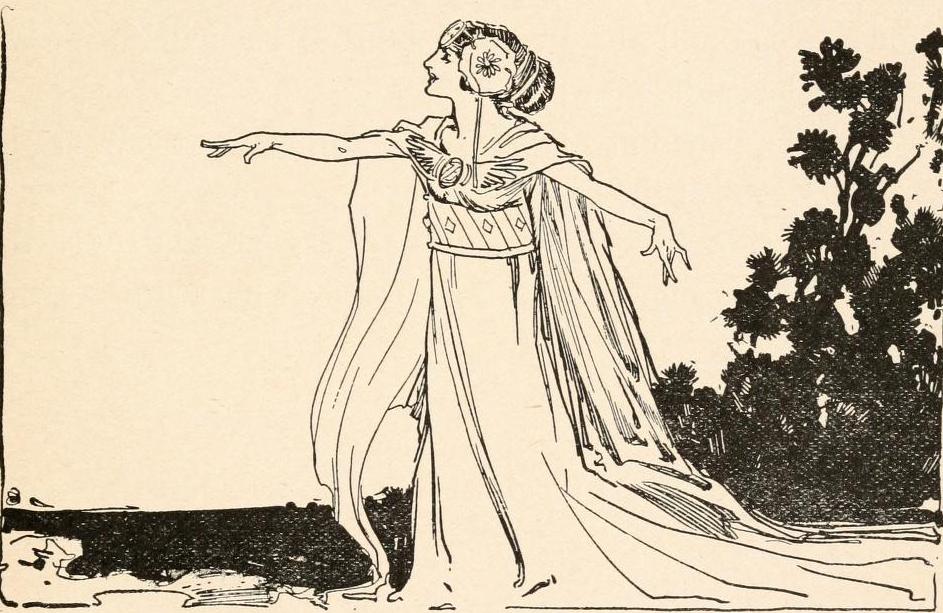 It’s also largely why Roquat wants to invade Oz, in order to regain what he sees as his property. 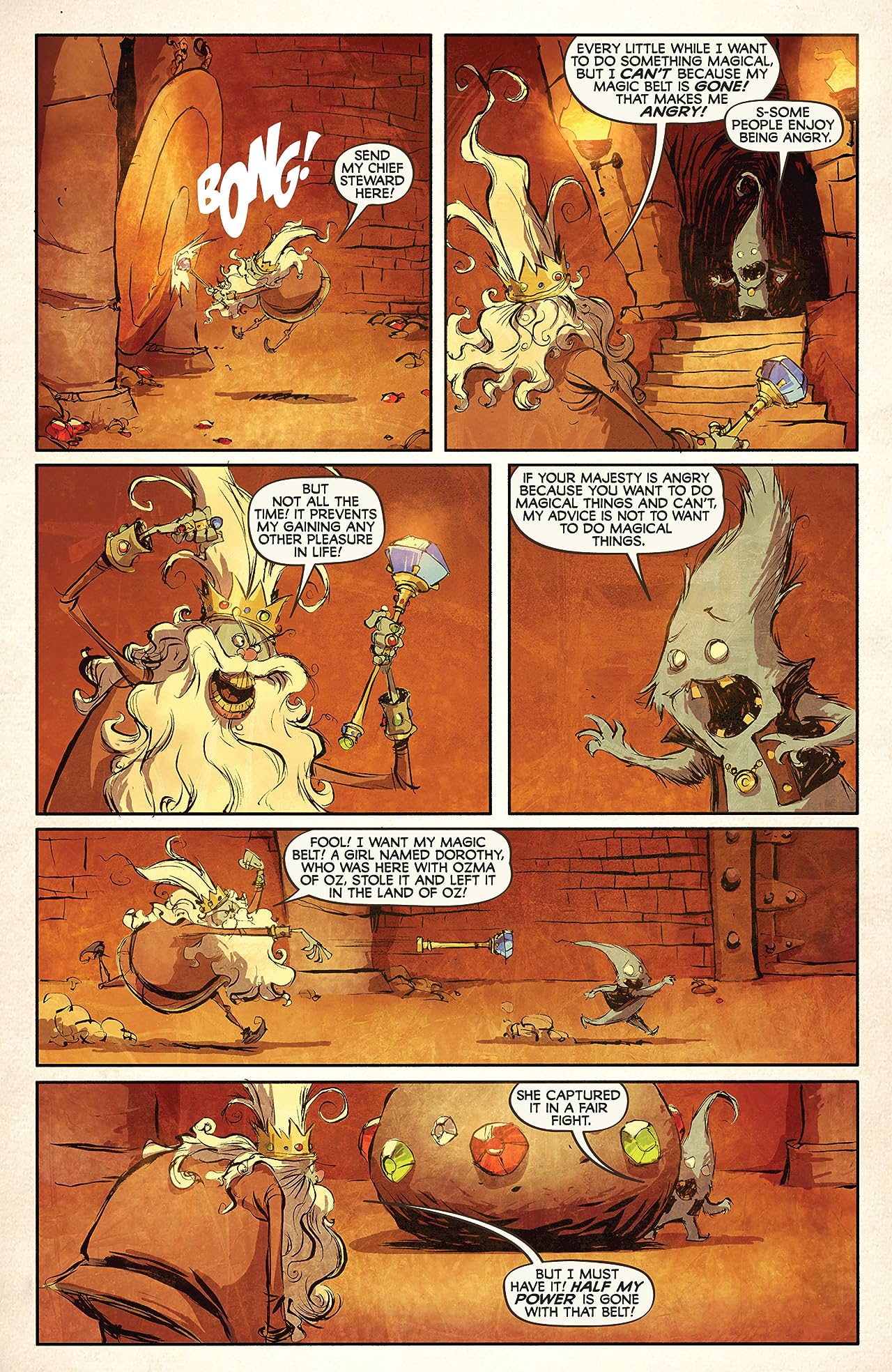 Perhaps this particular episode would have worked out better if Dorothy and Ozma had destroyed the Belt instead. As it is, though, it’s one of the many magical items the Ozian royal government gains over time. Ozma also introduced the Magic Picture, which allows her to see anyone or anything she wants to. Throughout the L. Frank Baum books, she and her loyal followers also gain access to a book that records everything that happens in the world, water that wipes memories, a magnet that makes everyone love the bearer, and a magic word that can easily work transformations. Ruth Plumly Thompson adds a fan that can blow away invaders, a box that answers questions, a stone that removes speech for five years, a bag that can grab enemies, pills that grant wishes, necklaces that can also grant wishes, a stick that can freeze enemies in place, and a hammer that can summon a powerful elf.

As far as we can tell, she doesn’t use most of these items very often, at least not in the main series. Thompson does show Ozma using the Belt quite often, much more than Baum ever did. And the wishing pills made by the Wizard of Oz are in frequent use, but against mostly just for transportation. I guess that, when you have the Belt, many of these other things are largely superfluous. Still, I can see occasions when some of them might help, particularly that magic word from Magic. Sean Patrick Duffley’s short story “Much Ado About Kiki Aru” shows that it becomes ineffective not long after the events of that book, although it’s used again in other fan-written works. For many of these tools, Ozma’s main goal might be to keep them out of the wrong hands instead of intending to use them. I mentioned last week, however, that Ozma had Dr. Pipt‘s kettles and book of magic recipes destroyed instead of keeping them, even though she admitted earlier that his Powder of Life could potentially be put to good use. It’s never totally clear what she does with the things she takes from Ugu‘s castle that she doesn’t know to have been stolen (she and companions pack them up, but I don’t think they’re mentioned after that) or with Mrs. Yoop’s apron, which has the useful power of opening doors. Confiscating magic from those who use it illegally seems to be the Ruler’s usual course of action, although a lot of tools she obtains are either simply found somewhere or willingly given to her. I did find it interesting that, in Handy Mandy, “though she knew neither the extent nor the nature of the wizard [Wutz]’s other thefts she casued to be restored to their rightful owners all the magic appliances in the Silver King’s den,” with apparently no thought that some of them might also have been illegal practitioners. And there’s no indication in Pirates that she contacts Kadj or Cinderbutton, presumably the rightful owners of the Standing Stick and Hardy-Hood. It seems like stockpiling all of this magic helps Oz to become a fairy world power. The Nome King dismisses Ozma as a potential threat in Ozma, but later books show both him and his successor Kaliko being terrified of her. And Ozma doesn’t need to actually use these items in order to remain a threat. Of course, Ozma is usually gentle and loving (although it depends on the writer, and sometimes even the particular book), and likely doesn’t want to be seen as threatening. But considering how often Oz gets invaded, and how lax their security tends to be, it’s probably useful that the government has easy access to so much powerful magic. It’s like Ozma’s version of a military buildup, as her actual military is mostly just for show. 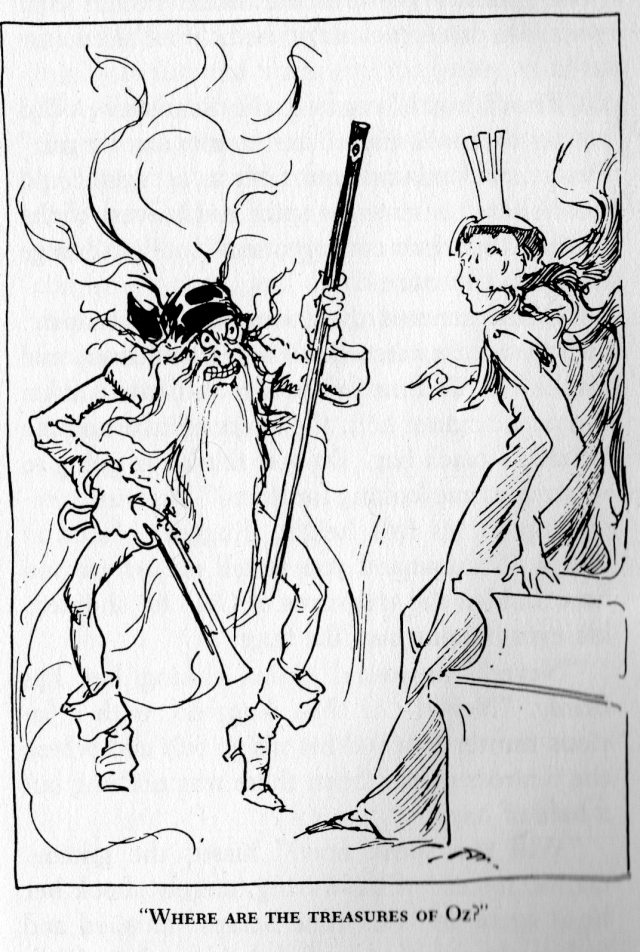