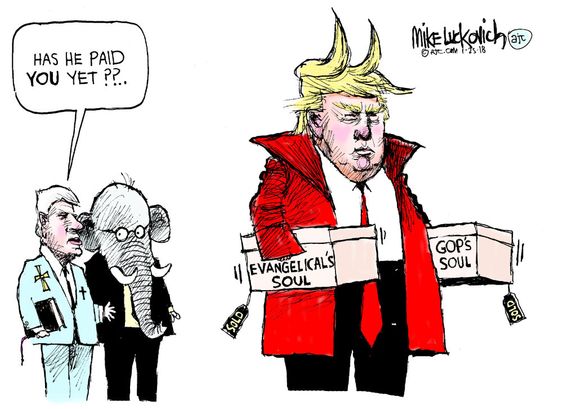 I sometimes wonder if there’s a connection between being deeply religious and following authority without question. In the most popular holy books, God does often come across as a rather cruel, petty dictator. Of course, that’s not really how it is to believers, as God isn’t just some guy, but perfect by definition. My take, however, is that it doesn’t make much sense for God to be the arbiter of human morality when He’s defined as not being human. On the other hand, people will ascribe human emotions to God, but somehow think this wouldn’t also mean He has human foibles. 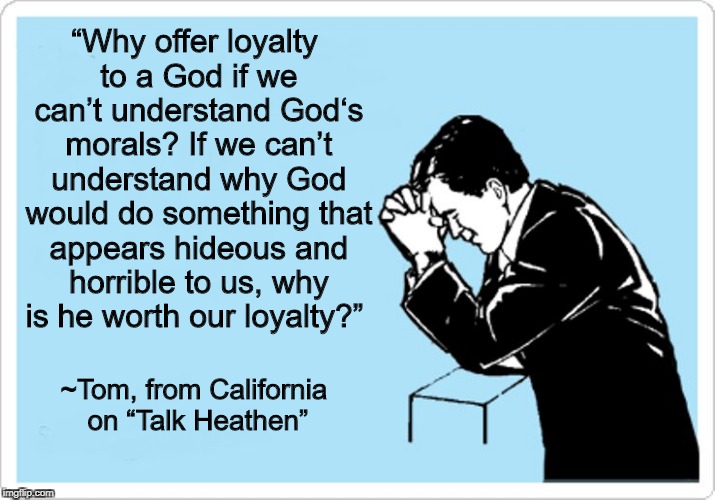 I’ve never been comfortable with the idea that God can’t be mocked, for instance. The way I see it, if there’s an almighty being, either He’s above concern for such things, or He’s not perfect and hence totally worthy of criticism and mockery.

I recently read a book about the Family, and their beliefs include that powerful people are put in those positions by God, and that people should allow God to use them. I’m not totally sure why God NEEDS to use people, being all-powerful and all, but there you go. It is something that comes up in the Bible from time to time, the main example I can think of being the wheat thresher Gideon whom God chose to be a military leader. Gideon did ask God to prove Himself, although I’m not sure the tests he set up necessarily proved He was God and not just someone who was really good at sleight-of-hand magic. Those were different times, though.

Also, Jeremiah refers to Nebuchadnezzar as God’s servant, and this wasn’t someone on God’s side, but the guy who conquered Judah and destroyed the Temple. So I’m not sure that, Biblically speaking, you have to AGREE for God to use you. In Romans 13, Paul tells Christians to obey the earthly authorities because God put them there, which seems kind of weird considering how many terrible rulers there have been throughout history, but it strikes me that Paul is really trying to get the members of his up-and-coming sect of Judaism that even other Jews didn’t trust to avoid making waves. 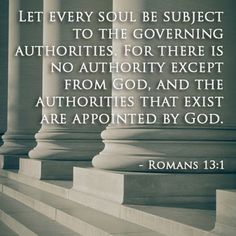 It’s pretty consistent with Jesus saying to turn the other cheek and to render unto Caesar that which is Caesar’s. It’s not quite in accordance with John of Patmos, who advises dying instead of obeying the Roman authorities. I think Paul was writing before the imperial cult was really a thing, but we do know that the two of them had opposing thoughts on whether it was okay to eat meat that had been sacrificed to pagan gods.

The Biblical reaction to kings is a bit all over the place as well, perhaps because the kings themselves were all over the place. There’s a repeated refrain in Judges: “In those days there was no king in Israel; every man did that which was right in his own eyes.” But once kings come onto the scene, a lot of them are said to lead the people astray themselves. The following books give a negative view of all the rulers of the Northern Kingdom of Israel, and most of the ones of the Southern Kingdom of Judah as well. There were some genuinely messed-up things some of them are said to have done: Saul repeatedly trying to kill the guy who played the harp for him, David impregnating a stranger and then having her husband killed, Ahab and Jezebel trying to steal a vineyard. For the most part, though, the evaluation is done largely from the perspective of how well the kings respected the authority of the priests and their insistence that all sacrifices be made at the Temple in Jerusalem, rather than at the various “high places”; and only to Yahweh. To a believer, this probably seems only fair, as Yahweh is the national god and the one who led the people out of Egypt. From a different perspective, however, it looks kind of like they’re trying to maintain a monopoly for the Temple. The priests would have been a significant power in the two kingdoms; Saul is presented as having been made king by the priest and prophet Samuel, who later transferred his support to David when Saul refused to obey him…um, I mean, obey God.

The prophets were also important as mouthpieces of God, and they sometimes disagreed with both the kings and the priests.

It’s hardly a modern system of checks and balances, but it does seem clear that, while God presumably put these people in charge, they aren’t automatically going to do what’s right, a point against the idea of blind obedience.

3 Responses to Resistance Is Blasphemous