If I Only Had a Game

I’ve long thought Oz had a lot of potential for video games, but it hasn’t had much success in that respect. One game I knew existed but hadn’t played or anything was the 1993 The Wizard of Oz for Super Nintendo. The Angry Video Game Nerd did a review of it, which is rarely a sign of a quality game, and most of what I’ve heard about it indicates it’s poorly made and ridiculously difficult.

Jared Davis also reviewed the game. One flaw is that it’s a platforming game, yet the Tin Woodman can’t jump. You can switch characters within a level, so I guess you could use him for a particular fight or something, but it’s still a bizarre choice. There’s also a glitch where you fall through platforms that you’re supposed to be able to stand on. To be fair, the movie doesn’t have a lot of action. The book has more, and a surprisingly high body count, but a lot more of it is dialogue and the characters using the resources they have at hand. Anyway, I still haven’t played it, but I did watch a complete playthrough on YouTube. While the game is obviously based on the film, there are some elements that suggest someone had probably at least glanced at an Oz book, particularly the fact that there are four color-coded countries through which Dorothy and her friends have to travel. Most of the locations aren’t from the books, but it wouldn’t have been at all out of place for the Rouge River, Cinnabar City, or Mallow Marsh to have shown up in the series. 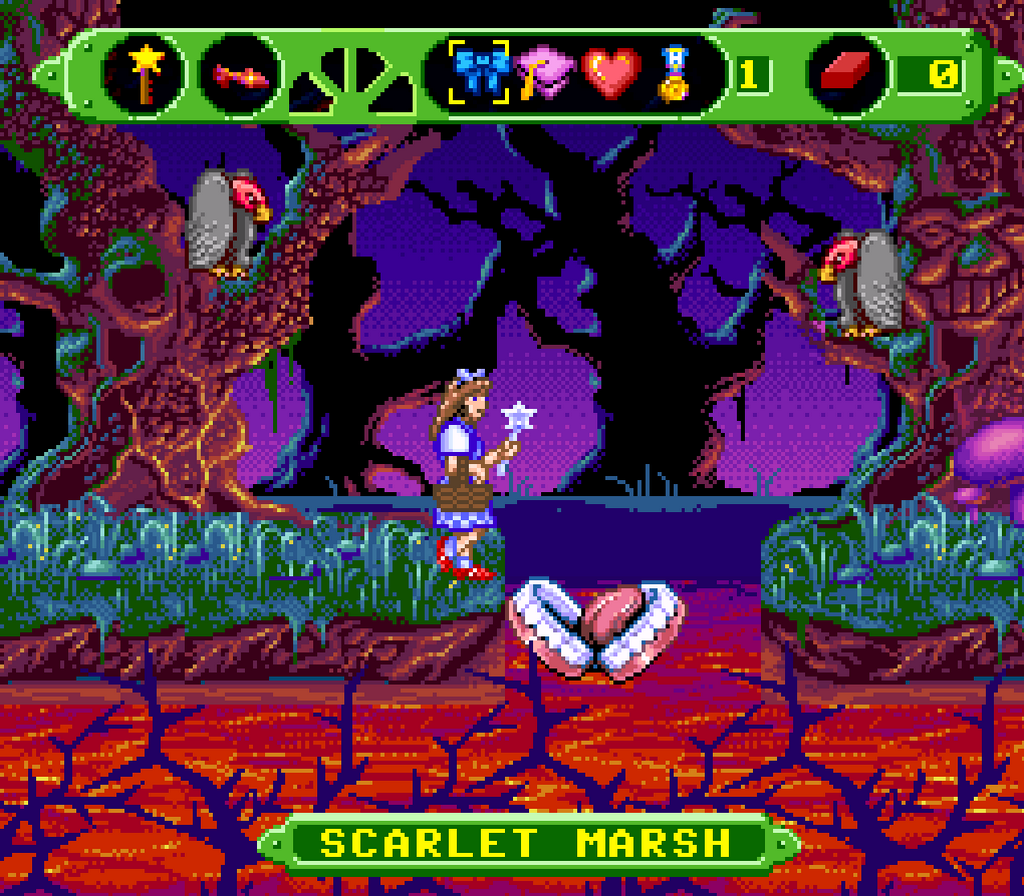 The colors don’t fit with the ones in the books, though. You start in the yellow country, and that has Munchkin houses. At least, they’re CALLED Munchkin houses, although you never see any Munchkins, just chairs that want to kill you for some reason

They probably chose yellow to go with the Scarecrow’s cornfield, which was in the Munchkin Country in the book. That was before L. Frank Baum had worked out how prominent the national colors were, though. And the Wicked Witch of the West lives in the Mauve Castle in the purple country, which I believe does match up with the Russian Magic Land books, but I’m sure that’s just a coincidence. Some of the enemies that block your path do have kind of an Ozzy feel despite not being from the books or movie, like cactus cats, corn cobs on unicycles, and animated topiary bushes. (Incidentally, the wizard Gorba in Grampa in Oz grew topiary, although they didn’t move around.) Nasty lemon drops that drop from trees are also a kind of clever reference. Each of your three companions is guarded by a boss, a giant crow for the Scarecrow, a small locomotive from the Tin Man, and an enormous mouse with a crown for the Cowardly Lion. I wonder if the mouse was a reference to the Queen of the Field-Mice from the book, although the game designers might have just taken the character from The Nutcracker. I’ve seen it suggested that some of the designs came from the 1990 Wizard of Oz animated series that aired on Saturday mornings, which I did watch at the time. The main characters, appearances, personalities, and voices were all clearly the MGM versions, but there were occasional things that felt a little like the books, mostly themed communities. The episode with Time Town, which the castles in the game resemble, even had a version of the Great Book of Records, although it worked differently. In order to progress in the game, you need to gather both enough bricks to form a road from one country to the next, and several tickets required to enter the Emerald City. It’s necessary to solve puzzles to get the tickets, and these mini-games are how they incorporate Toto into the action. Dorothy fights with Glinda’s wand, which she even spins around like a gunfighter at the end of levels, while the Scarecrow uses a pitchfork.

You fight the Wicked Witch just by hitting her a bunch of times, and that’s BEFORE you meet the Wizard. The Great Oz immediately sends you home once you reach him, with no indication of his being a humbug or helping Dorothy’s companions. Despite the incredibly abbreviated story, it seems like they did manage to include most of the important elements of the story as well as they could in a platformer of the time. What they didn’t do, at least from what I’ve heard, was make it playable.

I had forgotten about the Wizard of Oz RPG, Beyond the Yellow Brick Road, that came out in 2009 in North America. I understand there’s very little actual Oz content and what is there is pretty bizarre, but I should probably give it a try, so I added it to my Amazon wishlist. I also remember playing the 1996 PC game Yellow Brick Road, which I received as a prize at an Oz Convention. 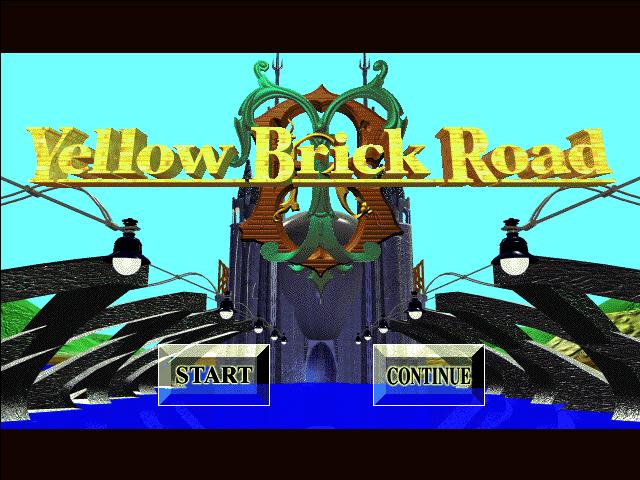 I didn’t get very far, but I remember it had weird graphics, battles where you had to push the enemy backwards, and talking radishes. 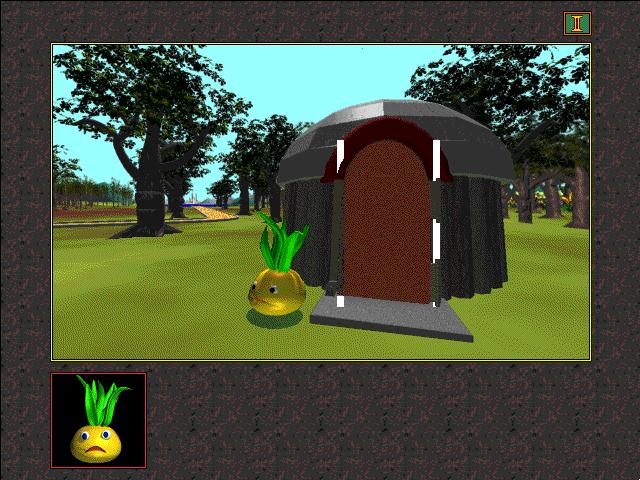 Also, Glinda was the ruler of Oz. I still have it, but it won’t work on my current computer. I think my favorite Oz video game might still be Emerald City Confidential.