I wrote about demonization last week, but there’s another way people dealt with gods they didn’t believe in, which is claiming that they’re simply people who came to be worshipped. Of course this kind of thing actually happened, both with humans being viewed as gods during their lives and after they died. In this case, however, it’s being applied to gods whose origins are lost in the mists of time. The philosophy is known as euhemerism after Euhemerus of Macedon, who popularized these ideas in the fourth and third centuries BC. His actual work has been lost, but it’s known that one of his main theses was that Zeus was really an early ruler of Crete.

Part of his evidence for this was a popular rumor at the time that the tomb of Zeus could be found on the island. Mythology does indeed say that Zeus grew up on Crete, and that he was the father of King Minos through Europa. 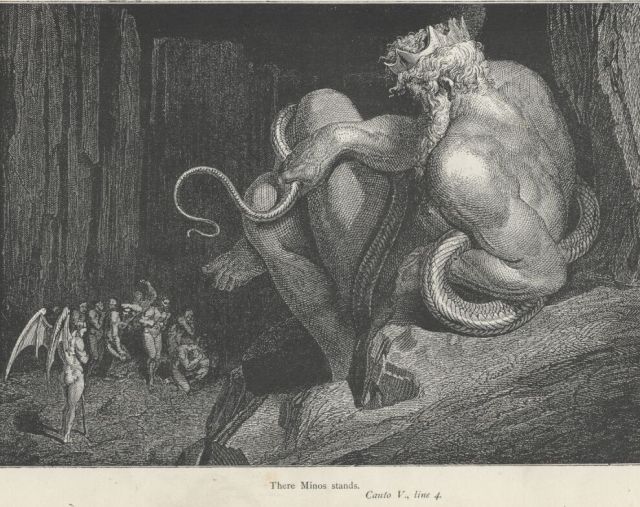 Euhemerism gained popularity among early Christians, who used it to explain away pagan deities. It was also the method used by Snorri Sturluson to explain the old Norse myths in a Christian-friendly manner. According to his prologue to the Prose Edda, Odin was actually a warrior from Troy, descended from King Priam, who came to Scandinavia and founded the ruling dynasties there.

As such, he not only reduced a problematic god to a mere mortal, but also gave a classical background to Scandinavia and its rulers.

He was obviously inspired by the Aeneid, which traced the origins of the Romans back to Troy. And while I hardly think it’s fair to compare Joseph Smith with Virgil and Snorri, the Book of Mormon also includes such a tie to another culture by proposing that the Native Americans were descended from Jews who left their homeland during the Babylonian conquest.

I have to wonder whether euhemerism ever works in reverse. I know I’ve seen suggestions that Biblical figures like Nimrod, Samson, and even Jesus were actually gods who were turned into humans to fit in with a monotheistic religion, but these tend to be fringe ideas. Of course, the line between gods and human heroes could be thin sometimes. Hercules, for example, was regarded as both.

7 Responses to Merely a Man