My Future Lies Beyond the Yellow Brick Road Actually, as with most of the songs, lyricist Yip Harburg wrote some additional words that didn’t make it into the movie. It was also the film that popularized calling it “Yellow Brick Road” as its proper name.

The road was in L. Frank Baum’s original book, but he usually just called it “the road of yellow brick” in lower-case letters.

MGM also introduced “Emerald City” without no definite article preceding it, and “Munchkinland” instead of “the Munchkin Country.” I guess proper names were more of a thing in the late thirties. It’s also common knowledge that the road in the film starts with a curlicue that incorporates red, leading some people to speculate as to whether there’s a separate Red Brick Road.

In the book, there’s no indication that Dorothy started her journey at the very beginning of the road. The map in the Tik-Tok of Oz endpapers actually shows it extending over the desert, which is most likely a mistake. The map by James E. Haff and Dick Martin places its terminus near the White Mountains. I suspect the eastern end of the road could be at the old Munchkin capital, but this is never actually stated. The branch of the road that appears near the Scarecrow’s cornfield isn’t in the book either.

The original book makes it clear that there are places where the road is in disrepair, and it’s also divided by both a chasm and a river. I have to wonder if whoever built the road originally put bridges in those places but they were destroyed. Phyllis Ann Karr’s The Hollyhock Dolls of Oz has a bridge across the river that was built there after the events of Wonderful Wizard. On the other hand, when the Scarecrow journeys back to his old farm in Ruth Plumly Thompson’s Royal Book, he needs the assistance of the A-B-Sea Serpent to cross the river, but there’s no indication of the gulf in the woods being a problem. Royal Book was written long before Hollyhock Dolls, but takes place later chronologically.

One of many problems with Henry Littlefield’s interpretation of the road as representing the gold standard is that there’s no indication that the bricks are made of gold. While gold is common enough in Oz to use it in road construction and gold bricks do appear in later books in the series, I’ve seen it suggested that Baum might well have been thinking of the Cream City bricks made in Milwaukee, which are somewhat yellowish in color.

In Roger Baum’s Dorothy, Boq states that the bricks are yellow due to the Good Witch of the North having made them with sunshine and love. Peter Schulenburg’s Tin Castle confirms this, and introduces a Yellow Bricklayer named Mortimer Mix who was built of bricks by Boq and animated by the Good Witch. His job is to replace damaged bricks in the road.

Donald Abbott’s How the Wizard Came to Oz and Paul Dana’s Magic Umbrella instead credit the road to the Wicked Witch of the East, in which case sunshine and love were probably not involved. 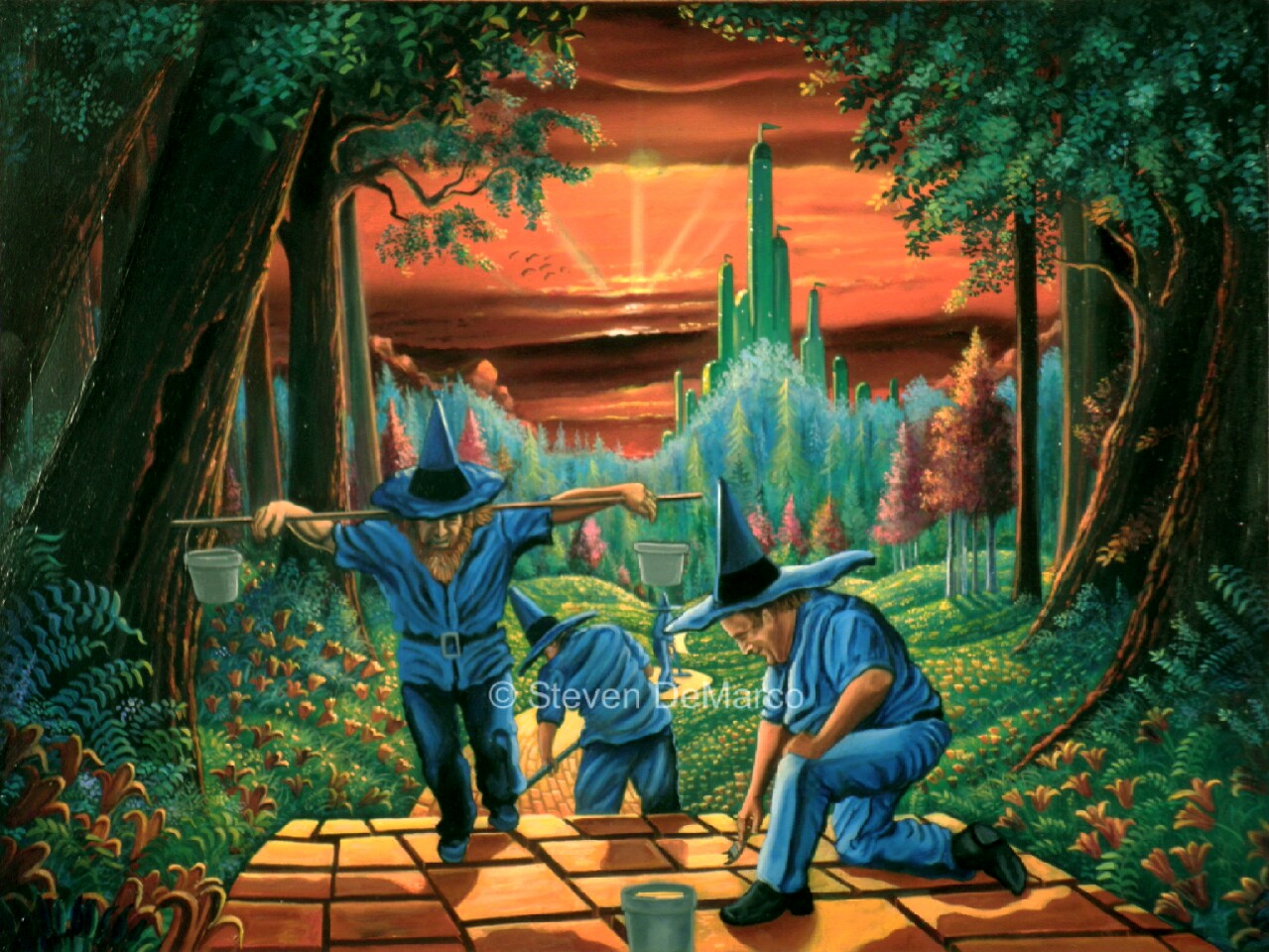 It’s likely that, by having a yellow road mark the way from a blue country to a green city, Baum was thinking of the color wheel. In Land, however, there’s also a road of yellow brick leading to the Emerald City from the purple Gillikin Country. There’s also a second one in the Munchkin Country in Patchwork Girl.

I don’t believe he ever placed such roads in the Winkie or Quadling Countries, but they do appear there in Thompson’s Gnome King and the McGraws’ Forbidden Fountain, respectively. I suppose it would be harder to find the Yellow Brick Road in the Winkie Country, since most of the roads there are yellow. 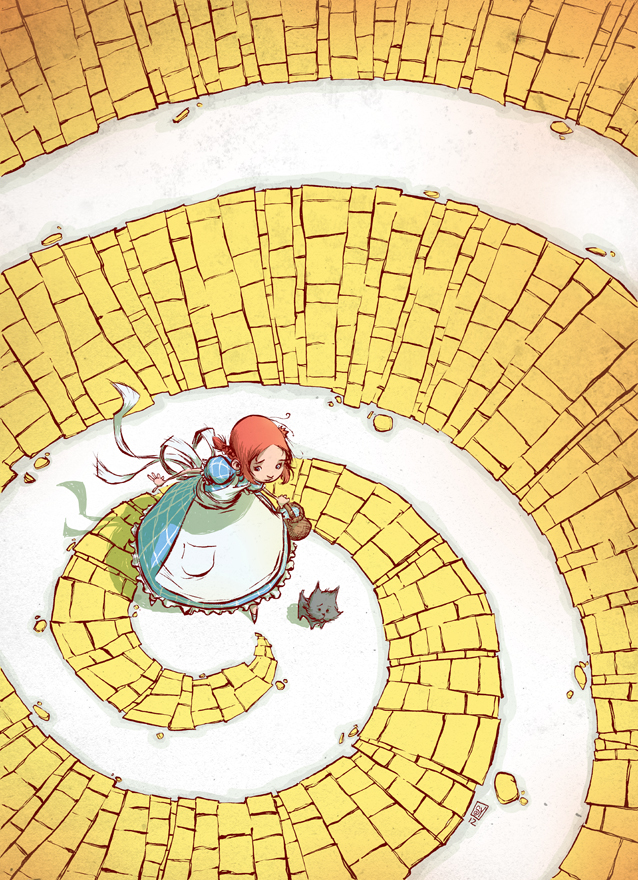 6 Responses to My Future Lies Beyond the Yellow Brick Road