While I’ve written before about the current rulers of the four main countries of Oz, as well as how these countries developed throughout the series, I haven’t said that much about the rulers of these places before the coming of the Wicked Witches. That’s largely because there hasn’t been much said about it, although there are some clues, and fan works have expanded upon them. Ruth Plumly Thompson essentially introduced TWO old Munchkin royal families, King Cheeriobed’s in the north and the Seebanians in the south. We know that Cheeriobed’s father ruled the Munchkins before he did, while Ree Alla Bad’s father in Seebania had control over the southern part of the quadrant. Henry Blossom’s The Blue Emperor of Oz adds another wrinkle with the Gump reporting that Ozma’s grandfather had once ruled Seebania.

I wondered before how they fit in with his having been ruler of all Oz, and Joe Bongiorno came up with a possible solution, that after leaving the rule of Oz to his descendants, the Blue Emperor took to ruling just Seebania. Since the Gump says Ozroar was always defending his throne against rival chieftains, Ree Alla Bad’s dad was probably one of these chieftains, who finally took control of the area after Mombi and Mossolb enchanted Ozroar. Since his brother Unc Nunkie was said by Dr. Pipt to be “the descendant of the former kings of the Munchkins,” he presumably did have some claim to royalty. When Ojo in Oz was discussed on the Nonestica forum, it was suggested that this Seebanian king’s secession of much of his territory wasn’t as peaceful as his brother and son made it sound, an idea I incorporated into an as-yet-unpublished story I wrote. Giant Horse reports that Cheeriobed’s father was enchanted (and possibly killed) by Mombi, and her placement of Quiberon in Lake Orizon resulted in a lack of communication between Cheeriobed’s home in the Sapphire City and the rest of Oz. The palace library does have a book mentioning Dorothy, Betsy Bobbin, and Trot, presumably written during the period of isolation, but maybe a bird brought it there. Mycroft Mason’s “Four Views of General Jinjur” indicates that the King of the Munchkins who appears briefly in Ozma and Road was a pretender with no connection to the old dynasty, another concept I used in my own writing. He would have been deposed before the time of Patchwork Girl, in which the Munchkins don’t appear to have their own ruler.

The official books really don’t tell us anything about the previous rulers of the Winkies, aside from the fact that Gloma ruled the southern part of the country. 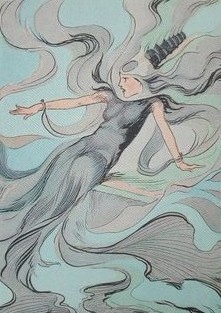 The Wicked Witch of the West was never able to conquer her, so she held that territory until Dorothy’s arrival, when she feared that the Kansas girl was killing all witches and started hiding out in the Black Forest. David Hulan’s story “The Gauds of Oz” identifies Good King Winkeslas as the one who first united the Winkies, and the WWW did away with the last of his descendants. I addressed their fate in a manuscript that I still haven’t really gotten to my liking, with the short story “The Triumph of the Wicked Witch of the West” being somewhat of a prequel to it. It looks like I wasn’t the only one who had an idea about Winkie rulers, however, as I understand Glenn Ingersoll has an unpublished novel dealing with that topic. And in Dennis Anfuso’s Astonishing Tale of the Gump, Queen PieRita of Amberly reports that her family had ruled the country for years, and she still claims the title of Queen of the Winkies.

There are certainly ways to tie all of these together, but I think it makes my own solution less significant. I will say that the old Winkie king in my writings is named Willinos, his wife Neldra is from Sun Top Mountain and the sister of Lord Tozzyfog, and Peg Amy is their daughter. Another one of my own stories, “The Red Desert of Oz,” indicates that the hereditary King of the Quadlings, Jandor Quad IV, abdicated in favor of Glinda when witches became rampant in his territory. He then ruled a small, isolated country, and Ojo’s mother Isomere was his daughter.

I also had the idea that the father of Azarine from Ozoplaning ruled a significant amount of Quadling territory at one point.

I had originally thought Princess Cozytoes from Frank Joslyn Baum’s Laughing Dragon could be another daughter of his, but that’s difficult to fit with Professor Dy’s comment that Cozytoes was ruling 500 years earlier.

The outline I’ve worked out has Azarine’s father disappearing when Glinda places the invisible barrier around Oz, although this would presumably mean he was a ruthless conqueror in Glinda’s own territory and she didn’t do anything about it. I can’t say I have it all figured out yet.

As for the Gillikin Country, Thompson never specifically states that King Gil of Gilkenny is a descendant of the traditional ruling family, but it seems likely based on the name. I believe J.L. Bell pointed out that, since Gil’s daughter Orin is married to the King of the Munchkins, this could could give them a claim to both quadrants. This could be why Ozma appoints a local king as Gillikin ruler after the disappearance of the Good Witch of the North, although I doubt such was Thompson’s intention. She was more into restoring traditional dynasties than dealing with political complications. Greg Hunter’s Enchanted Gnome introduces another old Gillikin ruler, also named Gil, but here ruling from a valley in the Gillikin Mountains. 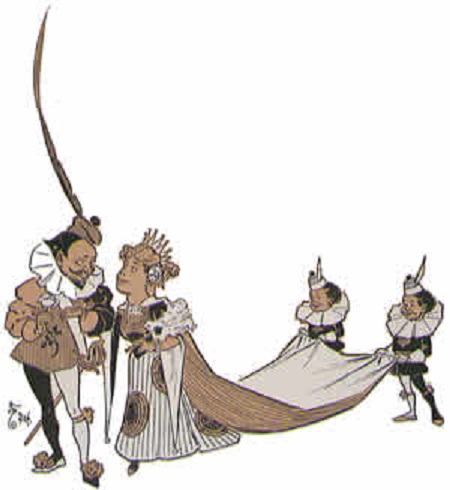 Gayelette would presumably have also had a good amount of territory in the country, but we don’t know exactly when she reigned. In “Gauds,” the jeweler Joyero who made the Golden Cap says that she gave him half her kingdom in exchange for the hat, as per the Winged Monkey King’s story in Wizard. He didn’t care for ruling, though, and later traded back. It’s certainly possible that the Gillikin Country, said to be the wildest and least civilized of the four, never really had strong central power. Some stuff I’m working on has it that the country was united by Emperor Gilkennius, founder of Gilkenny. I realize that I should probably be presenting these ideas in actual stories instead of speculative posts like this, but I haven’t really been in the mood for long-form writing recently.