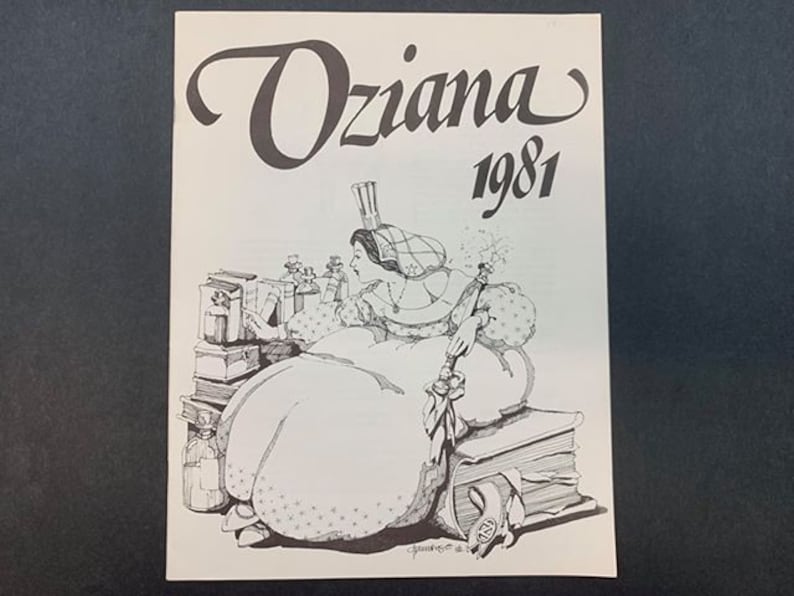 It’s Oziana time! Let’s delve into the 1981 issue, which has a drawing of Glinda by Denise Brunkus on the cover. Maybe this is just me, but it seems like her dress is made to look lumpy, and it puts me in mind of muffins. The introduction advises writers of Oz stories to have an interesting plot and not use too much dialogue. Our first story is:

“Adventure on Monday Mountain,” by Ernest Johnson – This is basically a morality tale, of the sort that’s common in children’s fiction, but doesn’t show up that much in Oz. Ozma transports a really messy boy to Monday Mountain, where he learns to clean up his act. I do appreciate when a story reuses a place that’s only briefly visited in the original books, in this case the laundry-obsessed society from Grampa in Oz. William Marston is taken under the wing of Amy Ammonia, who isn’t quite as strict and disagreeable as the other washerwomen. Then a crossword puzzle by Dan Cox is accompanied by a picture of Trot being saved by a mermaid during Scarecrow, drawn by Paula Cooper.

“The Eldritch Horror of Oz,” by Phyllis Ann Karr – This story is a crossover between Oz and H.P. Lovecraft, or a parody if you prefer, as it refers to two of the Old Ones as Cthjello and Yug-Succotash. (I wonder if Nevercouldnever ever ran into them.)

I’ve tried to read Lovecraft before, and I find the style difficult to get into, and that’s even putting the racism aside. But I do like what I know of his monstrous creations. This was later published in a horror anthology under the pseudonym L. Frank Craftlove. It’s narrated by a young man named Harkam, a student and then assistant professor at the Wogglebug‘s college. He has dreams of the typical Lovecraftian stuff, monsters and non-Euclidian geometry, and eventually reads in the Macronomicon (which is the same as Glinda’s Great Book of Records) that Ozian immortality might well be part of a scheme by ancient hexapods to obtain new bodies.

He also comes to suspect that the Wogglebug, whose actions in this story are pretty suspicious, might be an advance scout for these creatures. He takes issue with the magnification story, and thinks he saw evidence of a severed limb under the insect’s clothing. That does kind of fit with how the bug is generally described as having only four limbs, but his having six is part of the plot of The Woggle-Bug Book. There are some interesting details about Oz, many of them probably to make the crossover work, but most of them seem plausible enough. The college not only focuses on athletics but allows students to specialize in particular sports, and Harkam plans a sabbatical to climb Mount Munch. He also walks into the Great Sandy Waste to find some strange ruins, and claims that the desert’s deadliness doesn’t take effect until you get farther out, seemingly contradicting other descriptions. On the other hand, Harkam’s description of his past fits in pretty well with the implication in Magical Mimics that Lurline’s enchantment occurred about 200 years before the events of that book. It also gives a clever description of how a native Ozite might view the concept of death. Sunshine D. Nelson provided the illustrations for this.

The Rainbow’s Daughter of Oz,” by Sean Duffley – While visiting Glinda in the Quadling Country, Dorothy runs into Polychrome, who’s searching for her lost brother Schuyler. That’s a pretty appropriate name, both because of the connection to the sky and because L. Frank Baum used Schuyler Staunton as a pseudonym. A much later story, Jeff Rester’s “As the Rainbow Follows the Rain,” also gives Polychrome many sisters but only one brother, although there his name is Polyphemus, even though he’s not a cyclops. Dorothy and Billina learn that Schuyler is being kept prisoner by Kaliko in the Nome Kingdom, which seems a bit out of character for him, although I guess it fits with Rinkitink. The thing about that, however, is that it’s likely Baum originally intended the Nome King in that story to be Ruggedo (or Roquat). There’s an inside joke in that Glinda has fly paper made by a sorceress named Thompson who specialized in magic to cross the Deadly Desert, referring to how easily characters seem to cross the desert in Ruth Plumly Thompson’s books. The illustrations by Dana Linker are at least mostly based on John R. Neill’s pictures, with the one of Polychrome and Schuyler returning to the sky reminiscent of a drawing from Tik-Tok.

This tale isn’t related to Cliff Robertson’s book The Rainbow Daughter in Oz, although of course they both feature Polychrome. The back cover by Paula Cooper shows Emeralda Ozgood from Forbidden Fountain, which must have been new at the time. 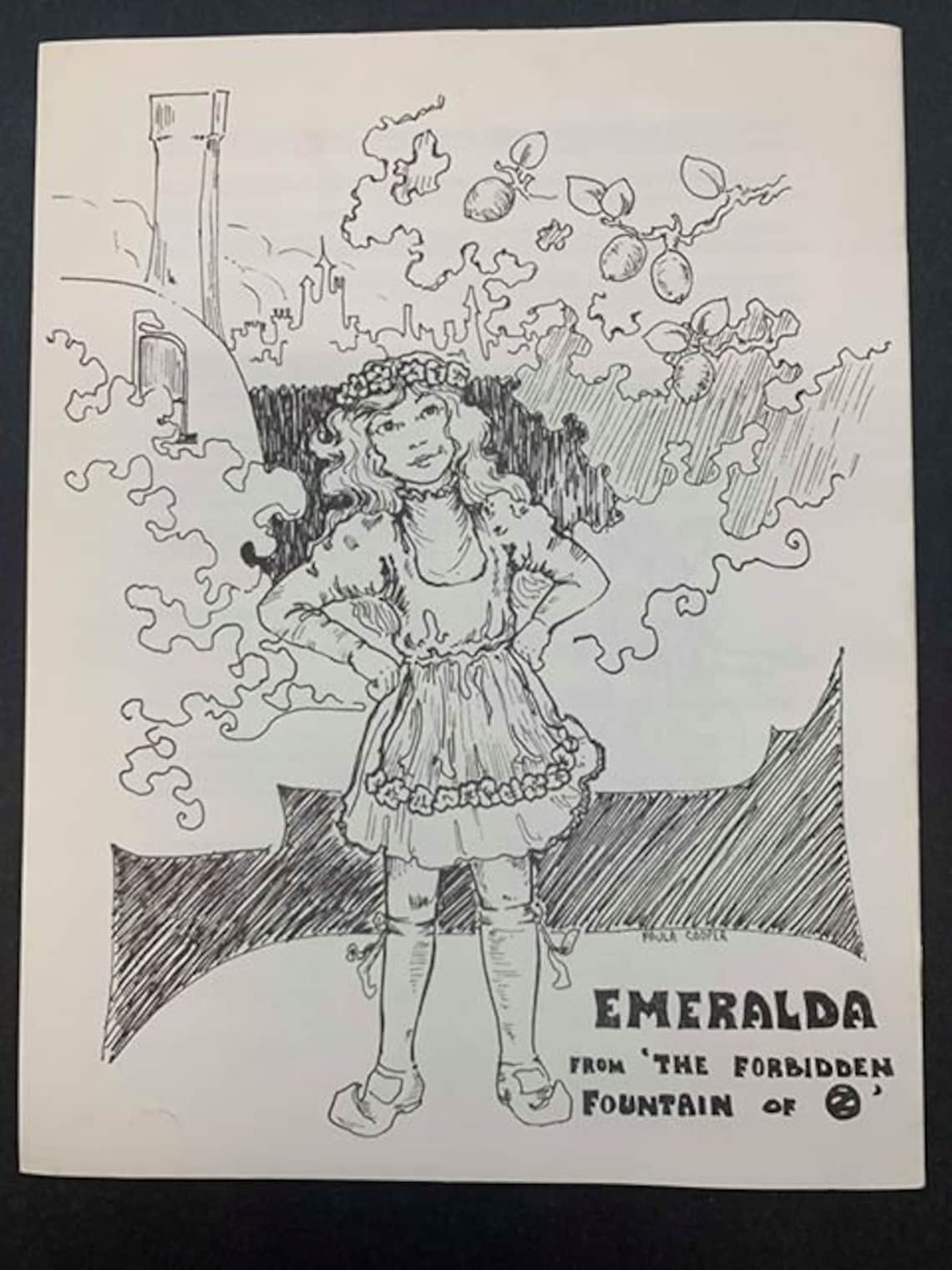 Next time, we have a play about the Scarecrow, Jenny Jump’s Turn-Style, and the Cowardly Lion fighting invaders.

1 Response to The Call of Cthjello